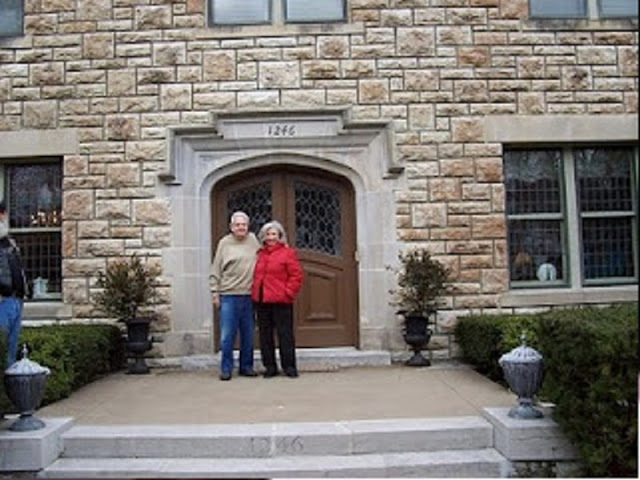 My grandpa has 2 siblings. Actually, I guess biologically my grandpa has 1 sibling, there’s a story there if you can’t guess… My grandpa was born in 1928, think back, depression time. He had a sister who was born 3 years later, again the depression era. No one knows why but his mom drove her kids in from Illinois to St. Louis and dropped them off at an orphanage. My great-grandma decided she wanted a son and so she and my great-grandpa headed to St. Louis to adopt my grandpa. At the time they didn’t have to keep families together so they just adopted my grandpa at age 6. Once they got home, they realized that they shouldn’t have split him up from his sister so a week later they headed back to St. Louis to adopt his sister but they’d already adopted her out to another family. Life back then didn’t require records to be kept, etc so they never knew where Aunt Sue went. Back in the ’80s, my grandma stumbled across stuff that eventually led them to my grandpa finding his biological sister. She’d been adopted into a family that already had an adopted son, Uncle Bill so my grandpa, Uncle Bill & Aunt Sue all claim each other as family and if you saw my grandpa and Uncle Bill next to each other, they are brothers! Unfortunately, Uncle Bill has been diagnosed with the early stages of Alzheimer’s. He can remember but not always. They live in Charleston, SC. My Aunt Ann and her man Wimpy drove Uncle Bill and his wife Aunt Nathalie up to visit my grandparents. This will probably be the last trip that Uncle Bill gets to take. While up here they also took him on up to Kansas City to see Aunt Sue and her clan. Here are some photos of Uncle Bill with Aunt Sue at the house they grew up in.

This is the house Uncle Bill grew up in

Wimpy got caught in a photo too