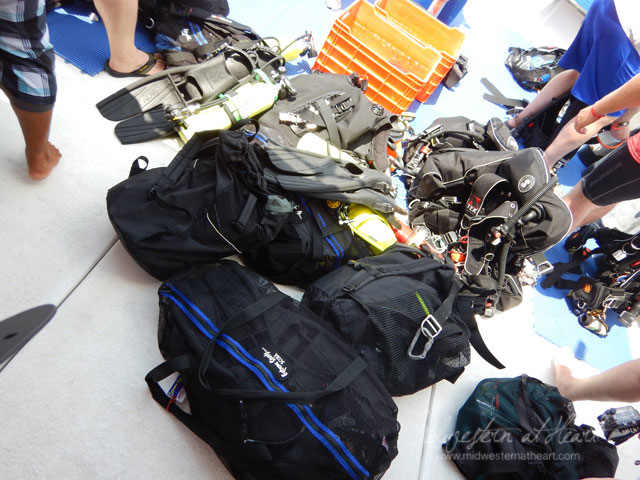 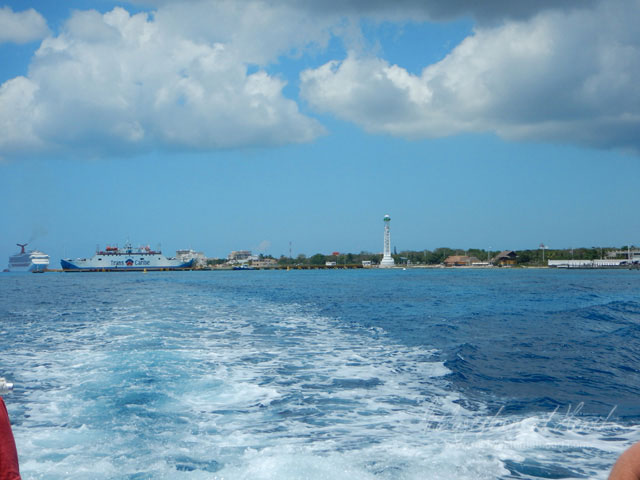 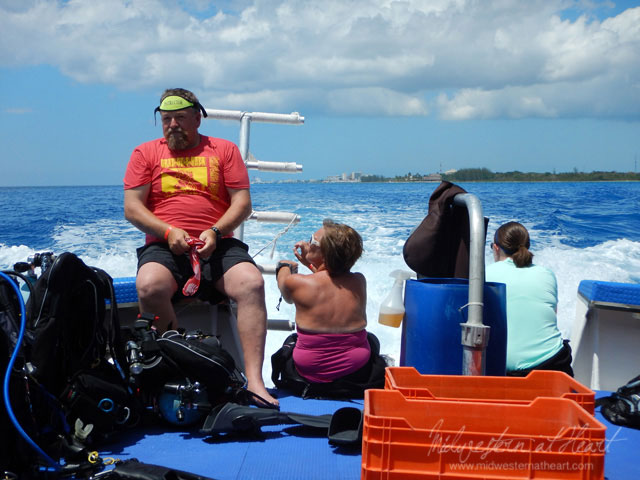 The dives on Saturday were pretty uneventful. No real stories or anything… bummer! Our first dive we did drop down on a shark. Remember, these sharks aren’t scary… I really thought they would be. This isn’t the shark we dropped in on, this was another one we found. 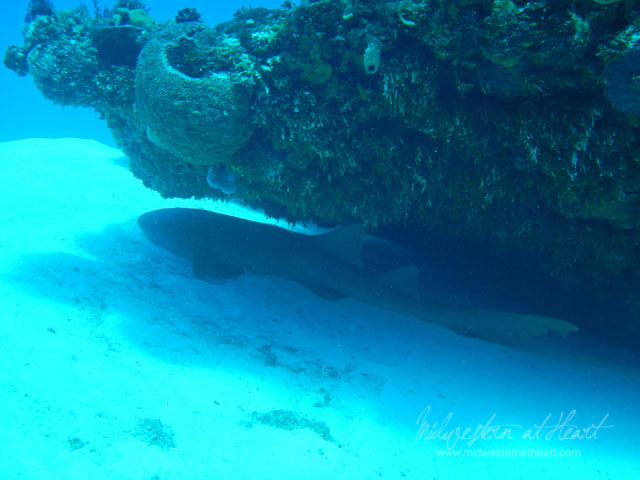 The last time I saw a rock fish was at the Oklahoma Aquarium. We actually saw this dude in the ocean moving. He’s weird! 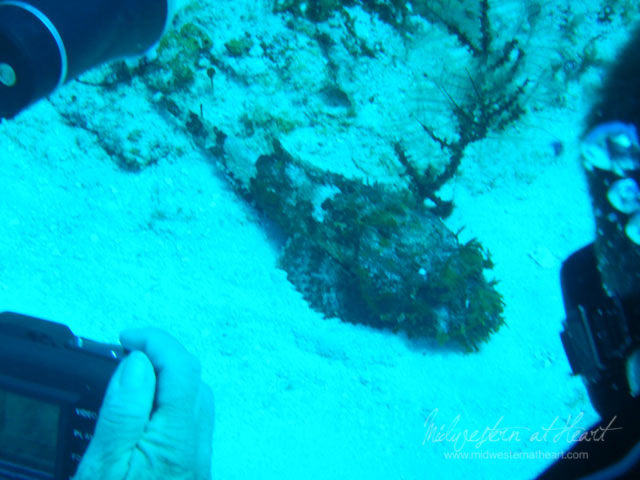 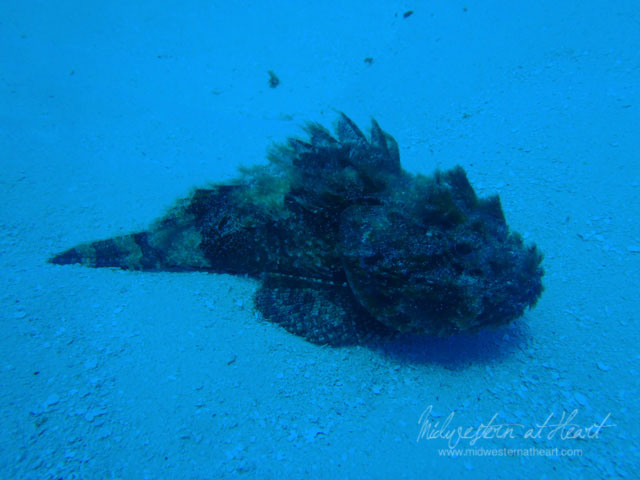 The turtles were out like crazy. And those guys, they go where they want. There is no stopping them…. 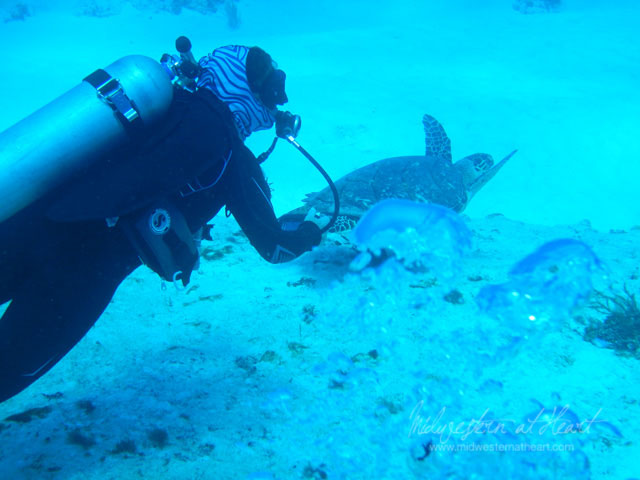 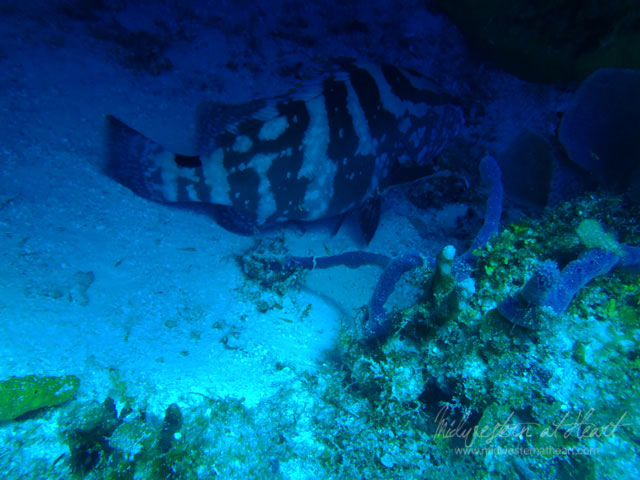 For some reason I never saw these guys. Obviously with that statement I didn’t take this picture… but they were there. I just never saw them. 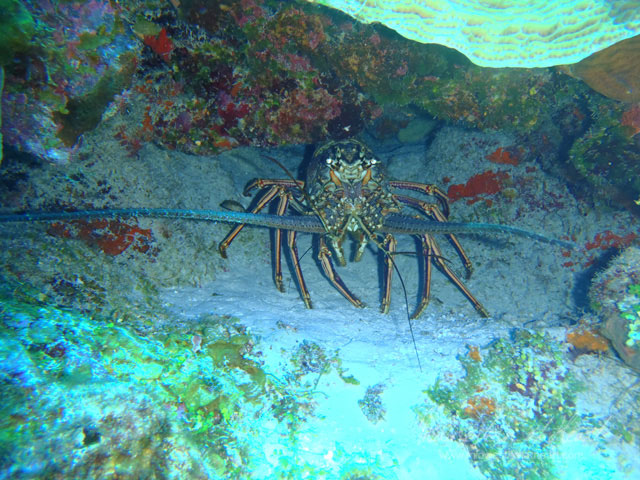 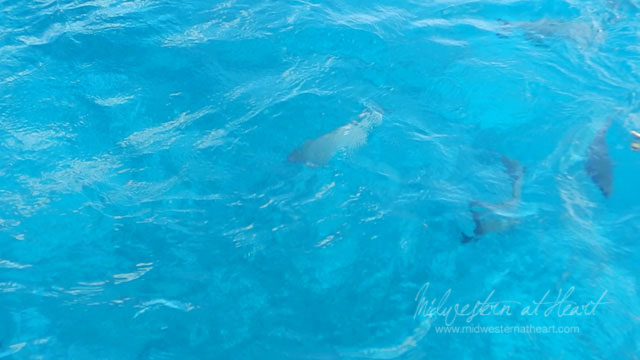 Then it was back to diving. I was told that my diving improved during the week which is a good thing. I started to get more comfortable in the ocean like I am in fresh water. But sadly, I was still an air hog. oy! I was also diving with people who were predominantly steel tanks versus my aluminum and yes, that does make a difference. 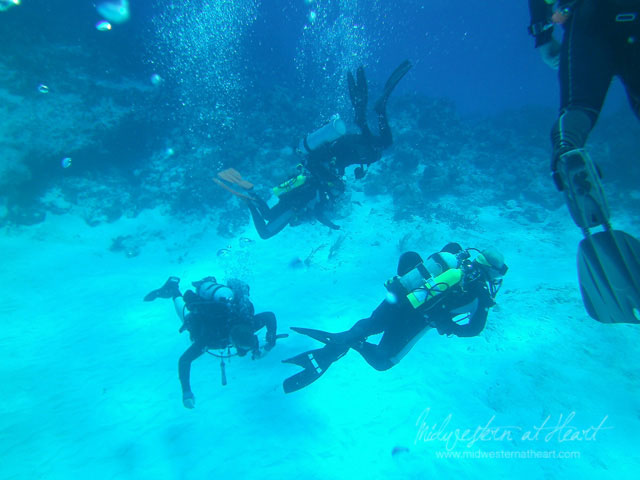 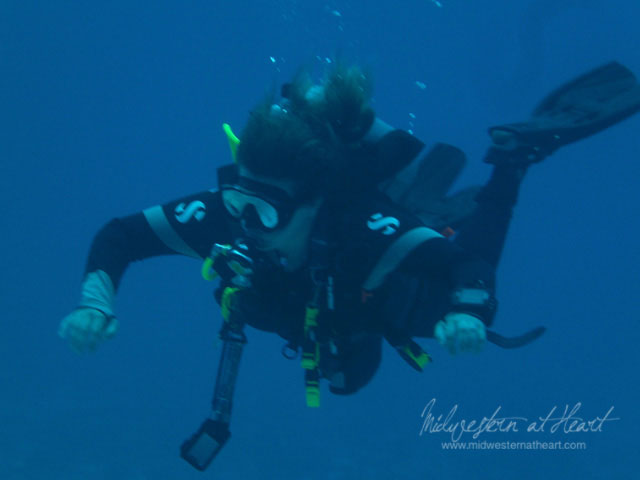 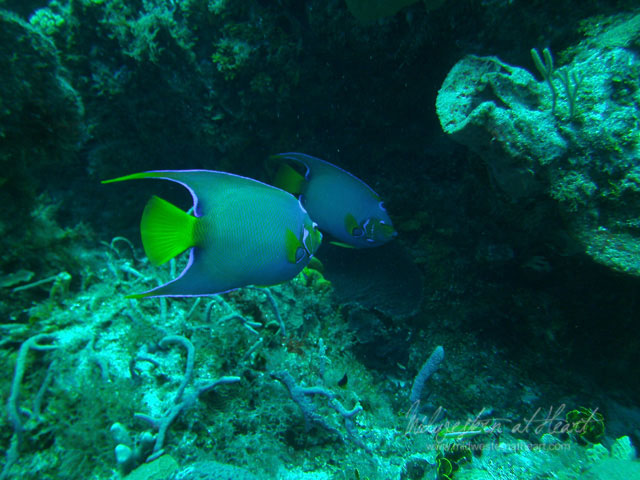 So one thing they tell you in open water classes is you can hear boats a lot better underwater. Okay maybe not better but from a further off distance… anyway there were times it was kind of a creepy feeling hearing the boats. but we were also quite a ways under the surface unless we were coming up doing our safety stop at 15 feet. 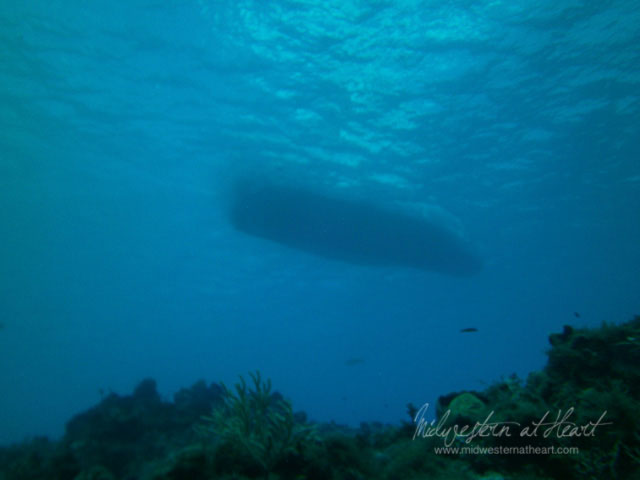 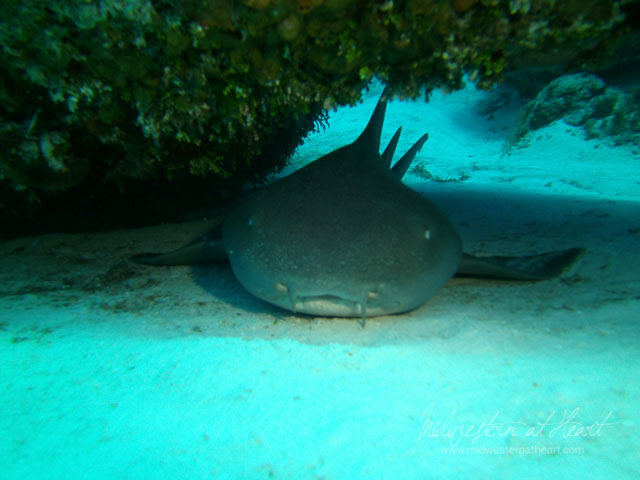 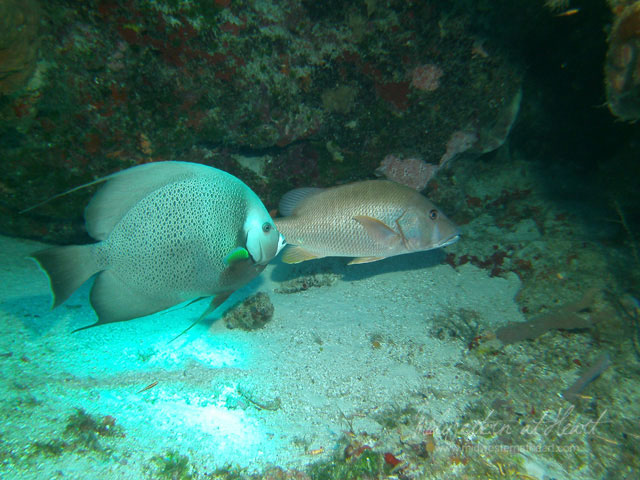 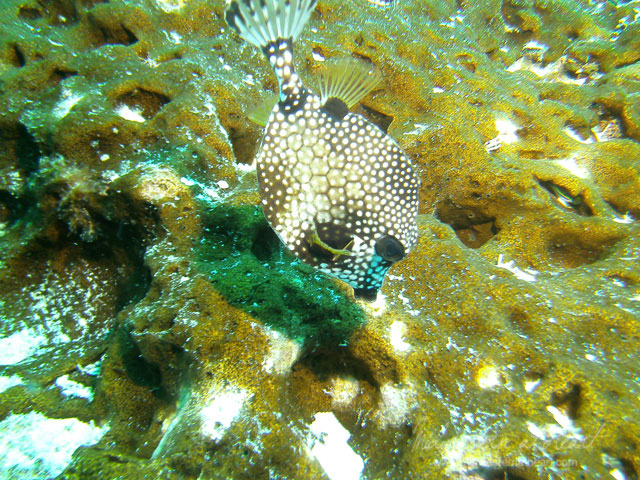 And that was all she wrote for Saturday. We had to get back to land by around 6 or 6:30 because Cezar, the videographer was bringing by the video footage he shot for us to see. That and we were racing this storm back. We never got rained on but you could see it raining off in the distance. Oh and the silly clouds ate my sunset again. darn them! 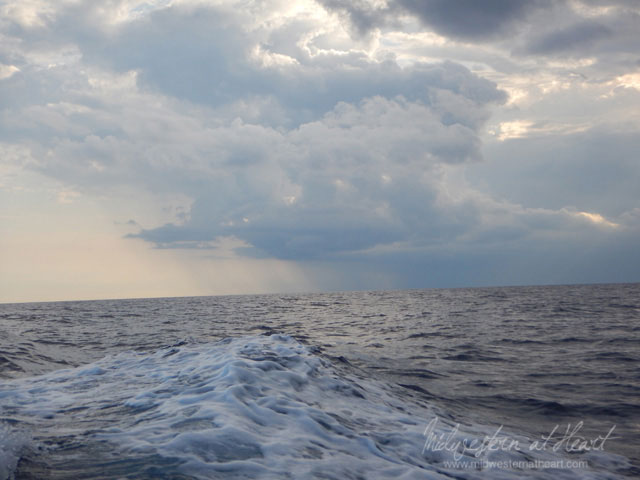 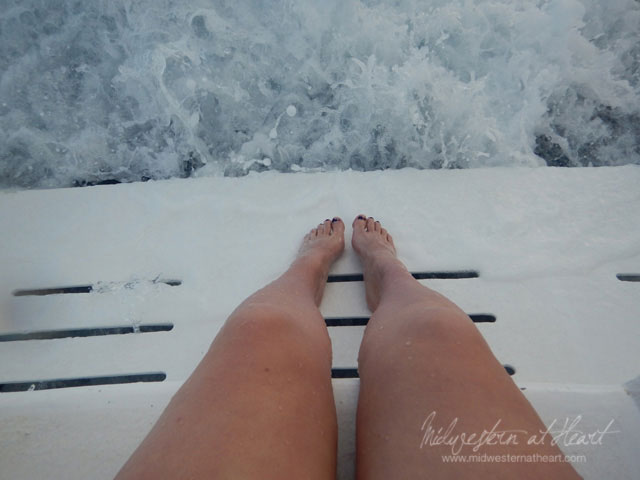 I do believe this guy was out to try and find fish for that fishing tournament which made us all wonder if our “friends” ever got their boat fixed. 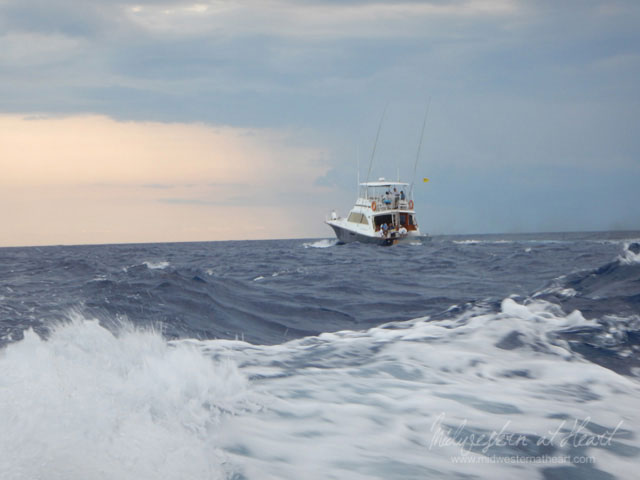 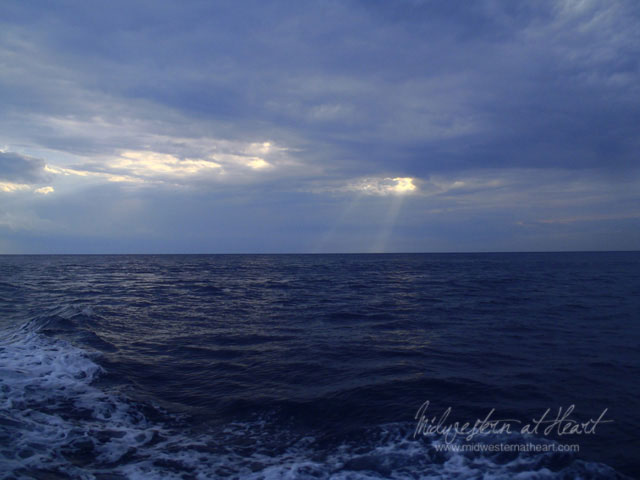 So if you’ve wondered how vehicles get across from the mainland to the island… this is how. It takes about 45 minutes to cross the water between the two. 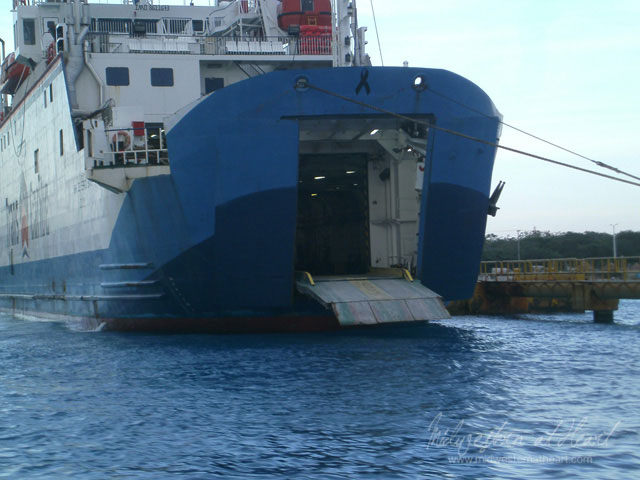 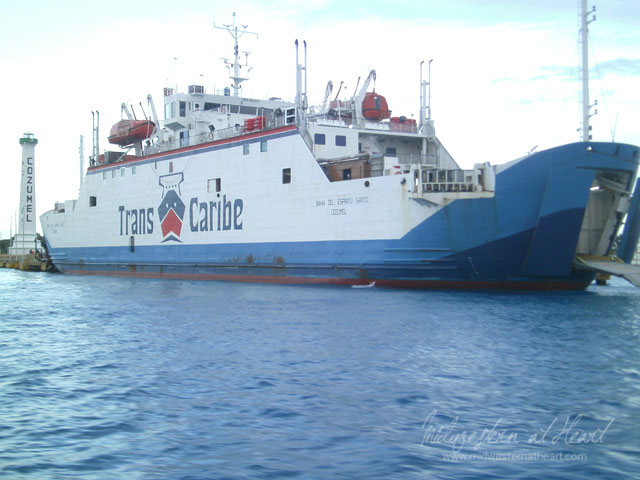 After we watched Cezar’s video, then it was time for dinner. The hotel does a buffet style but this Watermelon was up on the buffet. How cool is this? Really!! Someone has serious talent! 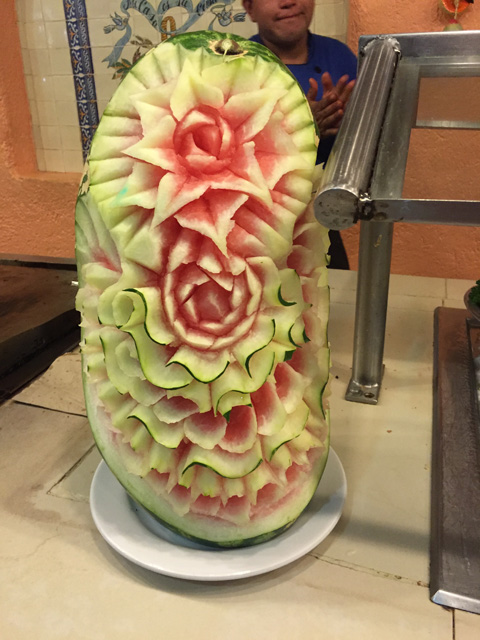 And these were the nights desserts. Deb and Grady said the prettier they are, the worse they taste. lol. These weren’t bad. 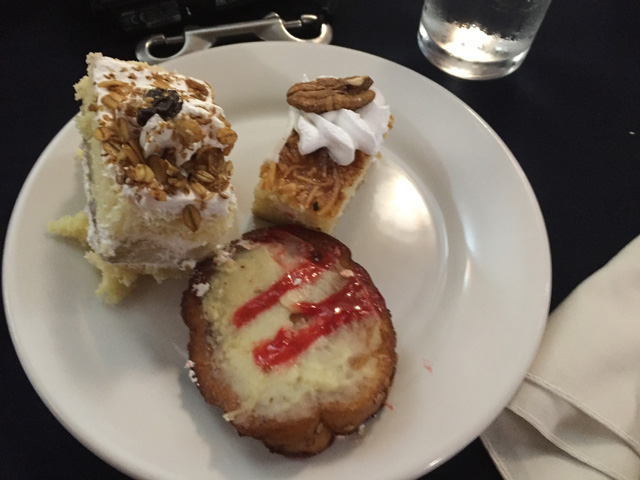 Then I couldn’t wait to get up to the room and put dry clothes on. I was tired of wet clothes!