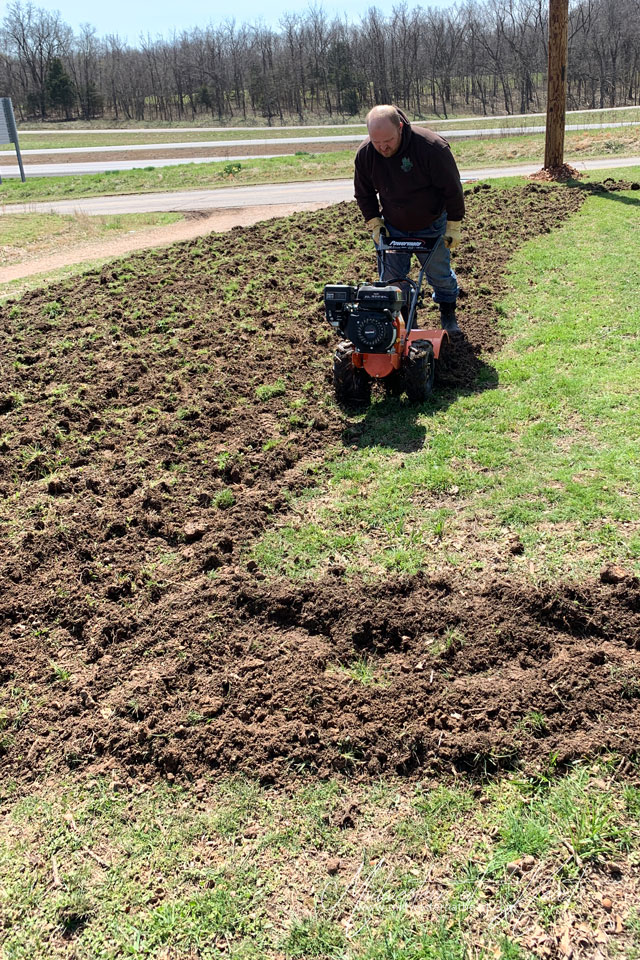 A year ago I really wanted to start a garden. It just wasn’t in the cards. We were trying to finish up our house and there was no time for a garden. Gardens are actually a lot of work. I had one a few years ago that was a small raised bed. I tended it every day. They are work.

But then this year… coronavirus hit and BAM, we all had time on our hands. haha. Back in January, we had a fire that burned up my little tiller. It wasn’t really the size to start a big garden anyway, but it was what I had… but the fire consumed it as well as that original raised bed I had. haha. Ironic… kind of.

I started probing hubby trying to question if we could get a tiller, etc. Why? Because I want to start a garden. Why? Why not? Why? Why not? Okay, you get the picture.

So hubby went on the hunt to find me a tiller. He finally landed on the Powermate 18 in. 196cc Gas 4-Cycle Rear-Tine Tiller. It’s a workhorse (pronounced haus). 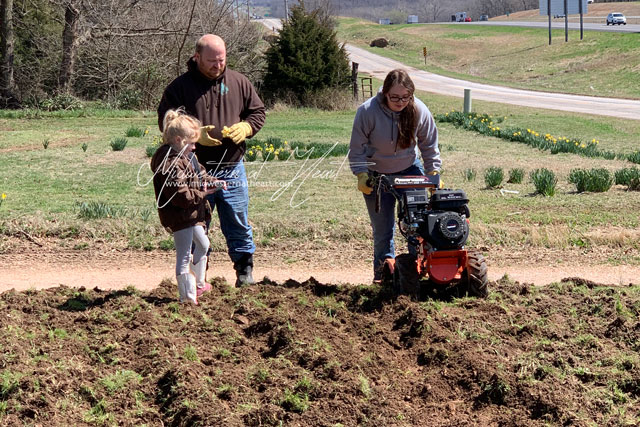 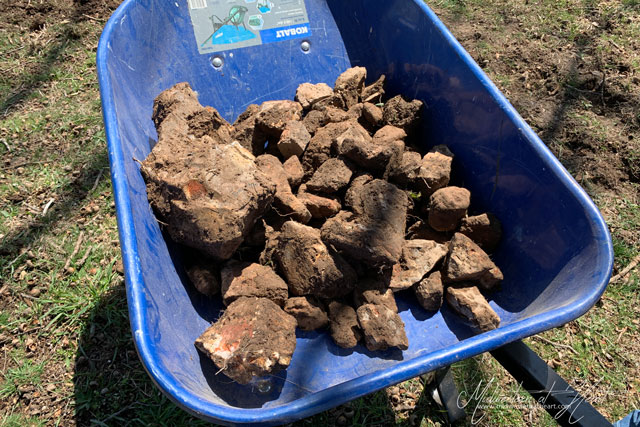 We kind of plotted out how large of an area of the garden I wanted and off we went tilling. I kind of stupidly chose. Why? Well… running the tiller east to west, on the east side there wasn’t a very good place to turn the tiller around and I had to walk down a really steep hill. When I stand next to it, it’s only about knee-high on me or so, but it’s super steep. Anyway, I was grumbling at myself for not leaving a small area to turn the tiller around/walk around that side of the garden.

And rocks. Oh, the rocks. Rocks, rocks, rocks. We don’t mow the lawn, we mow the rocks. I swear. I can’t even begin to tell you the number of rocks we pulled up out of this “garden” area. I went and dumped them in the fence row. 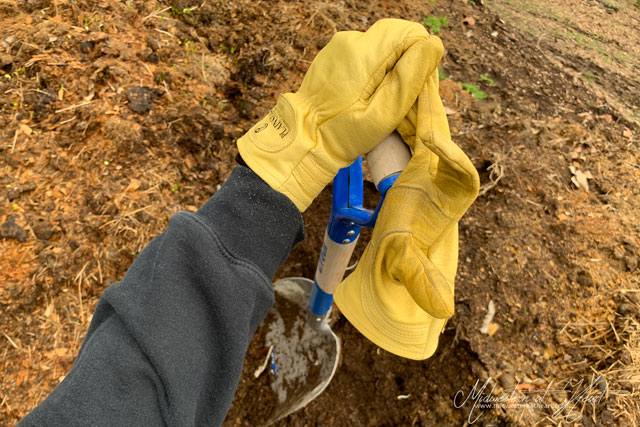 Now, living on a farm, especially one with indoor horses gives you fertilizer possibilities in the form of manure. One thing about horse manure is that it has to set… the longer the better… and really 2 years is a good amount of time. It helps break the manure down plus it helps to remove some of the nitrogen. You want nitrogen in your soil because that helps feed the plant, but if you get too much… you can potentially harm and even kill the plant. More on that later. 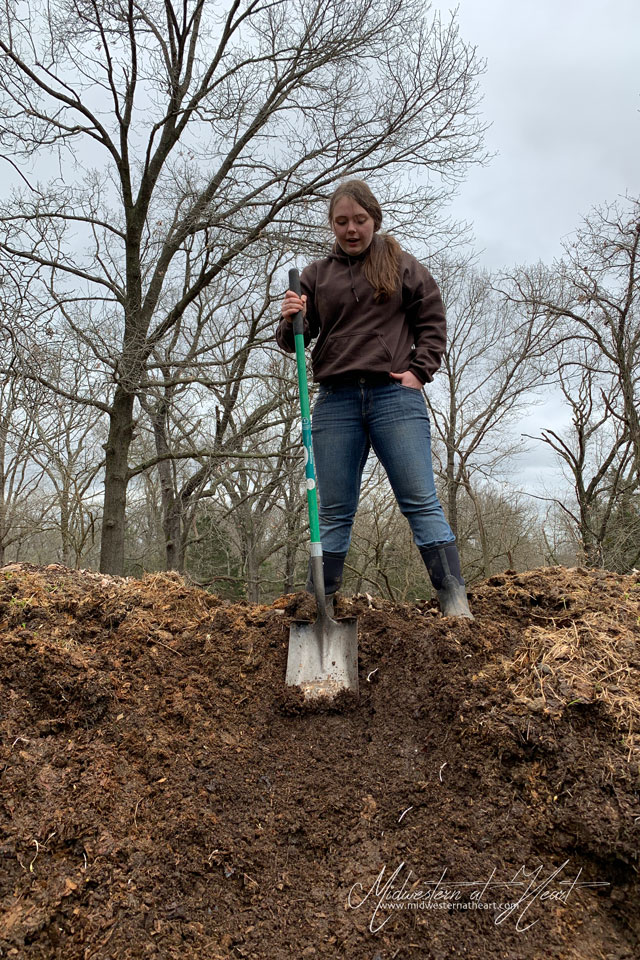 Unfortunately, we don’t have a tractor with a front end loader on it. bummer. So how did we move the manure? The hard way. One shovel full at a time… one wheelbarrow full at a time… on to the flatbed. Then we had to back the trailer off into the garden area and scoop it off. Oh gosh was I exhausted after this. Luckily, the older daughter likes me enough that she was willing to help me. I can’t even begin to tell you how many wheelbarrow loads we put on the flatbed.

At first, we had 3 wheelbarrows that we filled up, loaded them on the trailer, and drove the truck up just to dump the 3… then we had plans to come back. That was a huge mistake. For one, I wound up smashing the oldest between the wheelbarrows. Whoops. Then as I was unloading one of the wheelbarrows I just about dumped it all over the driveway as well as yanking myself off the trailer. It was a nightmare. That’s when we decided to just load the flatbed. 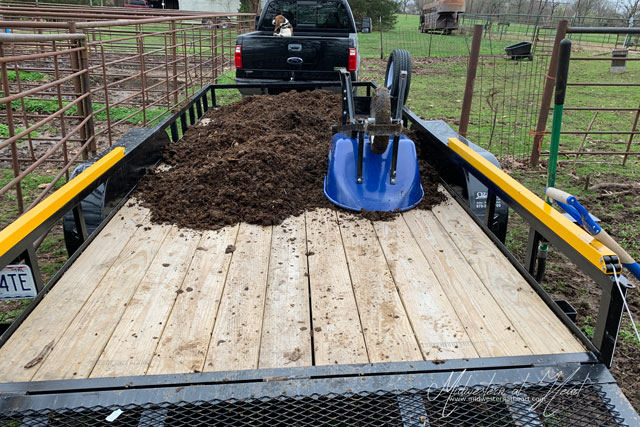 We got just a light covering over the garden. Hubby decided to help us unload the trailer. Good thing because the oldest and I were exhausted.

Falcons Fan for a Day
Cozumel México: La Mission and Cozumel
Letter To Yourself in 10 Years | Blogtober '14
Tbug's Breakfast Casserole (With help from daddy)