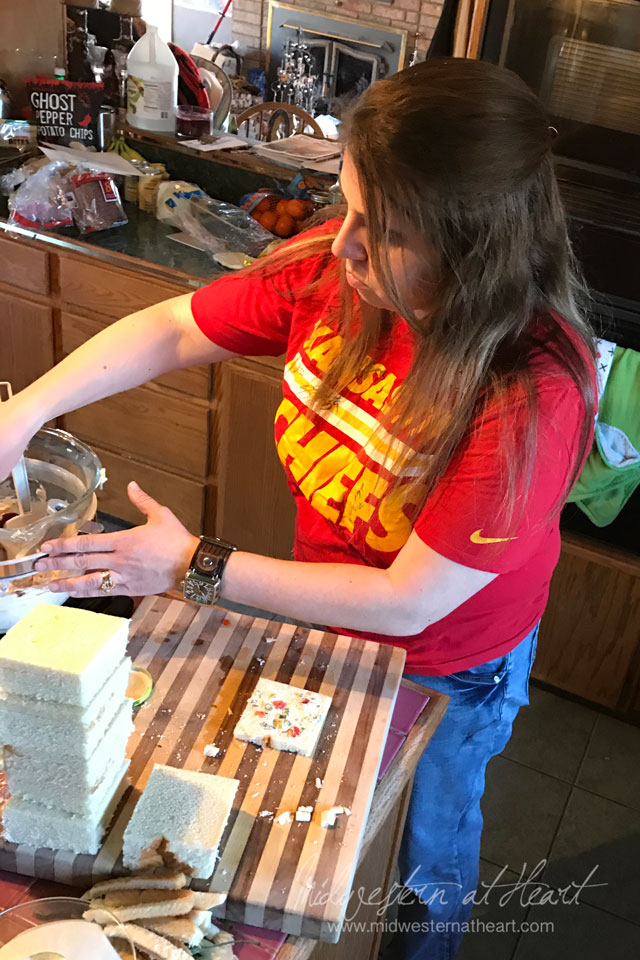 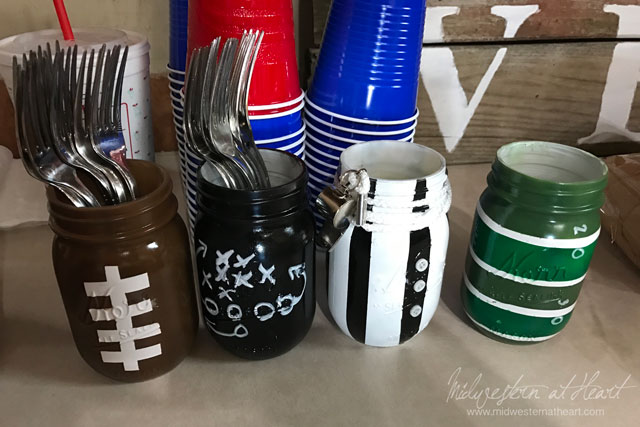 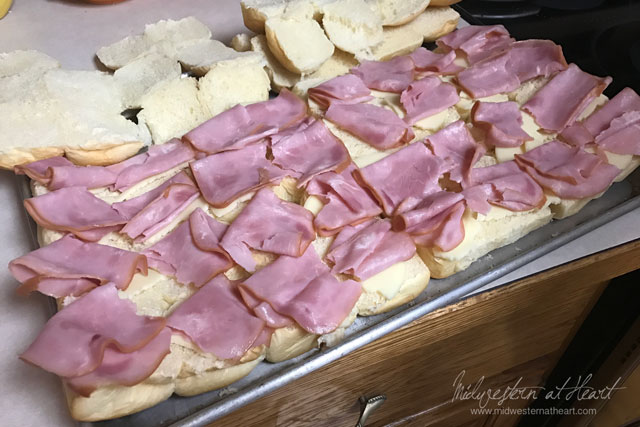 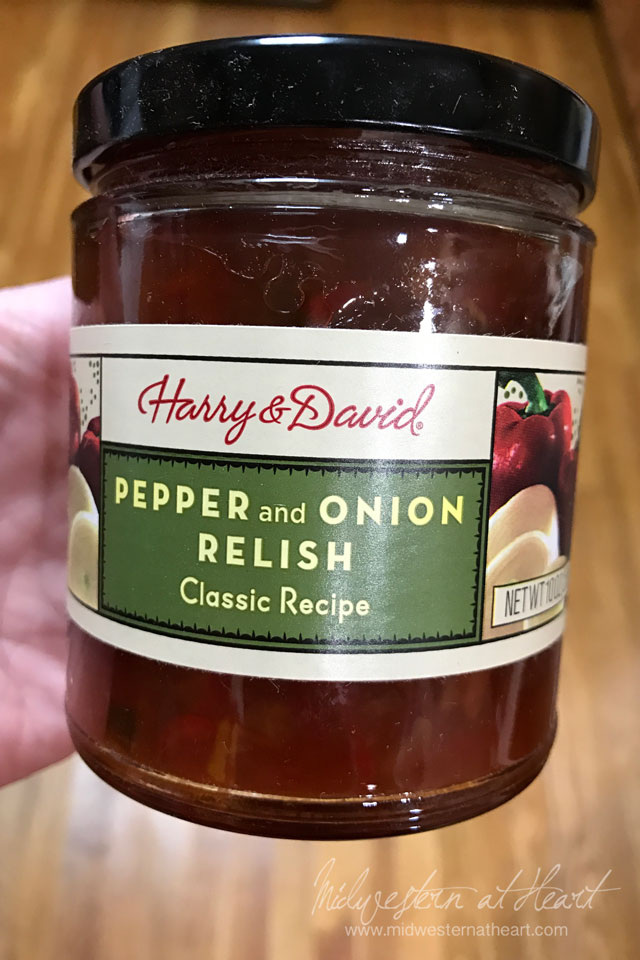 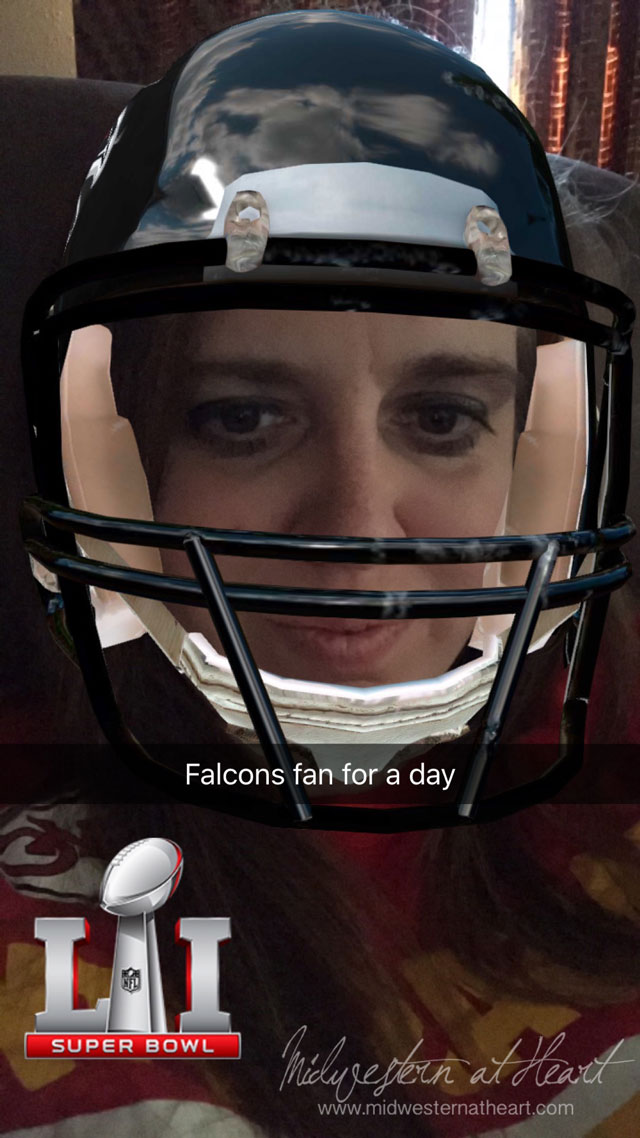 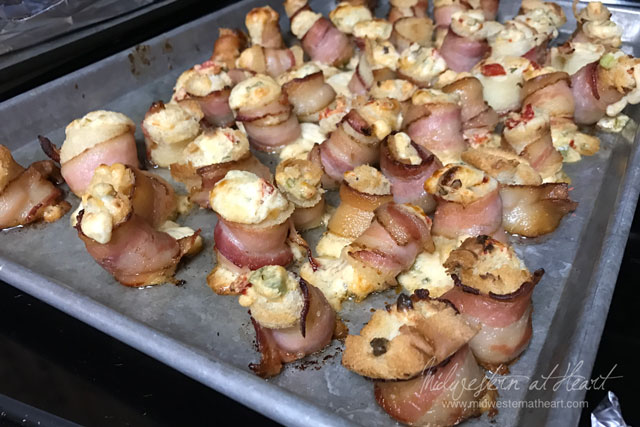 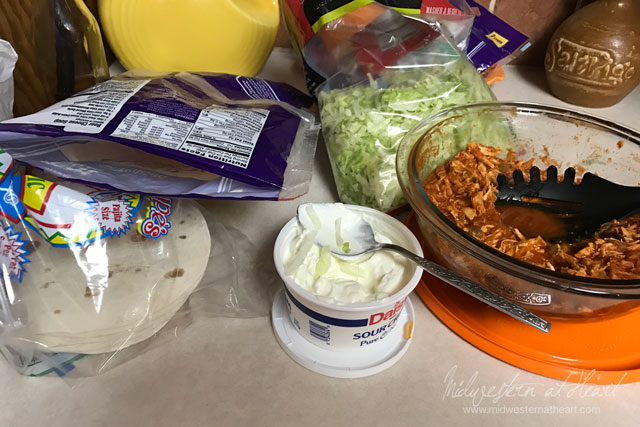 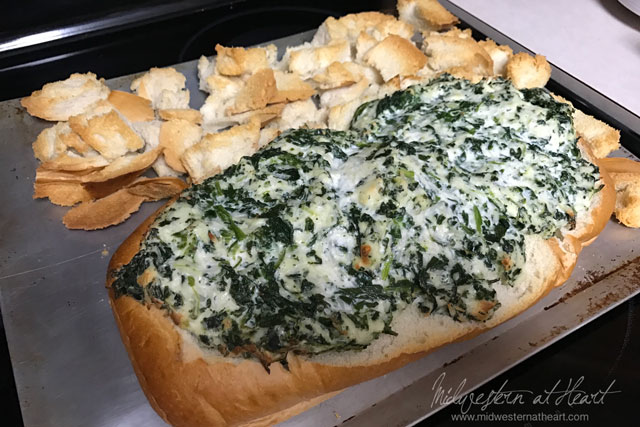 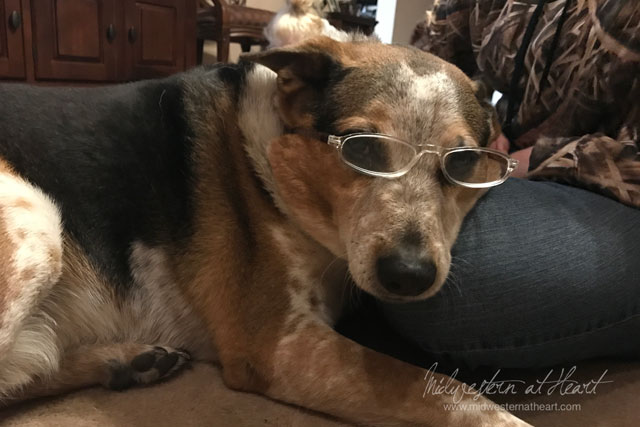 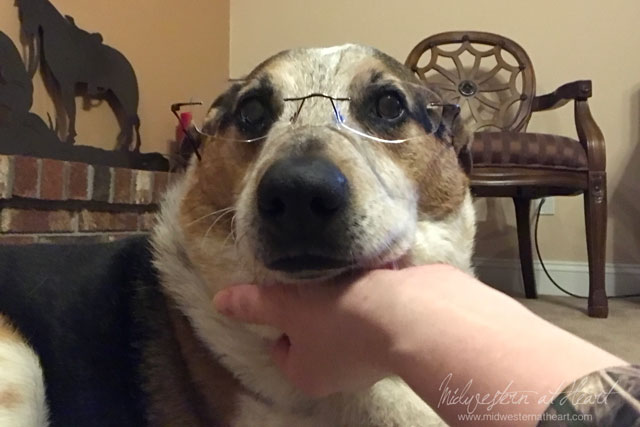 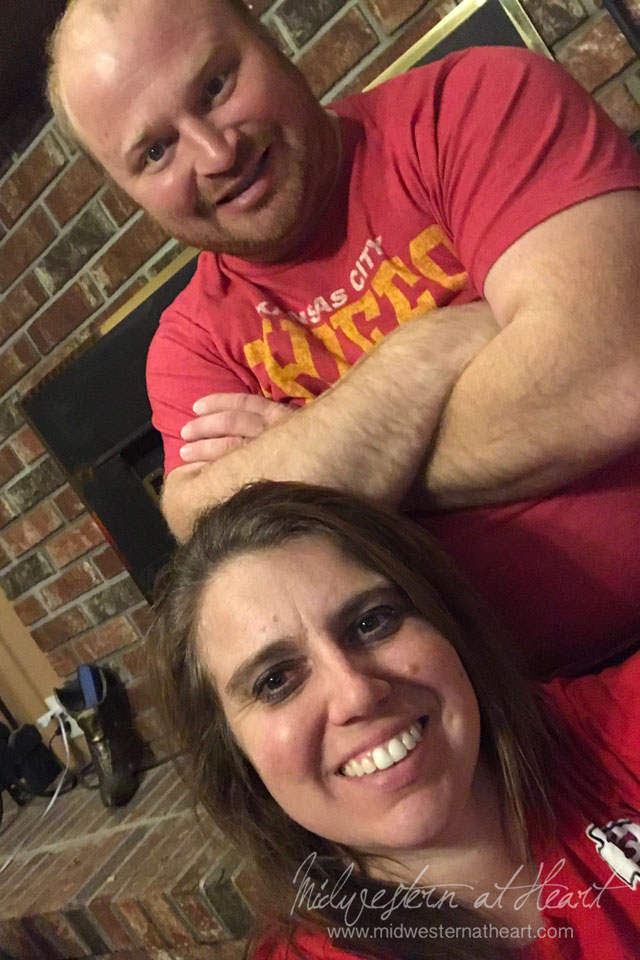 Well, since our Chiefs didn’t make Superbowl 51… I had to either be a Falcons’ fan or a Patriots’ fan… I chose the Falcons. Turns out they played a good first half and then lost it. In fact, they kind of blew it all to hell…. But even the second half of the game was pretty good really.

Yes, I did watch the game. Now don’t be fooled… I also ate. Sometimes food is more important. We also put glasses on Pete and tried to make him appear studious… And then when I posted that on Facebook I misspelled studious and put studios. Then I got made fun of. Then… Facebook wouldn’t cooperate and let me change it. <sigh>

We happened to be a house full of germs. A lot of us… I think there were like 20 of us or something… were either a) sick or b) the next week wound up sick. If you weren’t there… maybe that’s a good thing… lol.

The outcome of the game was 34-28. Lady Gaga did a superb halftime show. A lot of people were wanting to boycott the halftime show because Lady Gaga isn’t afraid to make political statements and there are so many mixed reviews on if her show was political or not. I’m siding with the not. There were a bunch of people (I read a lot of reviews) who were upset she didn’t make more of a political statement so they are going to boycott her now. Who knows… maybe the NFL made her sign a contract that said if she pulled anything she wouldn’t get paid. Remember back in like 2003 or whatever when there was the nip slip on Janet Jackson. Yeah… for years after that they really watched who they allowed to perform the halftime show. I’m just saying… with the heightened political state of our country, maybe the NFL made her sign something that she wouldn’t pull anything.

I’ve been in the Houston stadium. I didn’t realize that the roof opened up though… how cool is that? And that leap off the roof… sweet!

Luke Bryan did an awesome rendition of the Star Spangled Banner. I might like Luke Bryan, not all people do, but his a cappella version was fantastic.

And that was our Superbowl 51 party. Bring on the 2017 NFL Season! Sorry, I’m not a baseball fan, although I do love going to a good baseball game.