I hope everyone had an awesome weekend. Mine was spent packing/moving. I’m a little exhausted and I found a lot of muscles that I forgot I had. But enough about that… So here’s what I have for you today…

Late Sunday night we decided we needed a break so Mark texted our friend Deb. Earlier in the week she’d mentioned getting together on Monday but we weren’t sure if plans had actually been made. Late Sunday night they decided to go forth with plans. Monday morning meals were discussed and by Monday afternoon we were lounging by her pool, prepping/cooking food, and just relaxing. Well I relaxed, other than playing fetch with the dogs… but that was actually relaxing, all hour and a half of throwing the toy for them to retrieve.

After dinner, Deb was like, I have dessert! That’s where today’s post comes in… A Chocolate Eclair Cake. 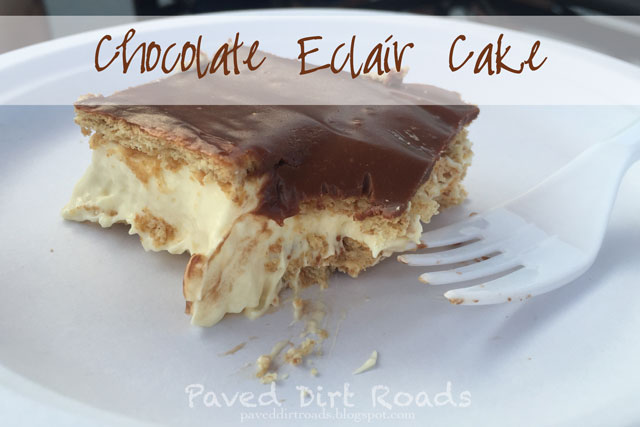 So pardon the pictures, my big girl camera is buried somewhere in boxes or clothes… so you get the trusty iPhone, which I wasn’t so happy about. I love my big camera. But that’s besides the point. 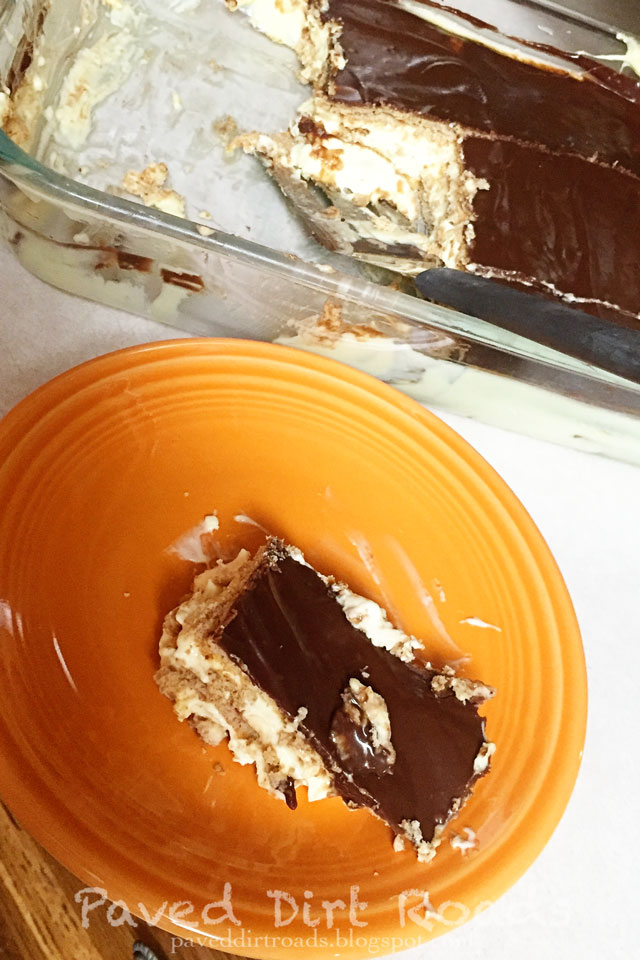 The milk is for the pudding. Make the pudding according to package directions. Mix in the cream cheese, powdered sugar and cool whip. Set aside.

Topping:
4 squares (about 4 oz) of chocolate, melted.
Mix in 1 cup cool whip. Then place on top.

The chocolate will harden up and give the topping a nice “hard” layer coating. And bam, let it set and meld together, then EAT!