This is the last Tuesday of the month which means that EmmyMom has her mem up… but I still have the rest of this week so come Friday I’ll probably have that post up. Instead let’s focus on last Tuesday.

Last Tuesday night hubby went over to the Guard Shack to help out with a KMO barrel racing event that was going on. I really wanted Tacos so I told him that Abug and I would go as long as we could stop by Gringo’s and get dinner. Hey I drive a hard bargain!

When we got there, Abug and I ate dinner before I’d let her play. I was afraid if I didn’t make her eat first, she wouldn’t eat and then she’d be hungry, although the kid knows how to and loves to eat. So maybe… just maybe, she’d have eaten…

Moo took her once she got the chance and they played with the horse. Abug was scared of this horse, why I’m not sure because she’s been on it before. Finally by the end though, Moo had her on the horse by herself. It’s not like it is a real horse anyway… 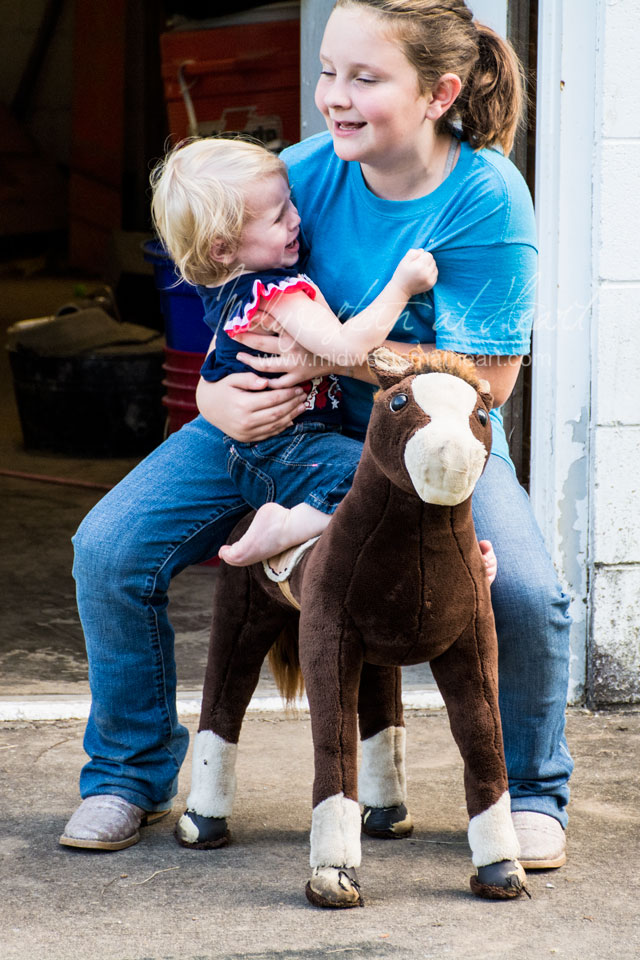 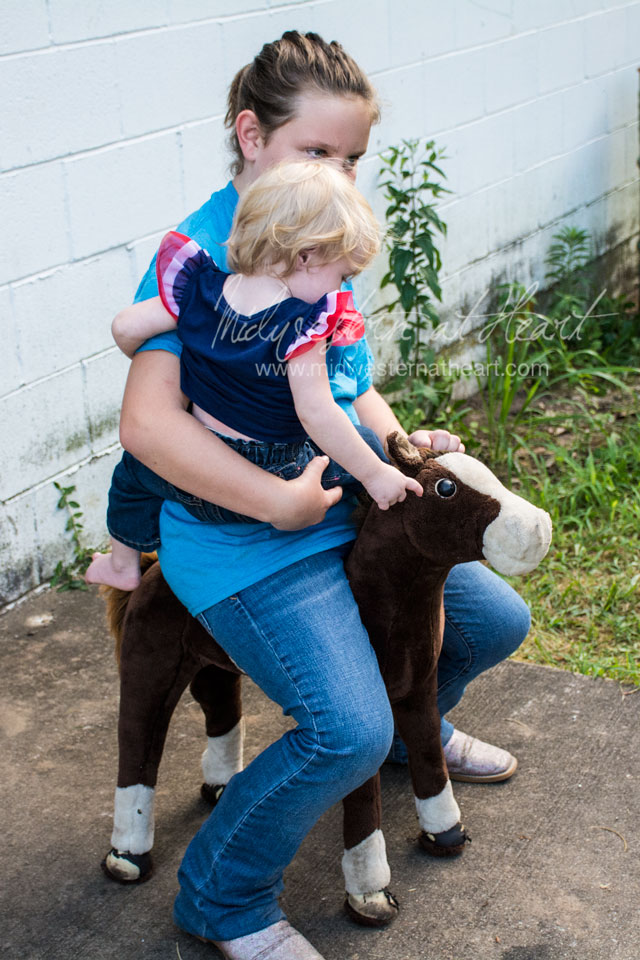 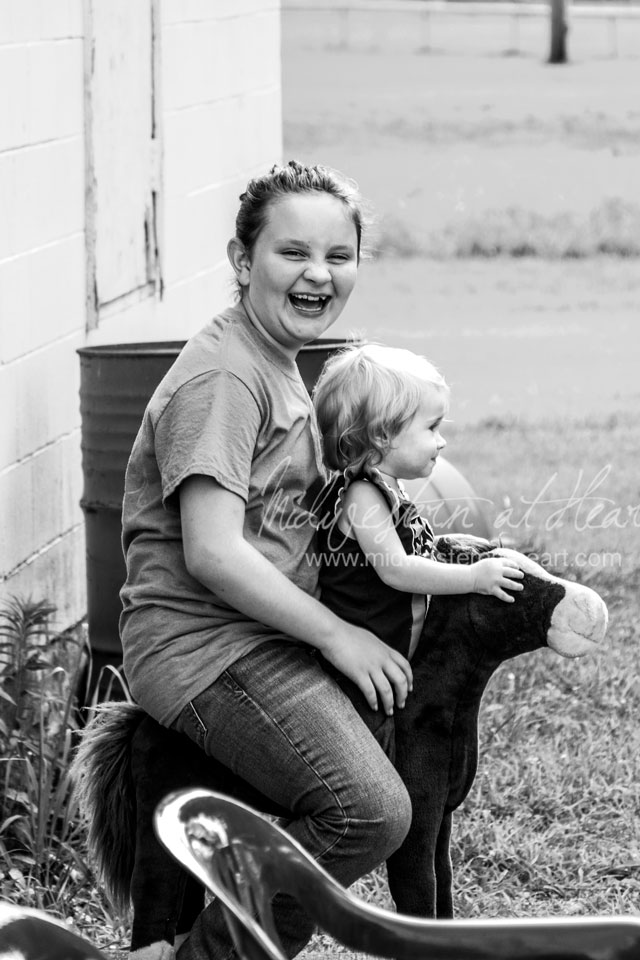 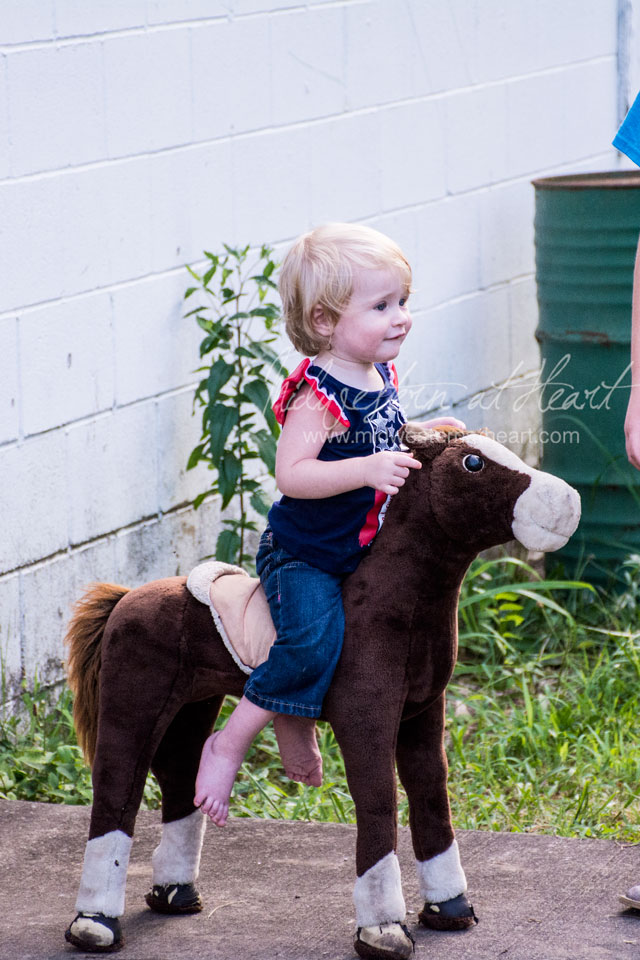 Then by the end of the night, I came with a 1 year old and left with a teenager. She soooo had fun hanging out with the older girls. 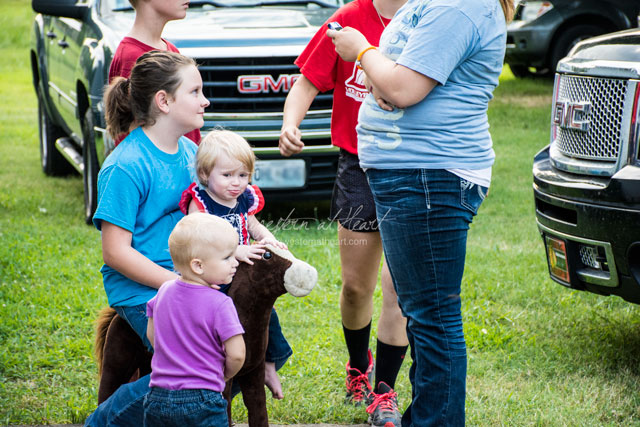 When we got there, it was still a bit on the early side so the guys were just hanging out. But then it really picked up. So at first I was giving them fits about just chatting and doing nothing, but by the end, they were hopping. Don’t worry, the Guard Gals helped a little 2, both of us that were there :). 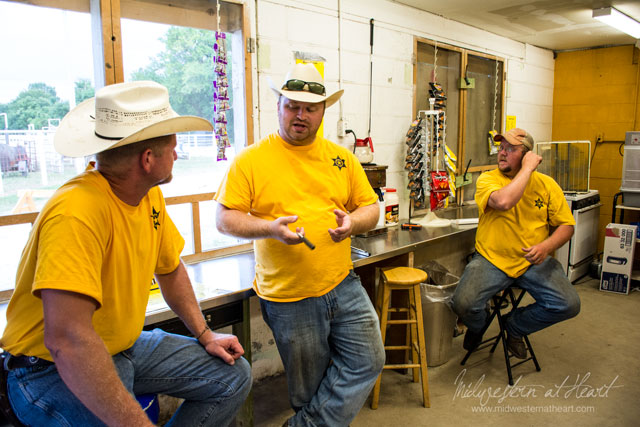 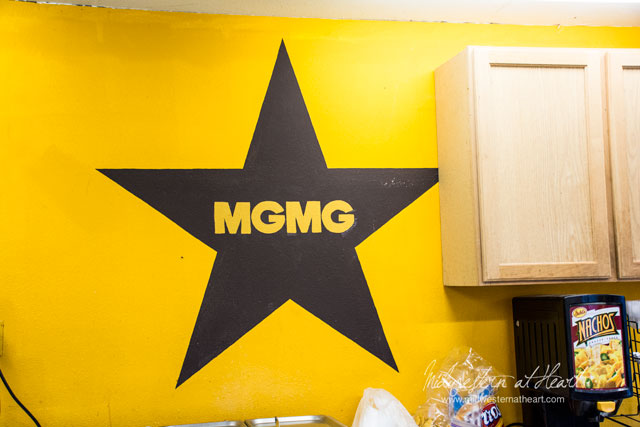 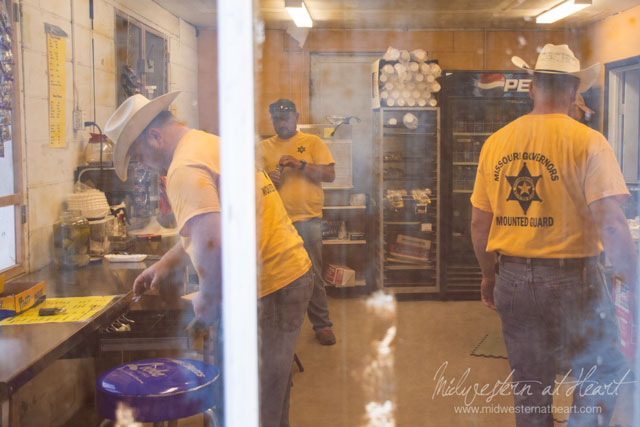 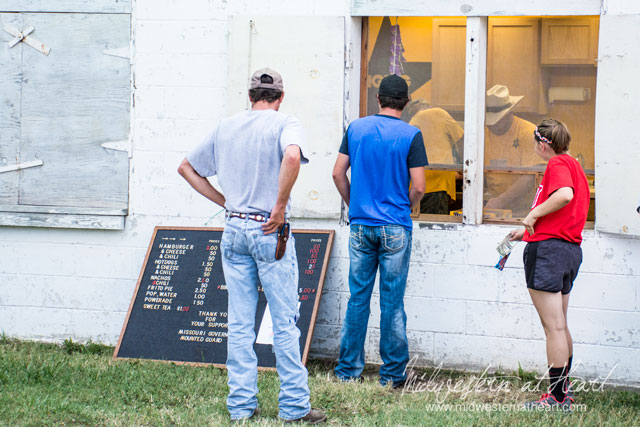 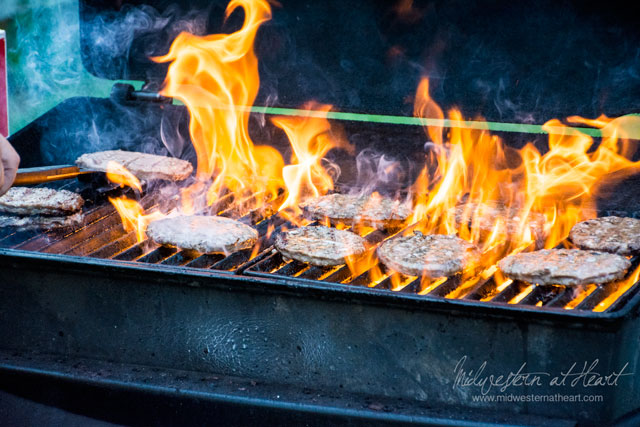 So, these were some trusting individuals leaving their phones in the guard shack like this… I’m not sure whose they were. 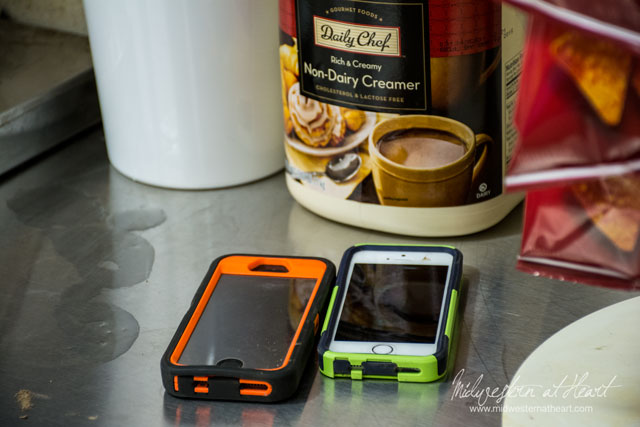 While some of the guard were in running the shack, the other guard guys were managing the tractor and plowing the arena. 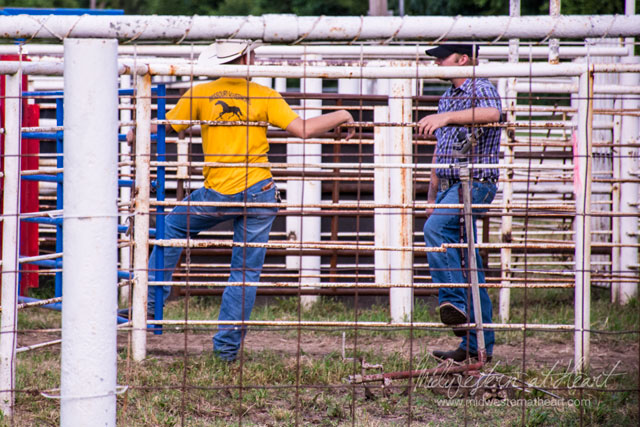 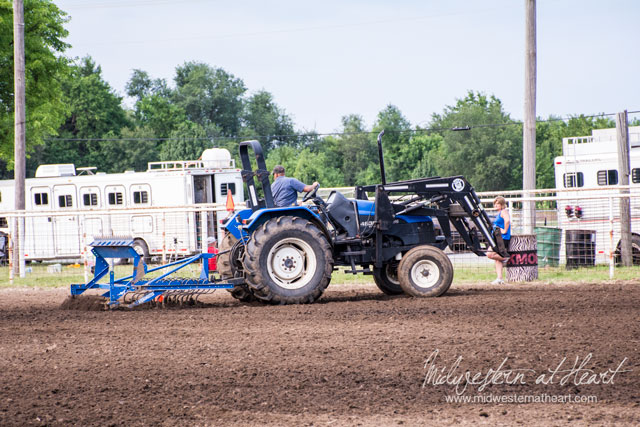 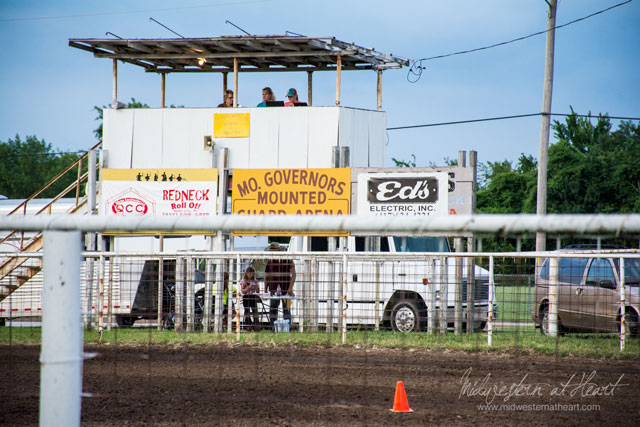 TB was sitting there, minding his own business, I think…. and next I know he’s being attacked. ha! I’d say knowing him and listening to him and this gal all night, he didn’t mind :). 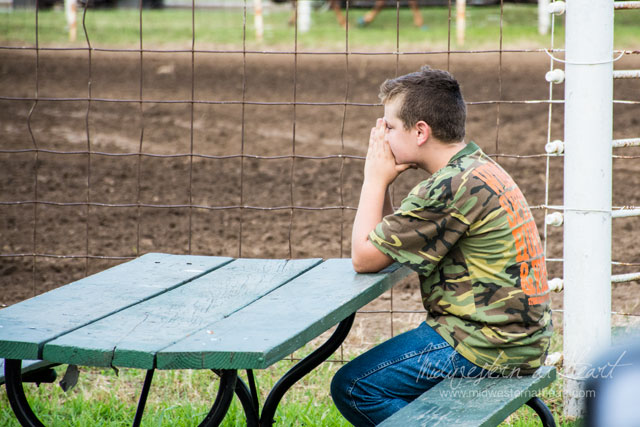 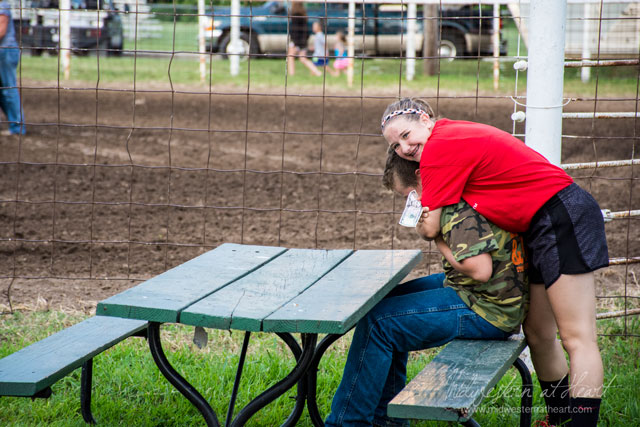 Moo got tired of carrying Abug around so she got her stroller and wheeled her around. I then noticed she was carrying the horse but I’m not real sure the story here. I know the two kids you see in the distance wound up taking the horse from Moo. 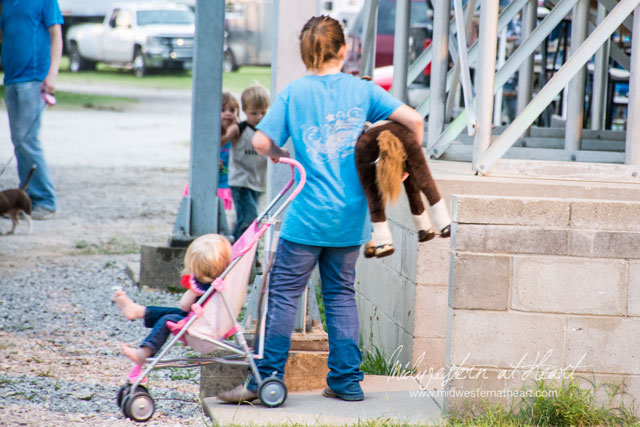 And then Abug got to come hang out with momma and daddy. And that’s a wrap. 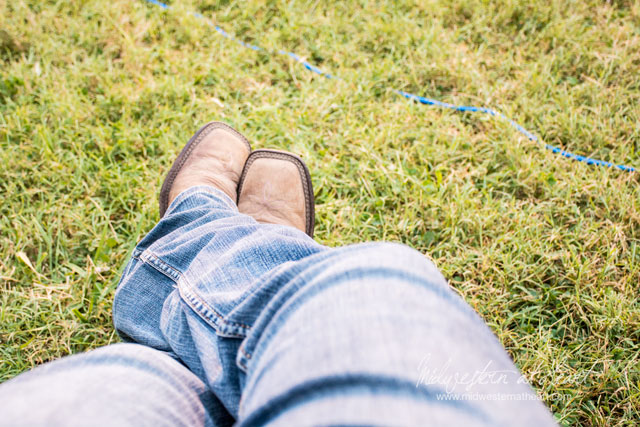 I can tell you there was a storm that blew through which cooled it down and it was a Gorgeous night. The storm by passed us but we got the cool down and a breeze, and a beautiful sunset! 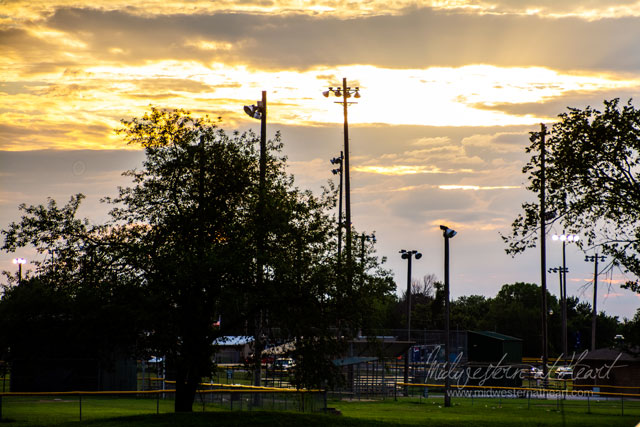 And although our Monday, Tuesday, Wednesday, Thursday, Friday, (Friday night), Saturday and Sunday‘s aren’t anywhere near the same from week to week, I hope you’ve had fun with a sneak peek into our life in the last couple weeks. What did you enjoy?

Christmas Spirit
Kansas City: Where We Stayed, Where We Ate, What We Did
The Ice Cream Project
Marlee's Creamery - Raw Milk