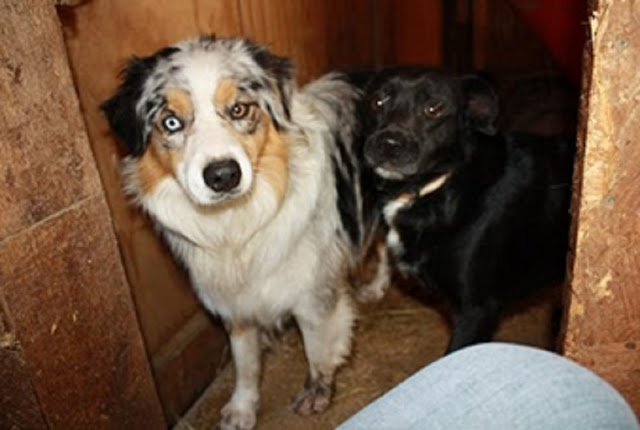 Eyes… Some people think that they are the best feature on the opposite sex, now there is always a debate, blue vs brown… or in the case of Mudflap, he couldn’t decided so he apparently decided to go down the middle and have one of both :). There actually is an actress that way also. She was in the movie Blue Crush, Kate Bosworth. I think it would be cool to have one of each colored eyes however I bet as a kid you might get picked on… but eventually it’d so be worth it… in my opinion! Boy I use …. a lot but hey that’s me. Mark uses !!!!! or ????? …. LOL.

Nicole: I was squatted down in Aloha’s stall and Mudflap & Morelli were curious as to what I was up too so I had 2 pair of puppy dog eyes on me 🙂

Very close to being caught up. I need one more and it wasn’t actually anything that was specified so who knows what it’ll be… You will just have to sit on the edge of your seat and see what comes…. what will it be? what will it be? I don’t know, but you will find out 🙂