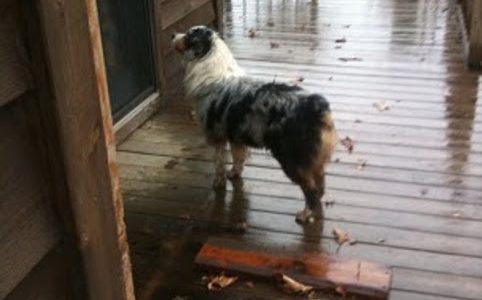 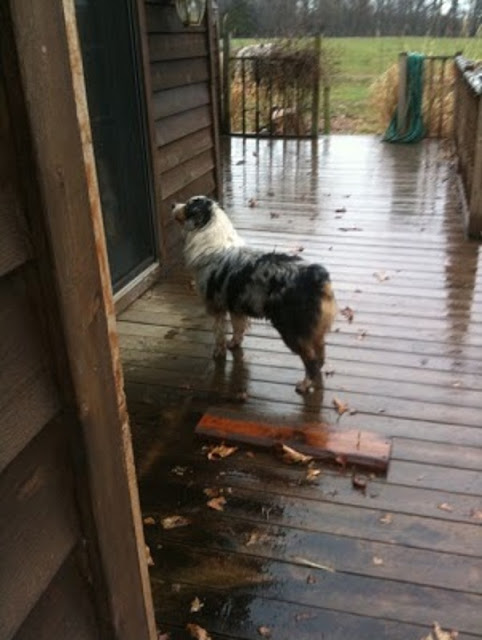 It’s such a cute story I just have to share. Last night my mom decided to start walking on her treadmill. (remember my wedding is coming up…..) I was sitting in the living room reading my new cookbook (The Pioneer Woman Cooks, more to come about that!!) waiting for Prince Charming to get done taking a shower so we could make dinner and then watch The Twilight Saga: New Moon (my baby loves me, he bought it for me, again I’ll address that later). Anyway, I was reading my cookbook and I heard Mudflap just barking and raising cain. I thought what the heck and then I heard my mom start laughing. Next thing I knew Mudflap was standing in front of one of the French doors in the living room barking then he ran down the deck and started barking again. Of course, I had to get up and investigate. My parent’s house has 6 sets of French doors along the backside, one in their bedroom, one in my mom’s sewing room (where the treadmill is) 2 in the living room, one in the dining room, and one in the other living room or fireplace room. The treadmill sits infront of the sewing room door and Mudflap was barking at my mom. Then he’d run to another door bark, as if he was trying to tell someone something then he’d run back to her door and bark some more. I was laughing so hard but knew I had to get a picture so I hung out one of the living room doors to get his picture. He ran over to me, looked at me, barked, ran around a minute, and ran back to her door and started barking again. He did this the whole time she was on the treadmill. 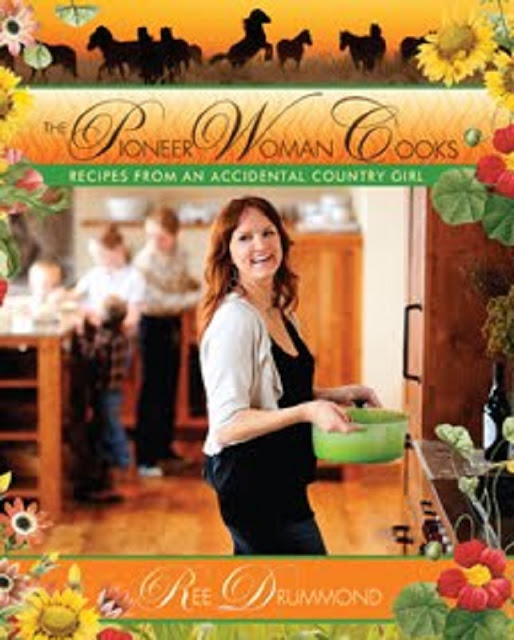 So the cookbook. If you haven’t read the Pioneer Woman’s website, you are missing out. She’s hilarious. She has a part called Confessions, just her random blog. She has a part on Photography, she has a part on cooking, recipes plus photos!!, she has a part on home & garden, she has a part called Tasty Kitchen where you can post recipes, etc. Well last fall she had her first cookbook published. After about a week of debating, I knew I had to have it so I ordered it from Amazon.com and it showed up in the mail yesterday. I started reading it while Prince Charming was taking a shower and ran across a Chicken Spaghetti recipe that was to die for! We had chicken that needed to be used and it was that or Chicken soft tacos… the spaghetti won out! 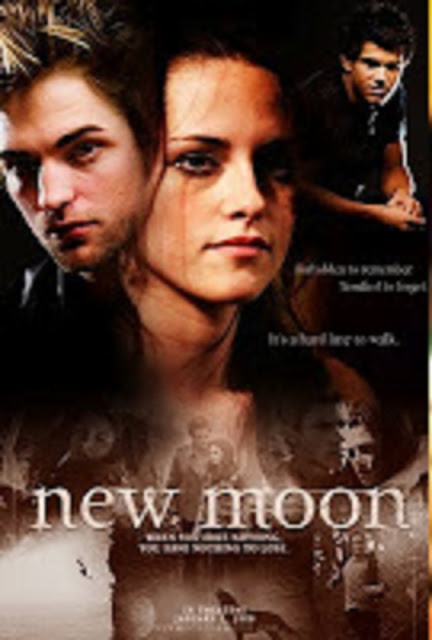 Then the other story, I’m not a die-hard Twilight person, however I have read the first 2 books, working on the 3rd one although I’ve been working on it now for a year… Well the second movie came out March 20th at 12:01am at a Wal-Mart near you. I didn’t go to theaters to watch it b/c yes I wanted to watch it but again not a die-hard Twilight person to stand in those lines!! So Prince Charming knew I wanted to see it so he ordered it for me and it came in yesterday. So last night was filled with barking dogs, chicken spaghetti & New Moon. Not such a bad night for a Wednesday night!!!