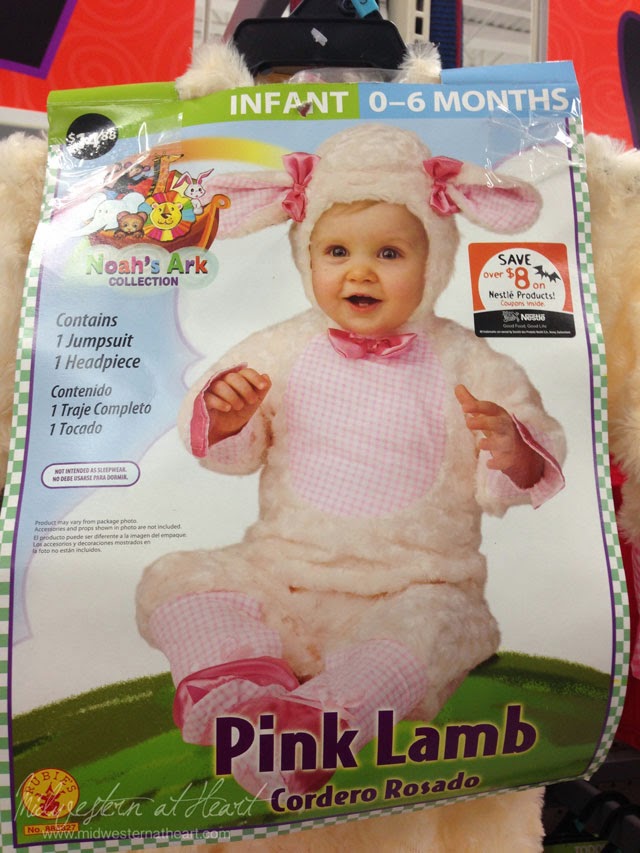 The story. So obviously this isn’t my costume, I’m not 0-6 months old :). So a year ago October Tbug and I were walking through the store trying to find hubby when we veered off looking at the Halloween costumes. I should add he found us because we got distracted :). So I saw this costume and fell in love. I even said something to Tbug and then took a picture. I wasn’t pregnant at the time or didn’t know I was anyway. About a week later was when we found out I was… odd right? Then when I found out I was like dang I wish I would have bought that but at the same time, I just found out so… definitely didn’t know if I was having a boy or a girl. After we found out in January then I was like, dang it why did I buy this. Well they just so happened to have it this year! Yey! So we bought it back in like August or whenever the Halloween costumes came out into stores because I knew that’s what I wanted this beautiful baby girl to be 🙂