Saturday hubby and I wound up with absolutely NO plans. To say this never happens is a huge understatement because dang, it feels like we’re ALWAYS on the go. Some days it’s extremely nice to just not have anywhere to go or anything to do! When we woke up we were hungry and decided to go get breakfast and then Earl shot me a text and asked if I wanted to go with them to a craft show. Since we were already in Joplin hubby just dropped me off and then picked me up after we were finished. We decided we’d run a few errands and then it was time for lunch! 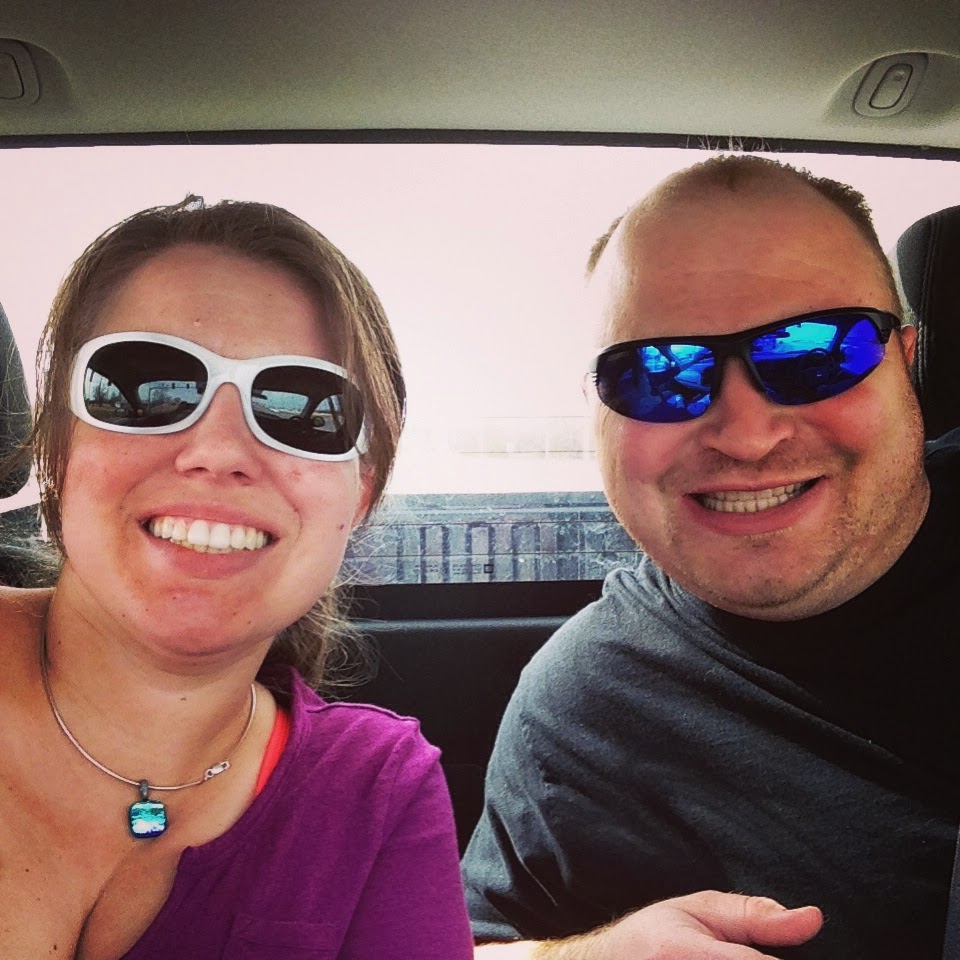 We debated different places to eat and we were still fairly full from breakfast so we decided to go to Qdoba Mexican Grill. We always forget about this place and it cracks me up every time that it is located right next to a weight-loss place :). Ironic? 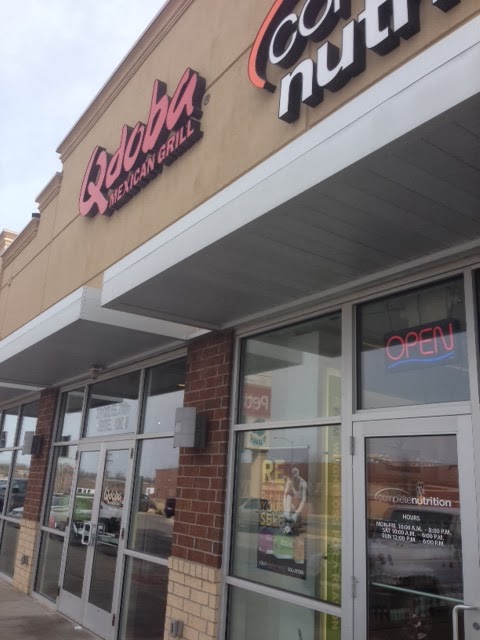 I went for the Queso Burrito with Grilled Chicken. I’m not into beans so I omitted them. Flour tortilla, Cilantro Rice, Grilled Chicken, Verde Queso, Shredded Cheese, Pico de Gallo, & Sour Cream! All I can say is re-typing it, I’m ready for another one. YUM! Then hubby suggested squeezing lime over it. Holy yum! Why do I forget about this place?!?! 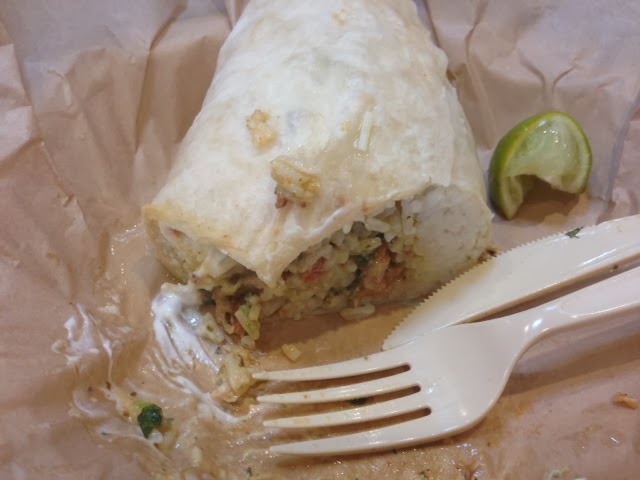 Hubby went with the Fajita Burrito. Flour tortilla, Brown Rice, Fajita Steak, Fajita Vegetables, Salsa Verde, Pico de Gallo, Shredded Cheese, Corn Slaw and Sour Cream. He then did mild jalapeno sauce over the top and squeeze of lime. I’d so have tried his but steak and I aren’t agreeing lately (very sad!) but he said it was good! 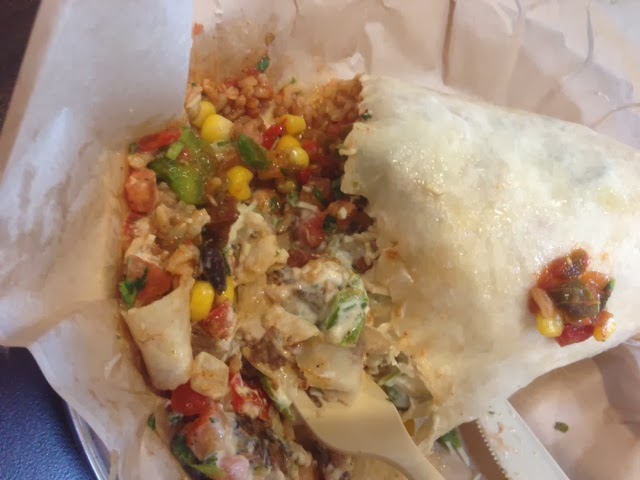 While we were sitting there I saw you could get Chips for your Thoughts. I don’t have my receipt anymore, think they’d take my pictures as proof? 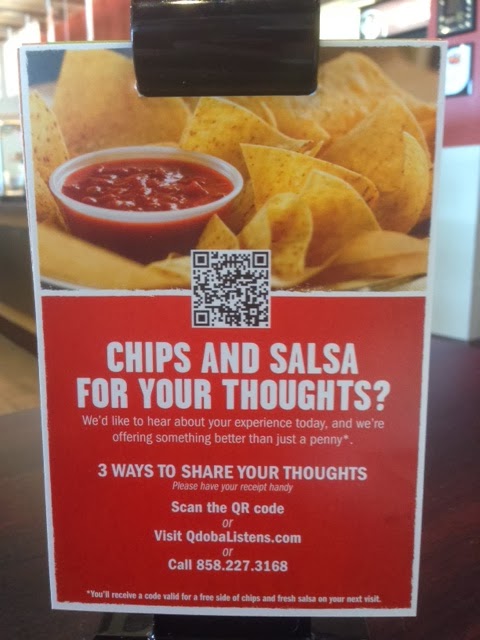 Wow, I forgot how much I like this place. At my old job, we actually had them cater our Christmas party and yum! 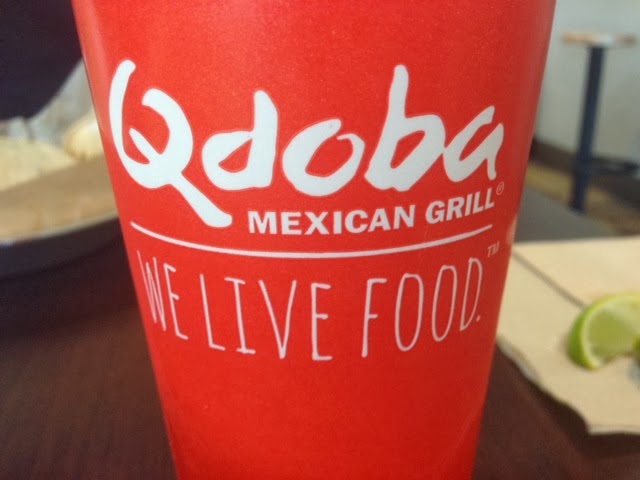 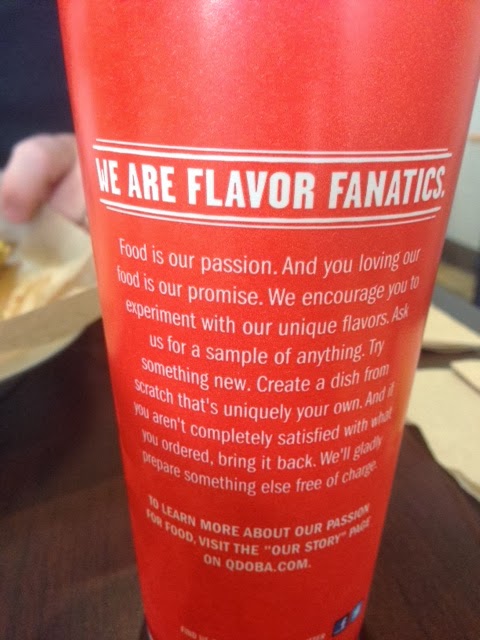 When we went to leave, hubby refilled his drink and got a lid/straw. As we were walking out of the building he kept saying Sweetheart and confusing the heck out of me. Sadly, to say I was getting annoyed is a bit of an understatement because originally I was answering him like he was calling me sweetheart. 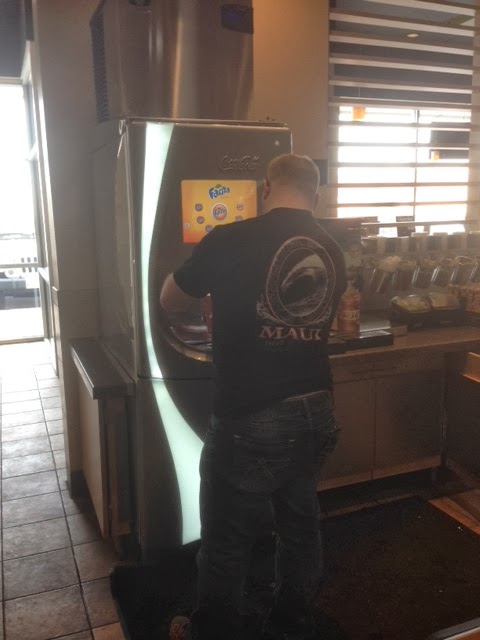 Then he finally fessed up… look at the lid. Yup, he wasn’t calling me Sweetheart. 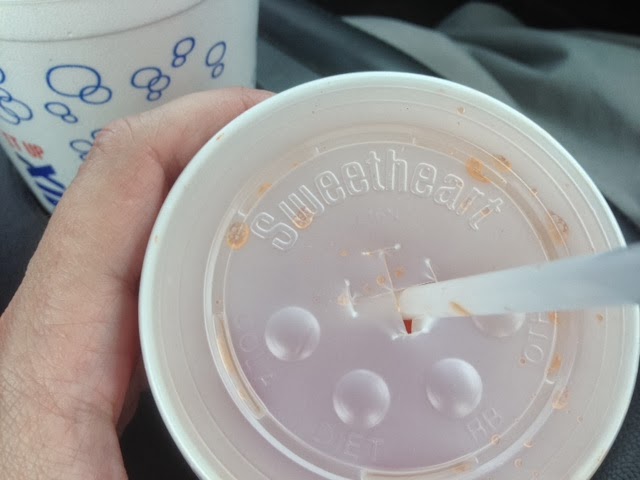 When we got home, we actually had a fun little snack/dessert. Back in late December or early January I showed him a picture of Red Velvet M&M’s and we looked everywhere for them with no luck of finding them. He went onto Amazon and found them and they just so happened to come in the mail. YUM! 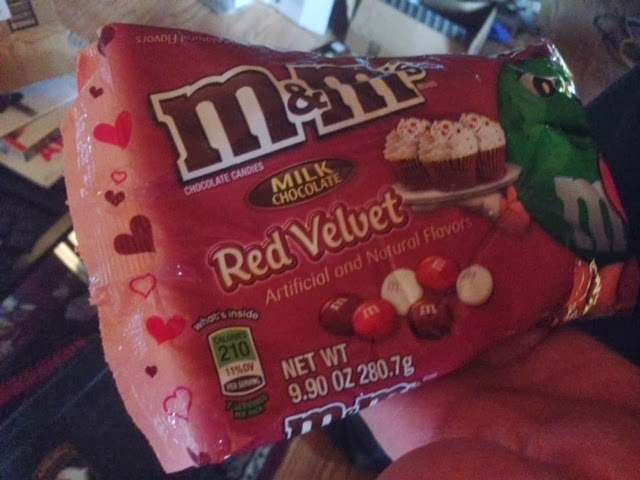 The One Where I Show You What I Wore
Iguana Azul - Nevada, MO
Christmas in August (at least for Karen and me!)
Stress & the Loving Husband