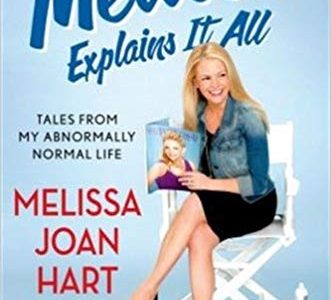 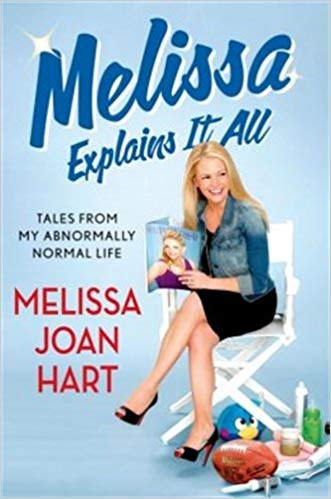 This is a book that took me a bit to read. In fact, I think I got it about the time it hit shelves… oh… around 2013 maybe 2014. So why did it take me so long to read… Well, if you remember, there was this thing called Grad School. If, and that is a strong if, I had free time, I had a lot of books to read for comps… so reading for pleasure was only a distant memory. Then… I moved. When I moved, I tried to put it in a place I could keep track of it, but it got misplaced a lot. I finally found it this spring, I was maybe 40 pages in if that. I found it just after I finished My Life in France about Julia Child.

Earlier this year hubby got me a Kindle and I love my Kindle. It makes it easier to read at night, that’s for sure. So when I finished Julia Child’s book, I planned on just taking my kindle to the ride we were going to. That way I didn’t have to drag any books with me, I had multiple books on my kindle… but as you know, that didn’t happen. Nope. I took this book with me. Hubby laughed at me.

While we were at the ride, one morning Jared took it from me and started reading it. That was fine, I had my Kindle and was planning on reading Royal Date by Sariah Wilson. If there’s one thing I can tell you about myself, I’m usually reading more than one book at a time. They are usually different genre’s so if I get tired of say, a memoir, I have a love story to read, or whatever. It’s the 7 Ps. Proper Prior Planning Prevents Pretty Poor Performance.

Oh and that was April and I’m just now blogging about it… That’s because I set it down at about 80% through and misplaced it again. Oy! I misplaced my Kindle this summer to. Who knows. I found it in my daughter’s ballet bag about 2 weeks after I couldn’t find it. I even looked in there once.

Melissa Explains It All

Melissa Joan Hart explained it all-from dating to bullies-in her groundbreaking role as Clarissa Darling on Clarissa Explains It All. She cast a spell on millions more viewers as Sabrina, the Teenage Witch. Now, in Melissa Explains It All, Melissa tells the frank and funny behind-the-scenes stories from her extraordinary past and her refreshingly normal present.

Melissa has been entertaining audiences most of her life; when there were no girls named Melissa on her favorite show, the forceful four year old decided she’d get on television her way. From that moment on, Melissa has shown a singular determination and focus-whether it’s for booking three national commercials so her dad would build her a tree house or for nailing the audition for Clarissa.

From her first commercial to her current starring role in ABC Family’s hit Melissa and Joey, Hart never let fame go to her head. She always had one foot in Hollywood and one foot in reality-and still does. Melissa makes us laugh along with her as she talks about:

–guest appearances in shows like Saturday Night Live and The Equalizer
–auditioning for Punky Brewster and Clarissa
–her early Broadway days
–wacky parties she’s thrown and attended
— the actors who influenced her and whom she befriended, worked with and competed against
–her experiences both on and off-set-with Sabrina‘s Salem the Cat and Elvis the Alligator on Clarissa
–how she met the love of her life at the Kentucky Derby

Melissa Joan Hart explains all that she’s learned along the way-what’s kept her grounded, normal and working when others have not been so fortunate-and that she’s the approachable, hilarious girl-next-door her fans have always thought she’d be.

I read through the reviews on Good Reads. They’re interesting. They read this book expecting one thing and got another. I read this book because I personally like Melissa Joan Hart. All my life I’ve been interested in people. Their life, their background, how they got where they are, etc. In Grad School I took a Memoir writing class. I may have mentioned that I may not have… I can’t really remember. It was interesting to meet the people I was in school with in a different light. The professor wanted us to open up and share the juicy details. Only 2 people came close to that, and still, they didn’t.

We didn’t have cable growing up, so watching Nickelodeon was a thing for the babysitter’s house. Clarissa Explains It All was a weekend program and usually I was at home on weekends, so I only saw it just a time or two. I really “learned” who Melissa Joan Hart was during the Sabrina the Teenage Witch phase (movie and tv show). I rooted for her on Dancing with the Stars. Can we say, Melissa and Joey? How about Holiday in Handcuffs or My Fake Fiancé. So, of course, I wanted to read her Memoir.

The title says Tales from My Abnormally Normal Life. “Normal” is a relative term. For her, in a life of tv and movies and Hollywood, she probably does have a normal life. It’s a little more extravagant than my life here in Missouri. That’s what a lot of people pointed out in the reviews of the book. I found that strange. What did they want? They said she name dropped. Well hello, she lives in Hollywood. Those “name dropping” people are her friends. But you can’t say Bill without putting a last name on there because, Bill is a relatively common name, etc.

She wrote this really well and it was a fun, quick read. I gave it 4 stars on Good Reads, but yes I truly enjoyed it. It wasn’t the absolute best book of all time I’ve read, but I did, I enjoyed it and I’m glad I read it. I would say that you should read it too if you’re looking for a good memoir.