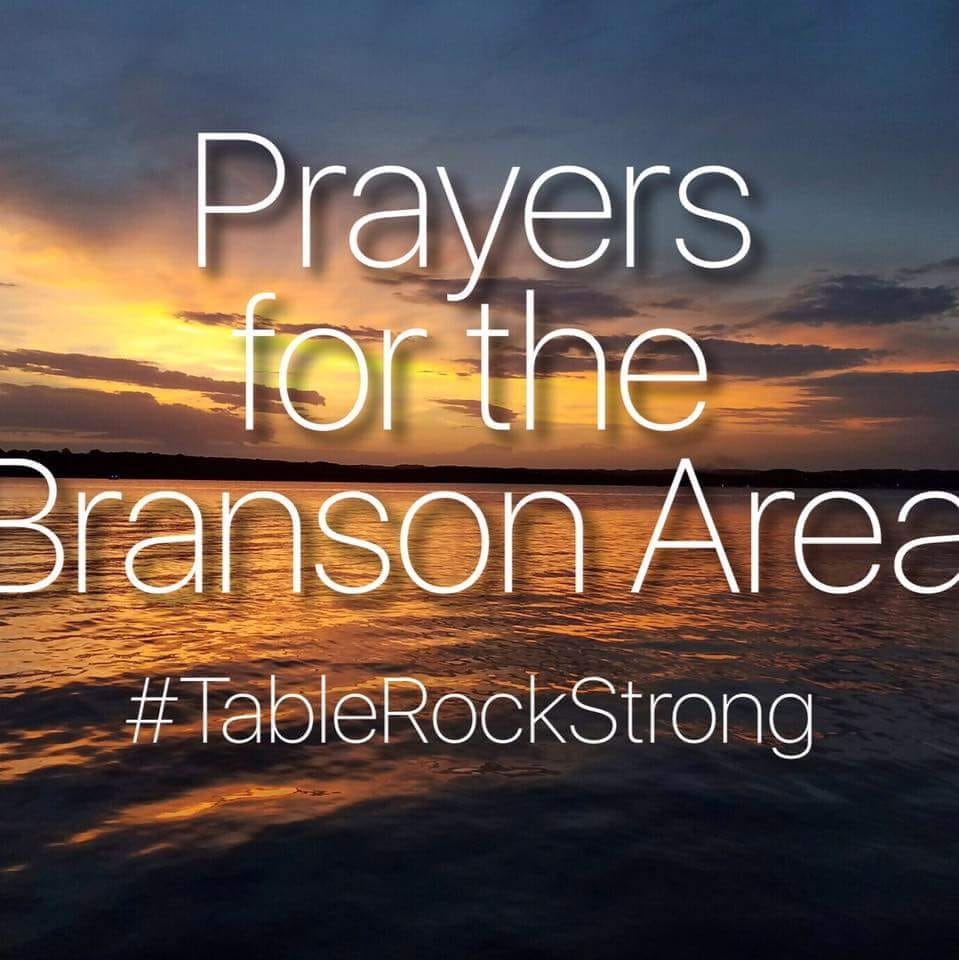 Guys, I live in Southwest Missouri. I’m close to Branson, in fact within about an hour and a half or so depending on traffic. I’ve ridden the Ride the Ducks there in Branson. And there has been a horrific accident that happened.

I’m not sure if this has made national/international news or not. I did get a notification from my Weather.com app last night about it, but that may be due to the fact I live in Southwest Missouri.

I don’t know all the details so I won’t pretend I do, but a huge storm blew through here last night. In fact, it may have been the same storm that actually blew through my corner of the state and headed that direction, I’m not sure. Again, I don’t claim to know all the details. But the Ride the Ducks is located in Branson and basically, it’s a land/water vessel that takes you around Branson and off into Table Rock Lake and then back to dry land. One of the vessels got caught up in 60+mph winds last night (google tells me that’s 96+kmh). It capsized the vessel and there were casualties.

The storm that blew through here, one minute it was hot out and I was sweating up a storm (haha… whoops) and in a matter of less than minutes it dropped at least 10 degrees, the wind picked up, the trees started whipping, and it blew through.

I was standing in our barn doing chores. One of the National Weather Service announcements came on issuing a warning for my area. Abug was yacking at me so I didn’t hear when it was supposed to actually blow through here, but I figured by looking at the clouds it was going to go around us. For the most part, the clouds were going North of us.

Within 5-10 minutes of that warning, I walked into the house. Just as I got in the back door the wind picked up like crazy. I said that we needed to go get the Unicorn (blow up thing) out of the pool before the wind carried it off and just then, the wind snatched it up and it went flying. It was so fast.

Earlier in the day, there had been a tornado that ripped through Iowa. The tornado apparently had a path of about 40 miles. One of the towns it hit was Bondurant. Turns out, my dad had just driven through that town earlier, maybe an hour or so before that tornado went through and left damage. He didn’t know about it until we called to check on him. around 6 pm.

Why am I saying all of this? Well because sometimes it is easier to be a pencil pusher. There are a lot of people who are complaining that the Ride the Ducks should be shut down, they are unsafe, they should have known better, etc. Unfortunately, accidents happen. They always say hindsight is 20/20. But there were people hurt. Families that are hurting. EMS and dive teams who are affected. No one could have known that vessel would capsize. Yeah, it totally sucks!

Within a matter of 10 minutes, that storm hit us. I didn’t think it was going to. In fact, I said those very words to the hubs. And guess what… it did. It came fast and furious. That storm was moving at 60mph so the radio said when they issued the warning.

My last thought, hug those you love a little tighter. Who knows what tomorrow will bring. I’ll get off my soap box now.

One thought on “In the Blink of an Eye”