One day last week hubby told me he was feeling the Japanese Steakhouse and that we should go there again soon since we hadn’t been there in a while.  I said, ok sounds good to me.

Friday one of my friends was having a Thirty One party and invited me, however when I got home from work I was ready to crash on the couch and not wake up until Saturday.  Hubby walked in and asked me, first off if I was going to make it, and secondly if I was going to the party or not.  I told him I was really undecided.  Finally I thought, no, I don’t think I am.

So he told me to put on my coat and go get in the truck.  I was like really?  I want to sleep!  But he told me there was time for that later so I grabbed my jacket and we piled into the truck.

We were driving down the road and I was telling him about different restaurants (no idea how that came up) and finally I was like, where are we going?  He wouldn’t tell me but finally said if I thought hard I’d figure it out.  Finally I realized where we were going – Tokyo Japanese Steak & Sushi. 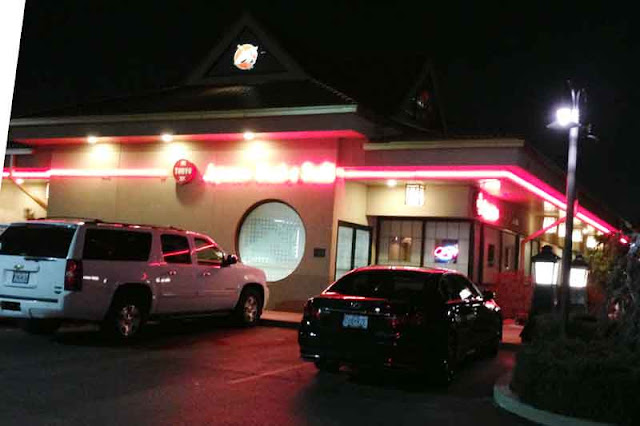 When we got there, there was a 20 minute wait, although I’m fairly certain we didn’t wait that long. 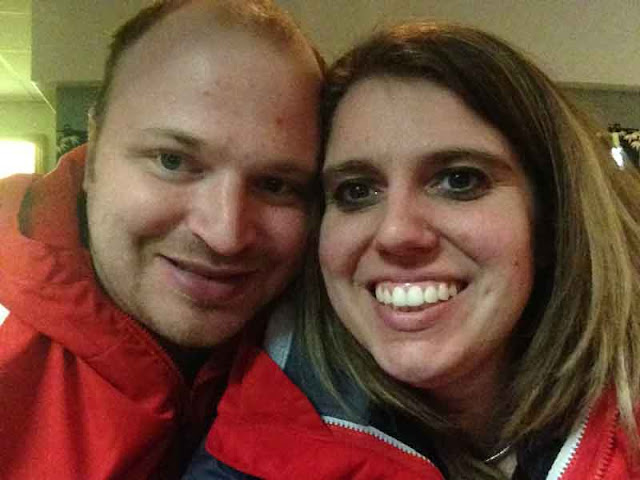 Oddly enough hubby and I ordered the same thing, which doesn’t generally happen all that often 🙂 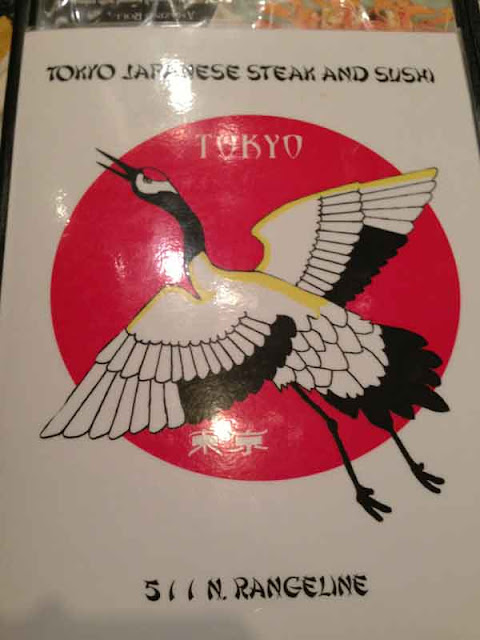 We started off with California Roll Sushi.  I’m not always so sure about Sushi but the first time I had one of these, some guy was on a date with his girlfriend/fiance/wife/significant other and they conned me in to trying one.  I didn’t even know these people, and before you judge too much, you sit at a table with multiple people unless you have a huge party and I watched the waitress bring them out.  Plus I was with my parents and of course my parents thought I had flipped my lid trying sushi, but oddly enough those weren’t bad.

This time, still A-ok in my book 🙂 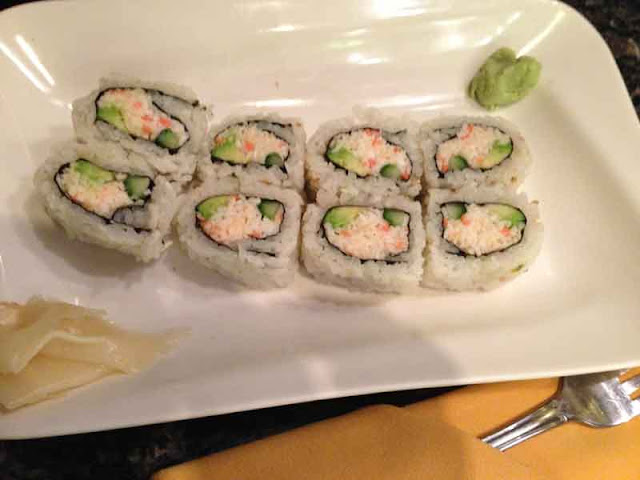 Then when you order  your entree, they bring you Salad with a Ginger dressing & a Japanese Onion Soup to start with.  The salad dressing was exceptionally good Friday night and I didn’t want to quit eating the soup, but knew I needed to or I was going to over stuff! 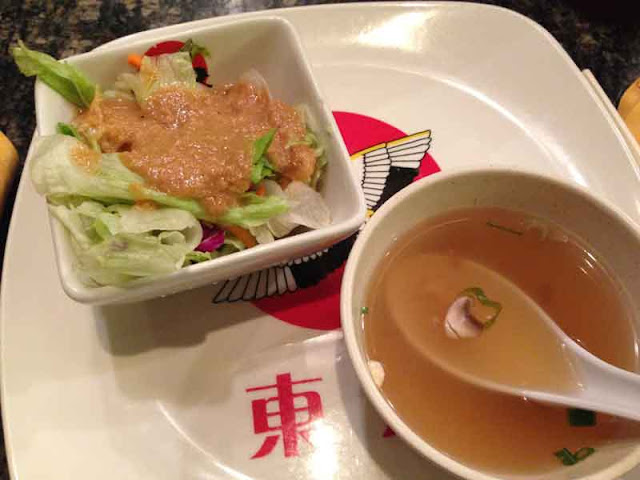 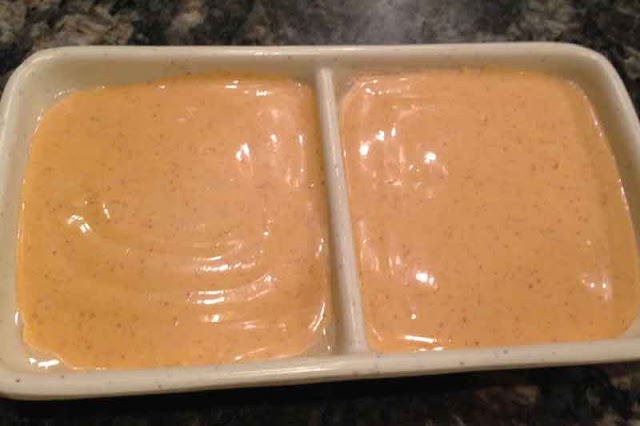 When the chef comes out they light the cooking stove on fire.  I think it scared the people sitting next to us 🙂 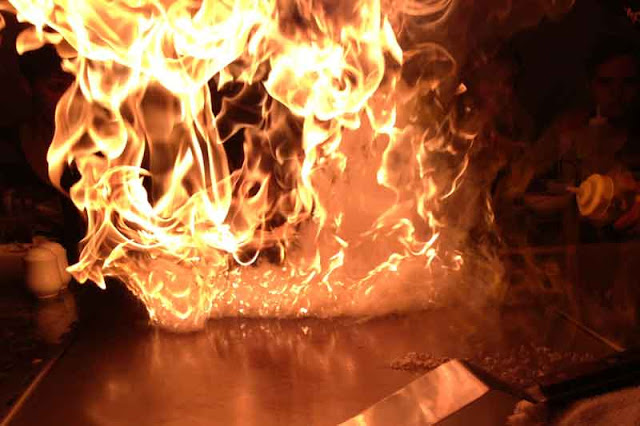 Then everyone who orders an entree (as long as it isn’t an early bird entree) receives 2 shrimp as a starter.  This is really when I decided I might just like Shrimp, as long as it’s cooked this way :).  If you get a comical/good chef he throws shrimp tails at people or in his hat or his pocket or D all of the above.  Ours was throwing them at people :).  Our Chef also commented that the Shrimp appetizer was from Long John Silvers… no no just kidding – Neosho River :).  It was funny! 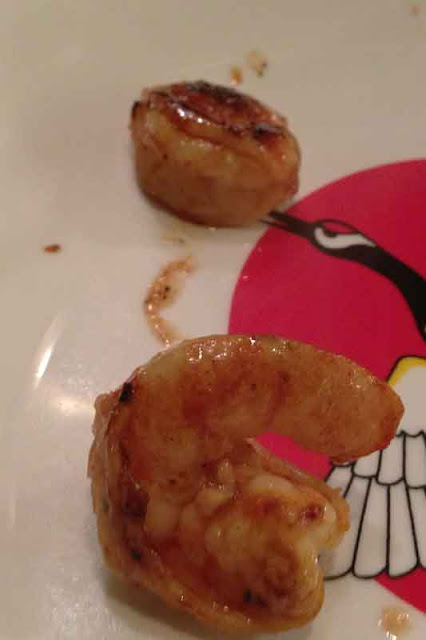 Then you get Hibachi vegetables.  Super yummy!  When he started chopping on the veggies he told us they were from WalMart 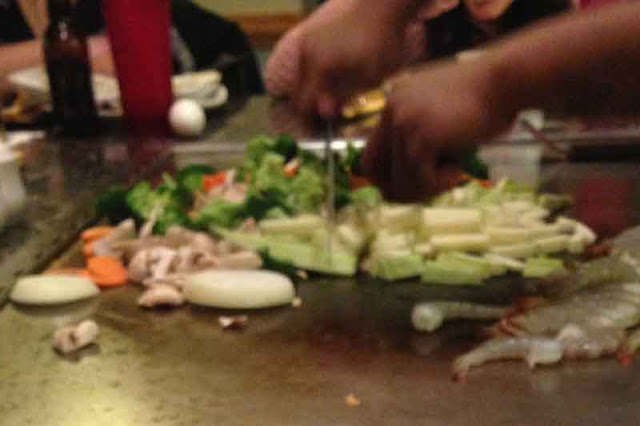 Then it was time to light the onion on fire. 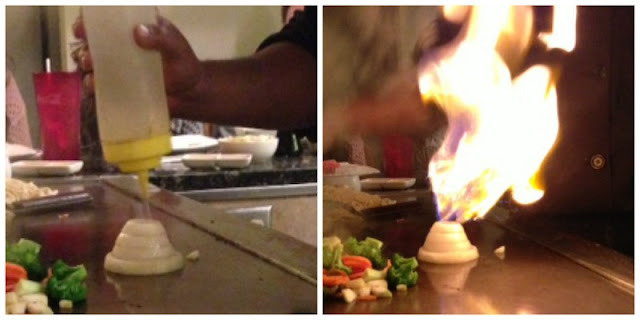 And wow these guys work fast!  The vegetables include but not limited to: Mushrooms, Carrots, Broccoli, and well other things 🙂 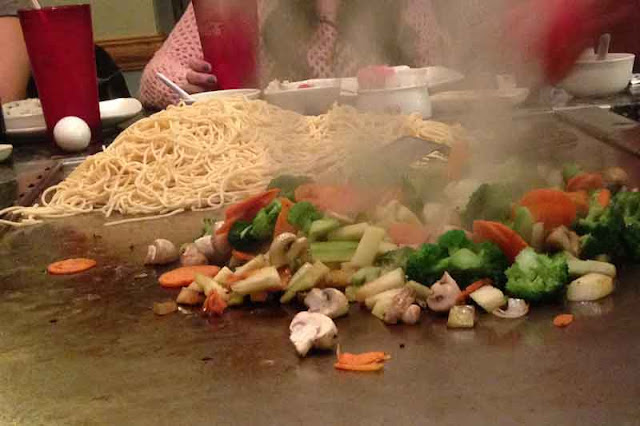 You also get these wonderful noodles!  I swear sometimes I think the noodles are my absolute favorite!  Friday night, superb! 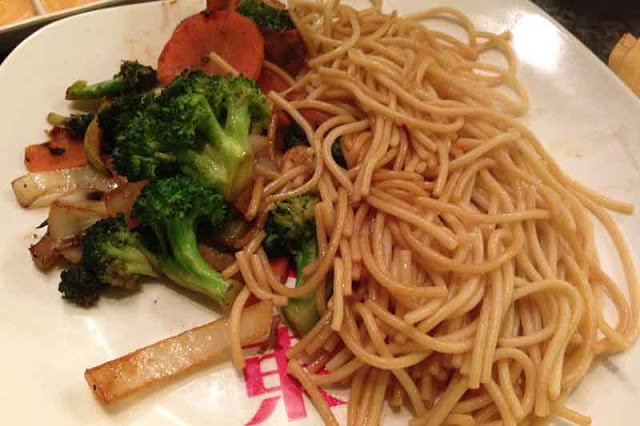 We also got fried rice which I obviously didn’t take a picture of because seriously who would do that?  haha.  I’m always sooooo impressed because they can do the Egg Roll where they spin it around and flip it on their spatula and he put one in his hat and one in his pocket.  He swore they weren’t hard boiled.  Some of them will actually crack them open with their spatulas.  Anyway this guy was amazingly talented!

Hubby and I chose to order the Shrimp (I know right) and chicken combo.  I really wanted shrimp but sometimes the shrimp doesn’t taste like the appetizer shrimp so I got the chicken to be safe.  OMG, the shrimp was amazingly out of this world!  Fantabulous!  And the chicken, superb! 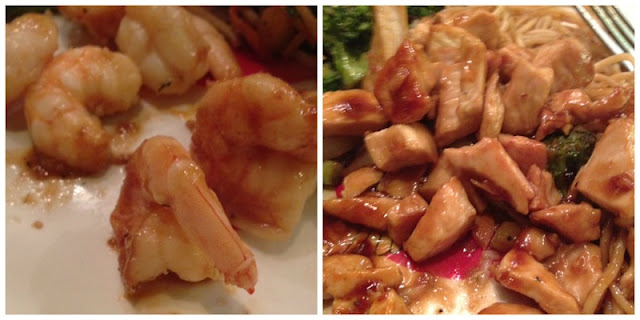 Although sadly or maybe not sadly (you know for my waistline) hubby and I both had 2 boxes of leftovers a piece.  Hello leftovers this week! 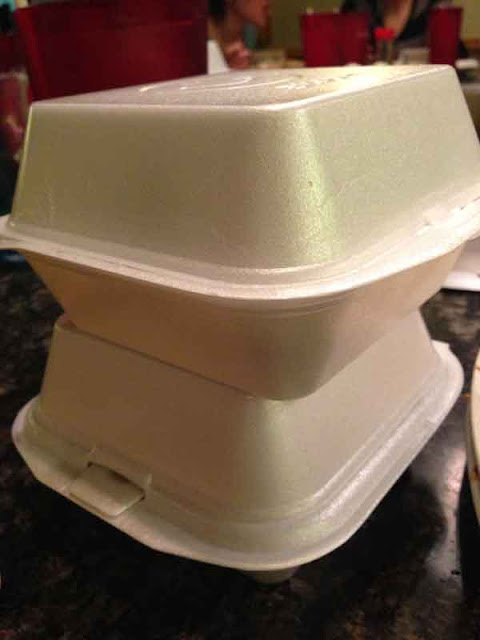 Sometimes it’s a crapshoot on what chef you get, but the one we had Friday night was excellent!  And the food was fabulous!  I hated not being able to eat more but you get sooooo much that….

And then after that we headed to the Thirty One party. Ha!  So much for my night of sleeping until Saturday! 🙂  Oh well sleep is overrated sometimes…. lol