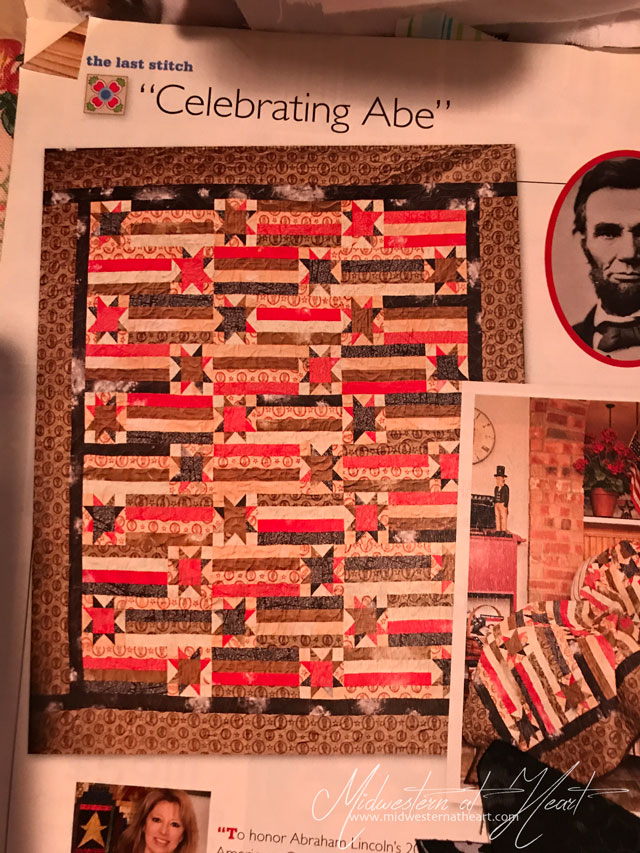 I had some of his jersey style shirts (ugh, they’re really awful for sewing for a quilt, but we used them), some material I bought commemorating 9-11 (which is one of the reasons he joined the army), and his uniforms. So those three items became the centers of all the stars. I also had patches off his uniforms so we included those in 5 of the Jersey style centers.

Then in the mix, we did reds, blues, whites, and grandma had a star pattern that was army green, so we included that as well. 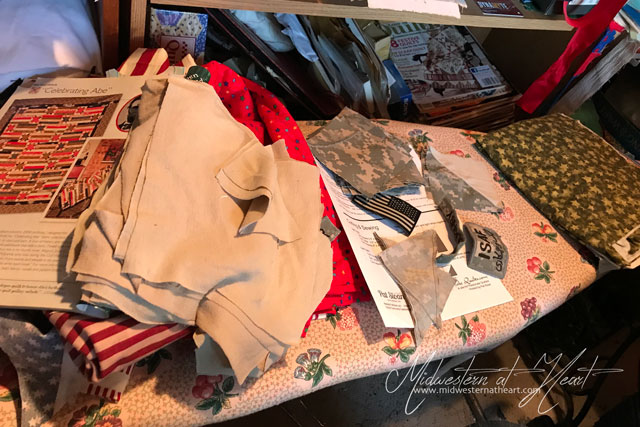 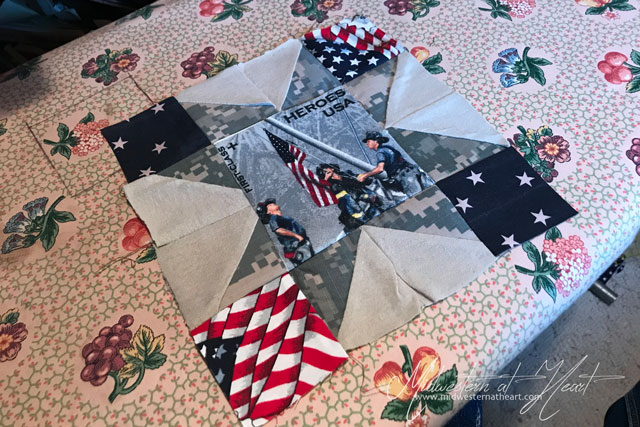 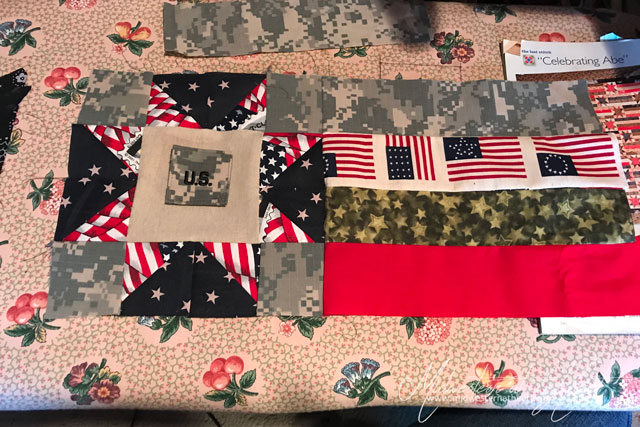 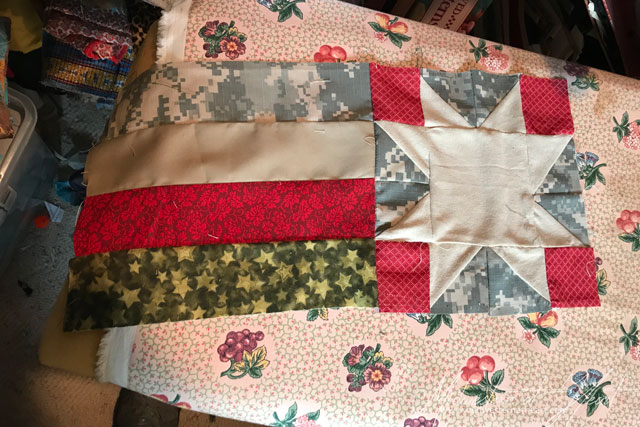 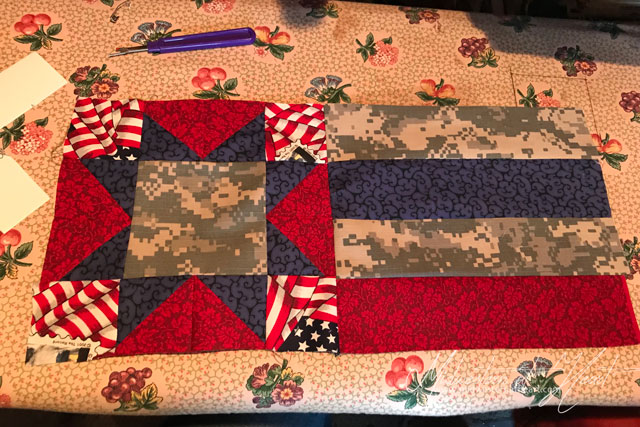 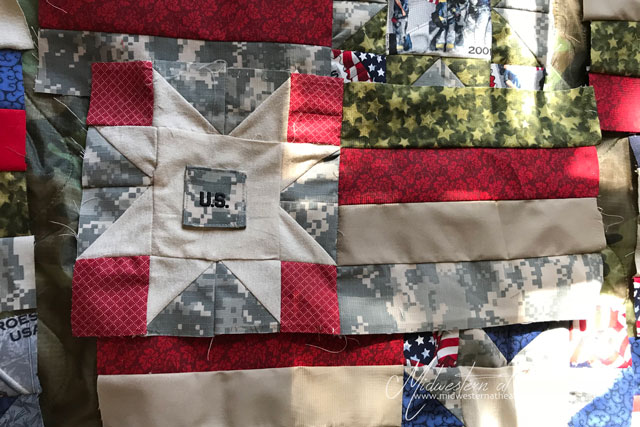 I was so freaking excited about this present I could hardly contain myself. Of course, I tend to get that way about presents in general. I love buying presents for other people. Or in this case, making them even. That really makes hubby’s birthday, father’s day, anniversaries, and especially Christmas difficult because I immediately want to tell or give him whatever I got for him. And he and I razz each other, “What did you get me? What’s the gift? etc.” That reminds me of when we threw the surprise party. That sucked keeping from him.

This time was no different, except I had pictures on my phone to show other people because I was so excited. He also gave us this slicker thing that goes inside a rain poncho to keep you warm. We used that as the backing. 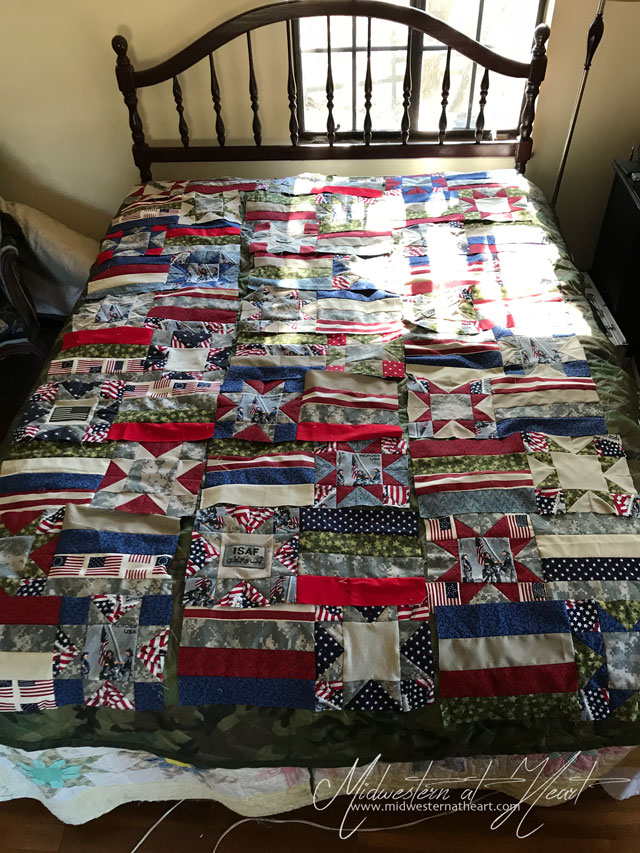 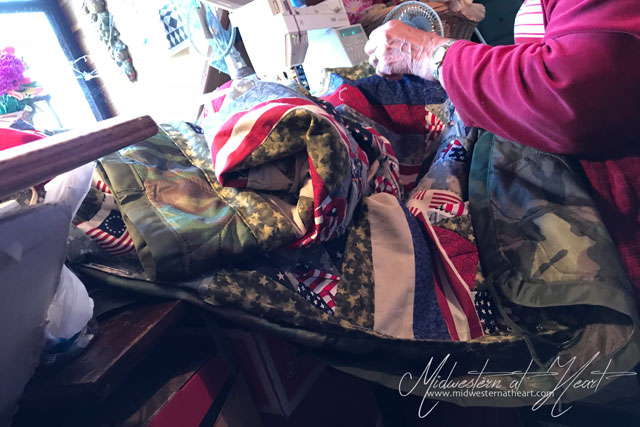 Guys, HE. LOVED. IT. Score. This may be the 1st favorite or second favorite present. There was one year I pulled a fast one on him and bought a wallet he wanted, right under his nose. That was great too. 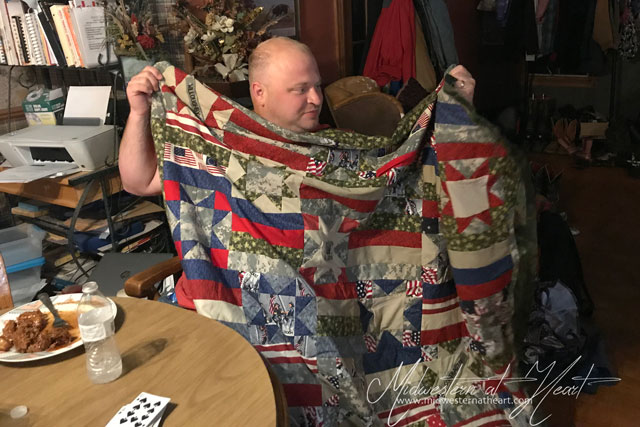 Happy 35th Birthday. I know it wasn’t a surprise party, but… it’s not a HUGE birthday either 😉