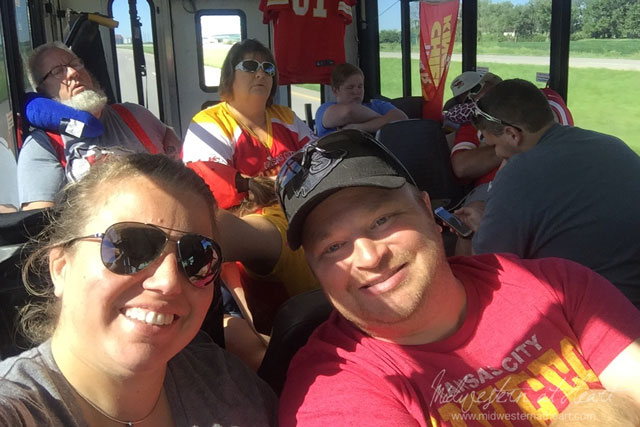 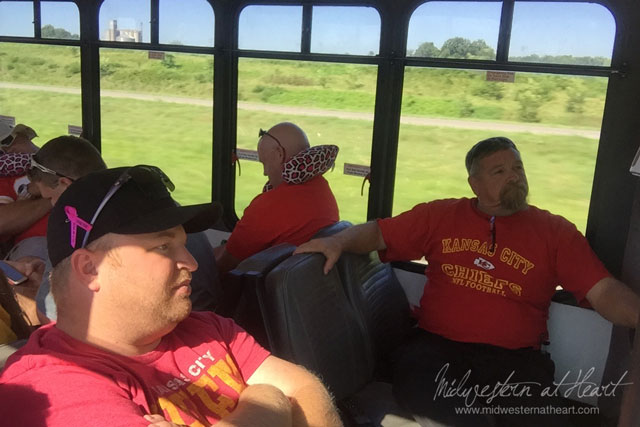 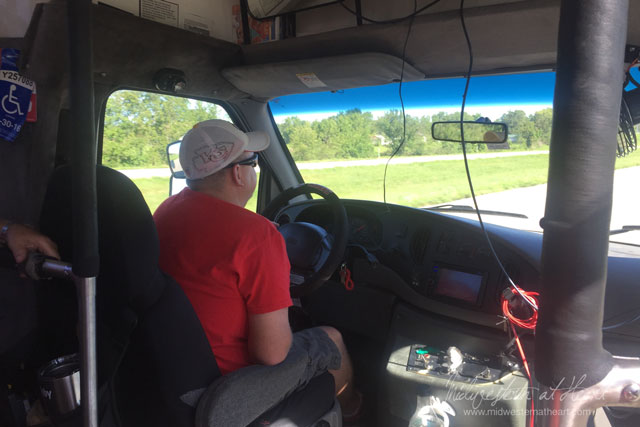 Guess what time of year it is… Chiefs Season! Go Chiefs! Okay, so it’s not exactly true football season, it’s Pre-season, but still It’s Chiefs Season!! Saturday was a Pre-season game at home, so that meant we all piled on the Chiefs bus and headed to Kansas City.

Nancy is a Red Coater just like some of our crew. A few years back they realized we basically go right by her house on our way to the stadium, so we just pick her up on our way. Poor Nancy, Hubby and Jared were picking on her to get on the bus. Jared would open the door and then close it. Hubby was sitting in the stairs with a cup saying tips for the ride. Poor Nancy, you can never say we don’t like you! :). Nancy brought brownies so they decided that was a fairly “decent” peace offering (read decent as holy yum!) 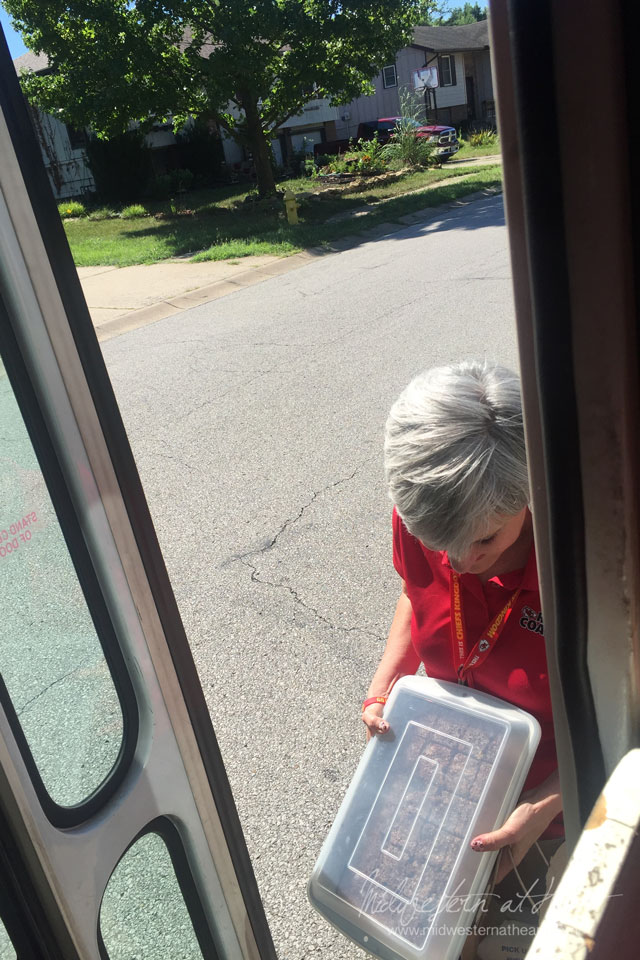 Oh Chiefs Kingdom, so happy to be back! 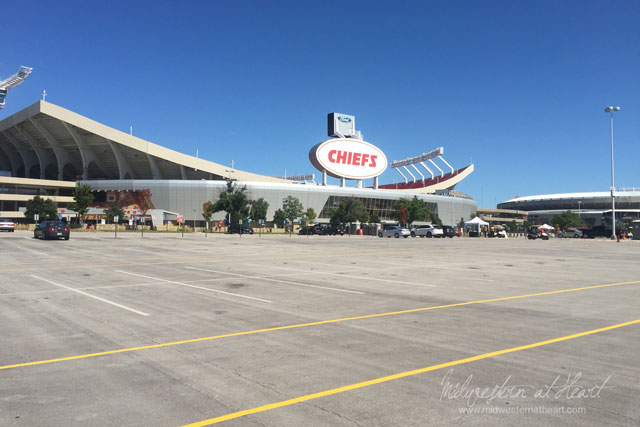 Abug got to go to a game this year. She didn’t make any games last year because they were either night games or really cold. Cold games, we just have her stay with grandparents so she doesn’t get cold because if we’re freezing, only imagine how she would be!

Abug grabbed all the spare keys (except the set in the ignition) and tried to run off with them, but not before she stopped for a picture…. 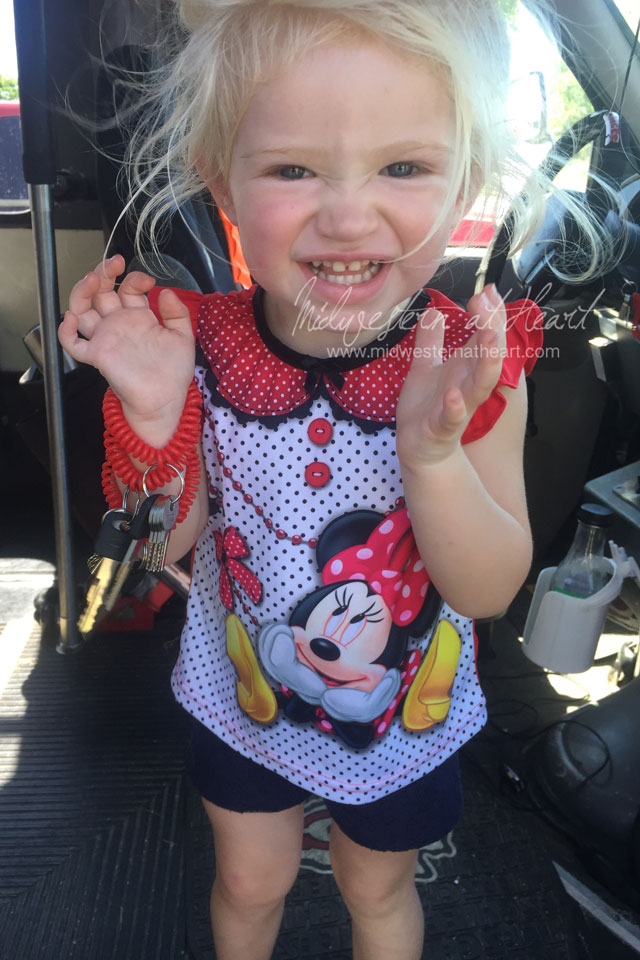 I’m not sure this is something you want to see so far from home… the guys working on the bus. 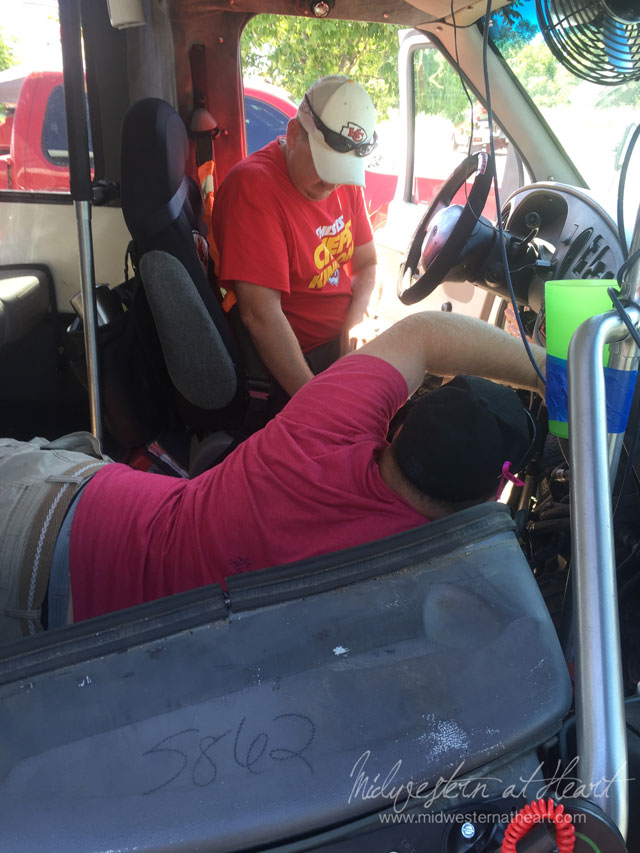 Our game was against the Seattle Seahawks. 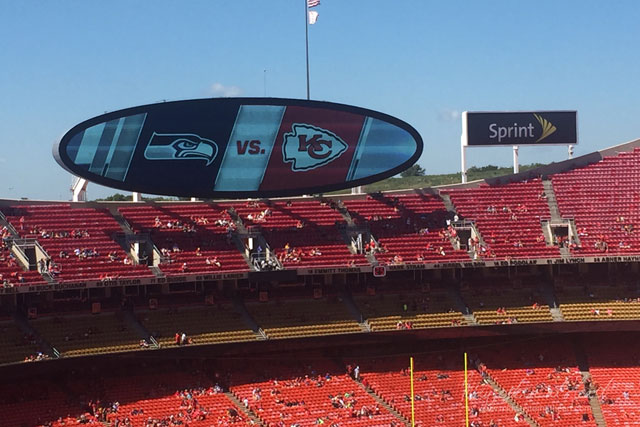 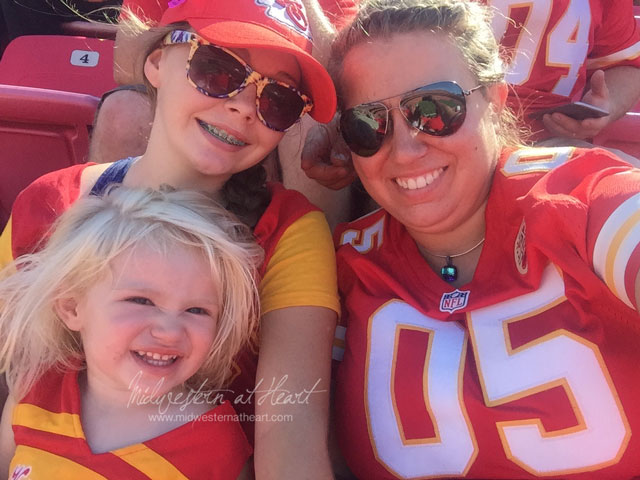 This just so happened to be a Tbug weekend and our friends had a seat for her. When Tbug is around no one else is in Abug’s eyes. Abug wanted a nap, so she curled up in Tbug’s lap and slept almost an hour and 45 minutes. 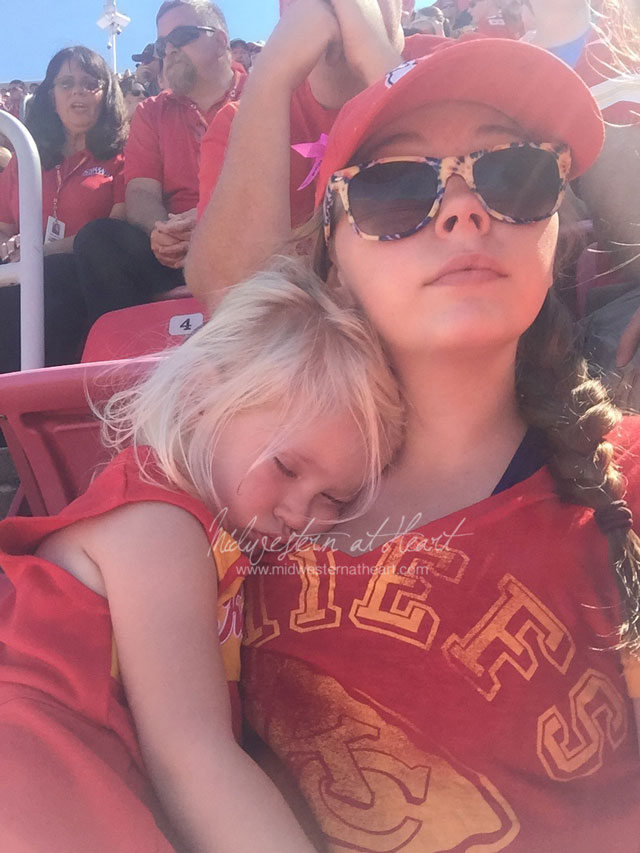 So now on the game itself… Well… We were in the lead all the way up until no minutes on the clock, the Seahawks made a touchdown. After the touch down they got a chance for an extra point kick from the 25 that gets them 1 point, or they could run/pass from the 2 for 2 points. They went the route for the 2 points and wound up winning the game with no minutes on the clock 17 to 16. Sigh. Oh well, it was one heck of a good game! 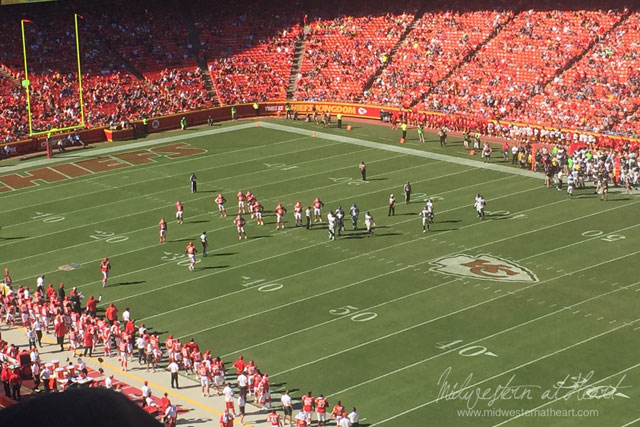 Hubby found these. I didn’t get to try any… but I hear they were excellent. 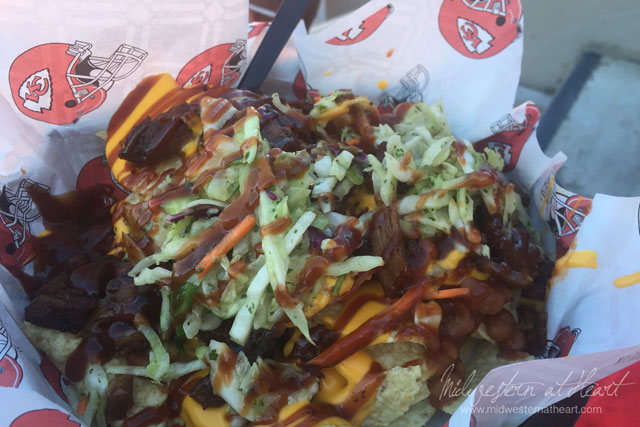 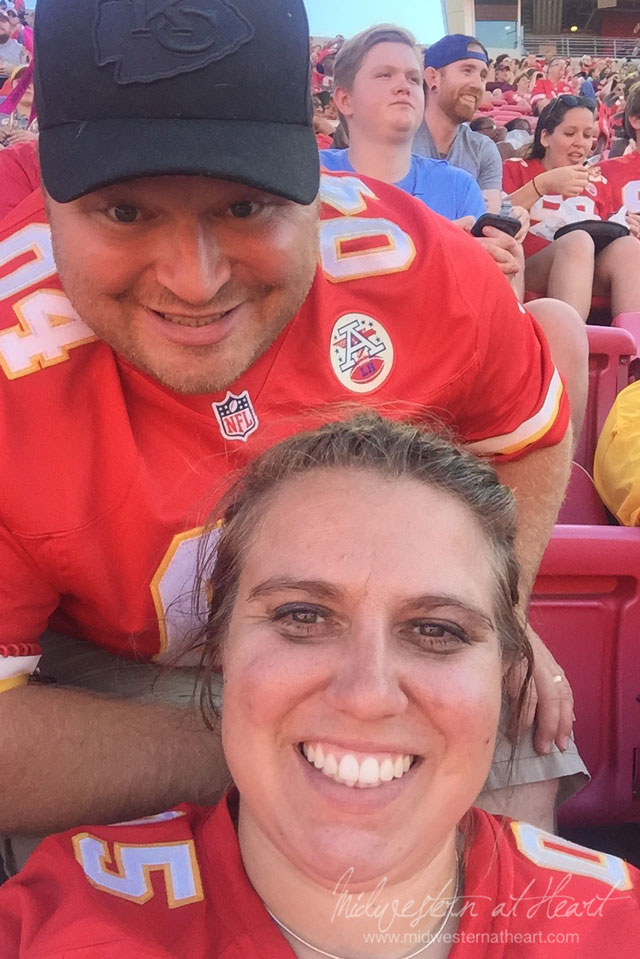 We Lost Her
Hope for Humanity
Spring Gathering
7th Anniversary