If there is one horse at my house that is loved more than any other horse, it would be Aloha. When it comes to kid broke horses, she’s there. Any horse can have an off day, but in the general realm of life, if she knows a kid is on her back, she’ll take care of them, point blank.

So a couple weeks ago I was sicker than a dawg (wonder where that phrase comes from and sadly I’m still not over this crap. I’m done with it, but that’s another story for another day I guess), but I woke up and realized my mom was outside with the horses talking on the phone. I wasn’t real sure what was going on. She came in the house, said she thought Aloha had broken her leg and we were headed to the vet.

I jumped to, got the Bug and me dressed, carseat switched over to the truck, truck hooked up to the trailer, horse loaded, and away we went. We had to hustle because we were supposed to be there by 11, vet is about 45-50 minutes away and it was a quarter to 10 already.

We got loaded up, I said a quick prayer that dad’s truck wouldn’t let us down (it’s had problems from time to time), and away we went. I pulled into the vet clinic with 2 minutes to spare. Dad met us there, we unloaded Aloha, and the vet’s went to doing their thing. 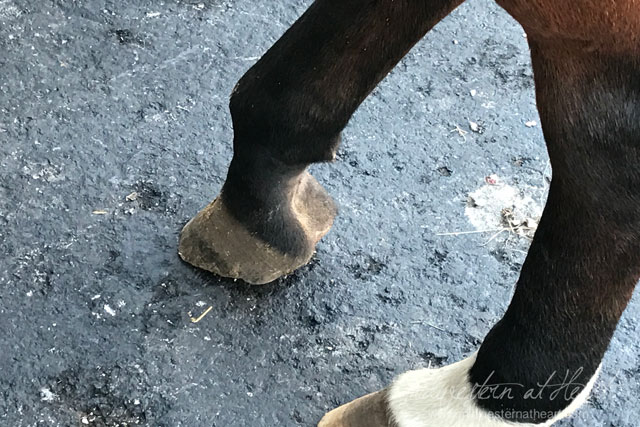 Since she’s a retired cutting horse, mainly just a kids horse now, and we know all about the pulled ligament/tendons because of my big show gelding, we decided to go with option number 1. The vet’s agreed that since she wasn’t a big performance horse we’d be fine, just watch her for a couple weeks and if she didn’t get better, let them know and they’d hook us up with Peculiar. 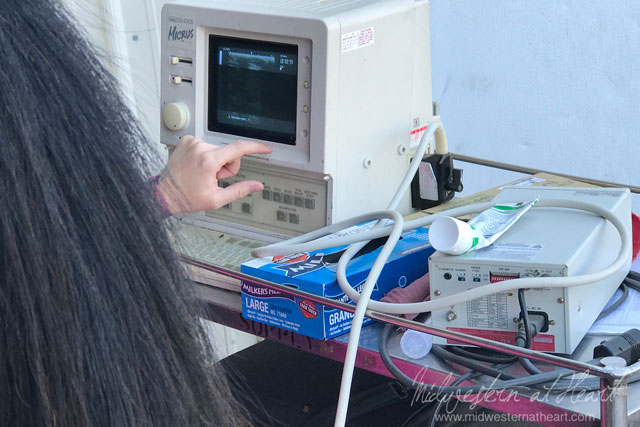 Since we’re talking about hauling livestock and pulling trailers, can I give you a couple pointers?

Common sense people… it is the driver’s number one goal to make sure he and his animals as well as you all wind up at your destination safely. So be nice and share the road please. Okay I’ll get off my soap box :). 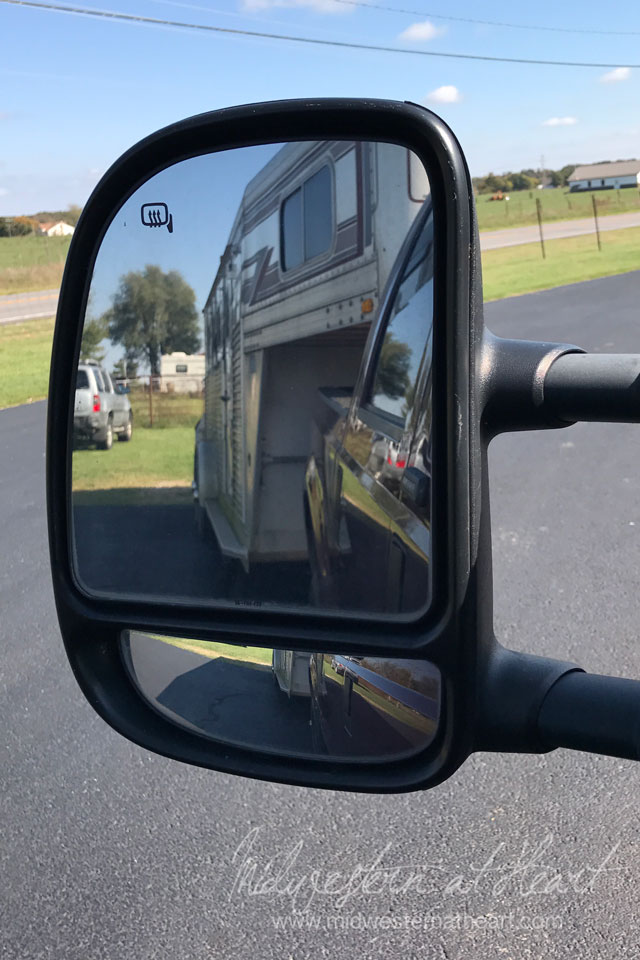 Oh and dad’s truck… yeah it got us all but 6 miles back home and died. Alternator problems. Luckily I started noticing that it was acting weird (all my gauges died) so I went back roads (partially because I didn’t know how fast I was running… no gauges) and specifically chose roads to drive on. We died right in front of some friends of ours house so they came, towed us into their barn lot, unhooked the truck and plugged it into a charger, hooked our trailer up to their truck and took Abug and me home. Like I said I was sick and so was she. It pays to have good friends! 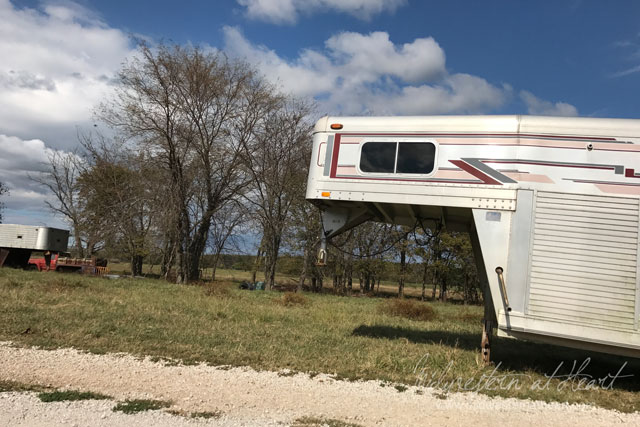 Update on Aloha you ask? Well, she’s still on stall arrest and not enjoying it, but her leg is doing better. Luckily we now have Kansas so Tbug wasn’t out a horse to ride the last time she was here!