Why I call it a party I have no clue!

The end of September I happened to be at Sam’s and they had these big pumpkins for $8.88. I couldn’t help myself and had to buy them right then and there. Don’t believe me how big they are? Look at the picture of hubby carrying them below…. One of them we weighed for the pumpkin carving and it weighed in at 25lbs. When I found them at a greenhouse down the road, they would have been $50 or $60. 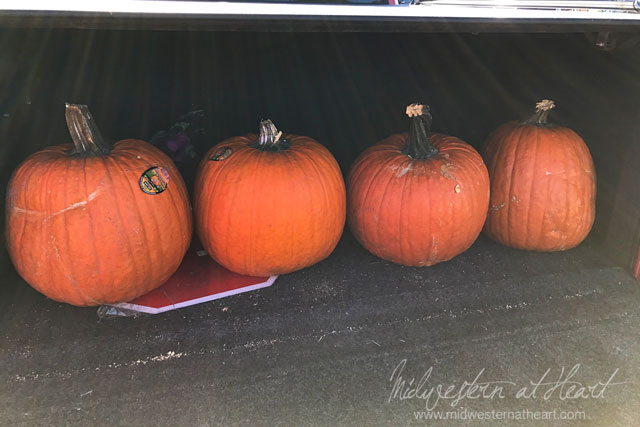 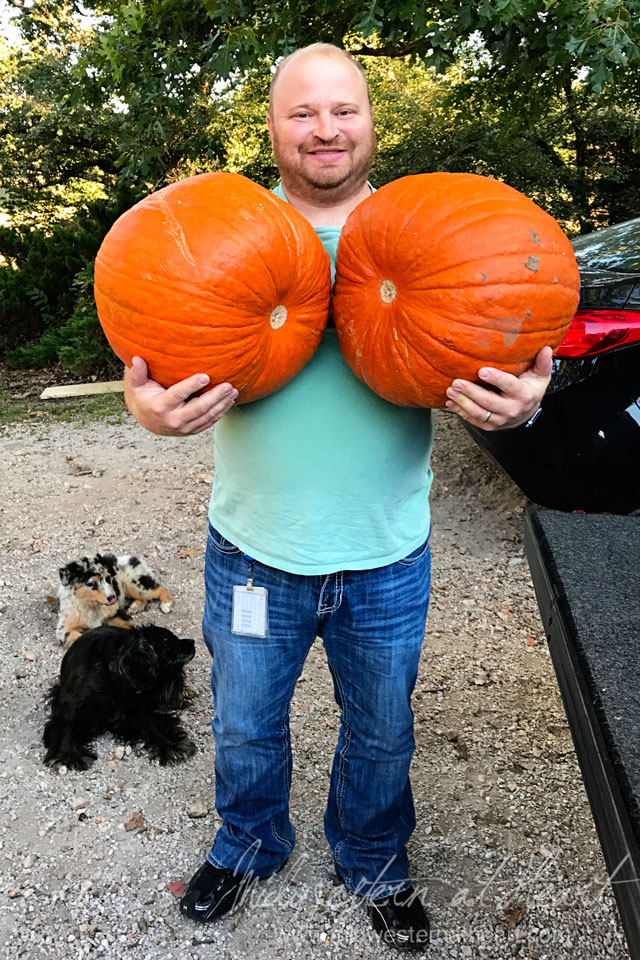 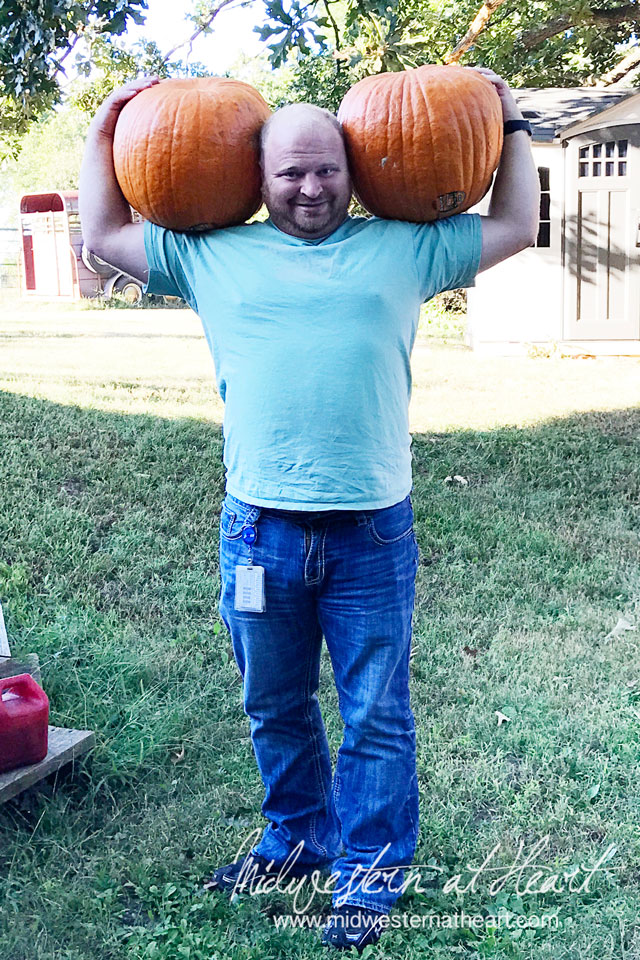 So since I bought them so early, they sat for about 3 weeks on our back deck waiting for us to be able to get Tori there and get them carved. Because they sat there for that long, they were a little soft, but still really good pumpkins! 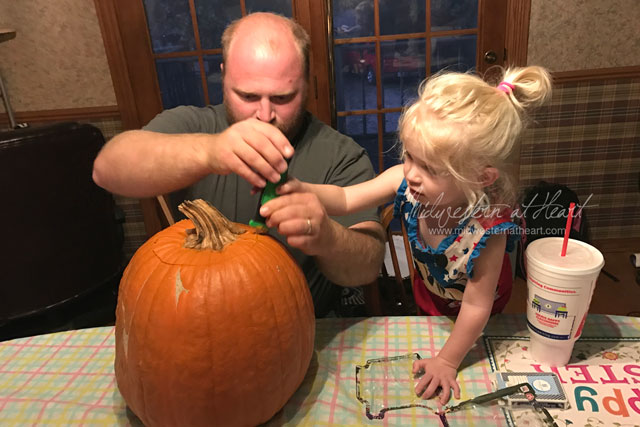 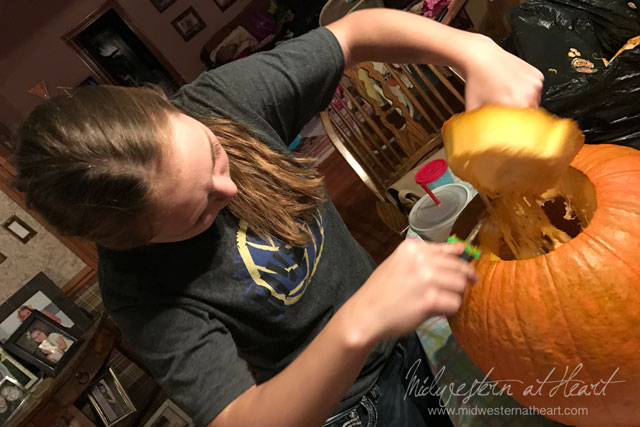 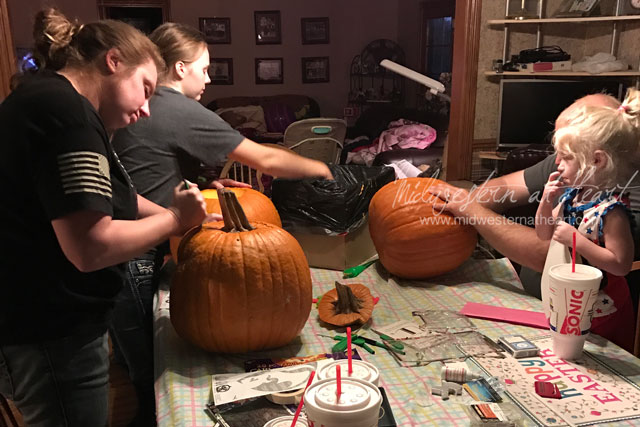 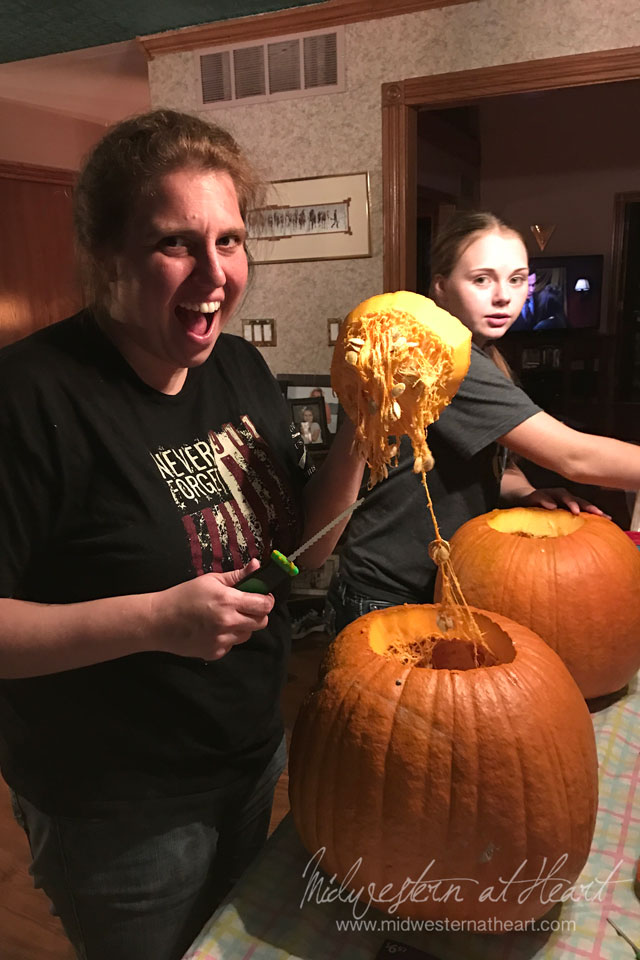 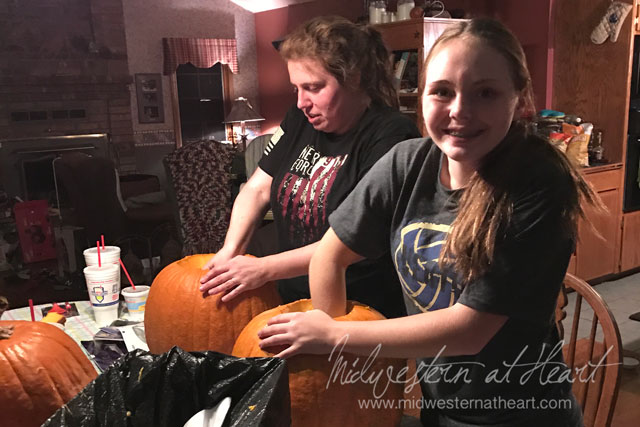 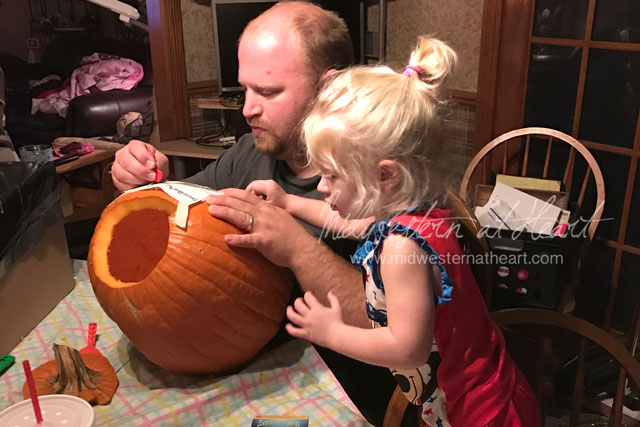 Have you ever seen a pumpkin get bunny ears? 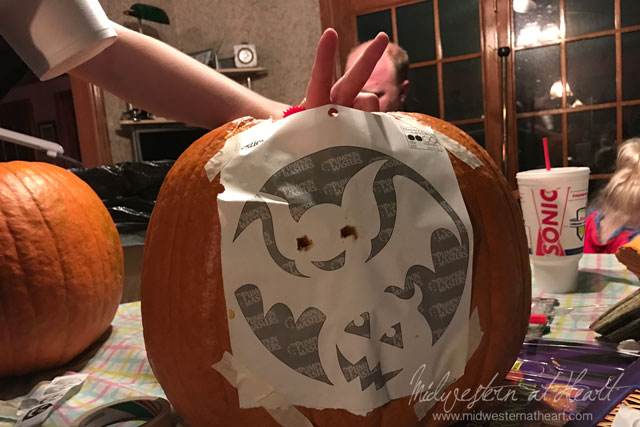 After hubby was done with Abug’s then he worked on his. His was a little more intricate…. 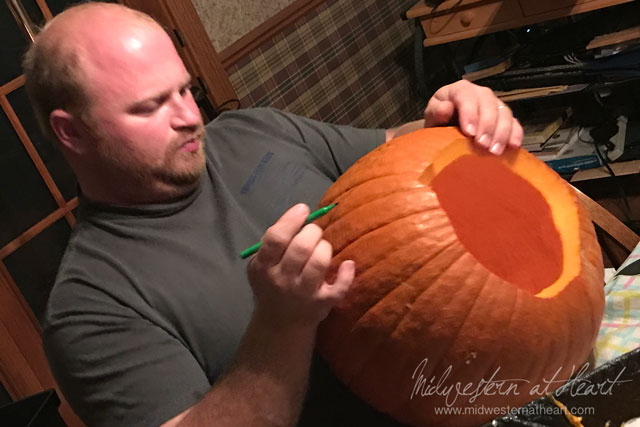 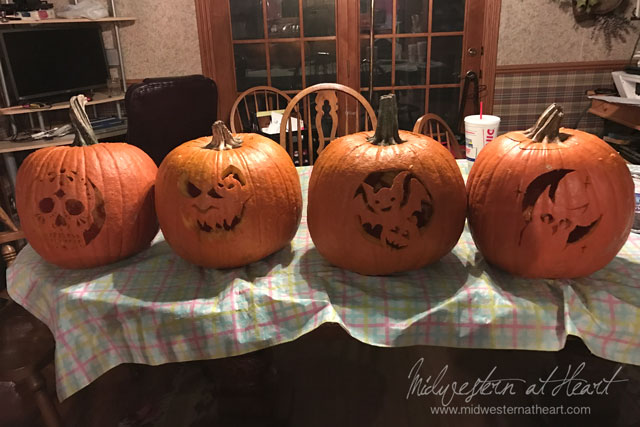 And then lit up. 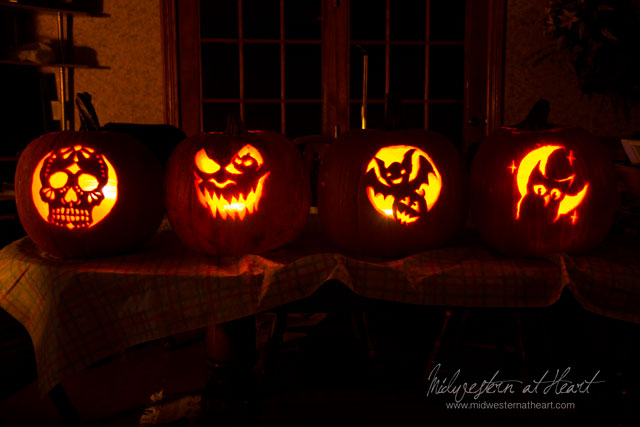 Every year it seems like because we’re waiting for Tbug, but we’re also so busy that I have to push to get these in to include her. It’s totally worth it though!

I need Thicker Skin!!
When the weather outside is frightful....
10 Things to Smile About - March Edition
Road Trip