Going back to that list of blog post ideas, there was one that was, what are bad habits of yours and share why you won’t give them up. Ever.

Today I was texting a friend of mine and telling him about what’s going on in my life (I promise I’ll fill the blog in ASAP) and I told him I was kind of sad. His response was, that’s because your sentimental about things like that.

Hmmm…. I’m not sure why but that has hung with me most of the rest of the day. I know I’m sentimental but I told him in a response, that’s probably one of the bad things about me. He disagreed, but he tends to play devil’s advocate with me, a lot… Just talk politics with him… (btw, he votes like I do.)

Then I pondered on if being sentimental is a bad thing…

Recently I’ve been going through cabinets and purging things I don’t like or don’t use. Why keep them around if I don’t use them? But there are still a bunch of things I keep. Why? I had a karaffe in my arsenal of things I’ve been hanging on to. I’ve never used it. It’s really pretty, but again, I’ve never used it. So why did I keep it around? Because my Grandma S gave it to me.

My Grandma S passed away in 2007. I still miss her to this day. Even if I don’t see that karaffe, knowing it is in my kitchen made me feel closer to her. Was it hers? No. Was there anything special about it? Not really. So why did it hold that sentiment? Well, because I told her I liked it or something similar to it and so she made sure I got it.

I finally decided that I didn’t want it, but the more I think about it, I really kind of do. It’s really pretty. Decisions, decisions.

That’s just one example. So I guess in this case, it can be seen as a bad habit. Justifying keeping something that I don’t really need, but something that I still really like. I’m not sure where I’ll wind up on the to keep or not to keep, but know this… I probably won’t be giving up this “bad habit” any time soon. And once I decide, I’ll let you know. My decision should come soon!

Btw, do you want to see the karaffe? It’s really pretty! 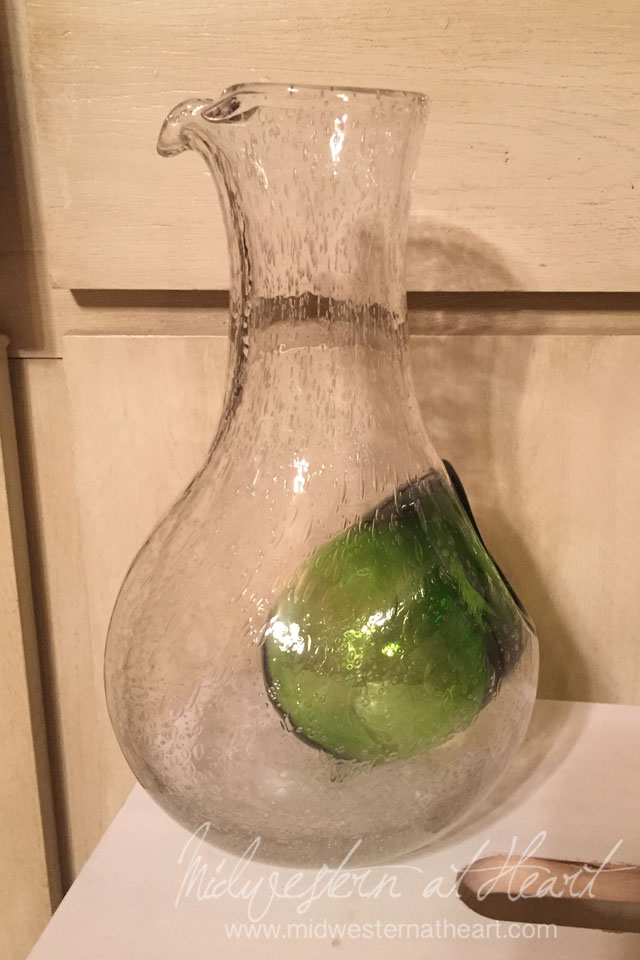