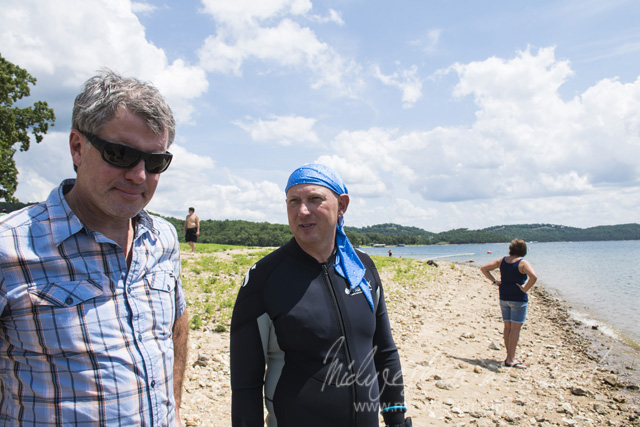 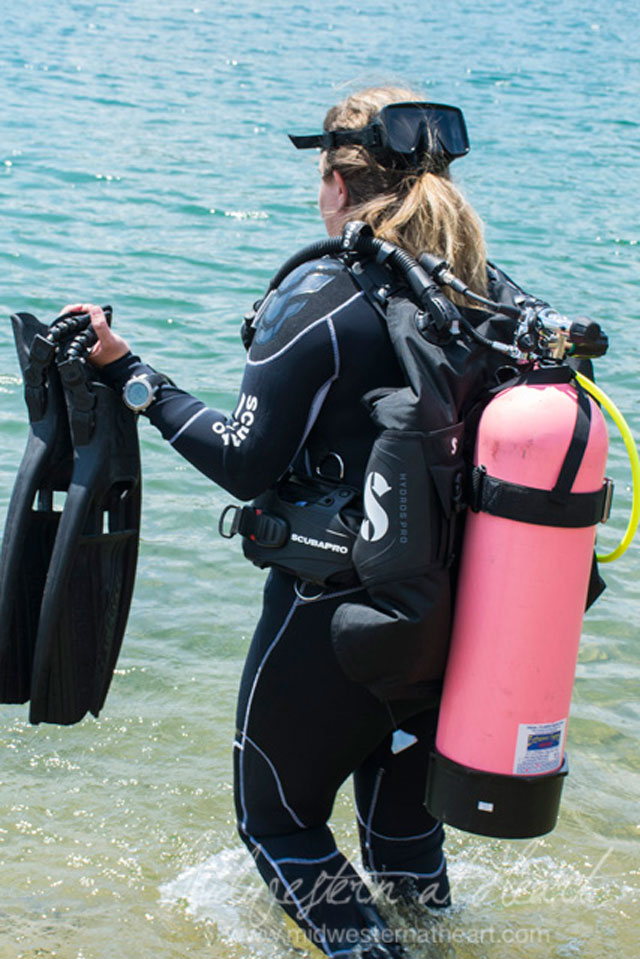 We started checking people in around 9am or so. The kick off was at 1:30. 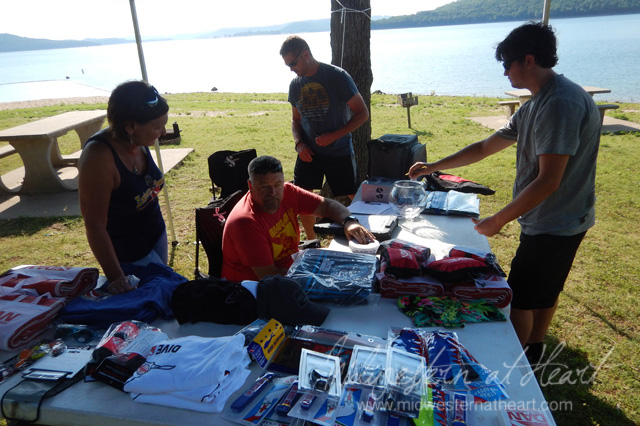 Before the Safari Hunt there were certification check out dives, so Doug went out to set the dive flag markers. 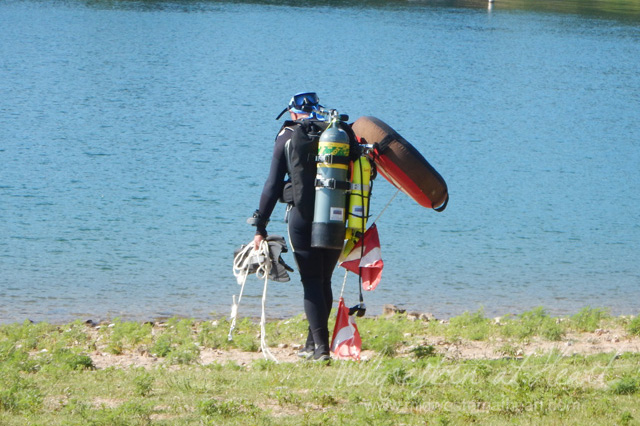 Dan, Lee, and I went out to hide the animals. 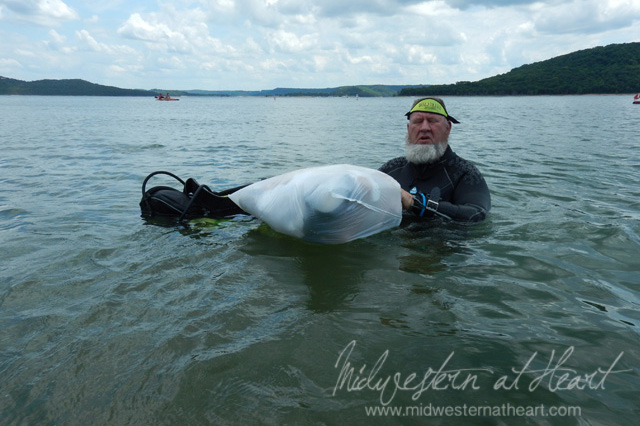 Dan started pulling them out of the bag and getting them wet so we could get the air out of the animals to help with buoyancy control. 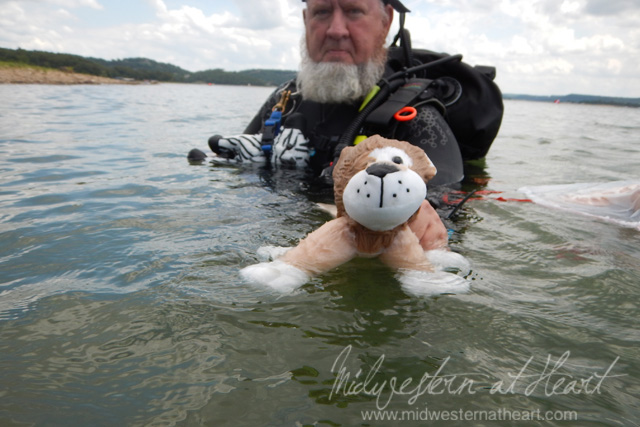 I took pictures of where I hid my 3 animals just so I remembered. One of mine didn’t stay down though, Dan caught it and went and rehid it. It was actually one of the 2 animals not found during the hunt. Now technically we had 3 not found, but one of the people found an animal from 2015, it was number 4 and number 4 from this year wasn’t found, so they got to draw 4th in that sense. 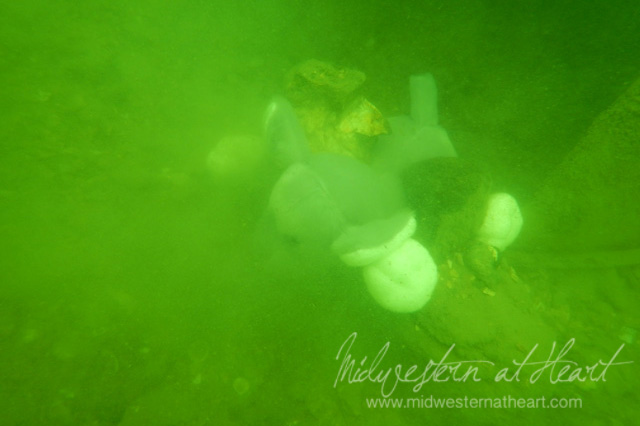 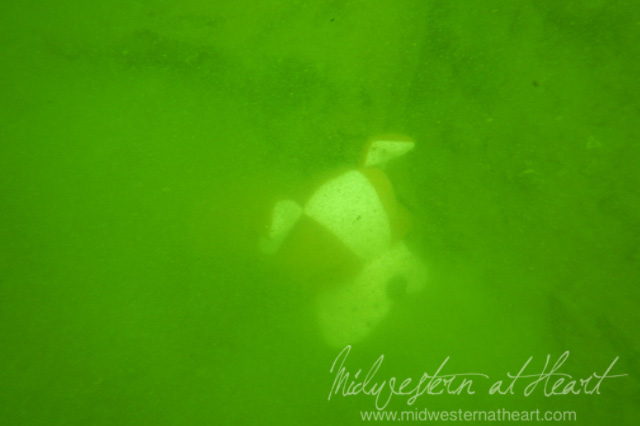 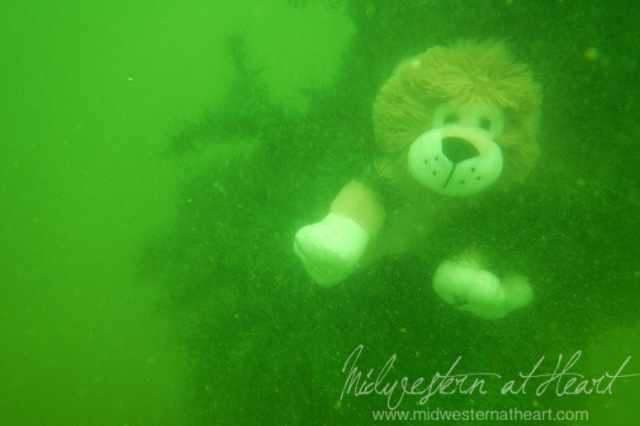 Two of our hiders in crime… Lee and me. 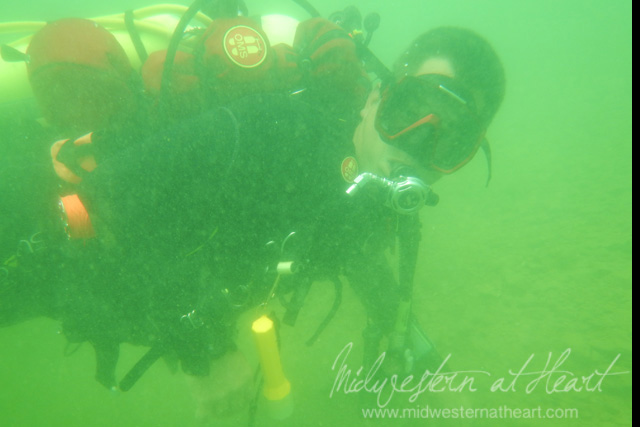 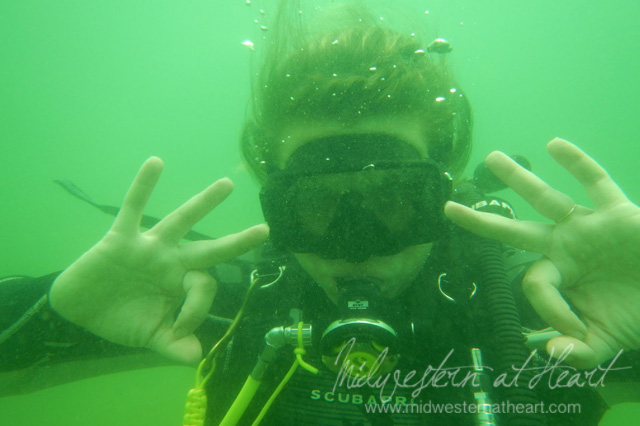 We got back to the surface around 1. Grady kicked them off with rules and regulations at 1:30 and they were off. 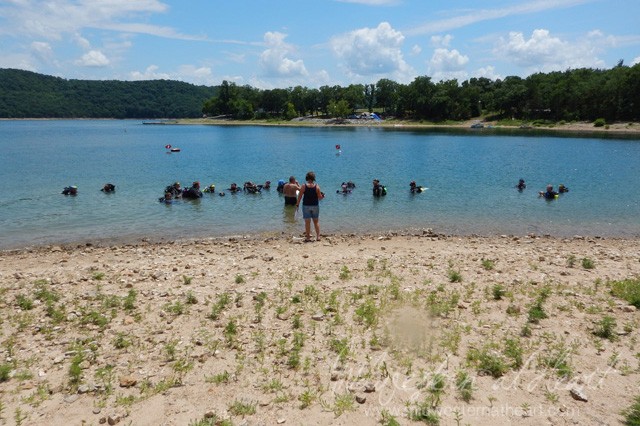 By this time I gave the BC I was testing out to Deb so Jared took my camera down and got pictures for me. 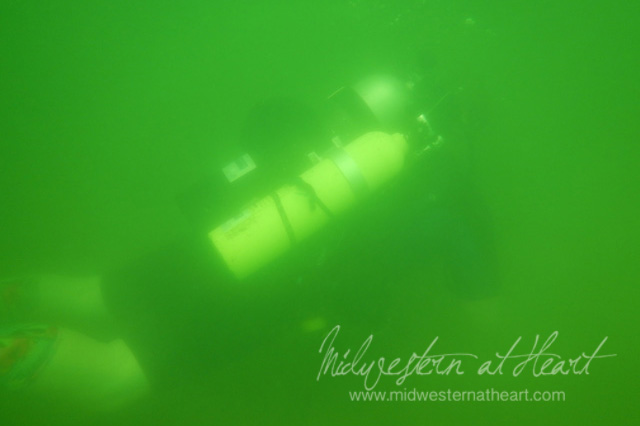 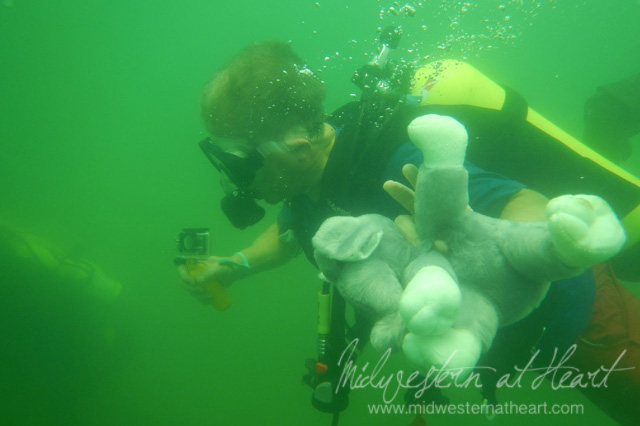 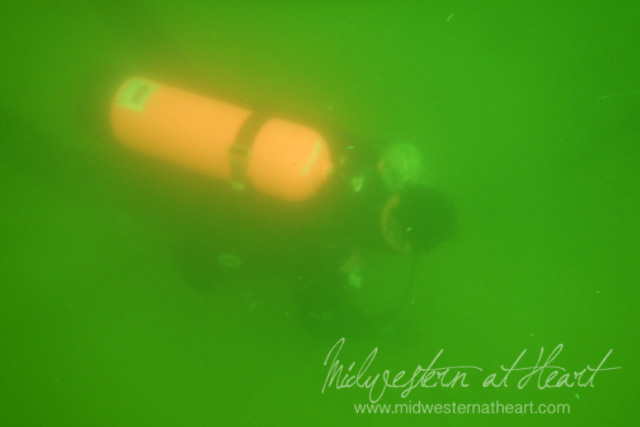 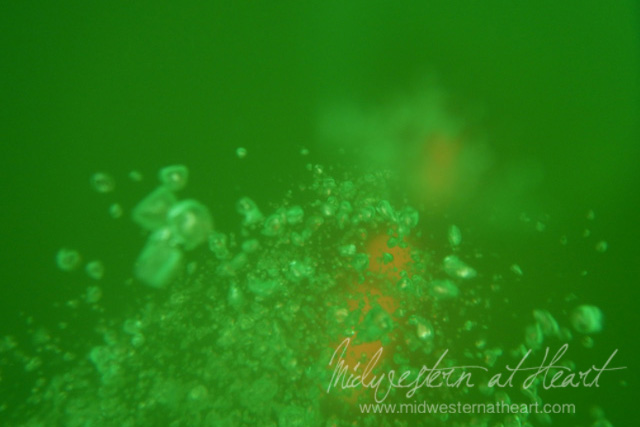 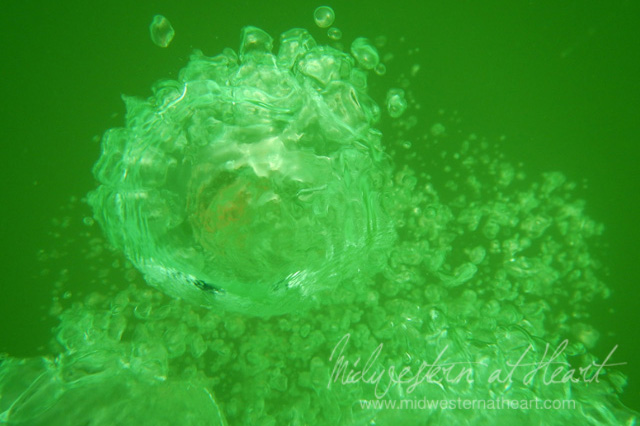 Now I want to brag that Tbug dove with Doug and she found an animal in 2 minutes. I swear I didn’t tell her where I hid mine, in fact, she didn’t even find one of the 3 I hid. So there ya go, I can brag that she found one in 2 minutes and was the first one up from the hunt. 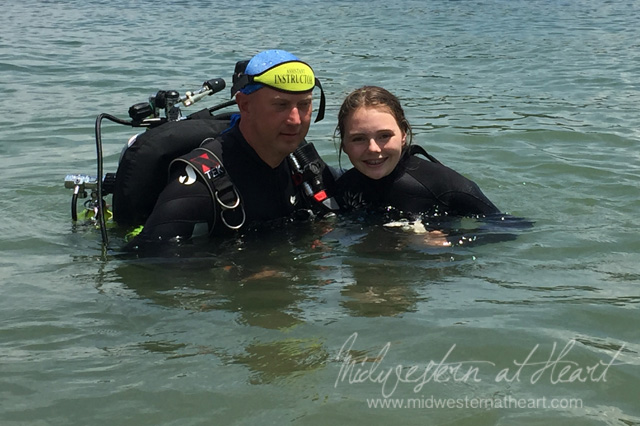 While the adults had their own safari hunt, the kids had a ring hunt. 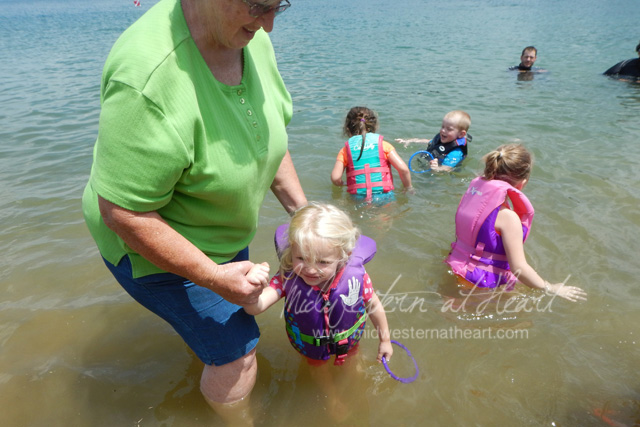 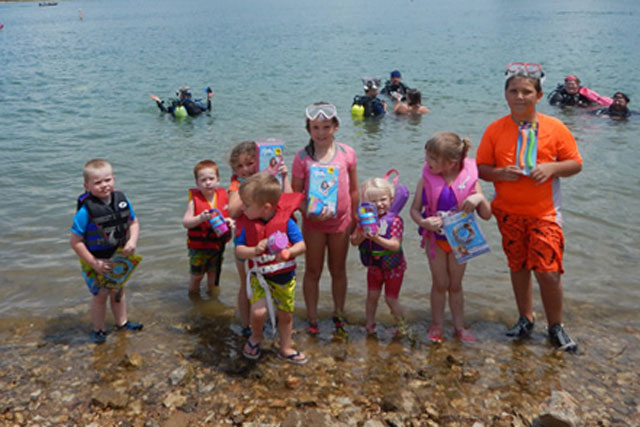 When a couple people came up from diving, we sent them back down with others to try and find animals during the hunt. One of them left their gorilla hanging out on the surface. 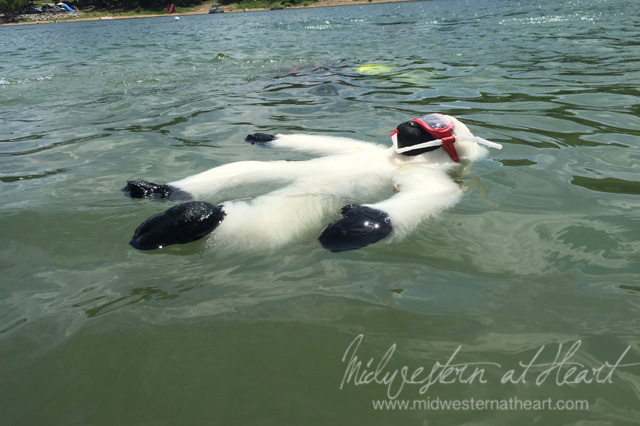 Deb and Grady did a little calculating and then it was time for the hunt finders to draw for their prizes. 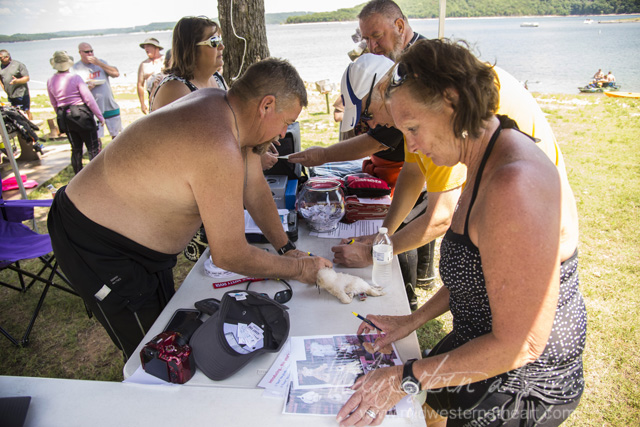 Tbug won an online Nitrox class and a dry bag. 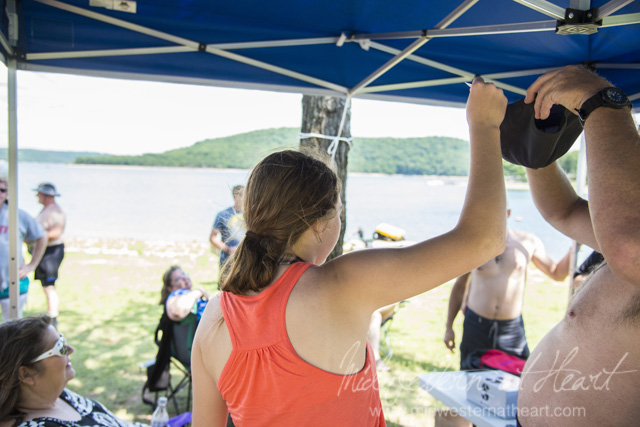 This was also an event to raise money for our local search and rescue team. We were able to raise them $350. 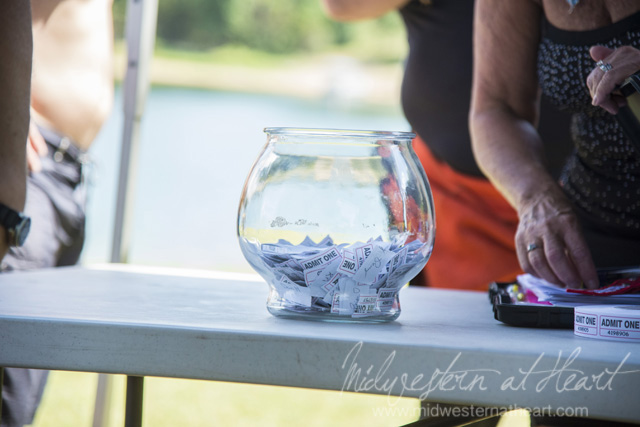