I’m on a food kick this week… I can’t help it! Sometimes it happens! Monday there was a post on Homemade Oreo cookies, Tuesday was about French Dip sandwiches, yesterday was a restaurant we ate Mexican food at and today… Fried Chicken!

Although maybe I should wait to post this because they’re getting ready to change locations, but really that doesn’t matter.

So Saturday night we met up with my parents for dinner and went to Kicks Fried Chicken. Yum! 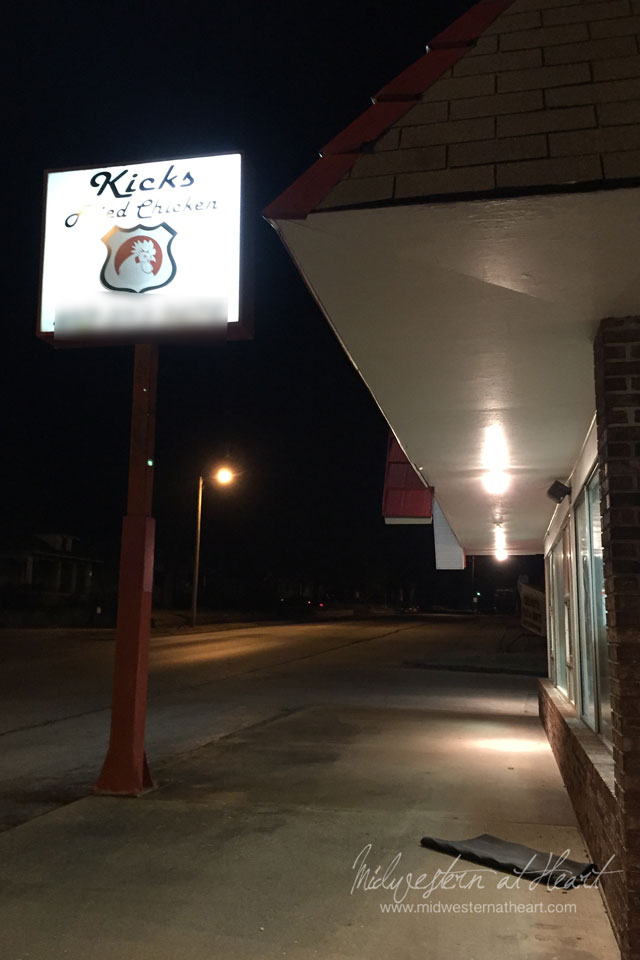 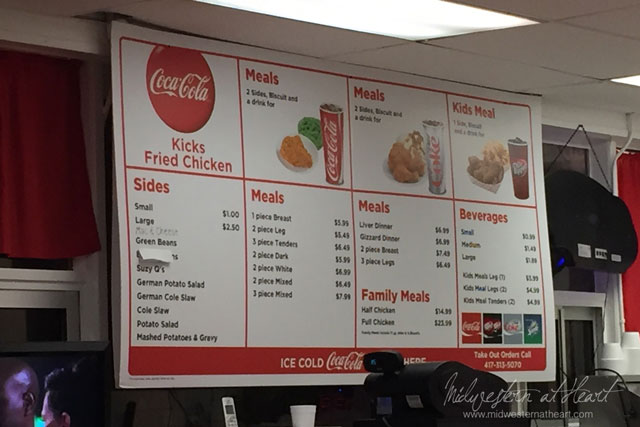 Hubby and I actually went to school with the owners. One of them, Justin, happened to be working that night. When we walked in he greeted us and then when we said we were waiting on my parents, my dad walked in and he was like you claim him. Obviously being funny and then walked up and shook my dad’s hand. That’s what you get for hometown restaurants.

So we started with Onion Rings. Holy cow, these things were awesomely seasoned. They were salty but not, crunchy but not, battered but not. I mean, really awesome. If I would have known how good they were, I might have gotten them for my side. No Joke. 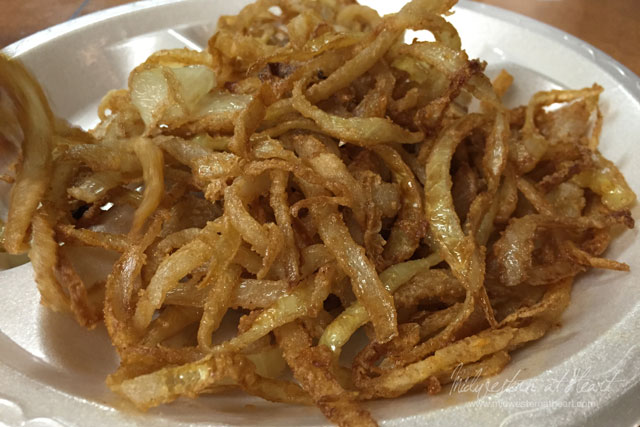 Instead I went with a 1 Piece Breast Meal. 1 breast of chicken, with a side of Mashed Potatoes with white gravy, German Potato salad and a biscuit. 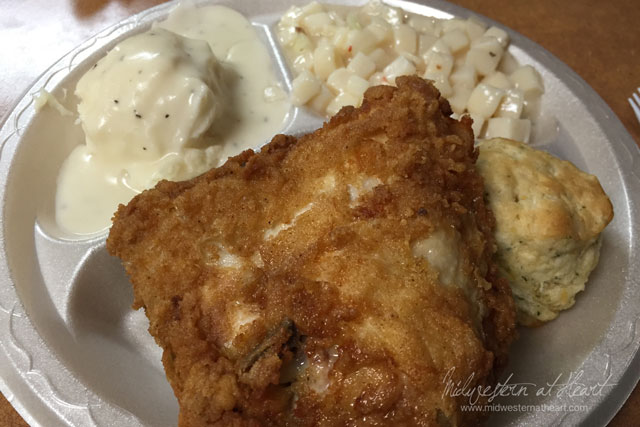 Hubby went with a 2 piece with onion rings, german potato salad and a roll. 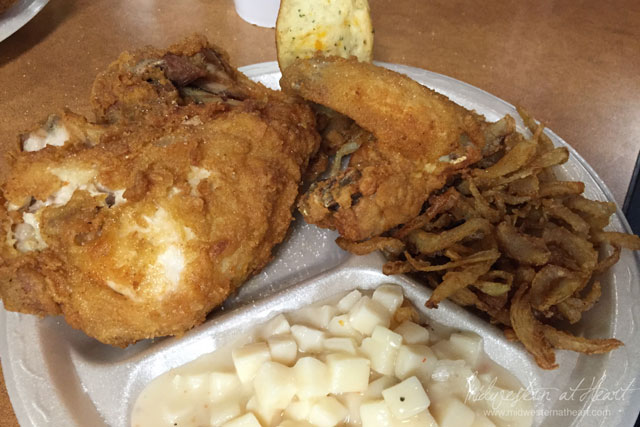 Tbug had the 1 piece, onion rings, mashed potatoes and brown gravy and a biscuit. 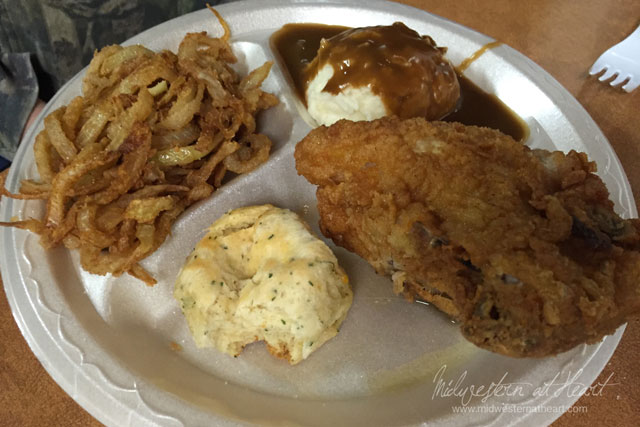 I can’t remember what my parents had but we were all licking our fingers when we left. Justin also said that our hometown paper ran a 2016 best businesses and they were #1 for Fried Chicken. He laughed because he said he didn’t even know they were having a contest. Sometimes those are the best. He only found out because someone who picked up a to go order told him. He went and got the paper just to make sure, that and maybe frame it, I dunno……