Growing up my dad and I made chili all the time for dinner. Now one thing about my dad’s chili is sometimes it got so spicy that I couldn’t stand to take one bite. So I say that I don’t like Chili but I really think it is most people put beans in Chili and I only like green beans and I don’t care for chili so spicy you can’t eat it. You get rid of those 2 things and truthfully I do like chili. I don’t mind a little spice, but so spicy one bite sets your lips on fire, ugh!

This year we attended (and helped with) the 3rd annual Chili Cookoff to raise money for children who might not have a Christmas otherwise. It’s such a worthy cause! The first year Hubby and Tbug entered. Last year Tbug entered and won. This year she asked grandpa (my dad) if he’d help her with chili again. She had to defend her title. At the last minute I decided I wanted to try my chances at making Chili as well.

The day of the Chili cookoff came. Hubby and I went over to help with the last minute things. 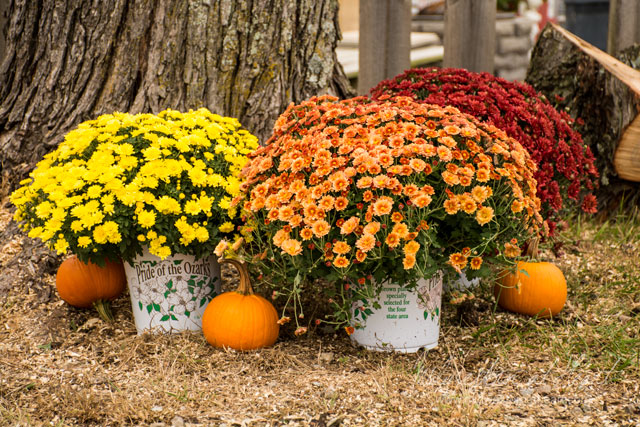 One of the exciting things this year was a bounce house. Let’s just say, I had to take my turn at playing in the bounce house :). Hubs and Jared pulled in just as I was going down the slide. I’m pretty sure hubby was proud to call me his wife. ha! 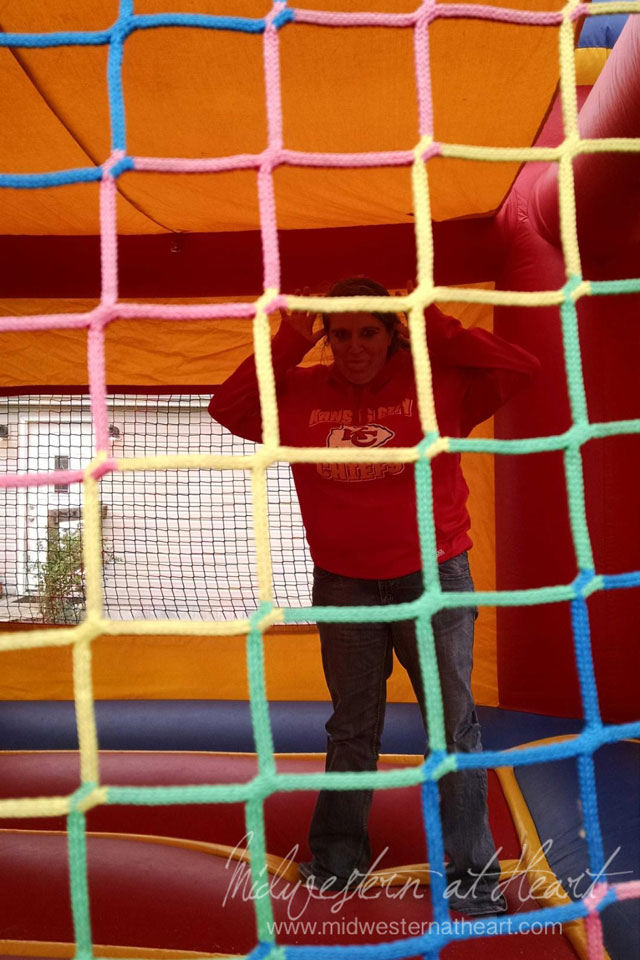 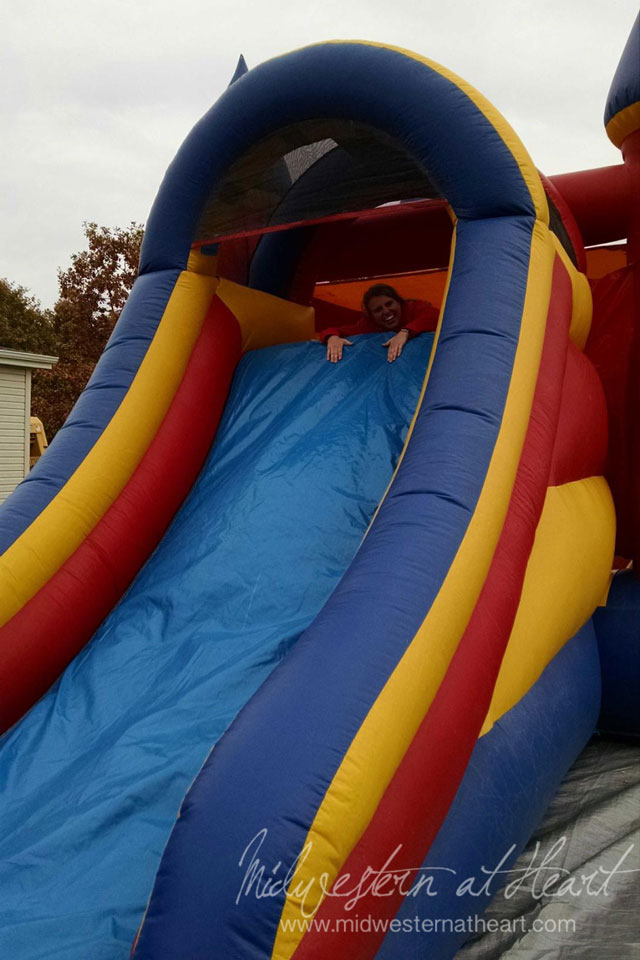 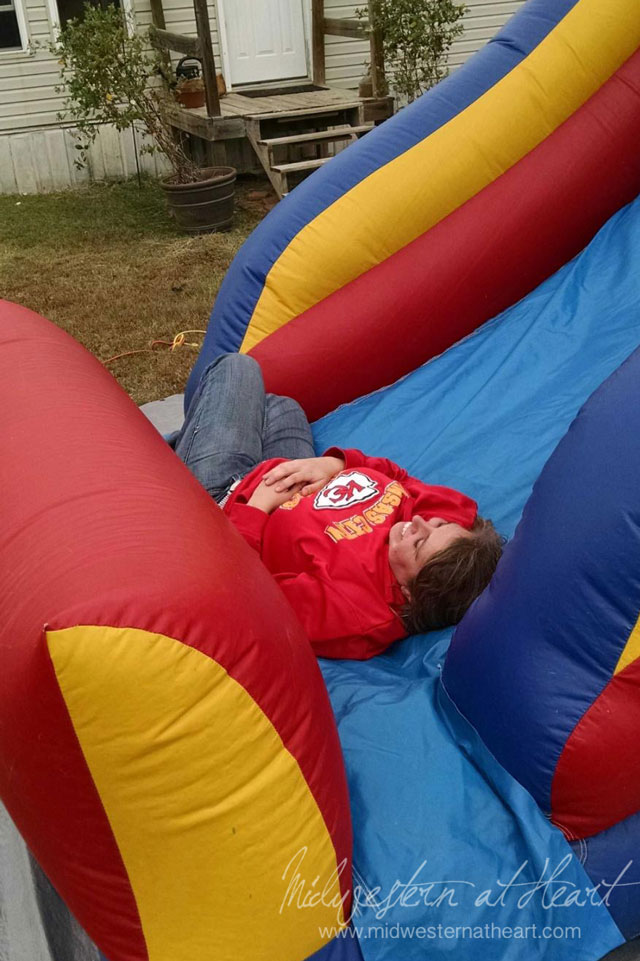 One time down and I was winded… so I did it again. 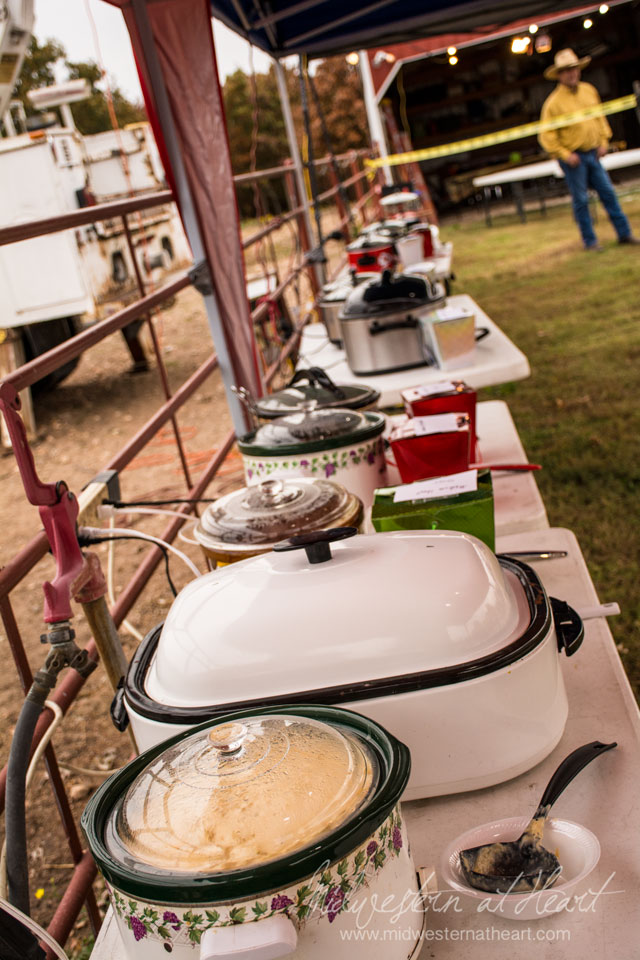 The judges this year represented all the local fire districts in the county. 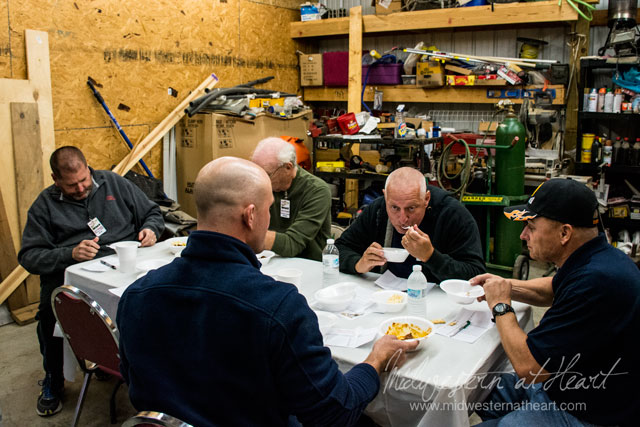 Our “Amish” diver, Dan, over saw the judges, helped with any questions they might have as well as he was an alternate in case one of the judges didn’t show up. (No Dan isn’t Amish, it’s a joke because well….. the picture speaks for itself :)) 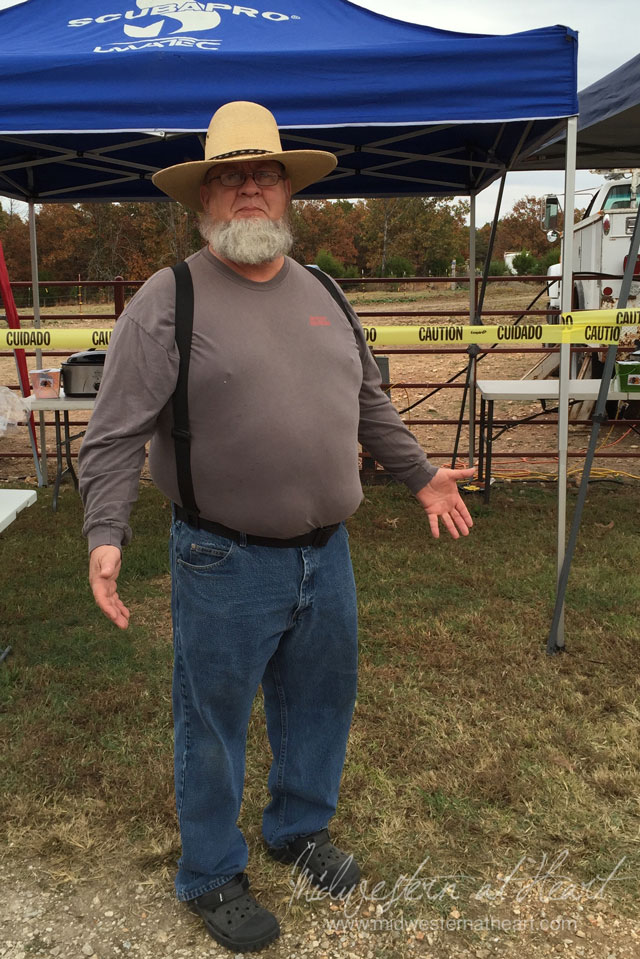 Another exciting addition this year is the Johnny Train. Boomer’s family has it for the Spring Gathering and we asked if he’d be able to bring it out for the kiddos to ride in this year. Abug loved it and Tbug is such an awesome big sister for riding it round and round with her. 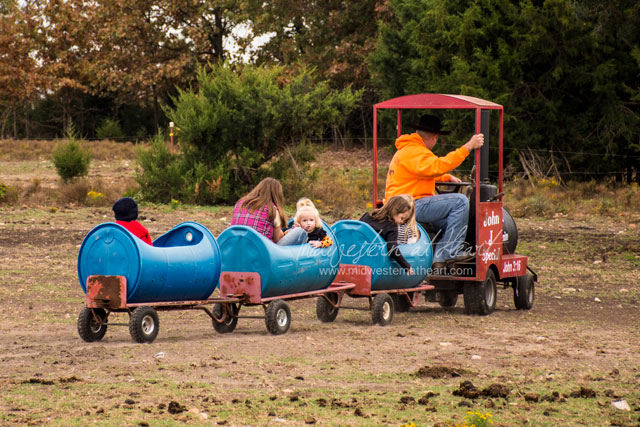 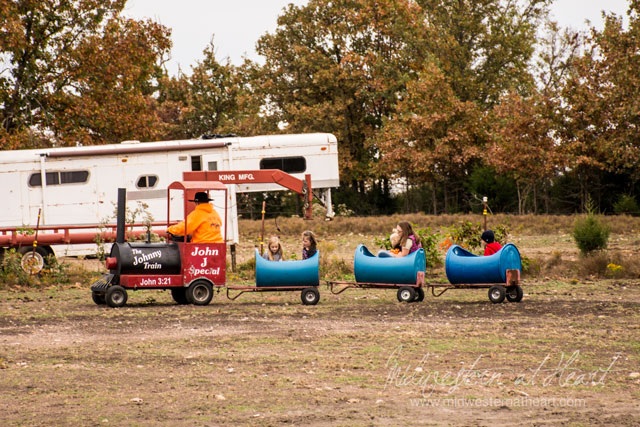 While the judges were busy judging away, there was a silent auction going on. We had Jared’s big flatbed trailer loaded down with lots of goodies. In fact we had so many that we wound up having to set up additional items on tables. There were 110 items up for auction this year. 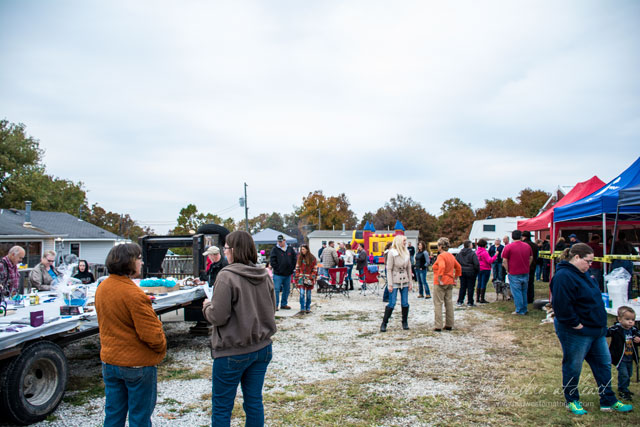 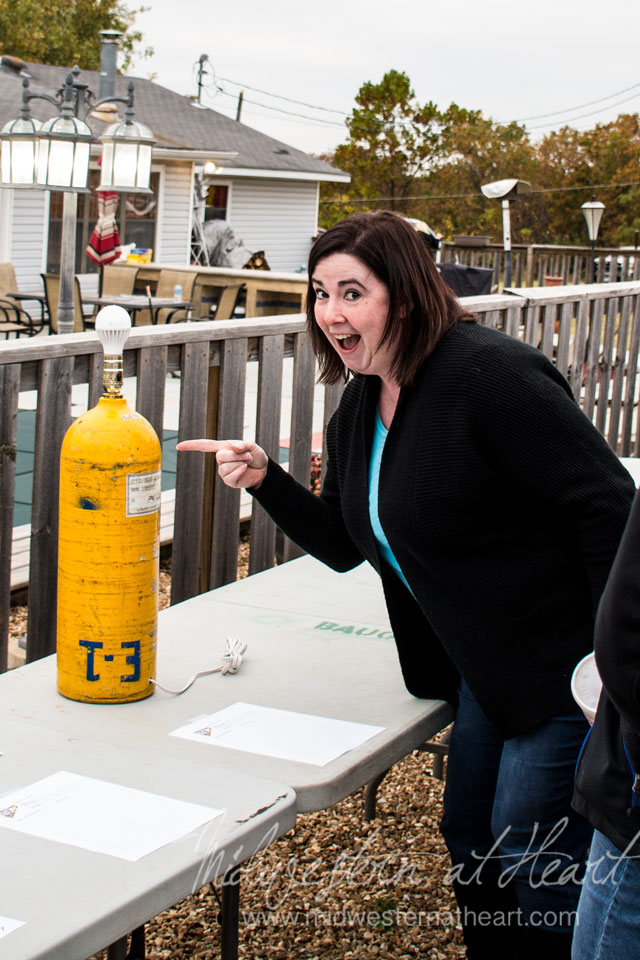 Once the judges were done judging, then came time for everyone to eat. We also had an opportunity for a People’s Choice winner. When you entered the event you paid $5 and got 5 tickets to use for People’s Choice. Once people’s choice was ended, they tallied up the votes for each chili as well as getting the winners from the judges figured out. 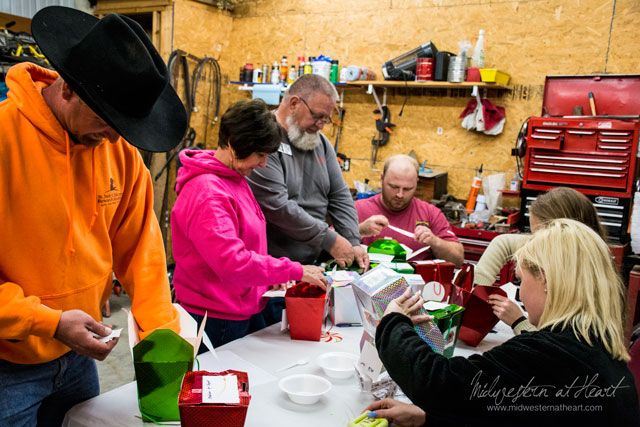 So when Dan walked out of the results room, he asked my mom what her maiden name was. She told him and he said that was easier to remember than her current last name. Mom was kind of like ok…. Then When Dan started announcing the results, he announced my mom’s name for People’s Choice (with her maiden name). She was like, no one has called me that in years. (by the way, my mom HATES having her picture taken. I need to point that out!) 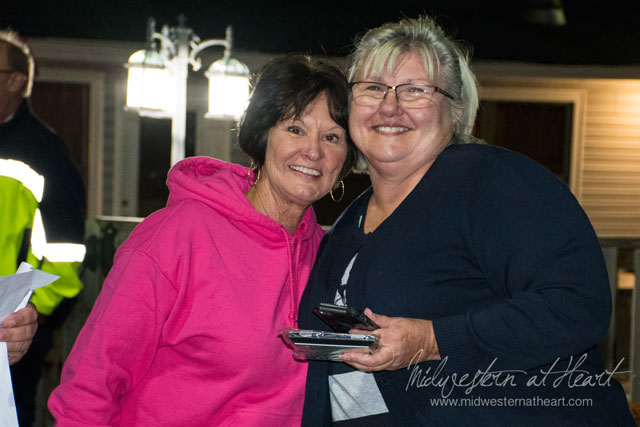 Then he announced 3rd place but instead of saying my name, he said her daughter, which totally caught me off guard. 1st off I won 3rd place, really?!?!?! They gave me such fits because my mom only has 1 daughter. 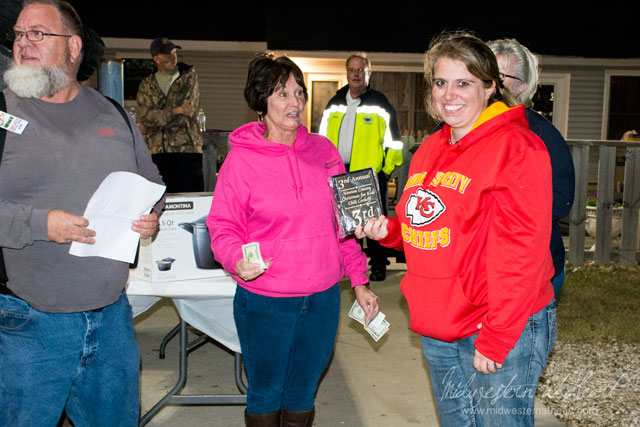 My mom might shoot me for so many pictures of her on my blog… but! 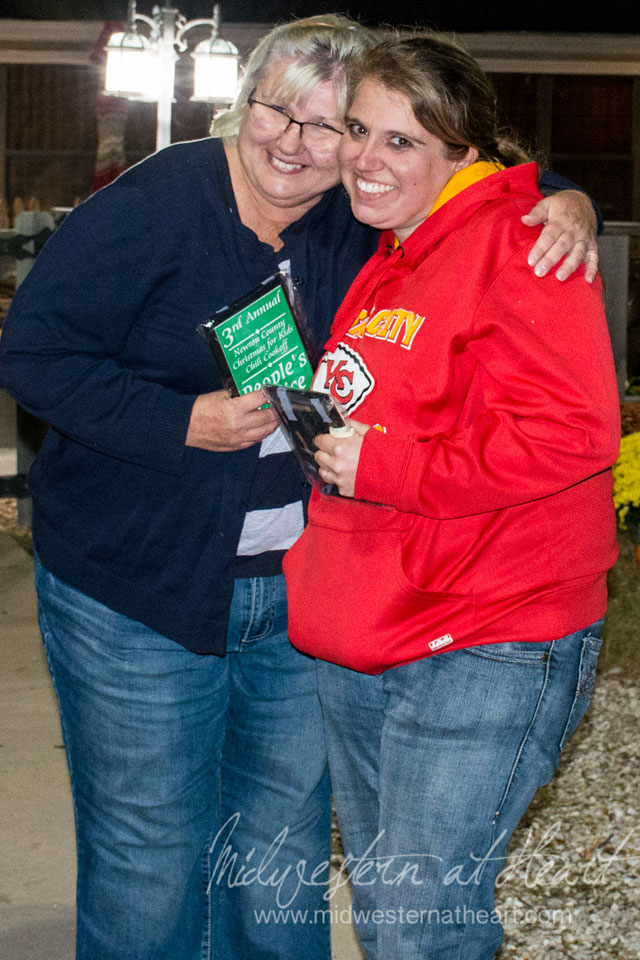 Karen’s sister Janet won 2nd place. She had already left for the evening so Karen went and accepted for her. 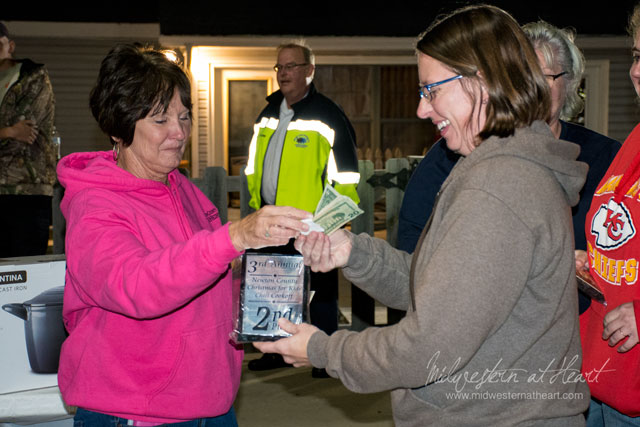 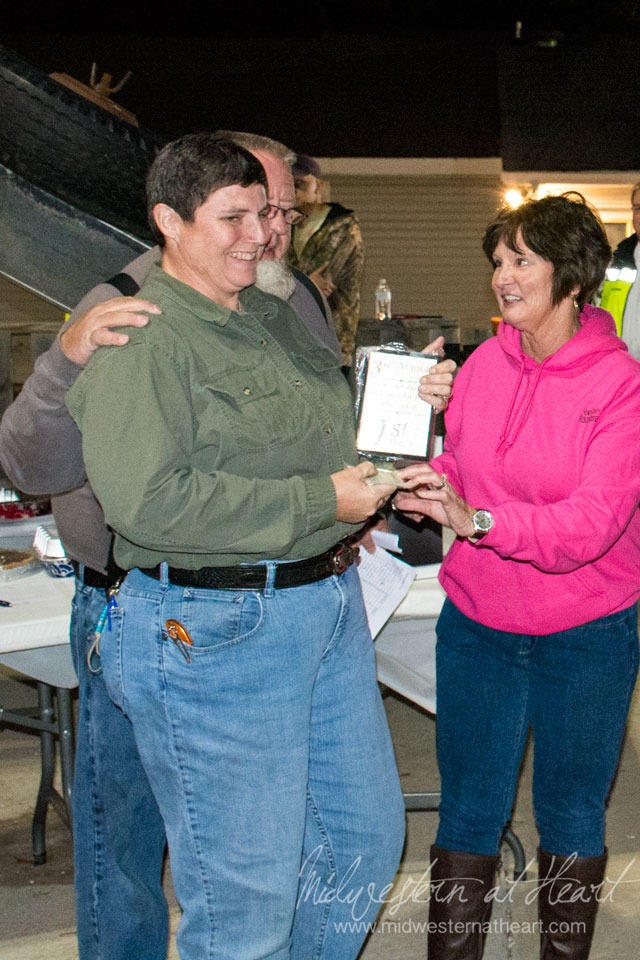 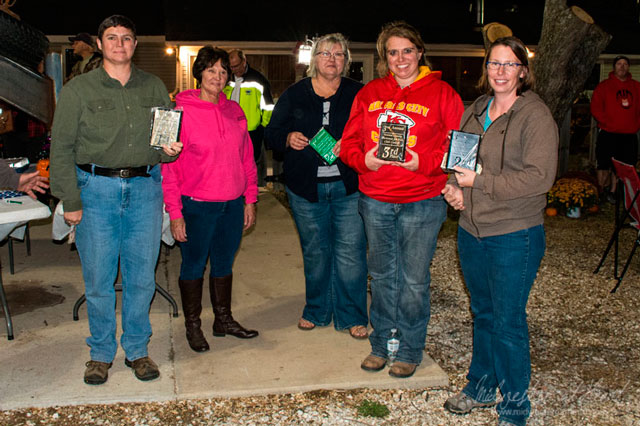 Hubby wound up having to be camera man and I told him to make sure he got a good picture of all the winners. They started picking on me again and look what we wound up with… my tongue stuck out at him. Of course but it wouldn’t be a picture session with me if my tongue didn’t wind up out of my mouth at least once. ha! 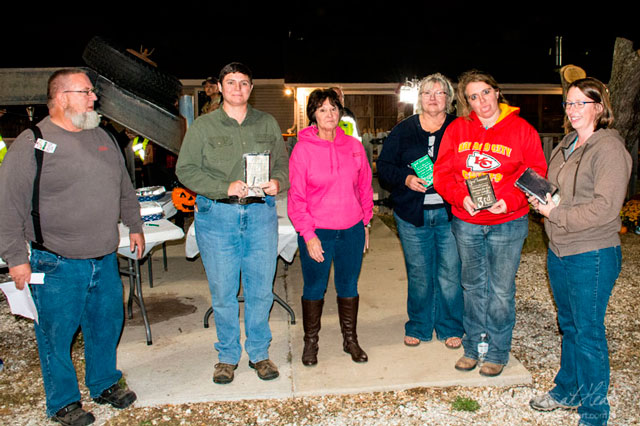 So the real winners here are the children who get to have a better Christmas. The first year our goal was $500 and we raised $530.
The second year we raised over $2,000. I never heard an official total but we’re thinking around $2,100.
A few people were worried we wouldn’t do that well this year. The grand total wound up at $3,400 (even). How awesome is that?!?!

I’m so thankful to have such amazing people in my life right now who do what they can for worthy causes such as this one. I couldn’t ask for a better set of people to hang out with! And I want to thank everyone for all the support they’ve given to this by participating whether entering chili, donating an auction item or bidding on an auction item.