The other night I was sitting in the house doing homework. Between reading and studying I was about to go nuts. Hubby had taken Abug outside with him, so I snuck outside to see what they were up to; that’s when I heard the tractor running. We lucked out, some really good friends of ours brought us their tractor over (plus mower, second tractor and baler, Thank you Jared & Karen!) to do some fall haying. Our mower is broken (again). 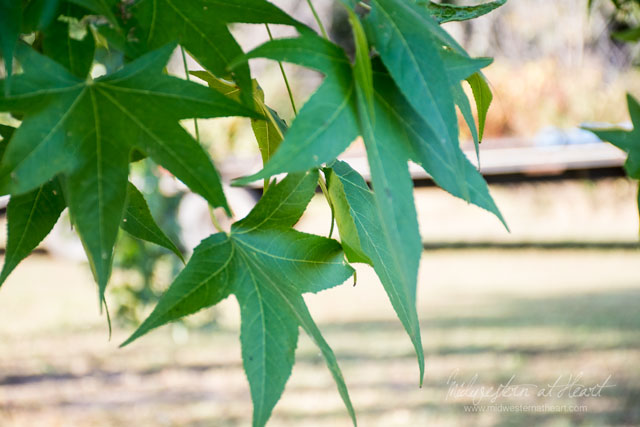 I looked out in the field where the tractor noise was coming from and they were moving the other bales off the field from the summer cutting. 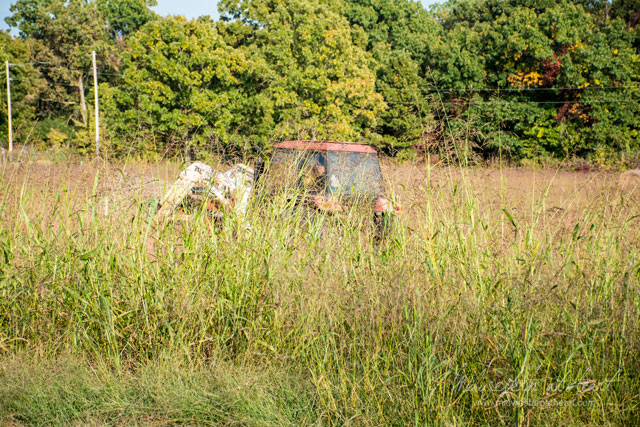 Then I got caught… you know, not studying. 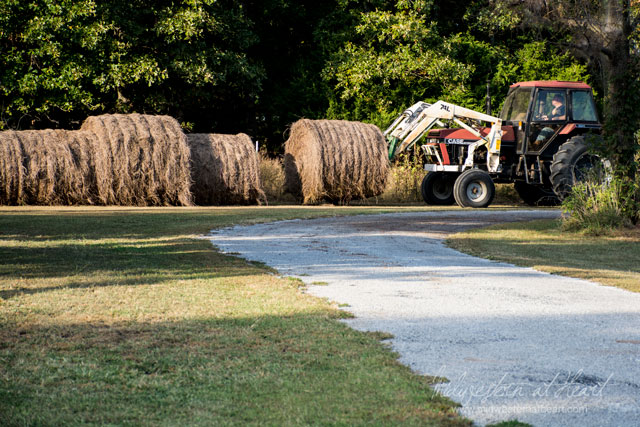 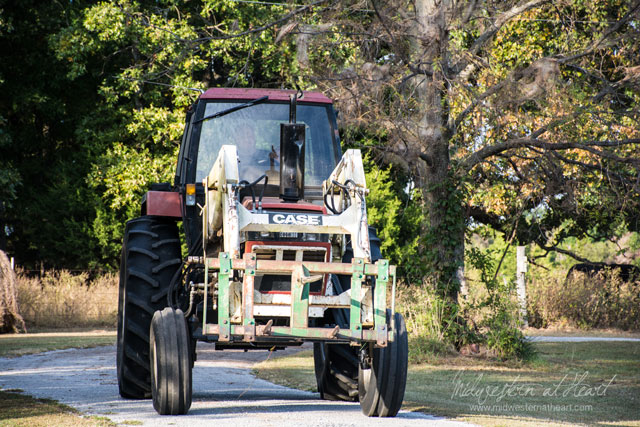 But that’s okay because I saw this beautiful doll. She absolutely LOVES tractor rides (or horse rides or whatever….. ) 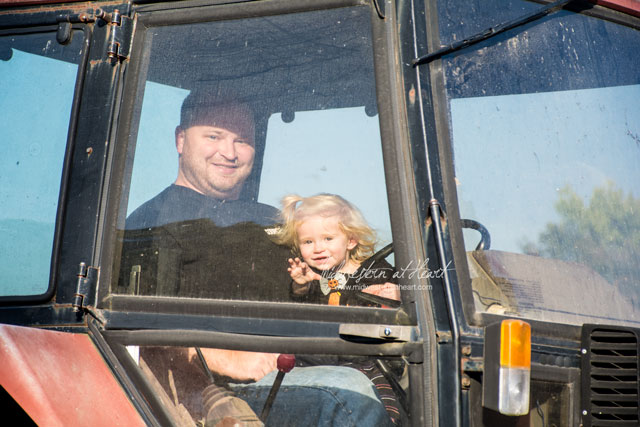 Hubby and Squirrel got the hay moved off the field. Hey, cows gotta eat too! 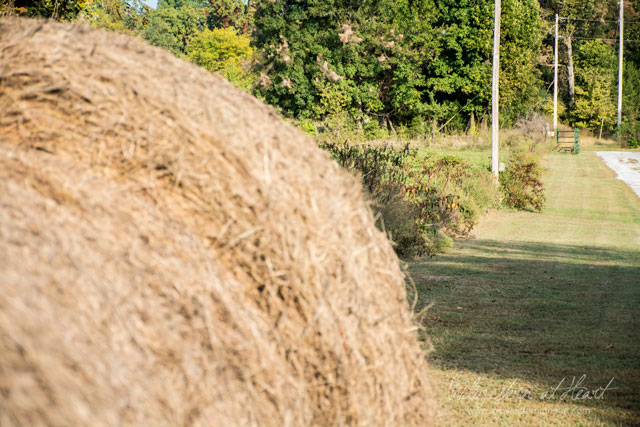 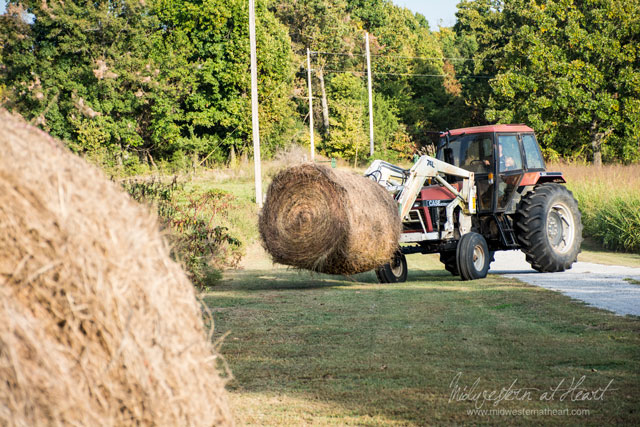 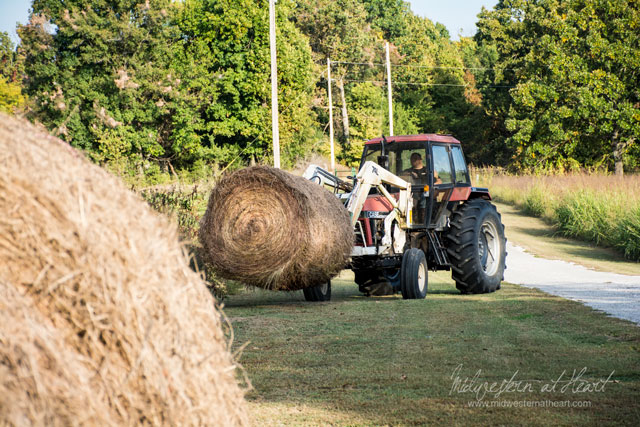 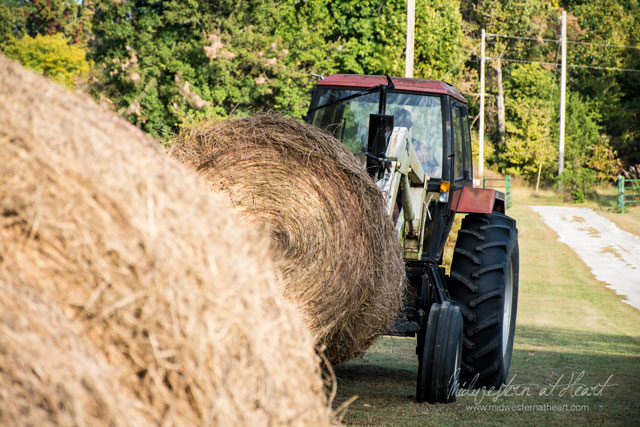 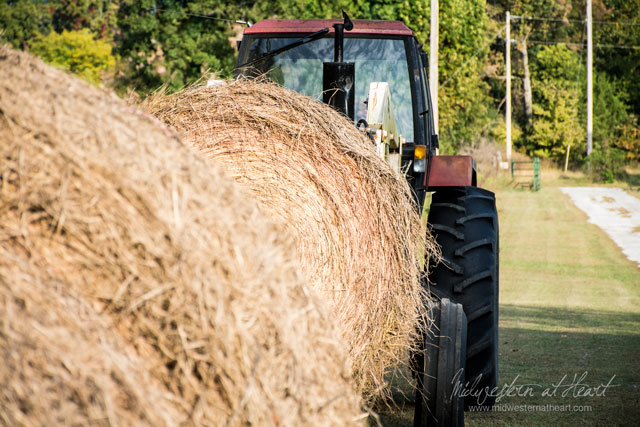 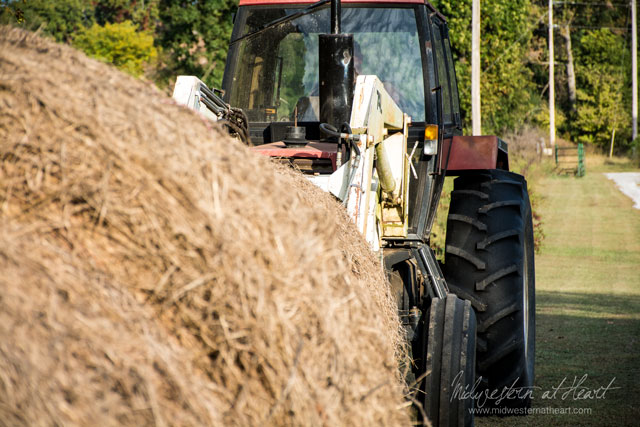 After I got my pictures though, I decided to be the studious person and go back to studying. I went back in the house. A little while later hubby came quietly into the house with a sleeping baby girl in his arms. She then proceeded to take a nap next to my leg on the bed while I continued to study.