My Wednesday night class is called British Comic Novel. The first night of class we were asked “What makes you laugh.” Seems like a very straight forward question, but try to put it in words. Then we had to give examples of our words.

The second night of class the professor summed up what we said:

Since that first and second night of class we’ve been discussing different books that we’ve been required to read. The first was Joseph Andrews by Henry Fielding, the second was Cold Comfort Farm by Stella Gibbons, and the third was The Code of the Woosters by P.G. Wodehouse. (by the way we’re reading 10 books in 16 weeks… plus I have books I’m reading for comps, wish me luck!)

Last night we finished up The Code of the Woosters, being a seminar class, we’re all required to talk. That’s part of our class participation, we have to ask a question, state a comment, or feed off someone else’s comment twice.

But one of the guys offered up this… Is The Code of the Woosters masculine comedy. Whoa, that opened a whole discussion for like 20 minutes on what is masculine and what is feminine comedy. Did you know there was a difference? I didn’t. I mean once we sat and talked about it, maybe there is… but I’m not 100% sure I totally buy that either.

Some of the characteristics described for masculine comedy is slapstick/physical (think America’s Funniest Home Video’s and all the people who constantly get racked over and over) and rude/crude. And they described feminine comedy as more predicaments we could find ourselves in. It was more compared to romantic comedies.

Hmmmm…. now that’s a real head thinker. Shows like “Jackass” and “The Hangover” were brought up, both of which I’ve never seen, but it got me to thinking about the type of shows my husband and I watch. Now granted this is a novel class and we’re talking shows… but sometimes you have to…

He likes the movie “I Hope They Serve Beer In Hell.” That movie cannot keep my attention to save my life. I think I’ve watched it… or at least parts of it….

Then the movie “Bridget Jones’s Diary” was brought up, by the way, that’s one of the 10 books we have to read this semester. The girls in our class (which we’re predominantly female, 4/14 are male) started commenting that they could totally relate to Bridget Jones. I agree, I could too, but the professor and a few students also pointed out that there is some slapstick comedy in that movie as well.

Then the fact was brought up that for a long time women weren’t allowed in theater (think Shakespeare days) until many years later so we’re making up ground.

Okay so aren’t you glad you went through my 3 hour class with me in just the few minutes that it took you to read that above information. Glad I could help :).

So moving on… as I was driving home last night I was exhausted. I’d have almost been just as happy to pull my car over, curl up in a ball, and go to sleep (and I still had to go home and review one more time through my notes for my test this morning).

The radio was driving me nuts. When I get tired I HATE LISTENING to commercials. I just want to scream. So I rolled the window down for some fresh air and turned on my music on my phone that will stream through the speakers in the car. I flipped through songs until I got to one that sounded like something I could jam to and it happened to be “My Maria” by Brooks and Dunn. 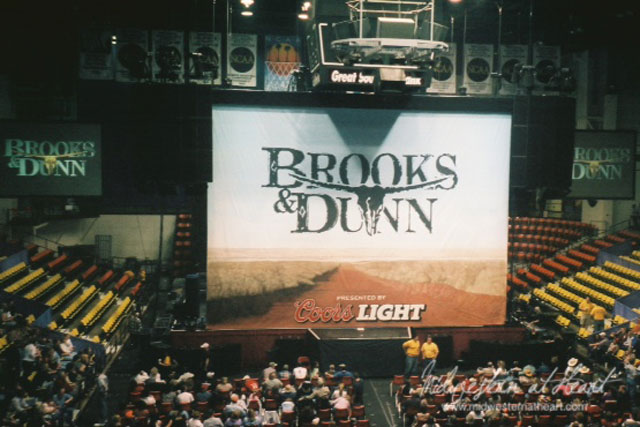 Now that song and I have a long history… Back when I first got my drivers license my mom drove a 1999 Mitsubishi Diamante and I used to put that song on anytime I drove that car. Now that was a bad thing because that car had a very light gas pedal and I might have sped a few times when that stupid song came on… lol. 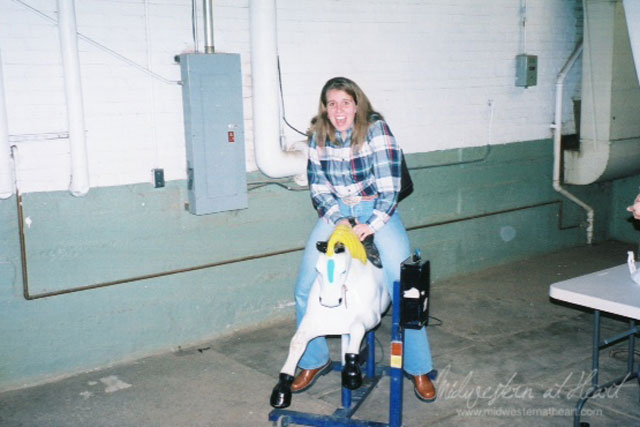 But it brought me back to a time a few years ago (late early 2000’s like maybe 2003, 2004, 2005ish) when we were down in Ft. Worth at the NCHA Futurity which is held in December every year. For whatever reason my parents didn’t get their normal seats and we got on the floor row back behind the cattle. (long story, just know you can’t see the prettiness of the horse, you see the butt.)

We were sitting there while they were settling cattle (just know the show wasn’t going on at that point in time, it was like intermission) and Kix Brooks and his wife who are avid Cutting Horse people came walking past my parents and me and reached over my head and shook some guys hand 2 rows behind me.

When he walked away I told my mom that I’m pretty sure I could tell you the type of deodorant that he had on, his armpit/body was that close to my face. My mom laughed and my dad looked at me like I was crazy for saying that.

Hmmm…. So does that mean men and women find different things funny? I don’t know, you decide.

You’re welcome for such a pondering thought… I’ve been thinking about it since last night except for while I was asleep dreaming I was talking to my mom on the phone about taking hubby to the eye doctor because he had a piece of metal in his eye. Another story for another day.