Today is the last day of the Blog Every day in May… A Vivid Memory. 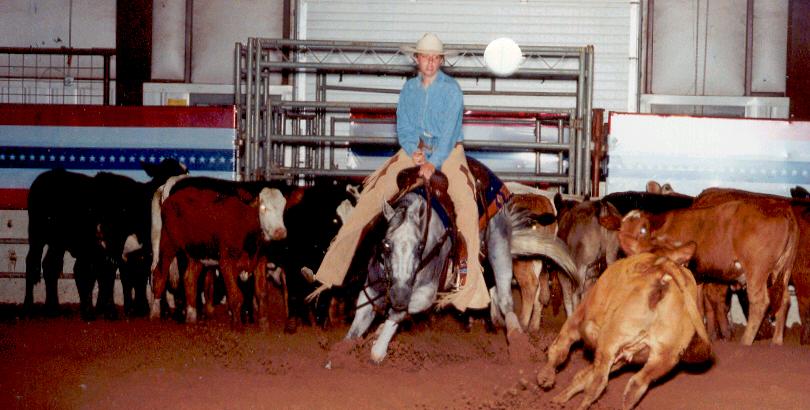 So it was the last weekend of April, Easter weekend.  The Youth season for qualifying for the AQHYA World Show runs May 1-April 30 of the next year.  So, this was the last show to qualify for the Youth World Nationally.  I was already qualified to represent the state, but I wanted to nationally qualify, that was my goal that year.  I was 1/2 point away from getting there and this was one last chance.  I was the last horse to show out of 10 horses which gave me the chance to win 1 1/2 points so all I had to do was place 3rd.  Generally no one wants to be first and no one wants to be last, but last has never scared me.  I went in and had one of the best 2 1/2 minutes of my life.  I walked out of the arena as the announcer said a score of 74.  I did it.  I nationally qualified with a point to spare.  I went to climb off China (The horse in the picture above. This was actually in Ada OK at the 4th of July blowout the same year) and my foot got caught in the stirrup and I fell off.  My dad was so excited for me that we were smiling and he was congratulating me until I fell off and then he asked if I’d ever ridden a horse before to which we all cracked up laughing.