Oh wow!!! I got a lot of photos from Monday so I’m splitting it up into 2 posts! Otherwise you’d see 55 photos and trust me, I got more than that 🙂 I’m sharing 23 with you right now and 22 in the other unless I look at them more and decide, nah don’t like it after all 🙂 Stay tuned to find out 🙂

On Monday we got up and ran across the street and ate breakfast at a Dunkin’ Donuts and then headed for the double decker tour buses. Most all my info is from the tour guide… he could have been pulling my leg and I wouldn’t know the difference so if I tell you something and it’s wrong, it was his fault! Don’t kill the messenger!

These are the “Corn Cob” buildings. I’ve seen them on some of my other excursions to the city however didn’t know about them… They are located on the Chicago River and are a city within a city. 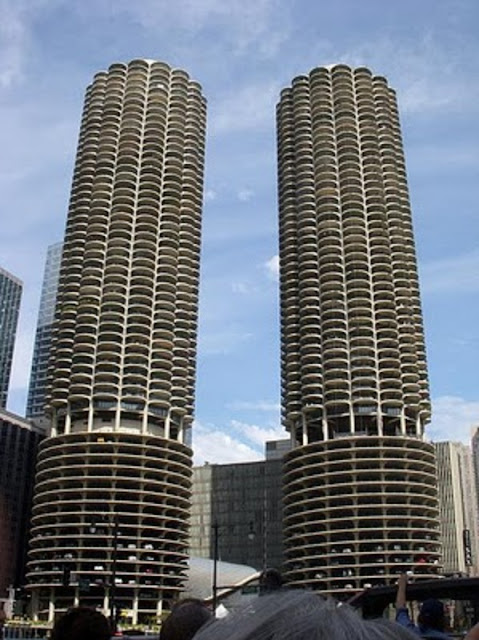 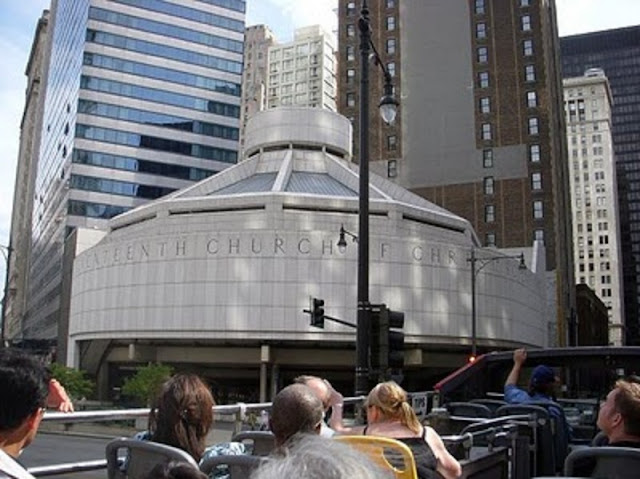 The Carbide & Carbon building. Originally built as an office building, it has now been converted into the Hard Rock Hotel, Chicago. At the right angle our tour guide pointed out that it looks like a champagne or wine bottle and the top would be the cork sticking out. 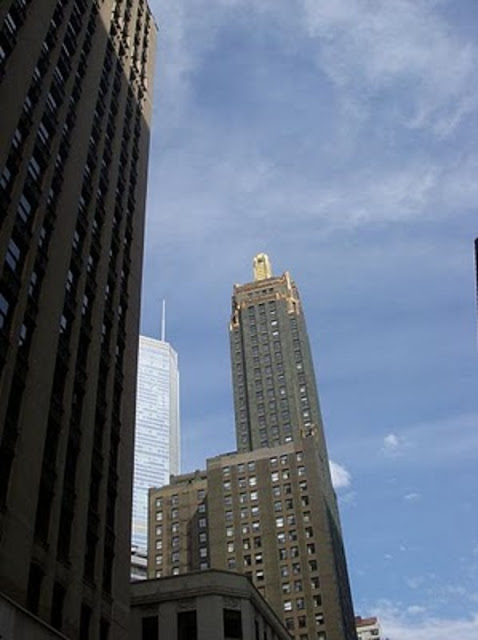 Here we are on the double decker tour buses. 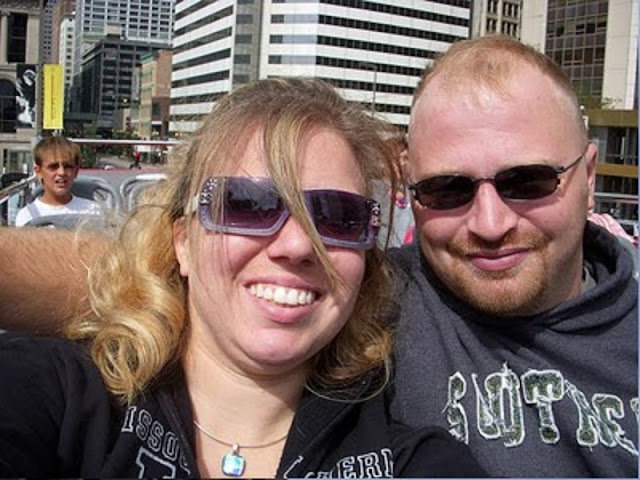 Heck, we just liked the look of this building! 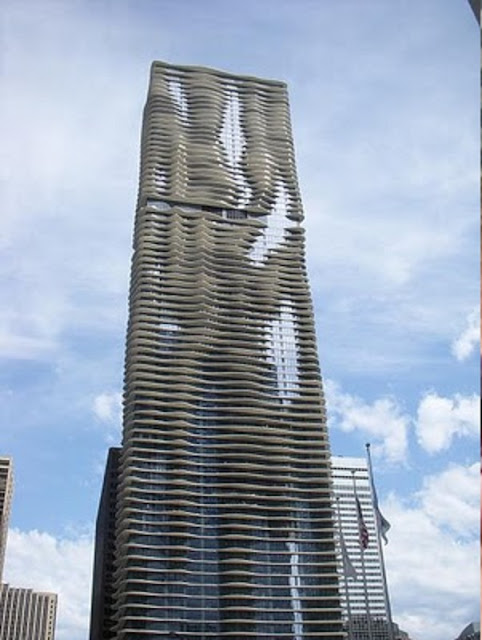 Now this one you might be thinking, what in the heck? I even had PC thinking… but if you look really closely, you can see the airplane I was taking a picture of 🙂 It looks like a black speck in the middle of the photo… LOL 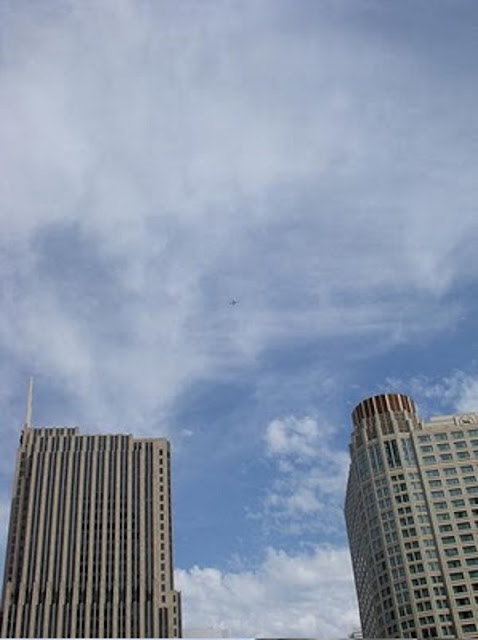 Here is a view down the road and the Chicago River. It has an extremely interesting history too!!! 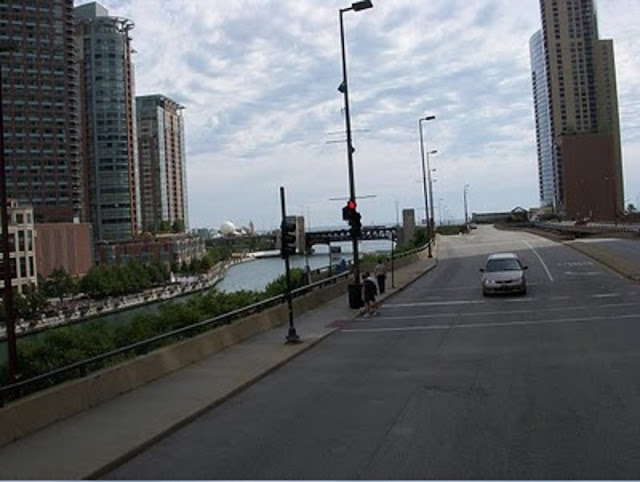 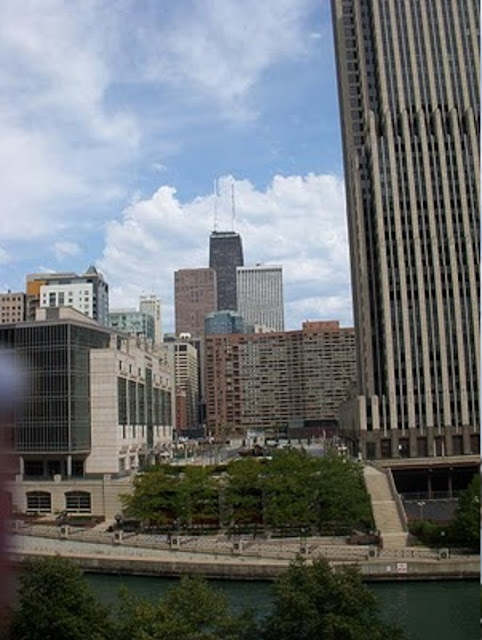 Wrigley Building. As in Wrigley Gum!! 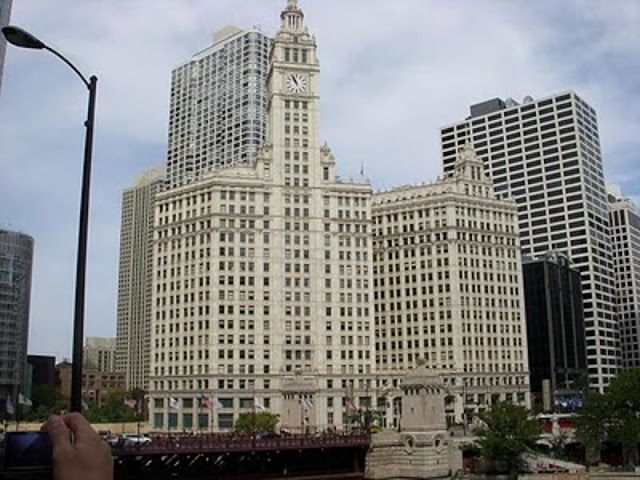 Ah, it’s Trump Towers. It is the second tallest building in the United States behind the Sears Tower (which within the last year has been changed to the Willis Tower) 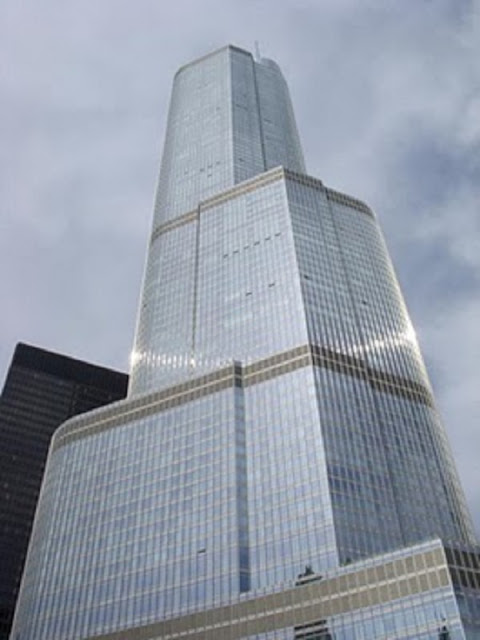 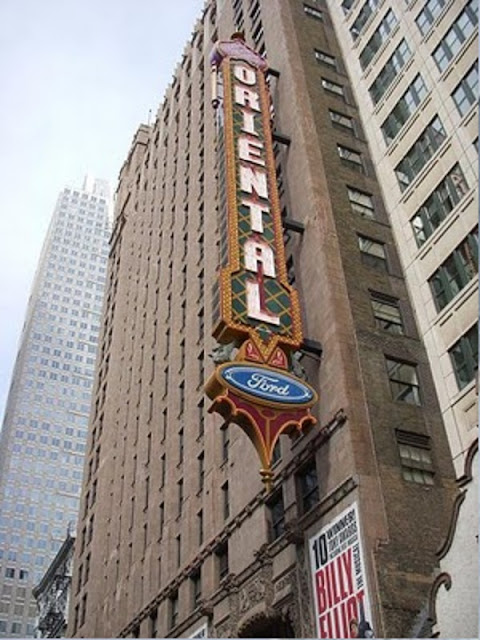 This building, I don’t remember exactly what it was called, but the steel in it looks rusted. It is a special type of steel that rusts on the outside to protect the inside. 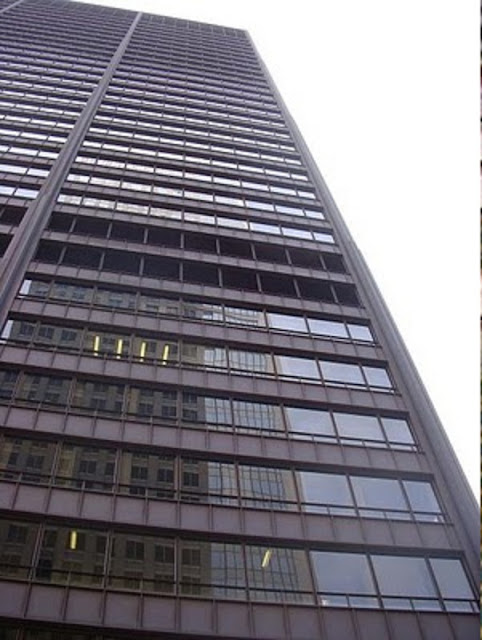 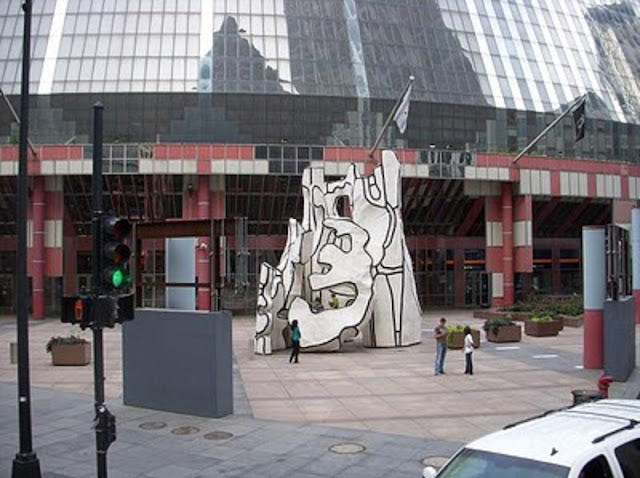 The Cadillac Palace is another theater in the theater district. This is the one we actually went to to watch Shrek the Musical. 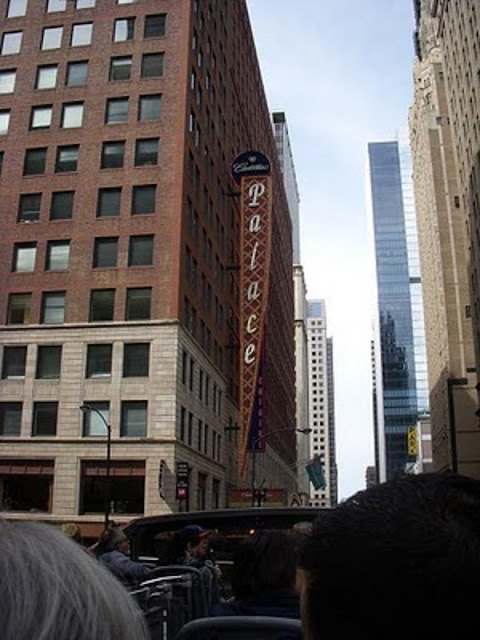 Couldn’t tell you what building I saw these on but they caught my eye. 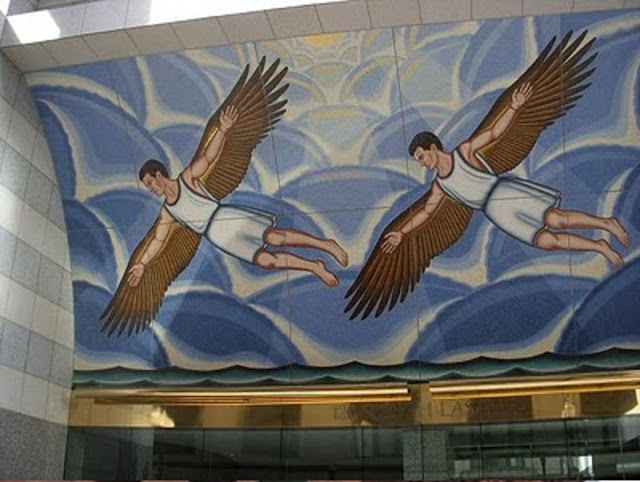 Chicago Board of Trade building (the one at the very end of the road :)) It is the world’s oldest futures and options exchange. 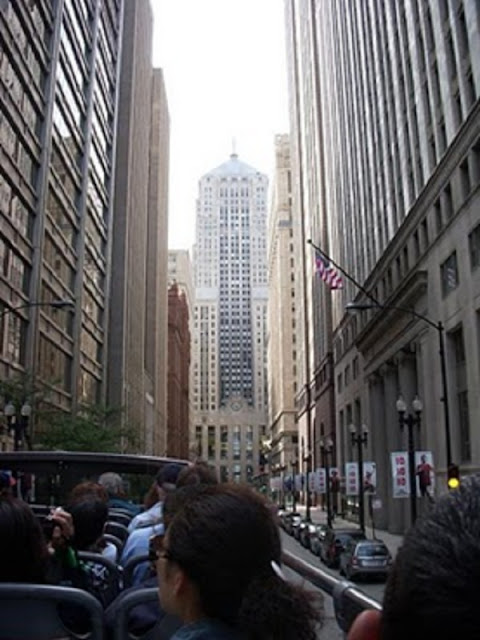 I just thought this was cool! 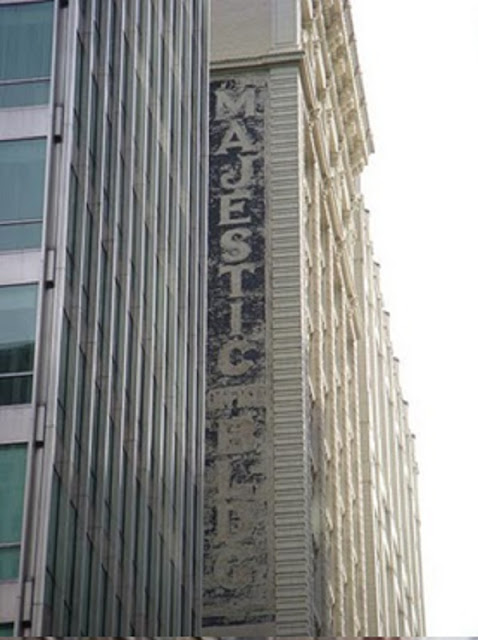 Here is the “L” going through an “L” station. hmmm 😉
It is always called the “L” even when it goes underground. 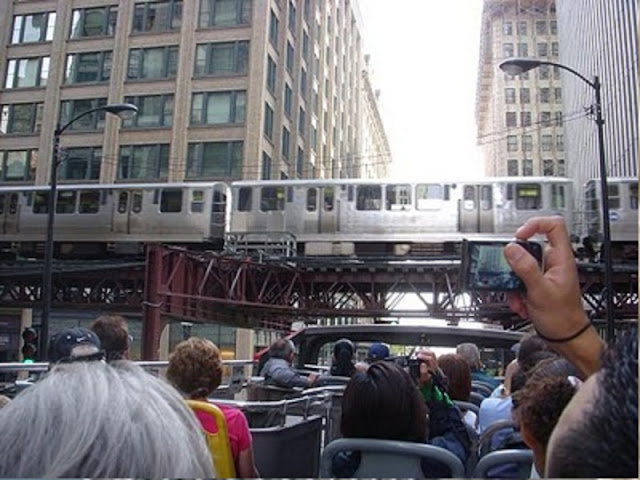 All the scaffolding caught my attn here. 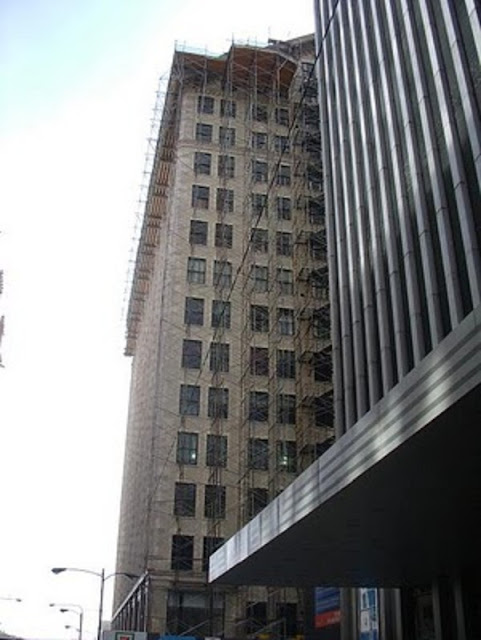 Here is the Orchestra Hall. 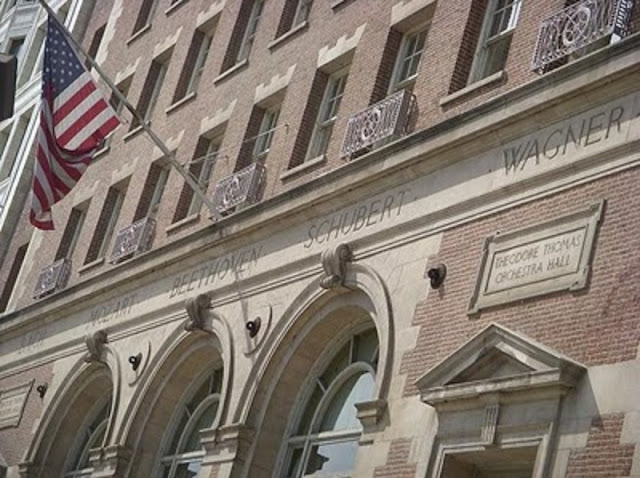 Those 2 Concrete Pillars are known as the gateway to Chicago. 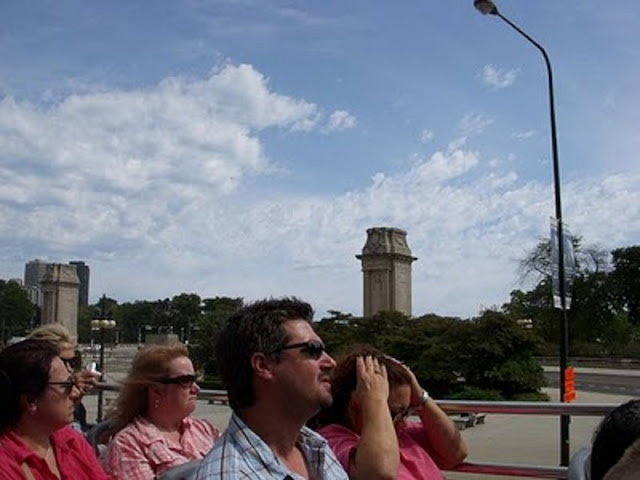 This was originally known as the Steven’s Hotel. John Paul Stevens (US Supreme Court Judge) family opened the hotel but lost it during the depression due to embezzlement. It was because of the corrupt family that caused John Paul Stevens to enter into a career of law to make the world right again. 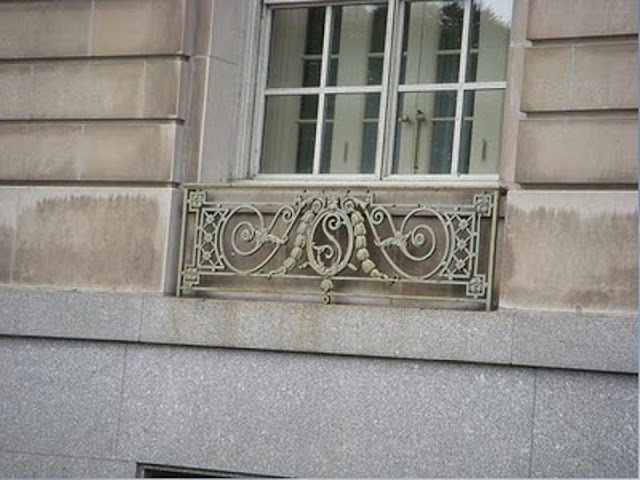 There are 106 9ft tall headless figurines here known as Agora. They are art that was donated by the Polish. Chicago has the largest Polish population in any given city. There is a city ordnance that says dogs are not allowed into this portion of the park because the figurines look like trees. 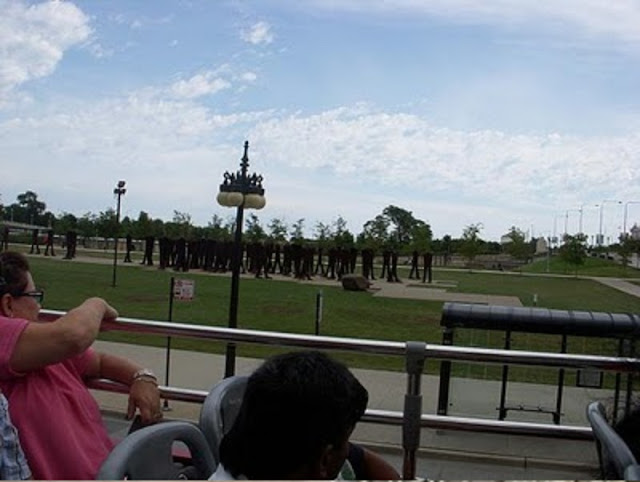