On a quick side note, my friend Jacin over at She Said Yes is on her honeymoon and I’m a guest blogger there today. Go check out her blog and of course while you’re there read what I wrote :). It’s about the Love List. It looks/sounds like she planned a beautiful wedding (Sept 25) and I can’t wait to see photos!

Ok here’s the rest of the Monday Photos from our honeymoon. So I found some photos I took on my phone also so again as usual, this blog is Jam Packed full of photos! What can I say, I love them!!! 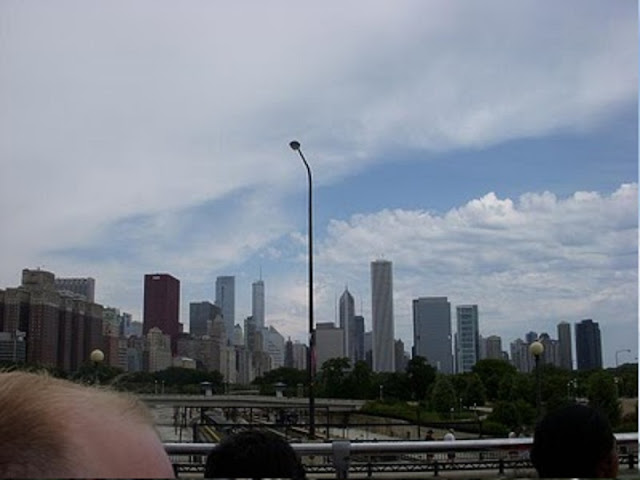 This was just a skyline shot. It’d have been great if that light pole hadn’t jumped in my way 🙂 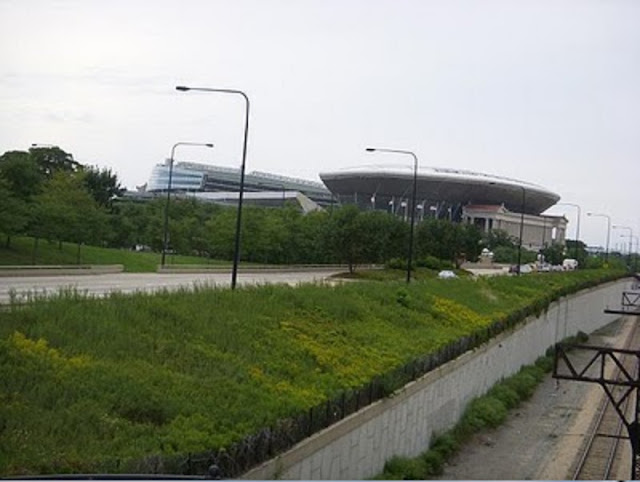 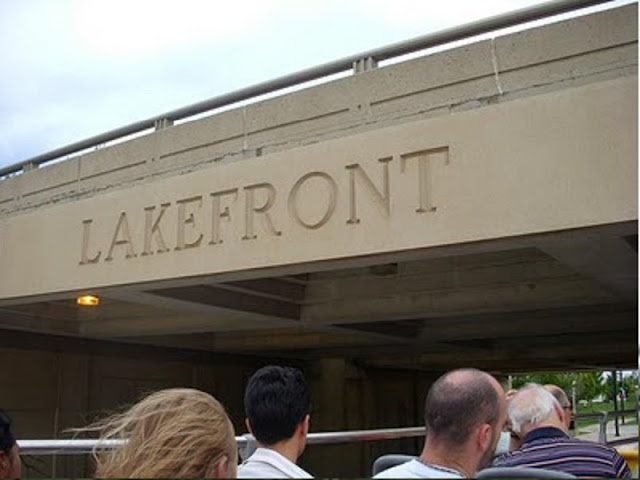 Lakefront Drive… can you guess where it runs by 😉 (hint: Lake Michigan) 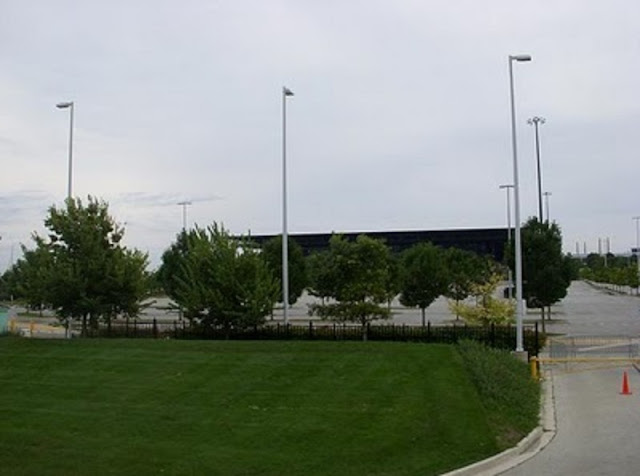 I don’t know what the name of this building is (look at the black thing just over the tree line). It is a convention center. The tour guide said it is as long as what the Willis Tower (aka Sears Tower) is tall. 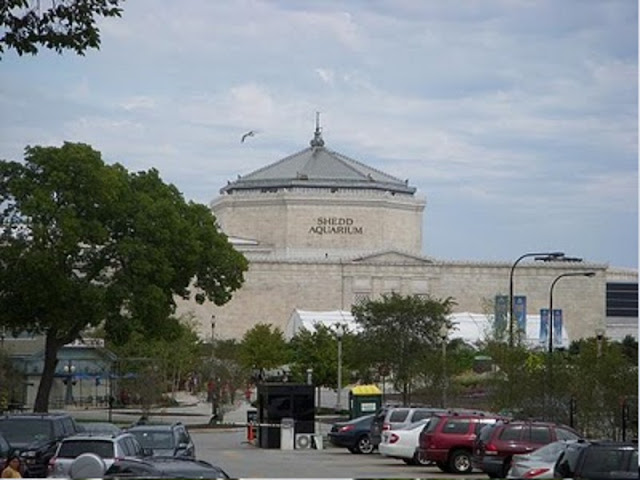 Shedd Aquarium. The tour guide said this was an excellent aquarium but we didn’t have time to visit :(. This just gives us a reason to go back!!! 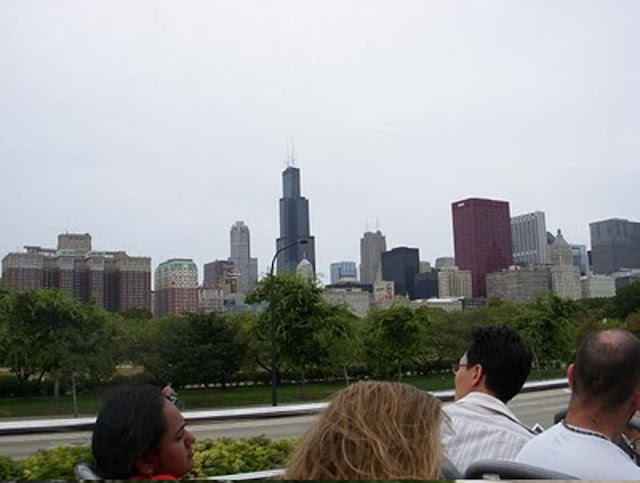 So about a year ago a company from London called Willis bought enough of the Sears Tower to get naming rights. They chose to re-name the famous Sears Tower to the Willis Tower. Everyone still refers to it as the Sears Tower and the tour guide said that Willis “Gained some popularity” with the name change. 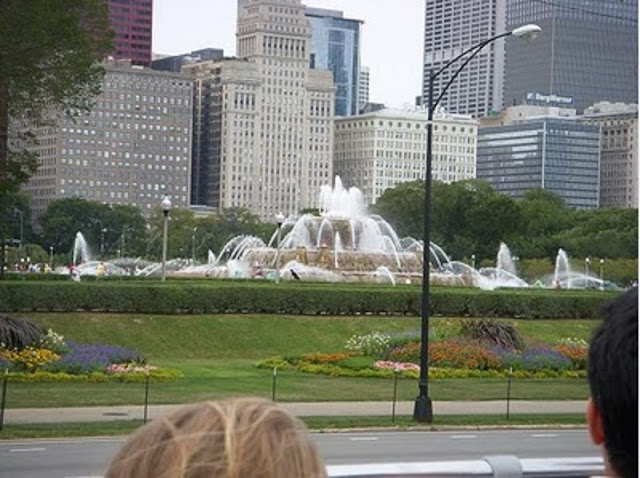 Buckingham Fountain is located in Grant Park. Again had it not been for the stupid light pole jumping in my way, that was a great shot of it 🙂 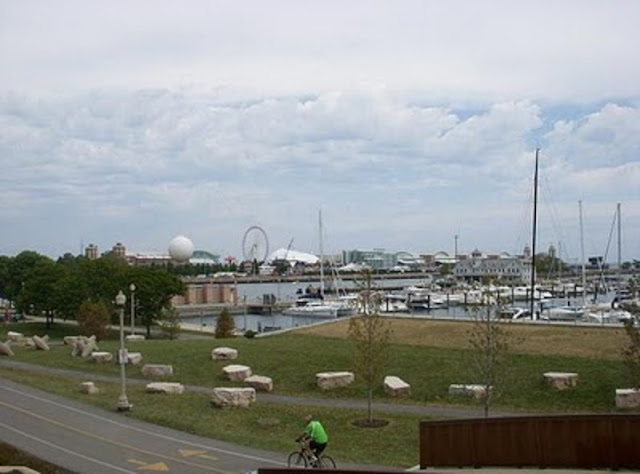 Here is a shot of Navy Pier in it’s entirety. The tour guide said this was one of the only shots available to see the entire thing. (Look for the Ferris Wheel, see it… ok you’re looking at Navy Pier) 🙂 It started out as Municipal Pier #2. There were plans to have 5. 1, 3, 4, & 5 were never built. 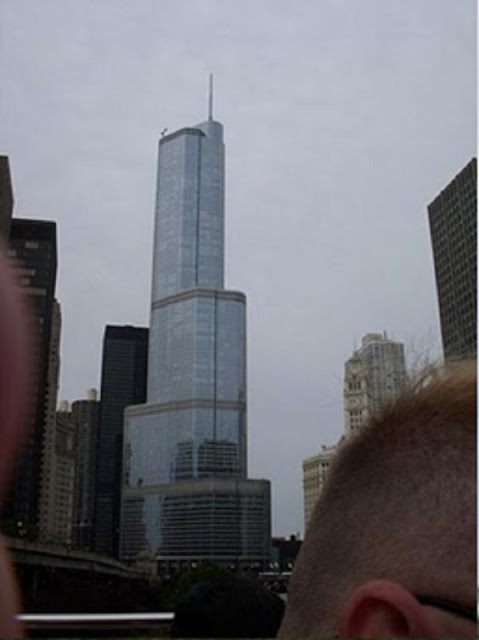 Here is a full shot of Trump Towers and the back of PC’s head. Woops 🙂 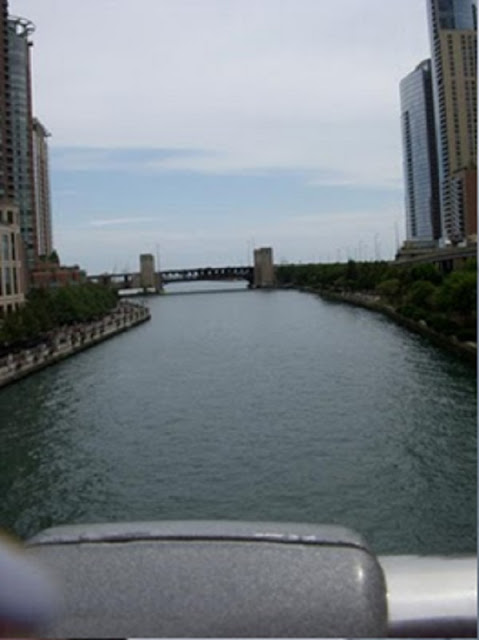 Here’s a view of the Chicago River on one of the bridges. Here’s a cool fact about the Chicago River, every year around St. Patrick’s Day they dye the river Green. (I’ve seen it, pretty cool). A motor boat weaves back and forth dumping green coloring into the river. 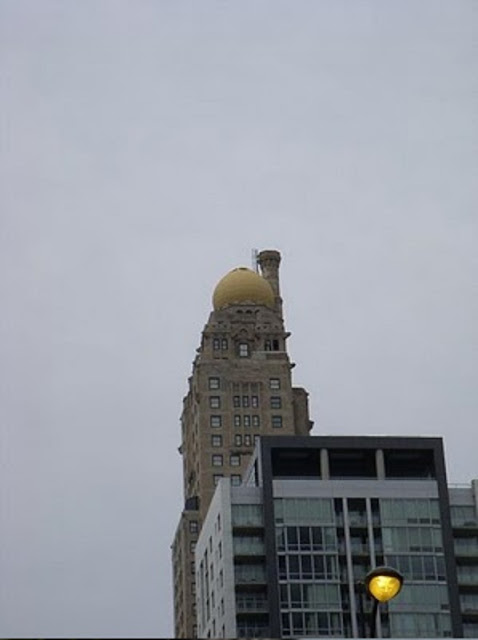 This building here has a blimp (Zeppelin) docking Station. You see the Yellow Ball on top? When they used to come into the city via blimp, that was where they docked and then there were spiral stair cases that took you all the way down to street level. 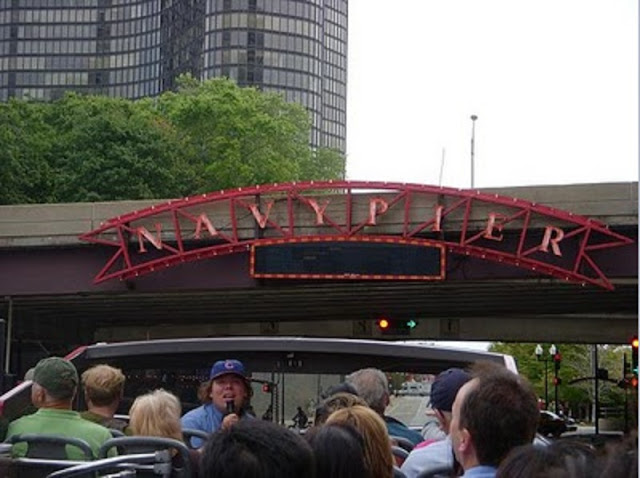 Here is the car/walking entrance to Navy Pier 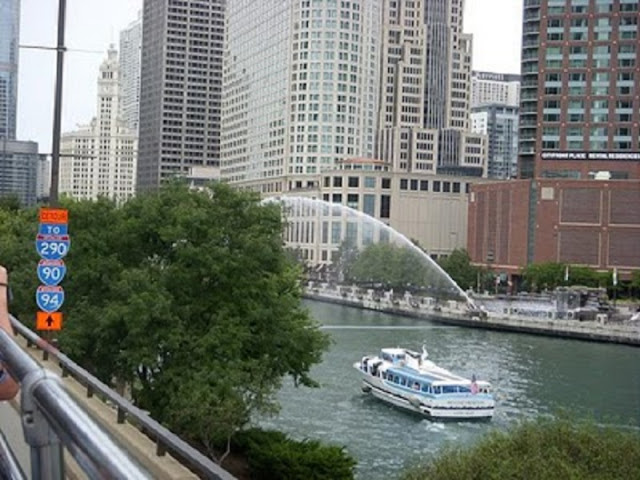 This is Centennial Fountain. It was given to Chicago in their Centennial year. It goes off every hour on the hour for 10 minutes. The boats plan their schedules around the fountain because it stops water traffic for 10 minutes. 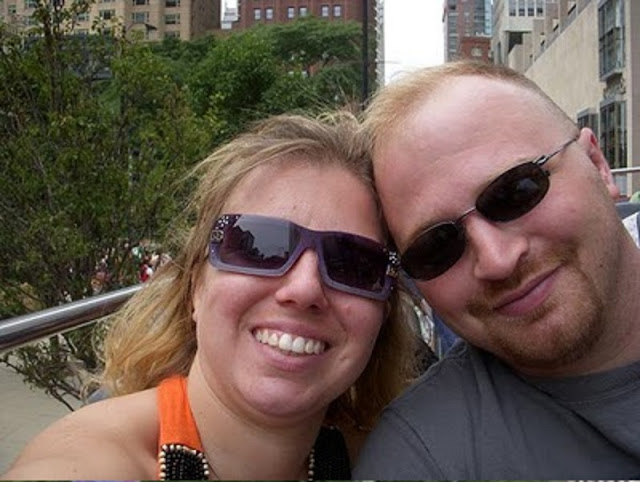 Haha, here we are again. We didn’t get lost I swear! And yesterday I saw someone ask, was it windy… you can’t really tell by this picture my hair is in my face, but one from yesterday’s post it blew my bangs right in my eyes when the camera took… Monday was extremely windy and the tour guide said the wind had actually picked up in the last few days. 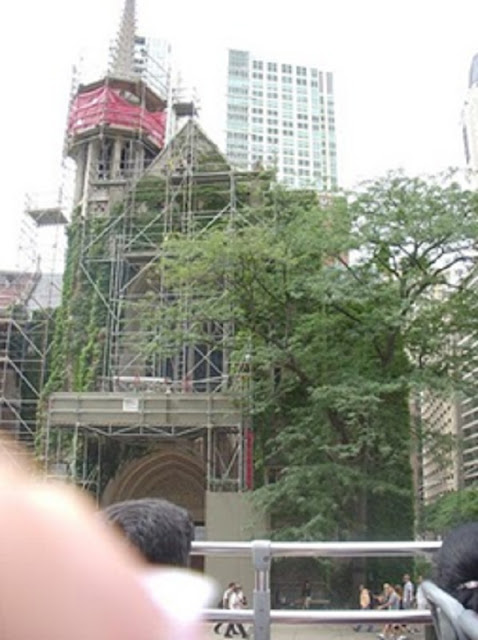 This would have been a pretty church had they not been remodeling it. It is actually the church that was used in the filming of My Best Friend’s Wedding. 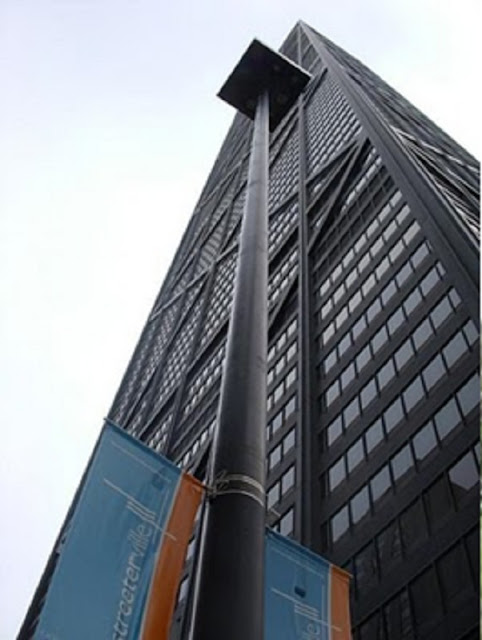 This was looking up at the Hancock Center. those Dang Street Lights!!! I swear 🙂 The criss crosses that you see going up are actually there for stability. The building is actually wider at the base than at the top. They say most sky scrapers sway 3-4 feet, the Hancock Center only sways about a foot either direction so they had to figure out a way to stabilize it for the Chicago Winds. 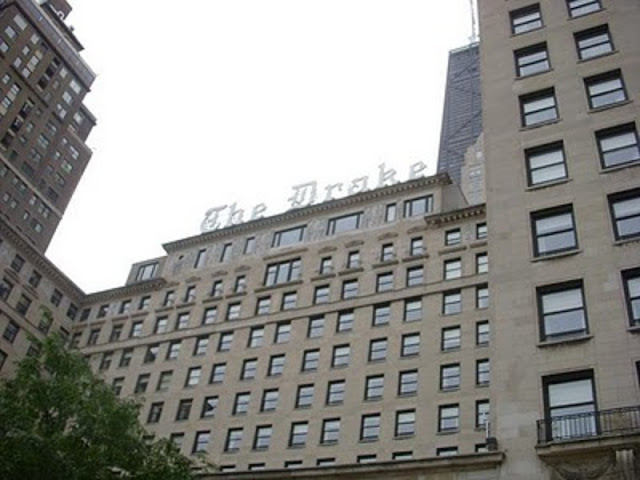 This was one of the hotels we had the choice of staying in. I personally took the photo because we have a place here at home called The Drake. 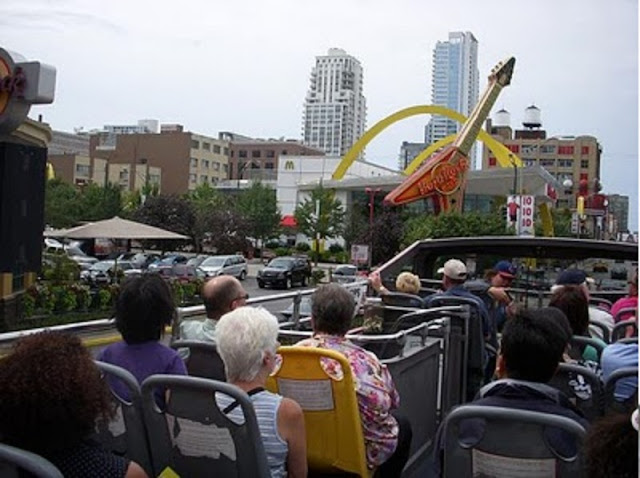 Hard Rock Cafe.
We actually wound up eating dinner there on Tuesday night. The arches in the background is the McDonald’s next door 🙂 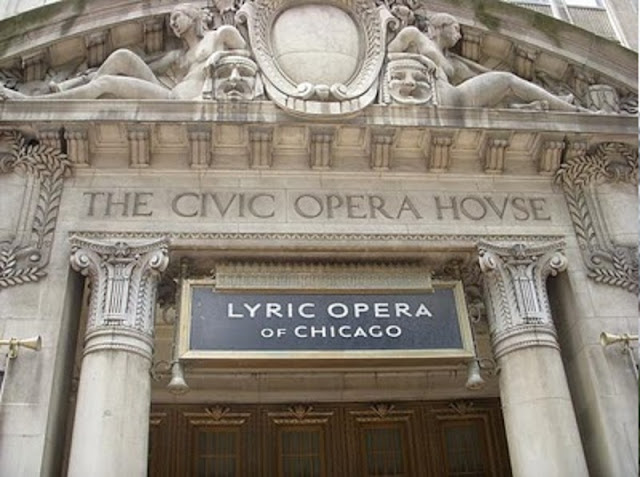 The Civic Opera House. If you notice in house it has a V instead of U. We noticed this with the PVBLIC Library as well. We aren’t sure what was up with that… 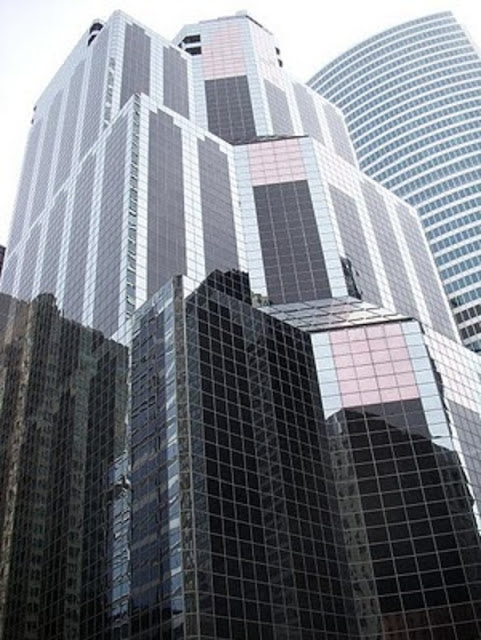 This building just fascinated us 🙂 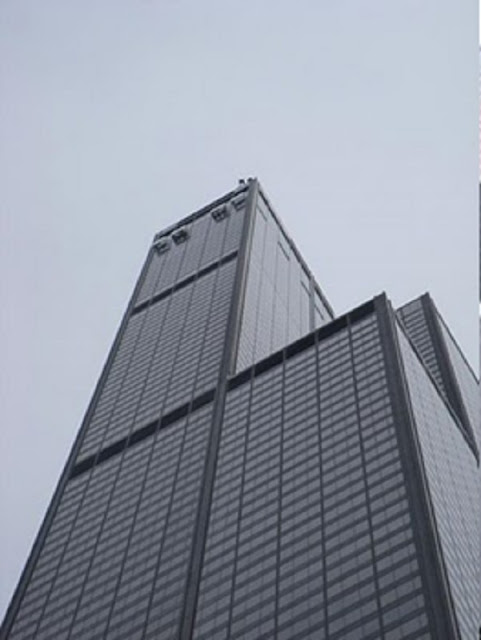 This is the famous Sears (Willis) Tower. Now you’ve seen emails about the deck around the 102nd floor (give or take a few floors, I can’t remember the actual floor number). I kind of always wondered if they were truly there… well wonder no more, I saw them with my own eyes! 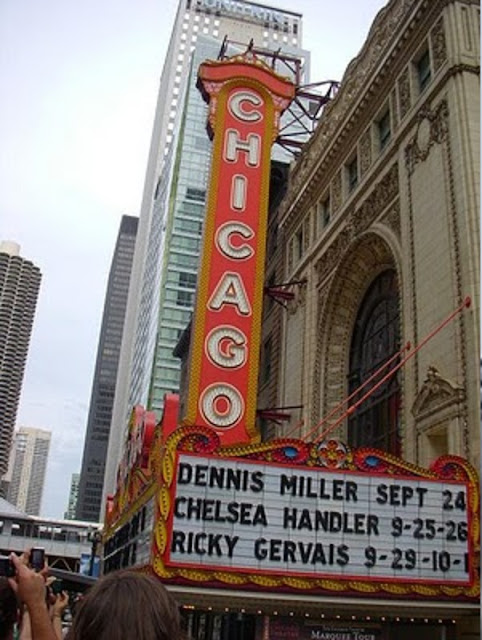 And here is the Chicago Theater. The famous place from all those pictures!

So we finally made the loop of all of our tour guided bus tour 🙂 When I came here with my mom and aunt in March of 2006 one of the guys my aunt works with said we HAD to eat at Gino’s East Pizza while in Chicago. He even says they have the best pizza around and has them shipped down to Southern Oklahoma. We found this “excellent” pizza place. It was pretty darn good pizza!!! Then one summer day a few years later I was sitting at home watching the Travel Channel (yes I needed a life) and saw the difference between New York style Pizza and Chicago style Pizza. New York style are large slices that can be folded in half and eaten more like a sandwich on the run. Chicago style was created by a guy who wanted to eat pizza with a knife/fork, that’s why it’s deep dish! Ok sorry maybe TMI but now you know :)So one of the things that I wanted to show PC while we were here was true Chicago Style Pizza. Gino’s East was the place they raved about on the Travel Channel (Rays was raved about in NYC, my NY followers, do you agree?? and I have eaten at both!! :)) So we set out to find Gino’s East. I was going to google it on my phone to make sure there weren’t more than one but PC said oh let’s just put it into the google maps app on my iPhone and see where it takes us. Boy did it take us out of our way, 4 miles to be exact. It took us to the Original Gino’s East Pizza in Lincoln Park. (the kicker of it all, the one I had eaten at previously that I really wanted to take him to, was less than 6 blocks from where we were standing :))

We got to go on a lovely walk around the city, seeing the residential side I had never seen before. It was a great walk, we even got to walk in the rain in Chicago 🙂 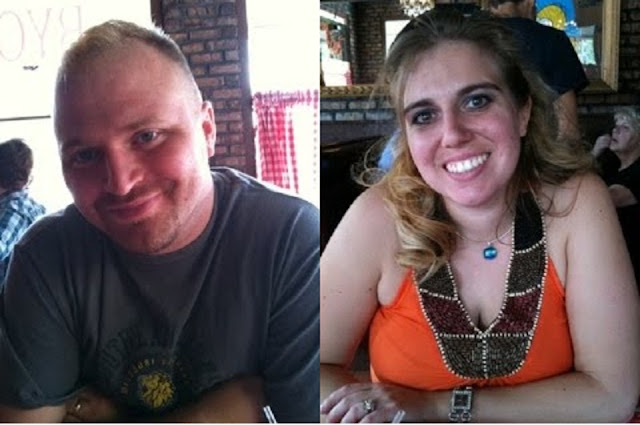 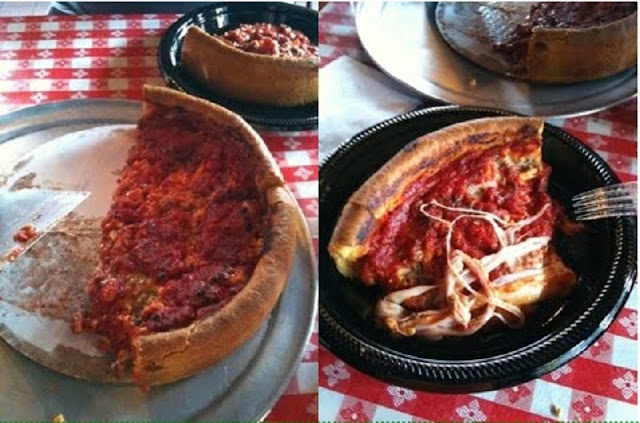 While we were walking over there we realized there was an L going over us at one point and figured we had to be really close to an L Station. Sure enough, we were. 4 blocks. One of the guys at the pizza place told us how to get to the L station and we rode the train all the way back to our hotel front door!Once we were back at the hotel we weren’t really sure what to do. We were full, we were tired and it was only like 4:30. So we took showers and cleaned up and watched a little tv until we decided we were bored with that and decided to go out for the evening, we just weren’t sure where we were headed. What did we do? We wound up going to eat dinner. Yes we were full and had only eaten just a couple hours before that but what else was there to do… haha.

We decided to go to The Melting Pot. It was expensive but boy was it excellent! And our waiter was the coolest. He found out we were on our honeymoon and brought us Wine on the house. Usually they do Champagne but they were out and we don’t much care for champagne. But he brought us Moscato di Asti wine. It is a lovely dessert wine. When he brought it he told us what it was and we told him that was our absolute favorite. Later he wound up bringing us a second glass telling us that we needed it on our honeymoon 🙂 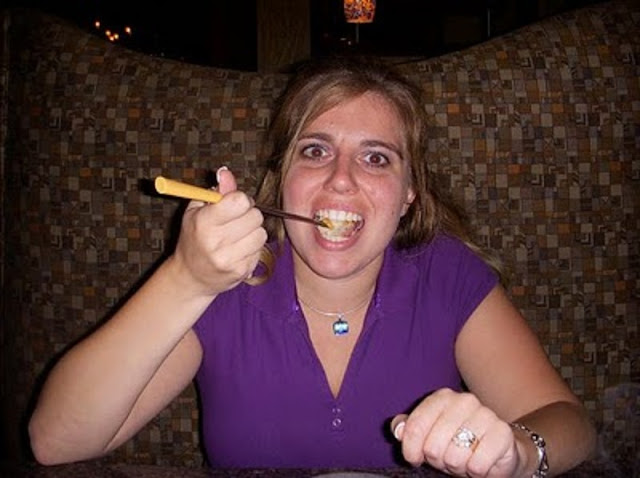 Here was the appetizer Cheese. We got the Fiesta Blend. It comes with unlimited bread, carrots, celery, apples, and tortilla chips. 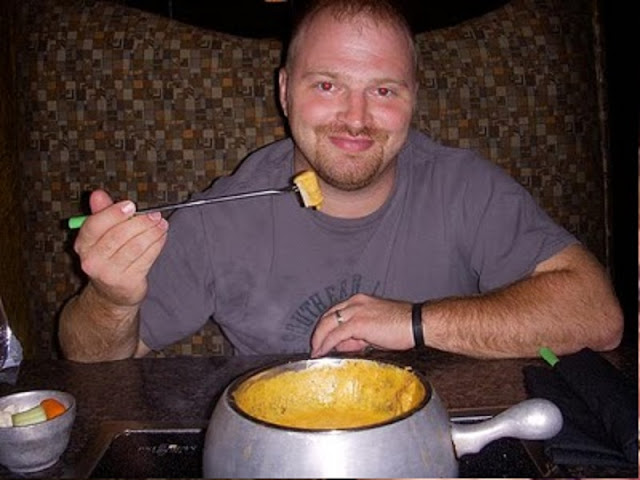 It was so yummy! And we were so full… LOL 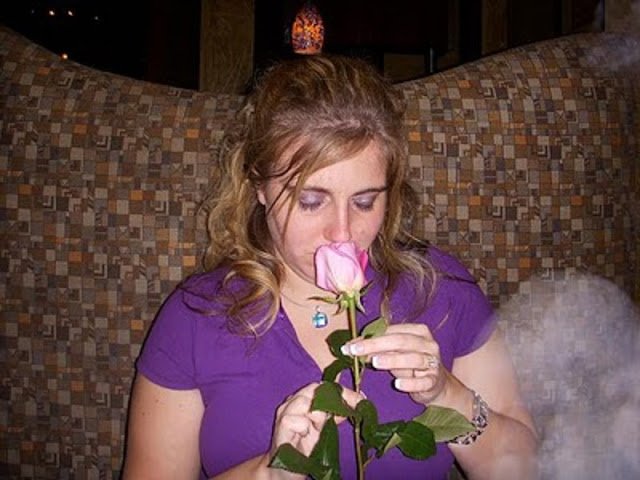 When the waiter brought the wine, he also brought us a rose. The wine glasses also had those light up bracelets on the stems. 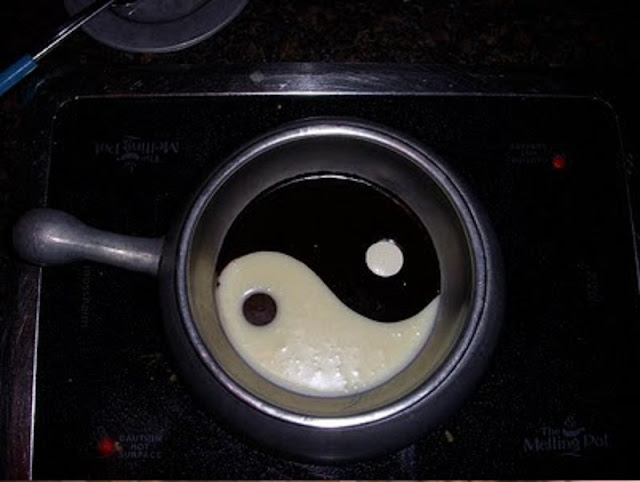 We had our dinner and then it was time for dessert. We chose the Ying Yang. Our waiter told us this was the best ying yang he’d ever done. It was white & dark chocolate. 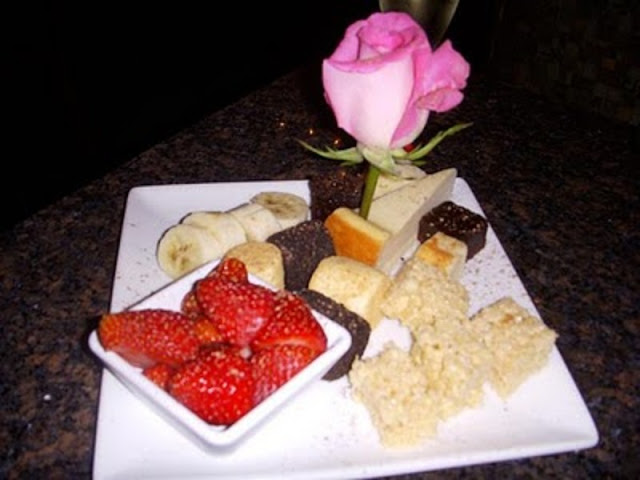 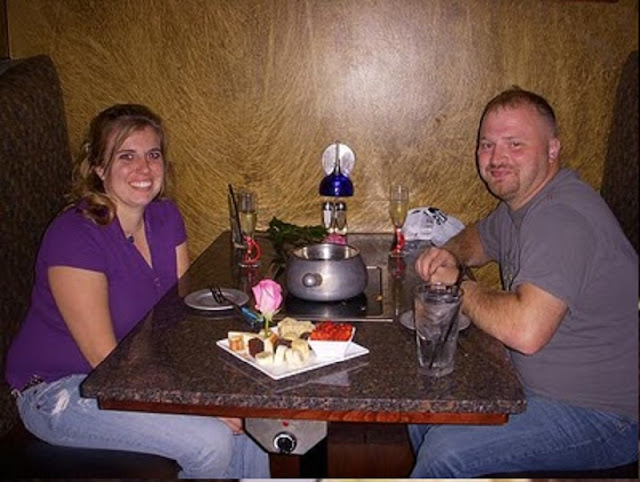 I swear we walked away from this meal 50 lbs heavier! LOL
It was EXCELLENT!!! It might be a little pricey but definitely worth it once in a while on special occasions such as this 🙂

We even woke up Tuesday morning so full from Monday that we didn’t eat until lunch, but that’s another story for another day because well, this was a really long post. Sorry!
Peace, Love, & the love of food!