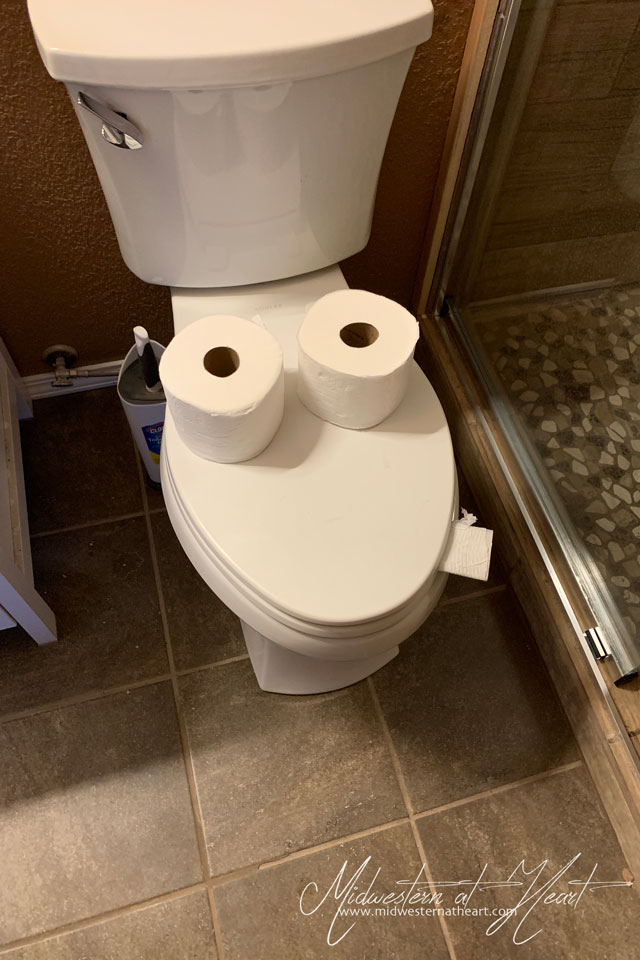 And just like that, it’s the middle of June. I have now slept in my house, overnight, 2 times. WHAT?!?! When did that happen? Well, I’m glad you asked. It happened Friday and Saturday night. Now, here we are Sunday night and I’m sitting in bed at my house. I was in the shower a few minutes ago reminiscing the last couple of months. Wow, it has been a whirlwind.

The furniture consisted of (but not limited to) 3 desks, 3 beds, 6 chairs, 1 bench, 1 coat rack, 1 coat bench, 1 storage bench, 2 bookshelves, 1 vacuum cleaner, and whatever else I’m forgetting.

We have slept in our house, put pictures on the wall, restained a floor, put down new flooring, replaced tiles, found new tiles to replace, washed umpteen million loads of dishes, washed 548,912 loads of laundry, most of which happened this previous weekend.

We have watched movies, gone to the theater to watch Aladin, yelled at my husband for snoring, which I’m about to do now… I have painted trim, painted walls, touched up walls, touched up touched up spots, and so on you get that point. I have yelled, screamed, cried, cried for yelling, cried for screaming, cried for crying, ugh! I have tried to break my toe, stubbed my toes, bruises galore, I’m almost purple which happens to be my favorite color. I have actually even been to the gym and found muscles I hadn’t used in a while. THEN when that happened, I helped move furniture and found even more muscles that my body forgot existed.

We have celebrated Easter, Cinco de Mayo, Mother’s Day, Memorial Day, Flag Day, and now Father’s Day. And most days I’m not sure if I’m coming or going. I hear that big monster from Buggs Bunny saying, “Which way did he go, George, Which Way did he go,” playing on repeat in my head. We have mowed hay, raked hay (with a truck, don’t ask but the other tractor is kinda ded-Dead), baled hay, watched hay get rained on, waited for hay to dry again, and baled more hay. We almost got a tractor stuck while mowing hay. I almost got the tractor stuck while baling. I had the twine get hooked on a pickup wheel and not around a bale so it wasn’t even tied off. It just is sitting in a perfectly round bale in the field with no twine. By the way, that’s not ideal.

And that is how my last couple months have flown by and I don’t even realize how it happened. AND to top it all off, most of the holidays I have celebrated since November, I really haven’t felt present for. Christmas, we worked up until Christmas Eve, took off Christmas Eve and Christmas Day from working on the house, then the next day we were back to working on the house. I had to throw a fit to get the tree put up. Then I had to take 3 trees down by myself.

Easter, well that’s a whole nother story. We actually forgot about Easter until the week of and that’s only really because we went to Palm Sunday at Church. Then my Mother-in-law reminded me the next day or something that it was Easter the following Sunday and asked if we were doing anything. Uh… sure, I’m totally on that!! We actually wound up dying eggs on Easter Sunday. Better late than never, right? For Easter, we had ham, my cooked carrots, hashbrown casserole, and my bacon wrapped green beans. I. WANTED. EASY. I didn’t care.

Cinco de Mayo I relied on Natasha of Natasha’s Kitchen for Fish Tacos. I think I’m losing my mind. I actually ate Fish Tacos. While I can’t say they were my favorite, they were okay. We also had guacamole.

Mother’s Day we really cheated and made store bought hamburgers, red potato salad (again from the store), and chips and dip. For dessert, I actually made Strawberry Shortcake, from scratch. Oh gosh was it yummy. I might have pictures and if I do, then I can share that recipe. If not, I guess I’ll have to make it again.

Usually Memorial Day we go to the lake, but not this year. Instead, we went to Kansas City looking for furniture, oh and to the SeaLife Aquarium up there. Deb’s birthday falls around this time of year, so before we left I made her a Coconut cream pie. Oh yum. You need that recipe too. I, however, don’t have pictures so I guess I’ll have to make it again… darn.

So now you’re caught up on my life, how have you been?