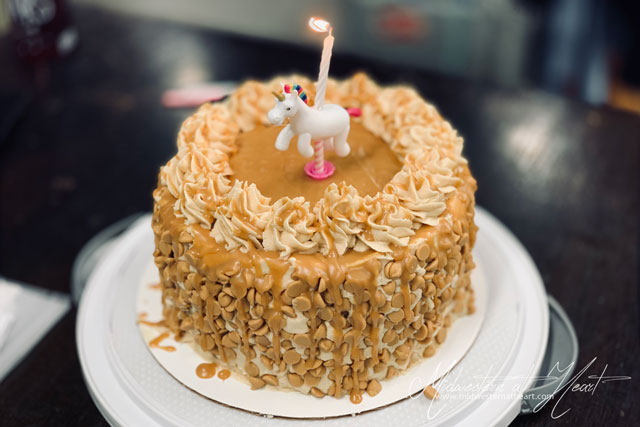 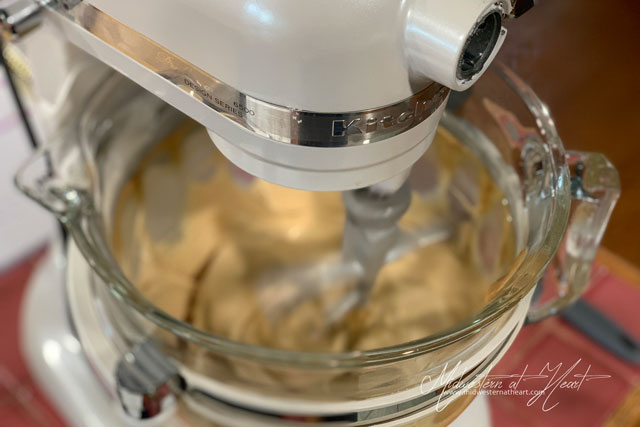 I have mentioned before in cake posts that I’m getting better at making flat cakes. This peanut butter cake was no different. It did have a slight dome. It wasn’t really bad enough that warranted actually cutting it off, however… I wanted to know if the cake was any good so I cut the dome off. Hubby, Abug, and I were pleasantly surprised. 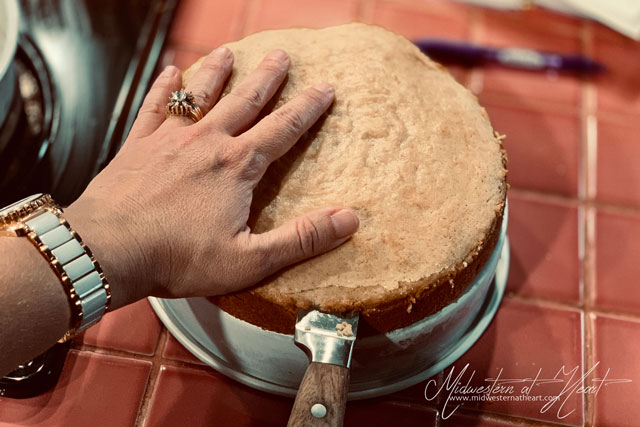 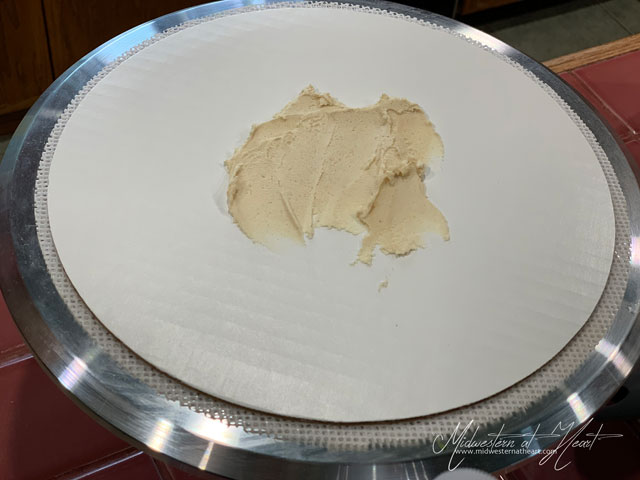 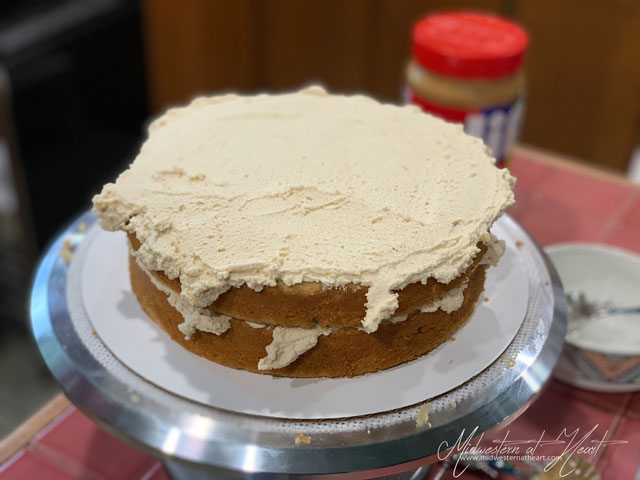 I followed the recipe to a T and kind of wished I hadn’t… Let me explain. The icing was where I had the problem. The icing was extremely, extremely thick. Holy cow. It called for 9 cups of powdered sugar. I think I would cut it back to 8 cups of powdered sugar. It won’t make it nearly as stiff. You don’t want it that stiff or else it doesn’t spread. I added a couple tablespoons of water to thin it out and just couldn’t get the consistency I wanted. It was a little frustrating, but by the time I was icing the cake, I was starting to run low on time. 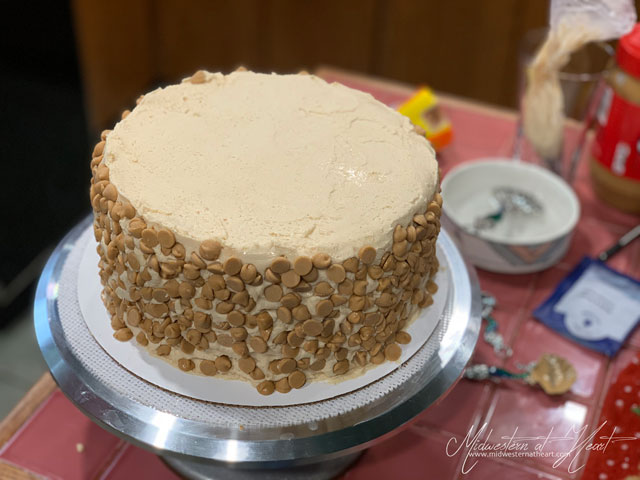 It’s fun to name ganache. I can’t lie. Who knew? 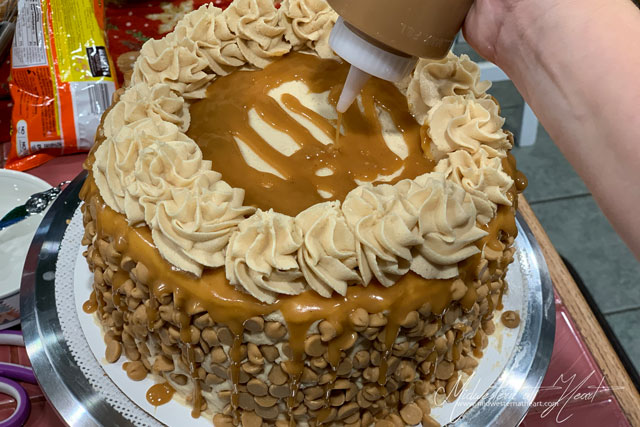 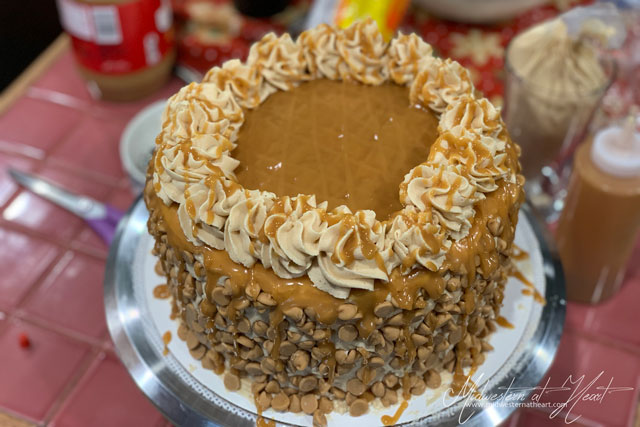 The cool thing about covering this entire cake in ganache and peanut butter chips is that you don’t have to worry if the icing is totally smooth. 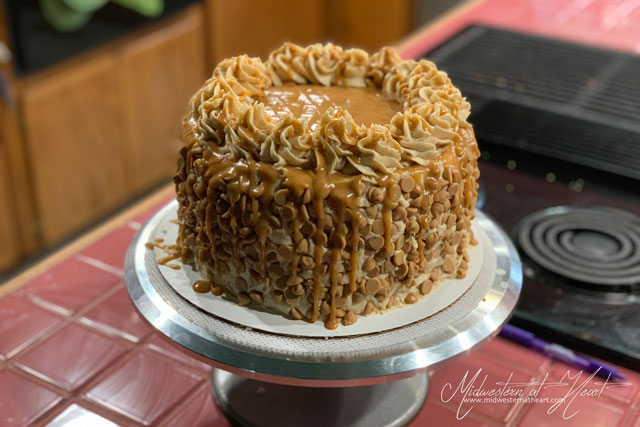 I think we surprised Grady :). And at first he wasn’t going try a piece but when he heard of all the peanut butter, he couldn’t stop. Now everyone laughs at the fact that I put a Unicorn candle on top… I couldn’t help it. That was the only candle I could find. So it was perfect, right? 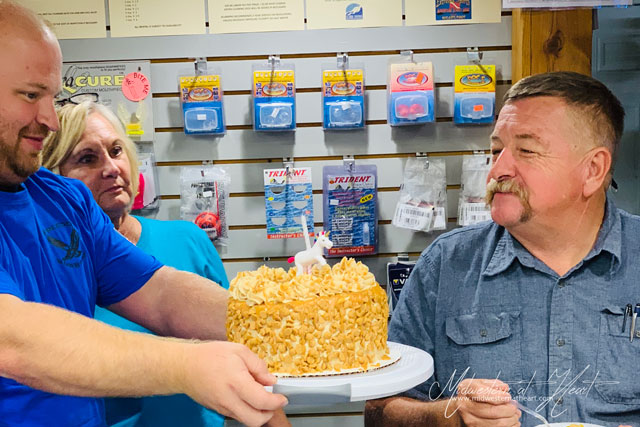 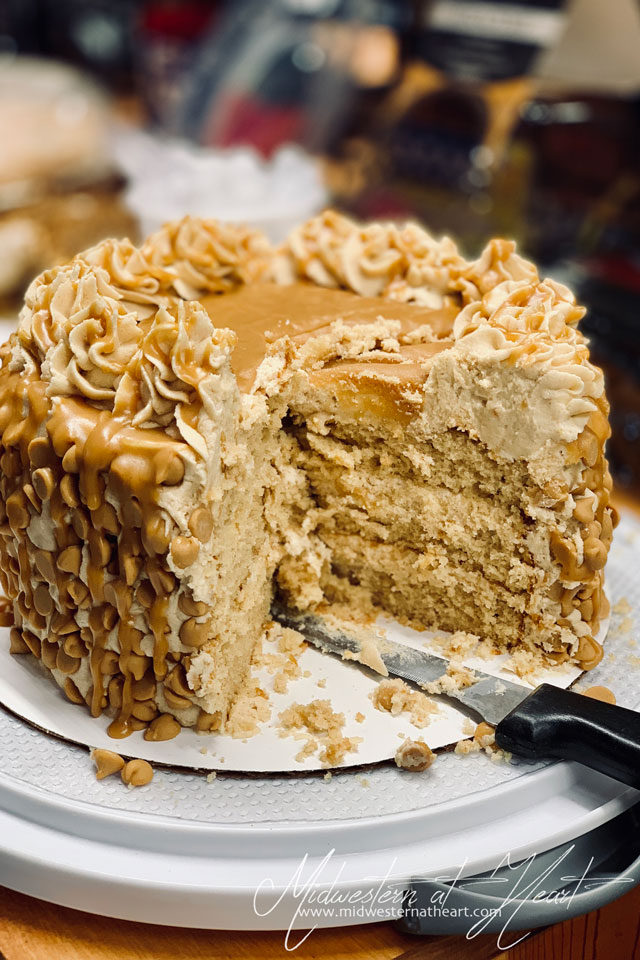