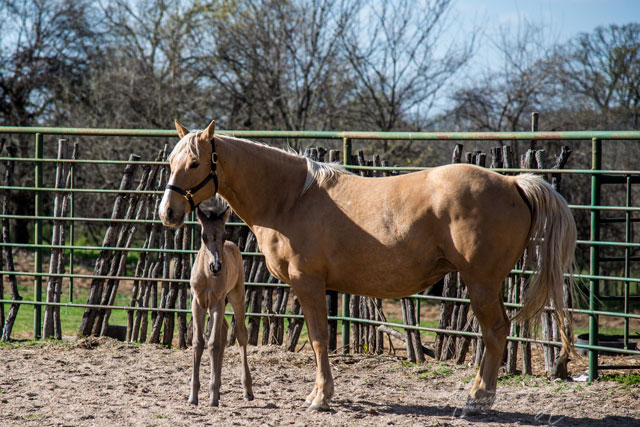 Up to this point, none of the colts had really been messed with. It was only less than 5 minutes and he was loving on me and nuzzling me for attention. I decided to go to the barn and get a halter and see if I could get it on him. Now, remember, at this point, I hadn’t had a halter on any of them. The only messing with they really had was when we did chores and fed them. By this time it was early fall, just for a frame of reference in timing.

While I was in the barn, I grabbed a bucket of feed too. I’m not opposed to bribing to get a halter on if that’s what it takes :). 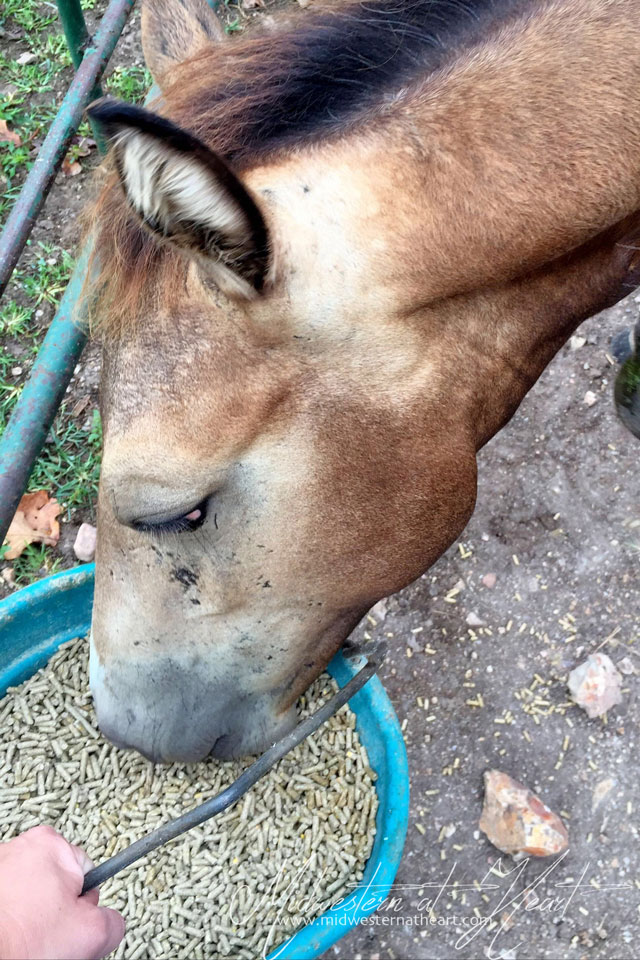 It really didn’t even take the feed. I seriously had that halter on him in less than about 5 minutes. This is the most laid-back, relaxed horse, I swear. 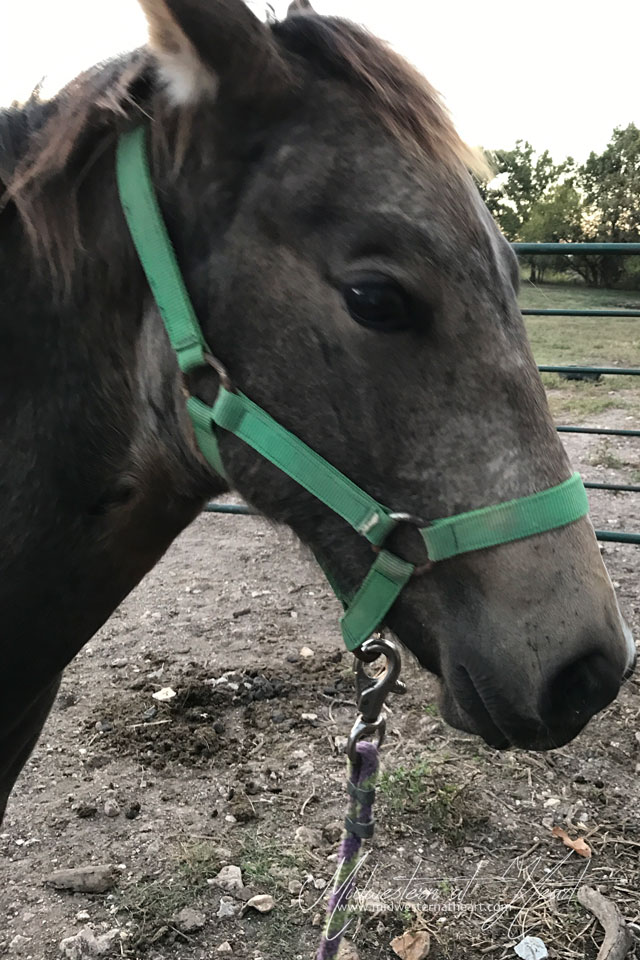 I decided once I had the halter on him, now it was time to try and “teach him to lead.” Guys… that’s a little more difficult when you think he weighs twice if not three times what I do. So… you put the lead rope on them. You hold pressure. Once they give into that pressure and move closer to you, you release the pressure. It’s a lot of tedious work like that, but the thing is… it works. By the end of the evening, I had him leading.

I always swear that when you put a halter on one of these colts, they look like a cute little kid who is wearing glasses for the first time. Okay, that’s a weird comparison I know, but basically, just saying, they are really cute! 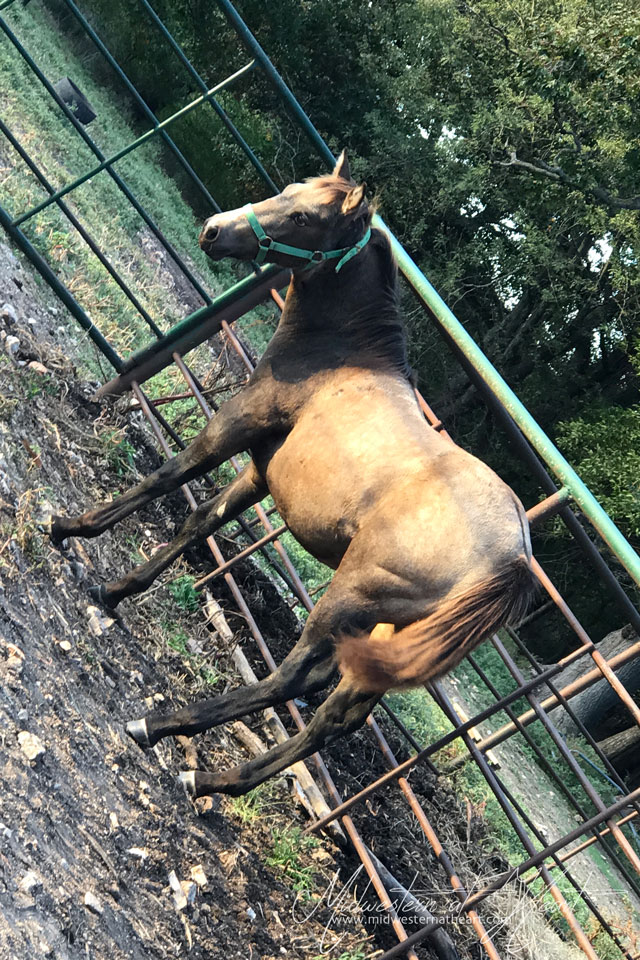