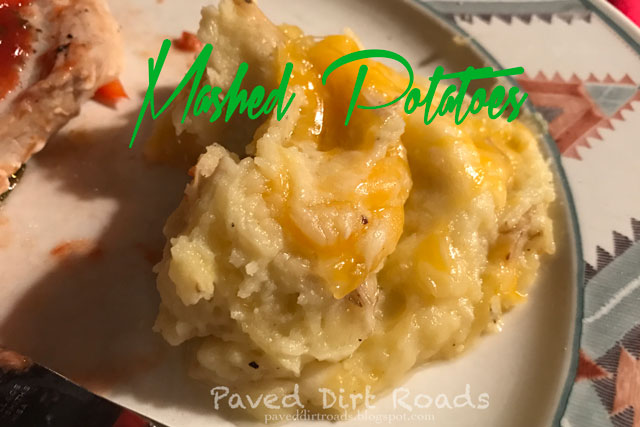 I’m really not sure I should comment that when it comes to the easy stuff, I don’t always know how to make it. I know I’ve confessed this before… but that’s just how it is. If someone was making when I was younger, they didn’t teach me how. It happens sometimes. So what is my newest easy food to make addition? Mashed Potatoes. Sad but true.

Then one day last year I was with friends and took it upon myself to learn how to make mashed potatoes. Are they hard? Heck no. But I still didn’t know how to make them. I think my friend Jared about chocked when I mentioned this in passing. That’s okay, I have it figured out now!

First things first, cut up the potatoes to roughly the same size, that way they cook roughly the same amount of time. My favorite potatoes for mashed potatoes are Yukon Gold (the little yellow ones) although any potato really works. One night we had purple potatoes, therefore purple mashed potatoes. It was Jared’s fault. It was at his house and that’s my story and I’m sticking to it. I never figured out why, but you’re supposed to start potatoes off in cold water to cook them. Bring them to a boil and when you stick a fork (or a p-hork as I call it sometimes. Hey if you call a phone like fone, why not a fork a p-hork? I should also mention I pronounce phone p-hon-ay…. don’t ask, it’s best not to) in them and they fall off, they’re done.

With the Yukon Gold potatoes I leave the skins on. With Russet potatoes I might peel most of the potatoes that we boil, but I still leave the skin on a couple depending on how many potatoes I use. I just like the taste/flavor/texture it adds. 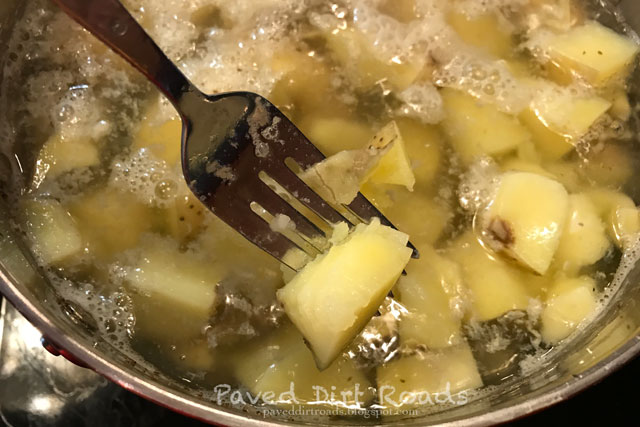 I have a hand potato masher, but Mark prefers to use the mixer. We learned in the artisian Kitchen Aid I used to have that you use the paddle attachment, but in our professional mixer, use the dough hook. Although he got a glass bowl for Christmas and it looks like he’s using the paddle attachment in the glass bowl, so I’d say, use what works best! Although I’d steer clear of the whisk.

Now this is where you add in your butter, garlic, salt, pepper, really any seasoning you choose, including cheese. Have fun with it! 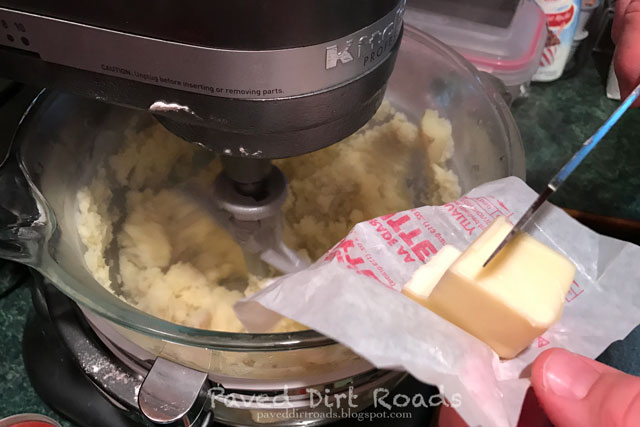 This was his attempt at “roasted” garlic even though it was done on aluminum foil on the grill top. I don’t know but I can tell you it was good so that’s all that matters! 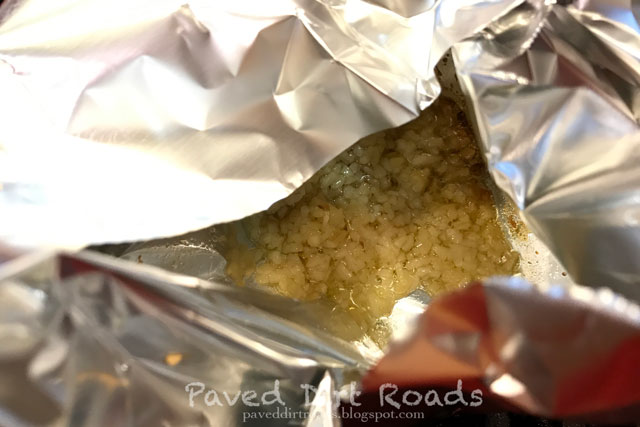 So, you can stop there… or do what he did last night…. Place half the potatoes in a pan, top with cheese, another layer of potatoes and a few pats of butter. He placed it in the oven at 350˚F for roughly 35 minutes because that’s how long our pork chops were in the oven.  5 minutes until it was “finished’ he pulled them out, topped with more cheese and put them back in to allow the cheese to get melty (technical term). 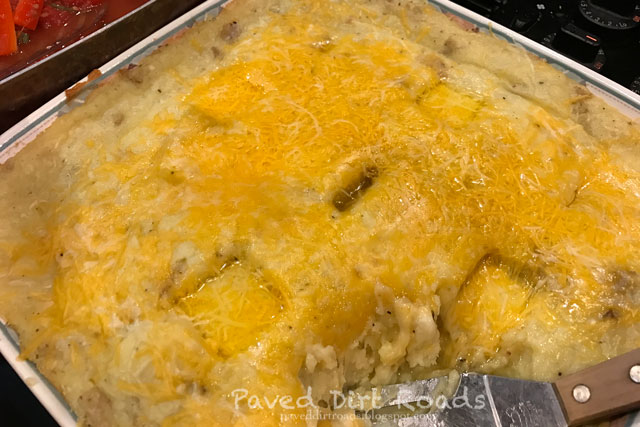 Dish them up and eat! 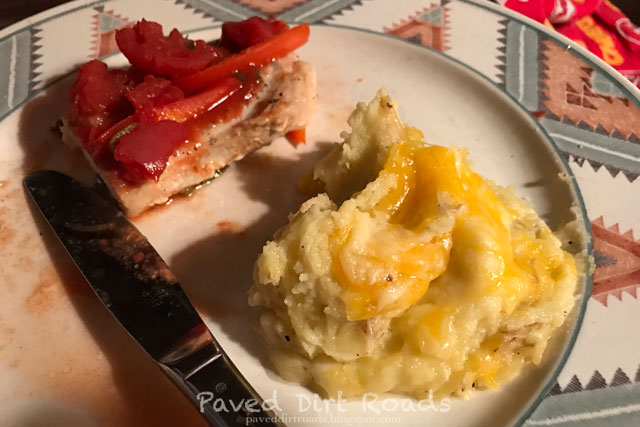