Last week was the Lamar Fair. I pretty much grew up there during high school and college. In fact, from the time I was 15, I think I only missed 1 until I was too old to show there. That’s not to bad I don’t think. And I have lots of good memories from there… like the time that I got into a water fight. I’ll have you know I didn’t start it.

Okay, so the water fights at the Lamar fair… At the end of every livestock portion of the fair, there was typically a water fight. The officials tried to stop it, but it never happened, so then they banned it from being under the tents (yup we were under tents at the time, now they’re under a pavilion). So as long as the water fight stayed outside the tents, it was fair game. 2 friends and I had left to go get lunch. When we got back, Chelsea and I made a deal that if one of us got wet, the other would join in on the fight.

I took off running like mad because we both had kids hot on our tail, I dove into someone’s sheep pens head first while she got soaked. So I walked out the front of the tent and said hit me, which caused me to get hit with 4 different buckets of water from all directions. But then, the hunt was on. What do I mean? Oh Chelsea and I were out to get all our fellow sheep participants involved in the water fight. By the end of the water fight, I’m pretty sure that most all sheep participants we showed with were soaked, including our official leader. He was a parent, but we didn’t take mercy.

Those are the kind of stories I want my kids to have. Fun ones. Even though it sucked being soaked in jeans and boots, it was a lot of fun and something I wouldn’t trade. Luckily for me, I brought dry clothes to go home in. Poor Lexie, a fellow competitor we got soaked, she did not, so she had to ride home pants less or so her mom told us.

Abug is too little to show yet, but when I heard the Lamar Fair was going on, I asked the hubs if we could go up one night. The one thing about the Lamar fair is that they have rides as well as the animal portion of the fair. We always start out in the livestock barns because, well, that’s where I grew up. It’s always funny to me to see the kids who were her age when I was showing, now being at that showing age. It’s CRAZY!

Case in point… This kid right here was like 2-4 years old the last year I could show. Now he’s 17 year’s old I think someone told me earlier this summer. 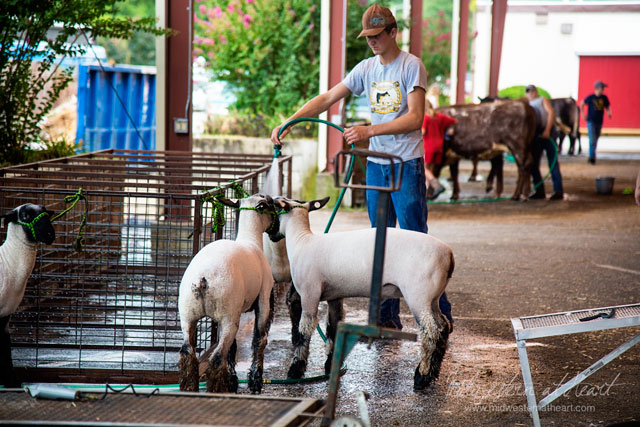 After yacking with my friend Casey and his dad Randy for a while down in the sheep barns, and Casey and hubby ganging up on me more than once (by the way, I have multiple stories on Casey… we’ve been friends way to long), we decided to head up to the carnival portion of the fair. 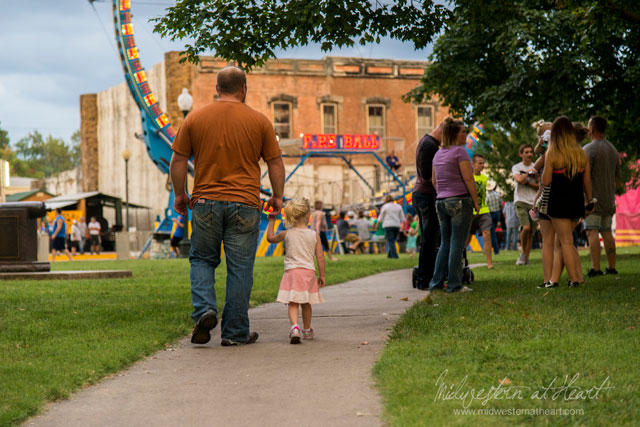 Some of our friends were up on the square with the search and rescue team trying to promote it so we stopped and chatted with them a bit before taking Abug over to ride rides. They gave her suckers and got her all hyped up on sugar. Good times! Abug has never ridden carnival rides before so we went to see what we could let her ride. You had to be 42′ to ride most of the rides and she isn’t quite tall enough, so we bought some tickets and she rode the carousel…. multiple times. You only had to be 32′ to ride it. She had a blast… plus it’s like a horse, right? and she loves to ride horses… so she rode! and rode and rode and rode. 6 times to be exact. 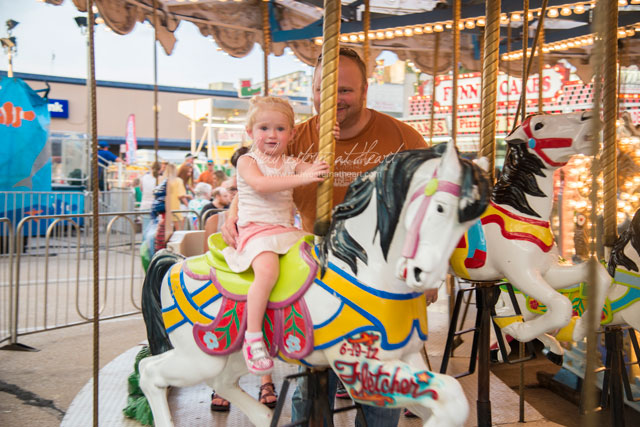 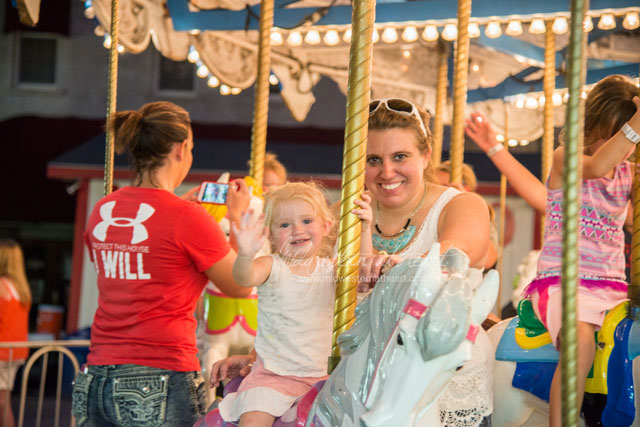 Poor hubby knew that when I said I wanted to go to the fair and I brought my camera… some pictures were in order as well…. 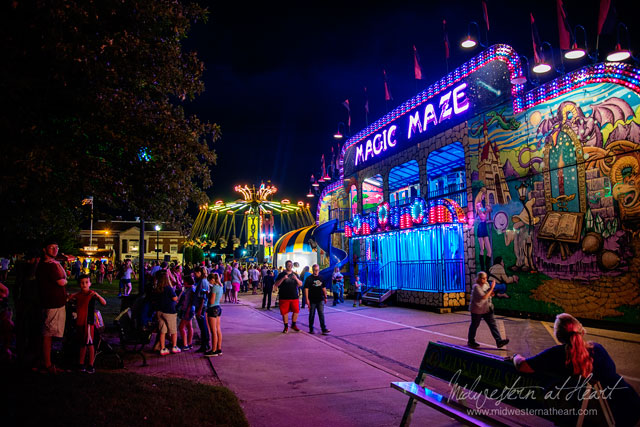 So while I took pictures… hubby and Abug danced. There was music playing loudly and they just had an impromptu dance session. 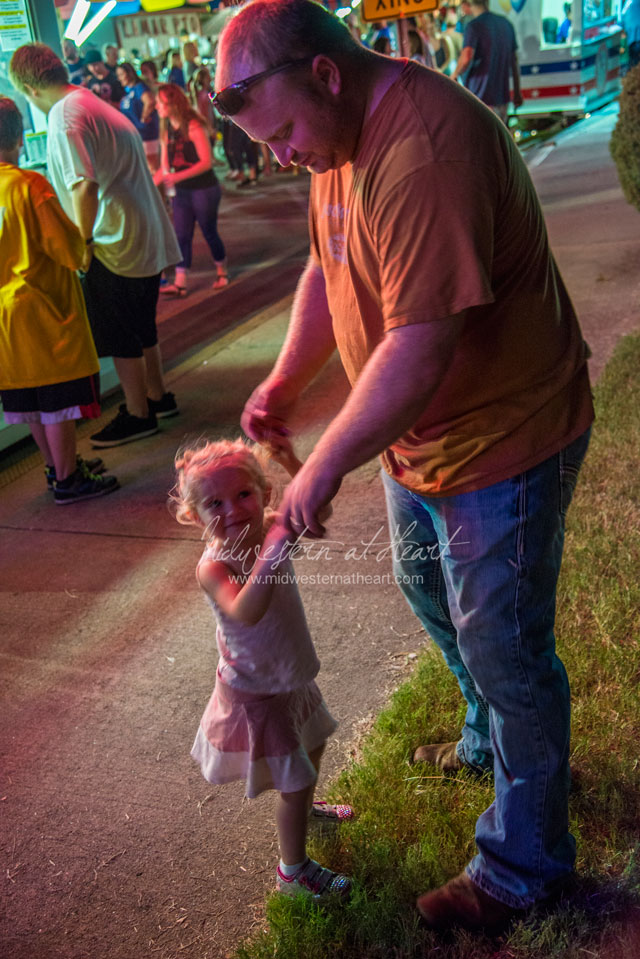 We stopped by our friends booth one last time before heading home. There was a rainstorm blowing in and the lightning was crazy. I tried to catch it in some shots with the carnival rides but never had a fast enough trigger finger. I sent them on to the truck, took a few last pictures and then decided getting my camera wet wasn’t worth it so I headed for the truck. It started raining about 5 minutes later. 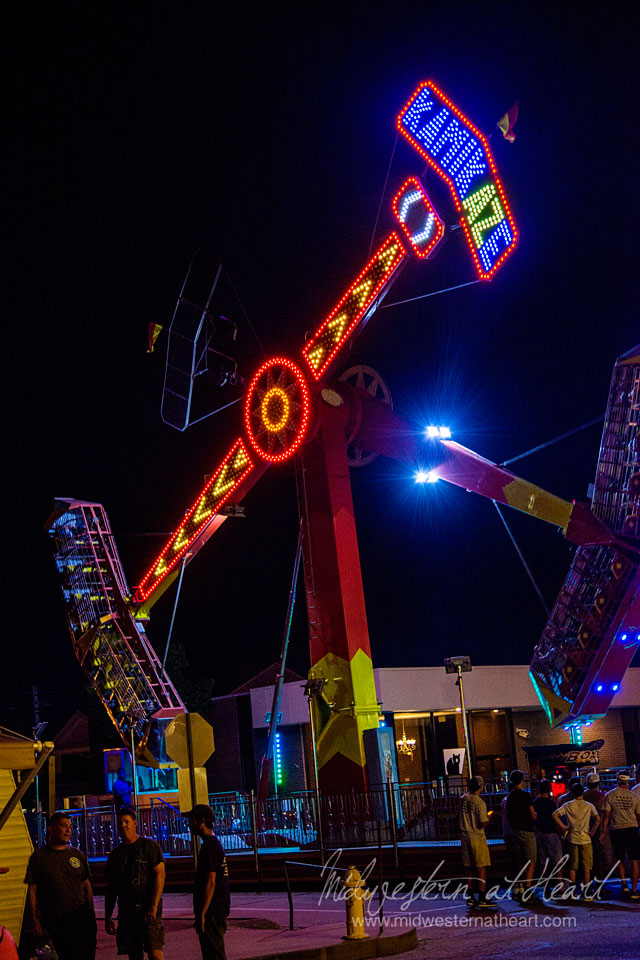 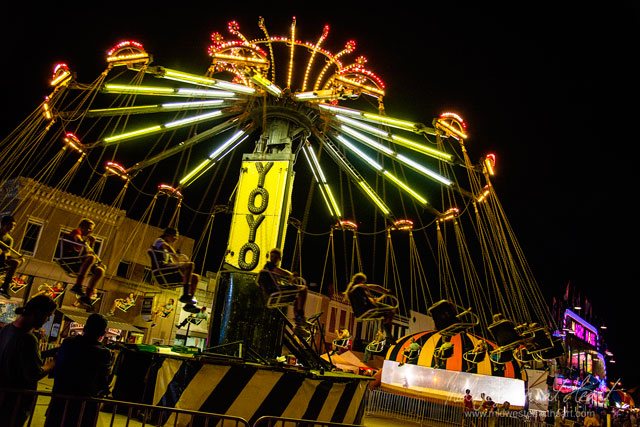 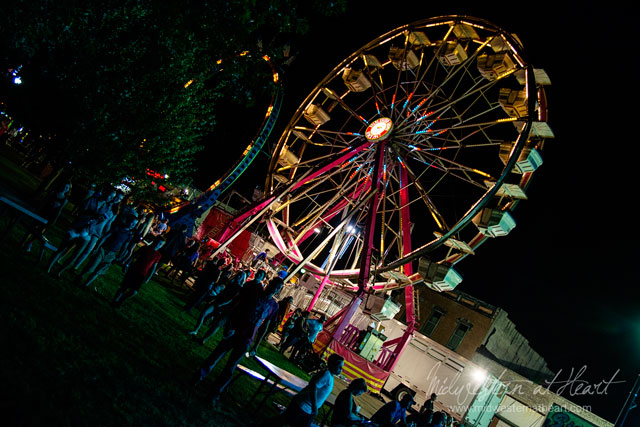