Last spring when we were out in Las Vegas, I introduced my husband to the restaurant that is Buca di Beppo.  I know that it is a chain restaurant, but sometimes, they are some of the best… otherwise, why would there be a chain of them, they wouldn’t last at all.  Now don’t get me wrong, I love the Mom & Pop type diners too! Just to be clear!!
Friday though, when we were driving up to Kansas City we were trying to decide where we’d eat dinner.  I mentioned Buca to hubby and he agreed, it would be good so Buca di Beppo it was.

Now I’m not trying to brag or anything, definitely not at all, but we had to get new phones since we changed cell providers.  Hey, Verizon has coverage at our house in every nook and cranny where AT&T only wished they had coverage… so we got introduced to the thing that is Siri.  (if you’re not an iPhone user, she’s a cool feature that is in Beta on the iPhone 5 and it’s fun to screw with her, I’m just saying!)

We actually used Siri and an iPhone app called Open Table to make our reservations while we were driving to the City.  I’ll tell you now, Hubby was driving, I was doing the rest.  I’m totally against texting and driving.  Ok off the soapbox now.

Buca di Beppo is located down on the Country Club Plaza, but not at street level, nope, you have to go down.  How awesome is that!?!?

Remember, Buca di Beppo is family-style cuisine.  So basically you order a small to feed 3-4 people or a Large I think they said feeds 6-8 depending on what you get, obviously. 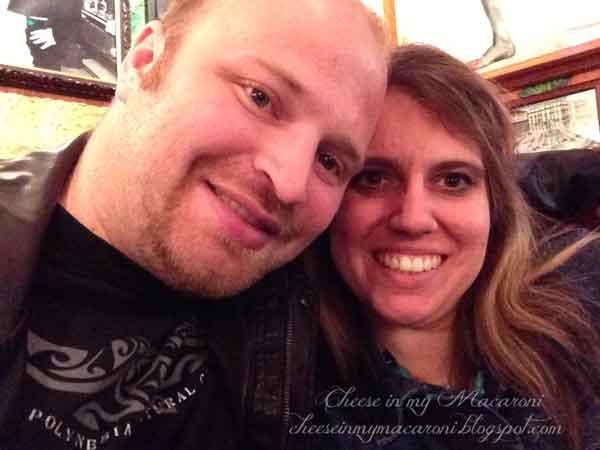 I love how their placemats change with the season. 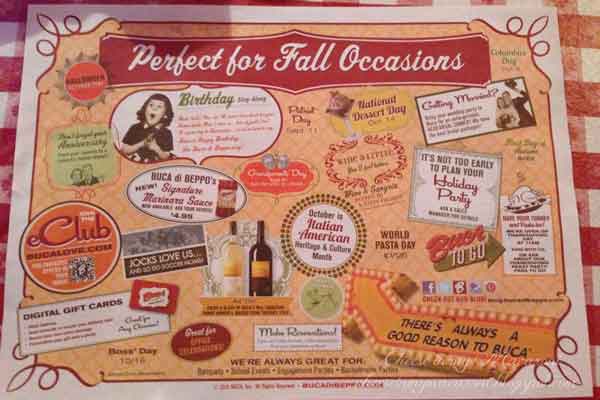 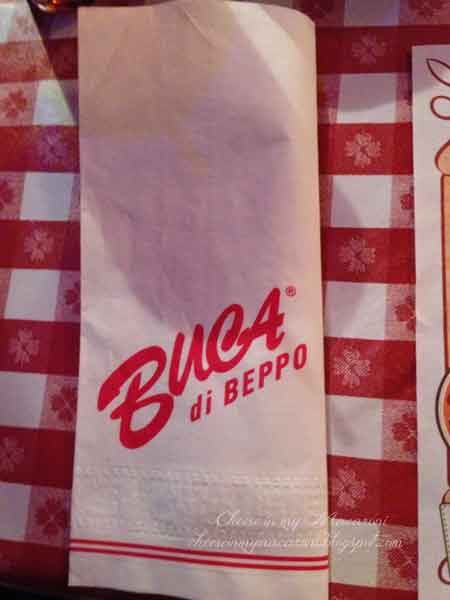 And some interesting dates you need to mark on your calendar.  These were found on their menu. 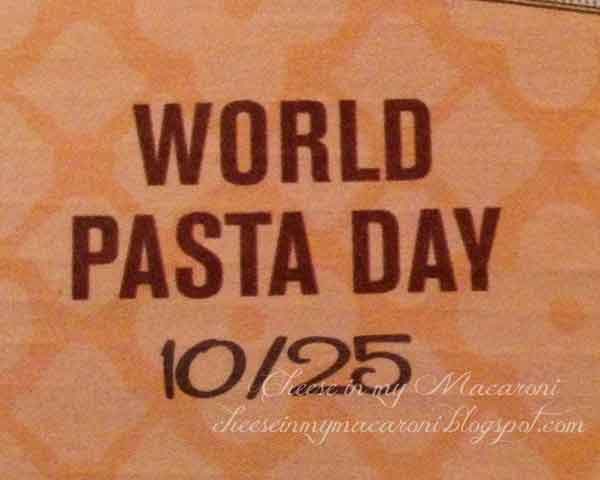 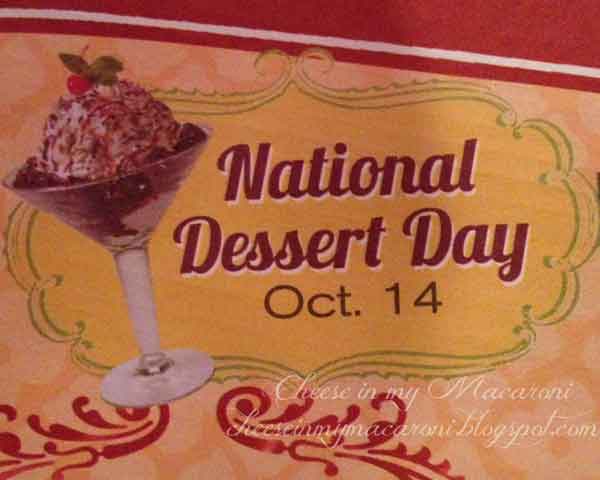 Is it your birthday?  Say no more.  Every time I’ve ever gone to a Buca di Beppo, they immediately ask if you are there celebrating anything special.  If it’s your birthday, sing along! 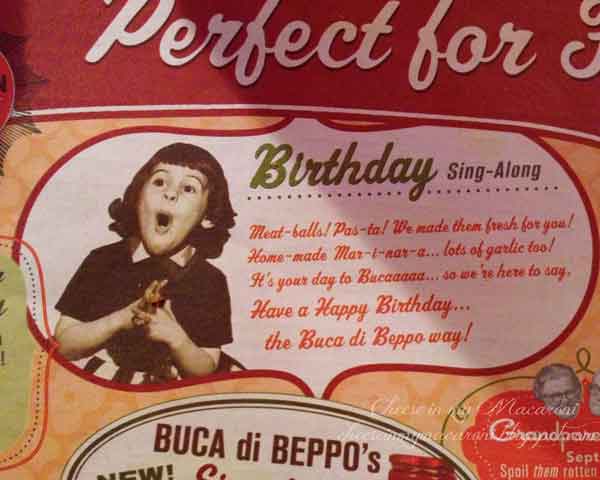 And look, new places they’ve added to their already list of locations. 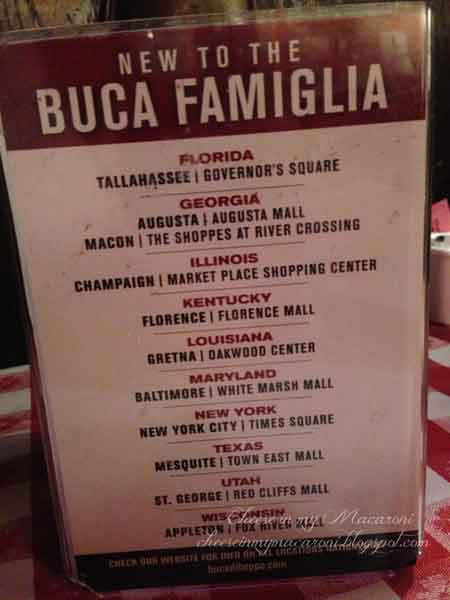 We’re hungry, can you tell?  And for whatever reason, I can’t find my picture of our appetizer.  We chose to go with the Fried Mozzarella sticks.  Yes, we love those things and since we don’t order appetizers very often, we had to choose something that we like :). We ordered the Chicken Glorioso.  I wasn’t sure hubby would be interested because it has artichokes, however, he’s coming around :). 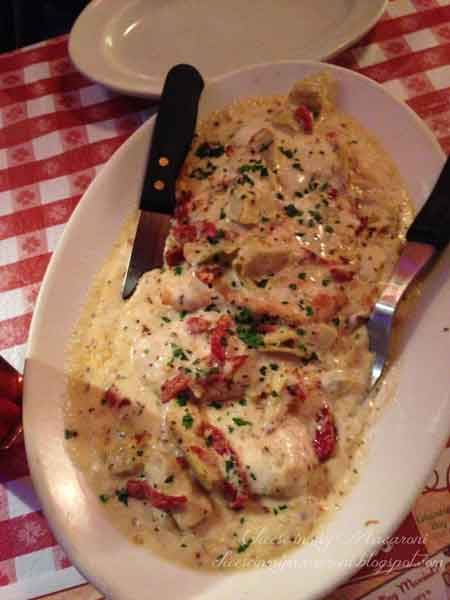 It was fabulous!  We even got the large order so that we could have leftovers this week. 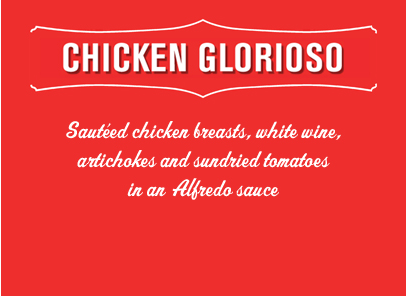 And just because it was a special day for us, we even went with dessert.  Now, normally we always go for the Tiramisu, love that sentence normally always?  Anyway this time we chose to go with the Chocolate Chip Cannoli.  Yeah, You can’t go wrong with those either! 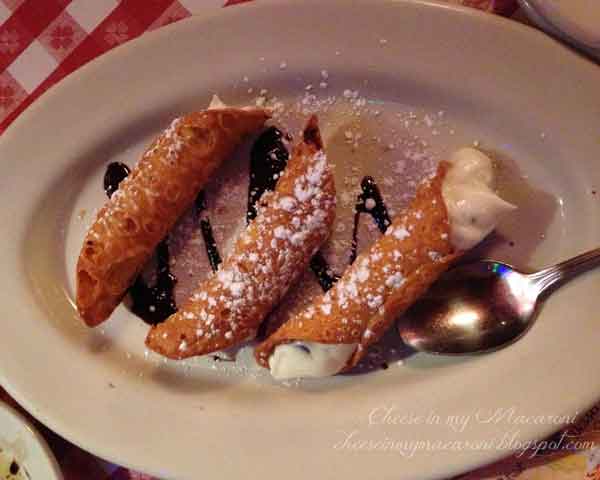 And seriously, if you leave here hungry, it’s your fault!

And a list of other places in the US you can experience Buca di Beppo… Just for your convenience :).