Holy cow, not only is it Monday, but it’s the start of the spring school semester. I’m not going to lie, I kind of wanted to cry this morning, a little bit anyway… because I don’t really care for night classes and I have 2 again this semester. Ugh! But not only that, the worst weather we get here in Southwest Missouri usually happens in January through March and I drive a car. Blech! But whatever… that’s neither here nor there… and I’ll survive!

Now the real reason I’m here today is not to complain about the beginning of the spring semester, but it’s to tell you about my Saturday. We had Tbug this weekend and she made the comment on Sunday that it’s nice to just sit around, especially because we HARDLY. EVER. sit around when she’s at our house… very true girl! very true.

Anyway Saturday Extreme Sports Scuba had a Veteran’s Try Diving Day. It was all thought up because in November (the 11th) is Veteran’s Day but every day the troops put their lives out on the line for us, so why do we only honor the veteran’s in November (and for that matter, why do we only honor the current servers only in May…) so we thought it would be fun to put together a day in honor of them. Allow them to come out to a heated in door pool and give scuba diving a try. And that’s just what happened.

Now I want to tell you, when I woke up Saturday morning and got in my car, the temperature read 13˚F. Yuck! Anyway we dropped baby girl off with my parents and headed on over to the dive shop. Once there, we helped hook up to the trailer and away we went to 5 Mile Children’s Camp where we were having the Try Scuba diving in a heated in door pool! The Pool conditions were 83˚F. Inside the building was great, unless someone opened the overhead door. And I eventually wound up in the pool when the kids “pushed” me in. Okay so I should fess up, I jumped in on my own free will, but allowed them to think they pushed me in.

But because I was already in the water, I borrowed Deb’s gear and proceeded to dive myself. Now the way we handle tanks here is that we always try to do the visual inspections in January when most people aren’t diving so that you aren’t without gear come the summer months. Hubby was told to drain his tank down to get it on their schedule. He tried and tried… but he’s gotten better at air conservation so eventually I had taken Deb’s gear off, took hubby’s main 2nd stage regulator, had him us the backup regulator and let him drag me around the pool so that 2 of us were using up his air. When I finally quit, he was still going… But we eventually got it down and had a blast doing it.

My only complaint for the day, I have really long, really thick hair, and on my back when it was wet and cold outside. blech!

When we brought the tanks in from the trailer, they all frosted over from the cold to the hot. 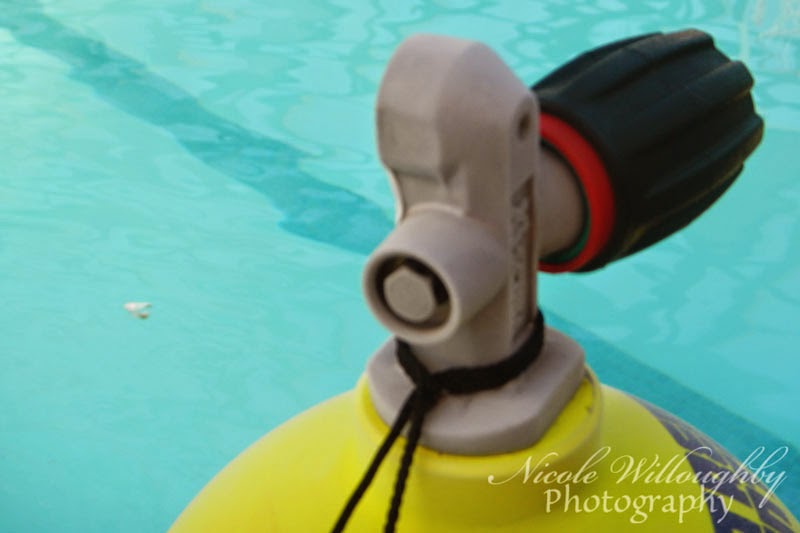 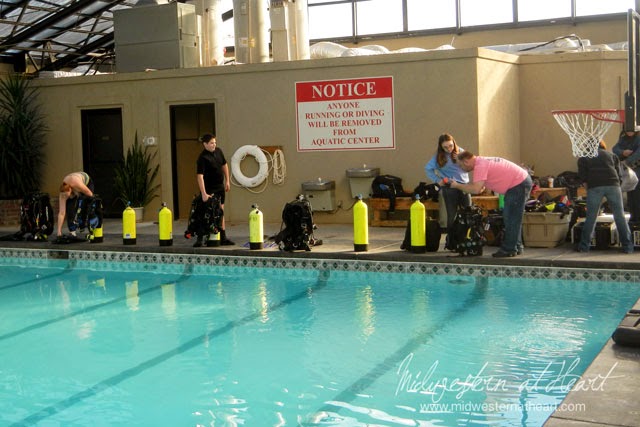 We had 6 veterans come out and dive with us. 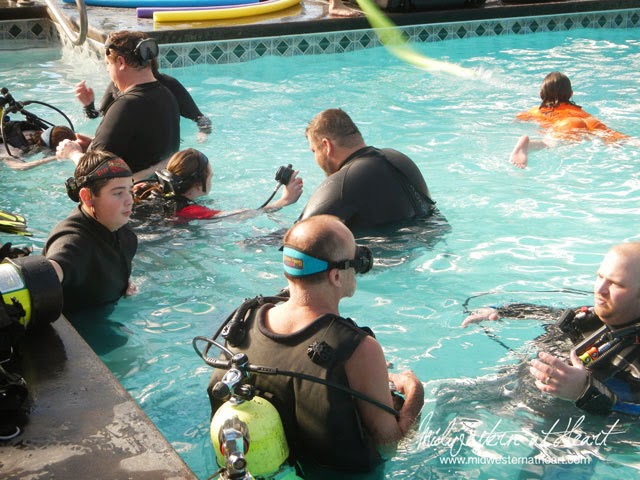 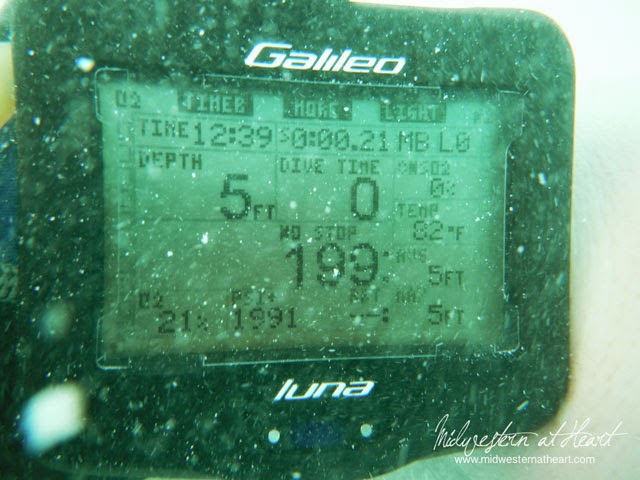 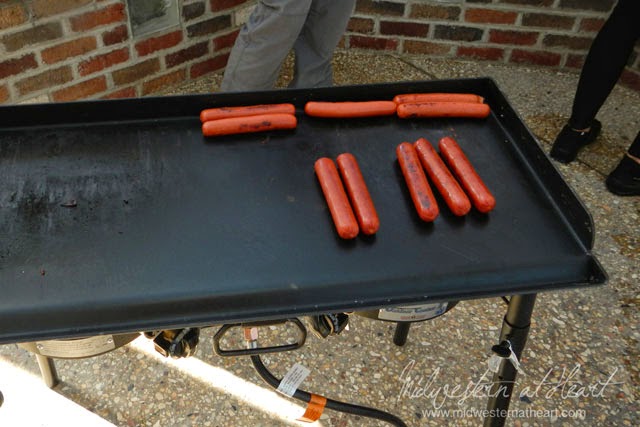 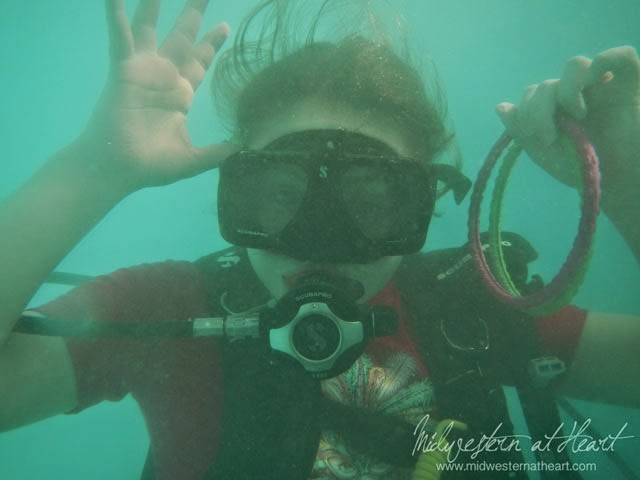 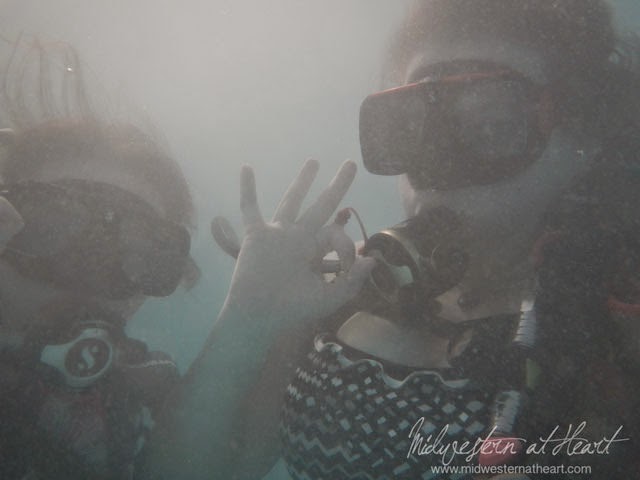 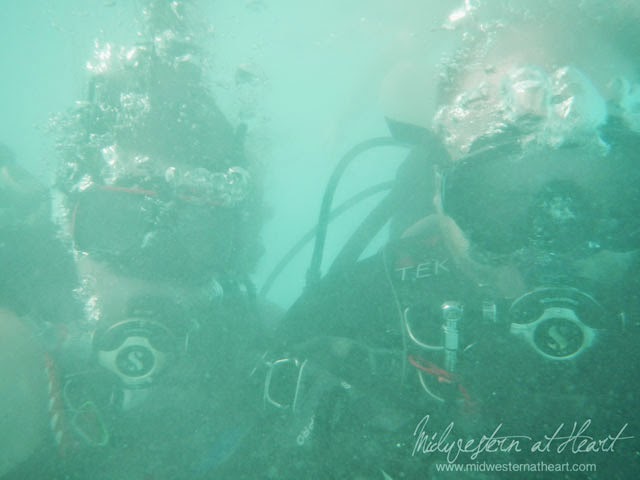 This was about the time I stole hubby’s main 2nd stage regulator and let him drag me around the surface. 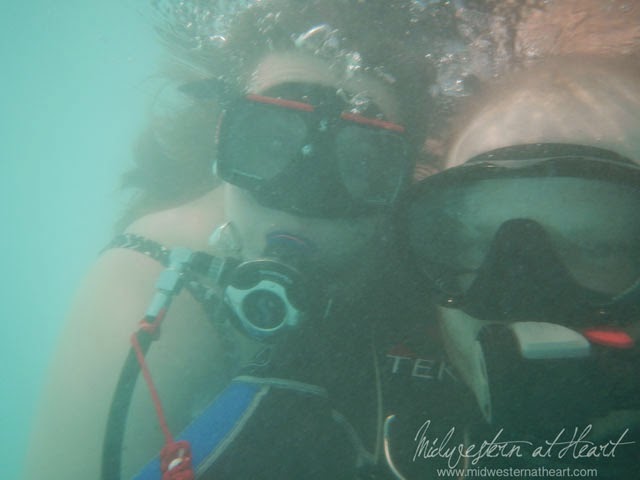 I had a hold of his BC letting him drag me around. 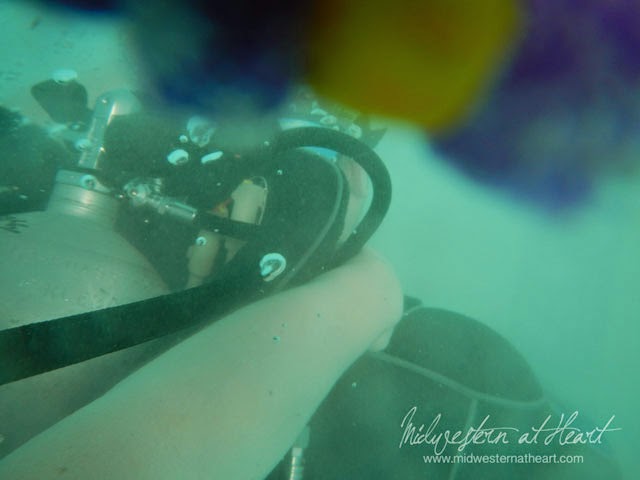