And last but not least, PC’s Best Man is Noah. 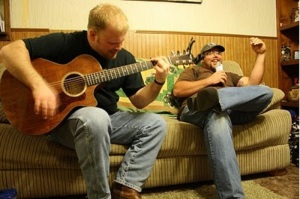 The 3 of us went to high school together along with my Matron of Honor April.
PC and Noah became friends through the high school years. They had a love for music that brought their friendship together. PC learned his guitar playing skills from Noah and they rocked it out.

When PC got to the point of needing a best man, one of the guys he thought of was Noah. He contacted Noah and of course he said he’d be honored. Wow that sounds weird, he was like “Hey dude sure!” LOL… does that sound manly enough?? 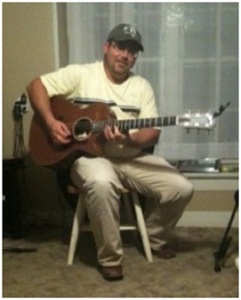 Noah works for the railroad so when he’s in town we all meet up at our friends Aerielle & Pokey’s house for Sunday night dinners and the 2 boys (er… men….?) bring the guitars and rock it out for all who attend that night. In fact Noah has some songs that are located on youtube if you search noahbgood. You really should have a listen! (btw for all you single girls out there, he is single and looking… wow he’s going to beat me… LOL j/k he’ll just grin)
Well until next time,
Peace, Love, & girlfriend for Noah,
Nicole 🙂