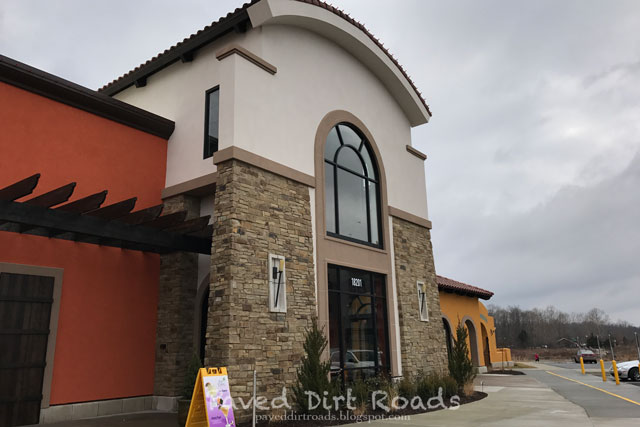 Last Friday my friend Karen and I went to Kansas City. There is a Duluth Trading Company store up there and she needed to return/exchange some items. We started out in downtown KC and ventured out to the suburbs to find Duluth. Um… let’s just say we had an adventure. You could see all the stores you wanted to go to, but actually getting there was another story so we’d take roads that would lead us in the right direction, and eventually, we got there. Yes, I know, we could have used our GPS, but what’s the fun in that?

We got out to Independence around lunchtime and seeing as though we were hungry, we decided to find lunch. We passed this restaurant, Los Cabos, and eventually decided to stop and try it. So impressive things about this restaurant, it was HUGE! There was a sign in the door that said max capacity 285. That’s a lot of people. Second, the view. No, I didn’t take a picture, but where we sat, we had a gorgeous view over the lake out back. And it was cold enough that there was a thin layer of ice over half of the lake. Beautiful. I’ll bet it’s even prettier in the fall when the leaves are changing colors, but another trip for another time, because we’re now in January. Gloomy old January. 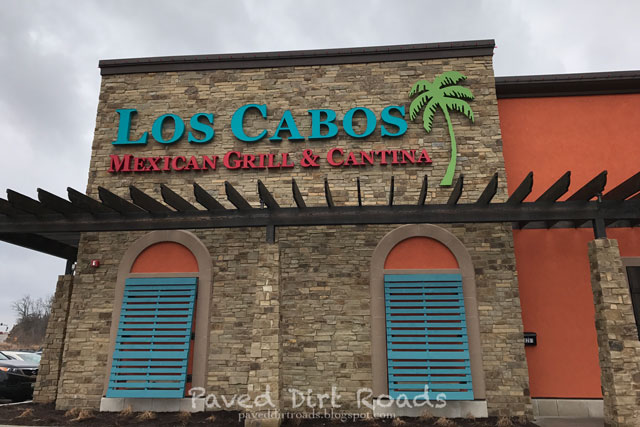 The waitress (or server for you politically correct type) told us that all the red dishes were signature dishes. I took the picture of the Camarones Alambres because here’s the thing, I like shrimp but not a lot of shrimp. I’m not a huge seafood person, but this looked absolutely AMAZING! If I had been with someone who loved shrimp, I’d have probably gotten it, that way if I didn’t care for it, I could have conned them into switching with me. Sad but true. But I wasn’t with someone who likes fish, actually, I was with someone who likes it less than I do so I stuck with chicken (see below). 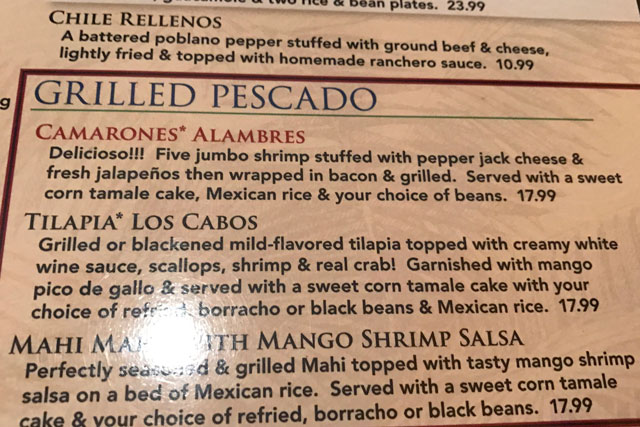 They brought us out chips and two types of Salsa. The one on the upper side is regular style salsa. The one on the lower side tasted like roasted peppers or something. It had a different flavor and it was a smokey flavor at that. Both were very good. Then the queso. Oh, the queso. Go here for that if nothing else. I need to learn some more descriptive words. They call it white queso. While it definitely wasn’t yellow, I can’t just say it was white either. What it was though is good. That is all. 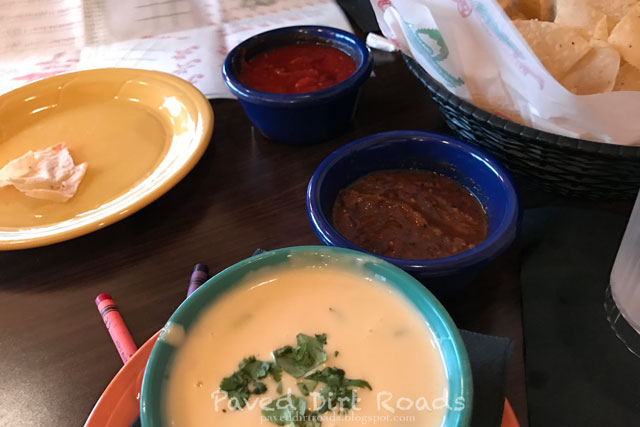 Finally, the dish I got… Roasted Garlic and Spinach Stuffed Chicken. It is a large, stuffed chicken breast topped with Cotija cheese and served with grilled vegetables & choice of refried, borracho, or black beans. Hello, if you know me I don’t like beans so I went with rice instead. The rice was good. The vegetables were better. And then that chicken. The chicken was basically flattened out and there was a layer of garlic and spinach and cheese on both pieces (or if it was flattened and folded over, then the middle and top). I might have gone a little lighter on the spinach because it was a little overpowering, but it was so good it really didn’t matter. 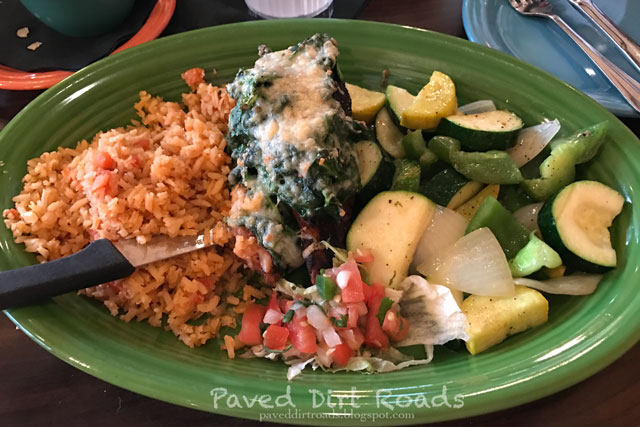 Karen went with a lunch portion, 1 chicken enchilada. They brought her two. But because the waitress only put it in as 1, we only paid for 1. We didn’t complain. She said they were good and that one was filling so she had extras for later.

Interesting fact, I went online to find their menu a few minutes ago and there are 3 locations in Oklahoma. In fact, their website said, no matter where you are in the Tulsa area, there’s one nearby. So how did one wind up in the Kansas City area? Questions, questions. So there you have it, my friends.