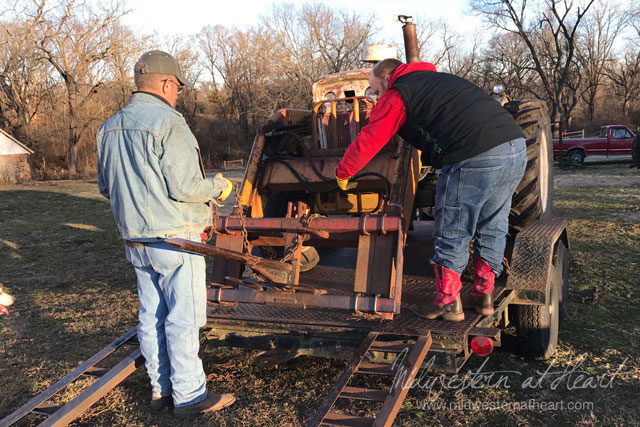 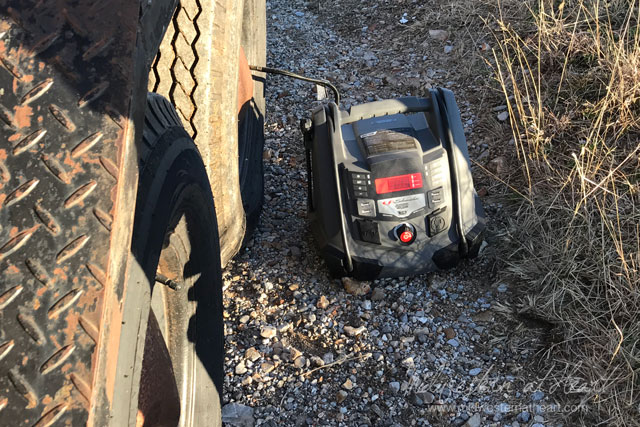 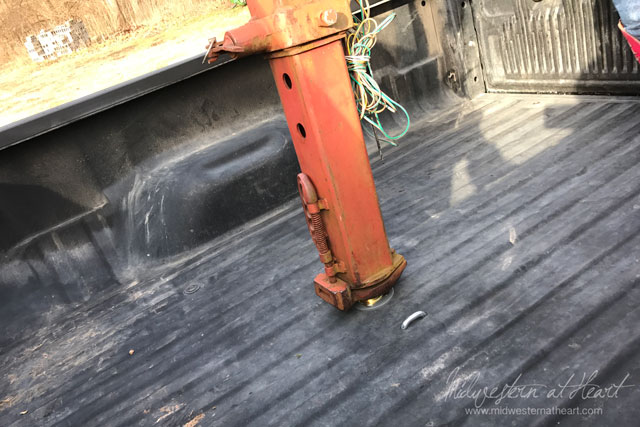 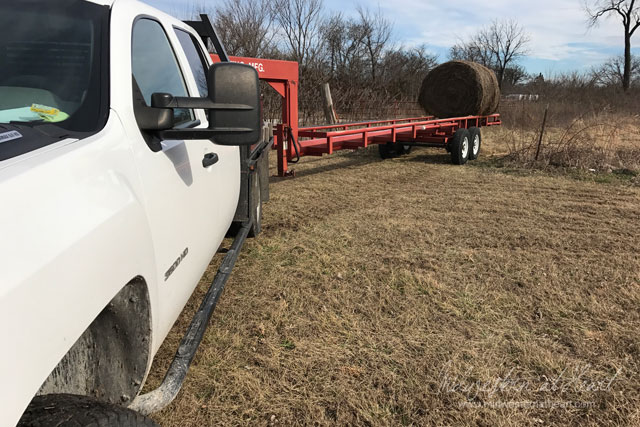 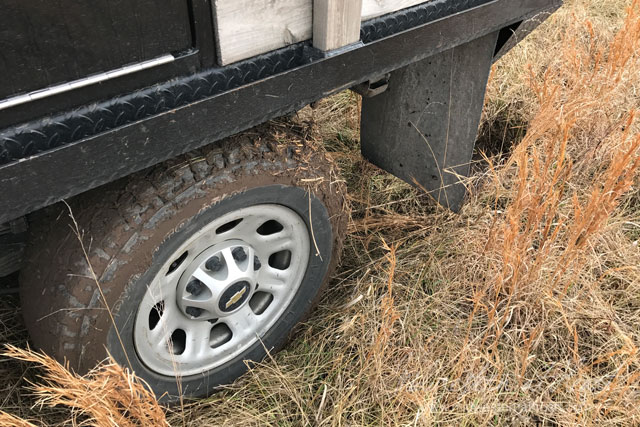 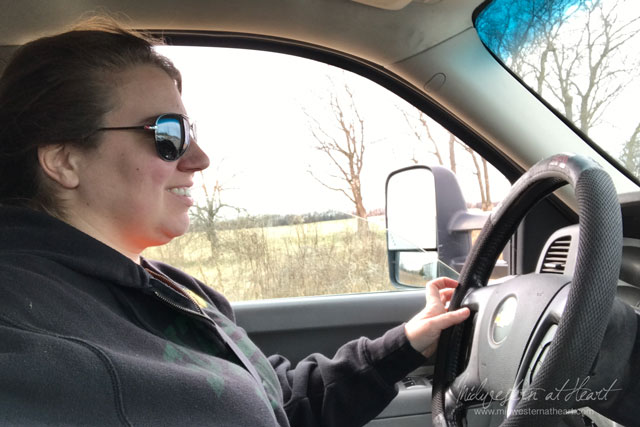 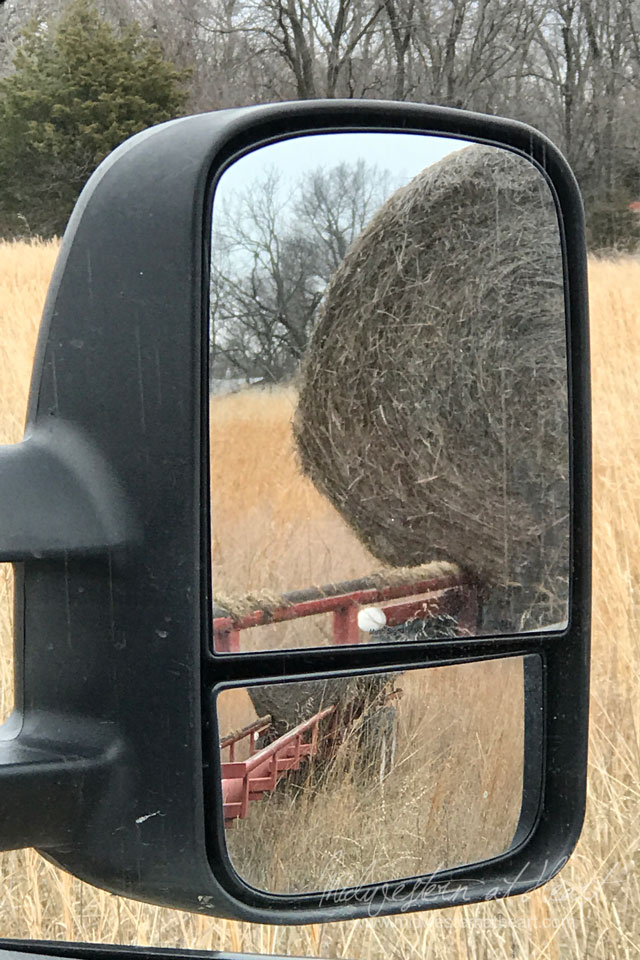 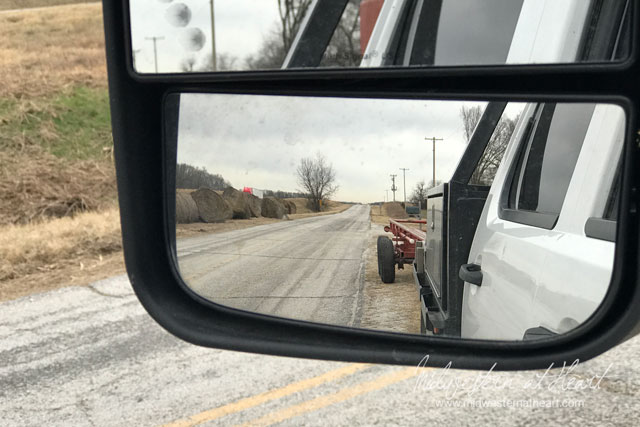 We spent Saturday hauling hay. Why you may ask? Well, cows gotta eat too! All summer long we bale hay to prepare for winter when the grass is bare. That way we can feed our cows through the winter. We baled hay at my Mother-in-laws house this summer and left it there. She doesn’t quite just live just down the road, she’s more like 12 miles or so so there isn’t driving the tractor down to grab a bale here and there. Instead… We borrowed a truck and trailer and while dad loaded one trailer, the other trailer (because we own one….) was hopefully either a) delivering hay to the house or b) on the way back to get reloaded.

We used my truck to haul the tractor to my MIL’s house, then took my truck to Deb & Grady’s to borrow Grady’s truck and their hay trailer so we could move 68 bales a lot faster. It was a good thing too because hubby had his truck and our hay trailer, but I kept finding him “sleeping” on the job. Okay okay, so one time he was fixing our trailer and another time, well I’m not sure what he was doing. I’m pretty sure I hauled more loads of hay than he did, plus I took the truck/trailer home while he was picking up the last load of hay.

Hubby’s ball was just put in the truck on Thursday, so it was nice and pretty and new. I was surprised he hadn’t tried hauling a trailer with it prior to that, but he managed to hold off until Saturday. And technically I was the first to haul a trailer with his truck because he initially took Grady’s truck/trailer and I took ours to my MIL’s. I’m trying to rub it in just a little…. think it’s working?

And that… was our Saturday 😀.

p.s. hubby was finally able to put his Christmas present to work also… good thing we had it because we no more than made it out the gate at my grandma’s and we had a flat tire on the flatbed trailer…..