It’s snowing outside if you can believe that. We’re supposed to get less than 1 inch accumulation, I almost think we’ve succeeded that though. Where am I you might ask? Well I’m sitting on the fireplace. No no no… not burning my rear… that shelf in front of it that is bricks and my back is up against the door handles. I love fireplaces like this!

Anyway… I thought this would be the perfect time to tell you about the perfect “gift” I bought the other day that I “got in trouble” for buying. Walk with me, or sit and read, whichever!

My grandma was an avid reader of magazines and the newspaper, and one magazine article in particular that happened around that time of me telling her that was about a lady who collected Mr. and Mrs. Clause Salt and Pepper Shakers. My grandma showed me the article and this lady had been collecting them for like 30 years or something and had an entire room in her house dedicated to them. Grandma asked if this was something I’d be interested in? I told her I don’t know, maybe. And so it started.

That year for Christmas my grandma bought me my first set of Mr. and Mrs. Clause Salt and Pepper shakers. Sadly at the age of 10 years old I wasn’t real impressed with the gift. I know I know, I told her that I wanted to collect something and she was helping me out, but at that time I didn’t really treasure what had been given to me.

A few years later and a couple years older (obviously) I had a second set of salt and pepper shakers show up from her for Christmas. This particular set was a Santa and Santa because she hadn’t found a Mr. and Mrs. Clause in a while, but thought I needed an additional set to add to my collection. 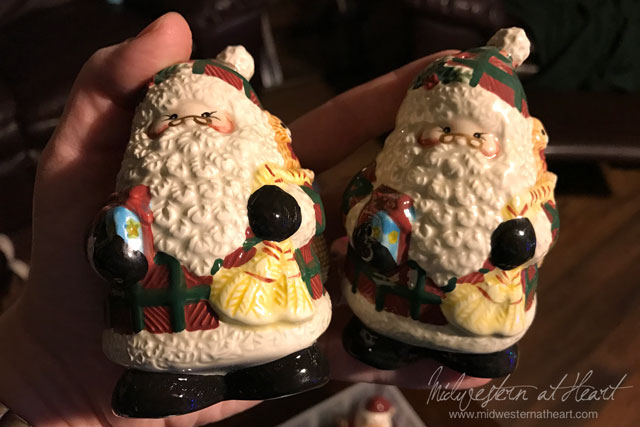 By this time I was around age 18 and not real sure I even knew where the original set was, but I thanked her again. After Christmas that year I went on the hunt to find the original set and found them fairly easily. I placed the two together in a desk drawer and proceeded to forget about them again until a couple years later when I was in my 20’s a third set of salt and pepper shakers showed up around Christmas time. 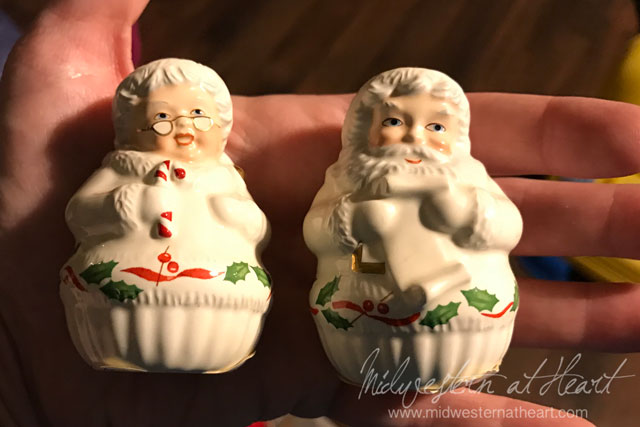 In my early 20’s I knew where the original 2 sets were and slowly started looking every Christmas for sets to add to my “collection” that only consisted of 2 until that Christmas.

It really wasn’t until after 2007 when my grandma passed away that I truly treasured that collection and started adding to it full force. 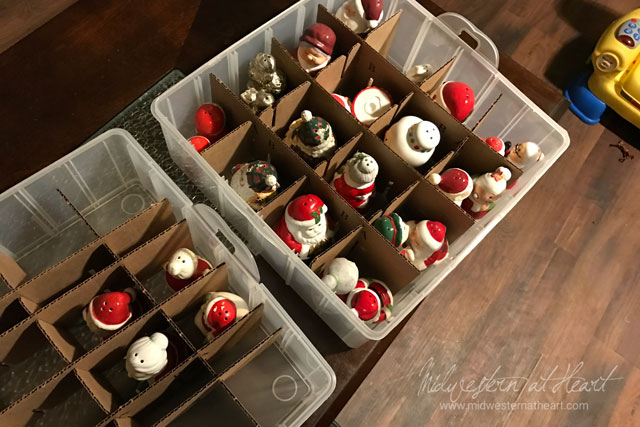 I’ve received them as Christmas presents, told friends and family what it is I’m looking for and to keep their eyes out, etc. While I still don’t have nearly as many as that lady after 20 or so years of collecting them… this collection has grown ever so increasingly important to me. When I find a set I immediately think of my grandma and that’s truly a precious thing to me. All four of my grandparents and I held a special bond. I hope my kids will grow up and feel the same bond and feeling.

So this year I don’t have my salt and pepper shakers displayed, I have no where to display them really, but I brought them and and snapped a picture of each of them the other day. 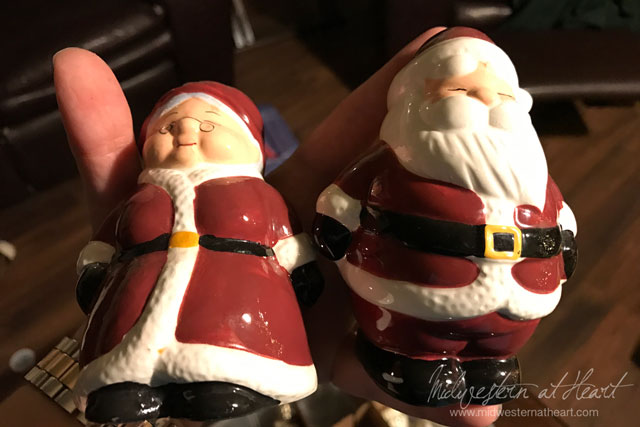 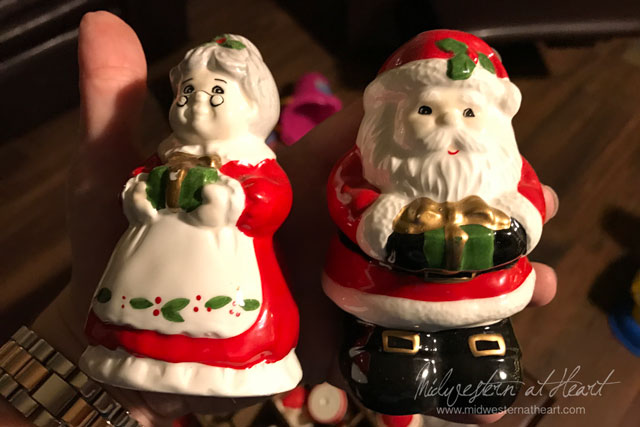 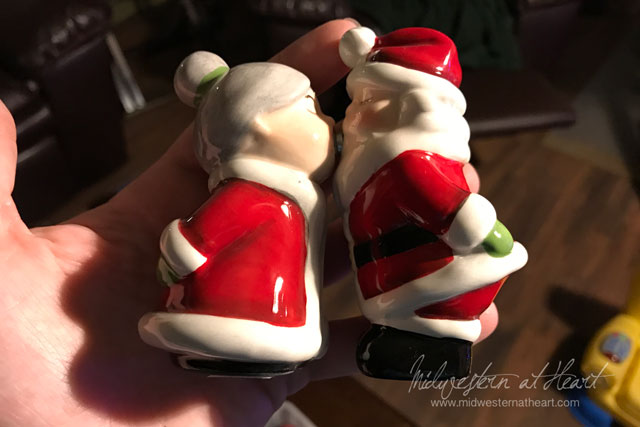 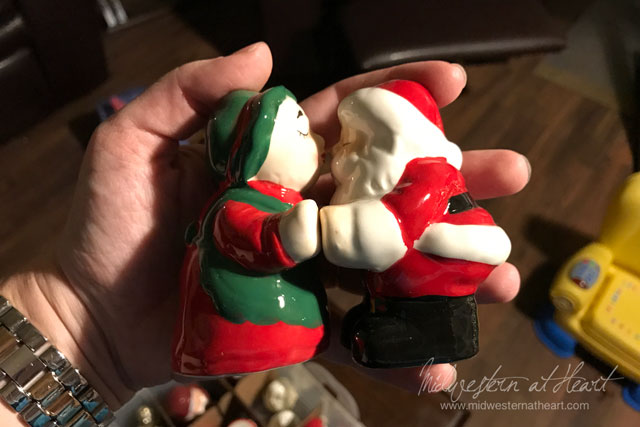 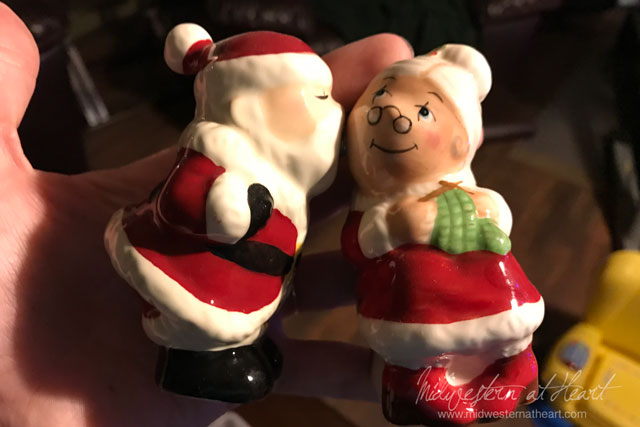 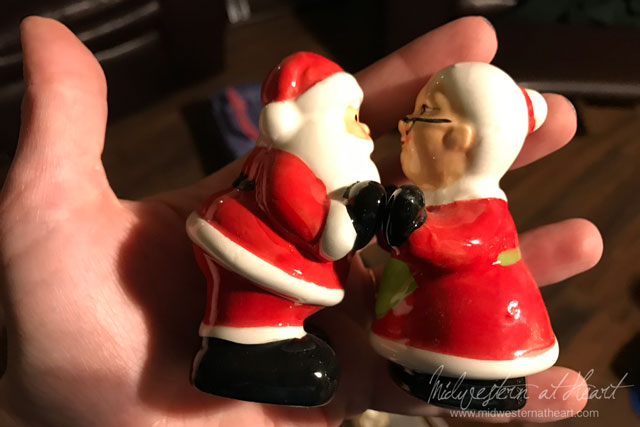 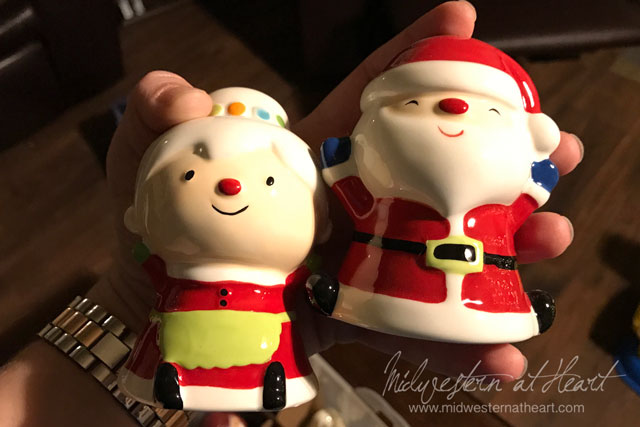 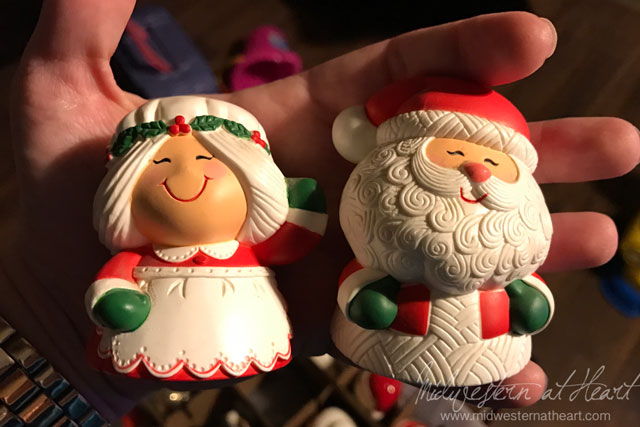 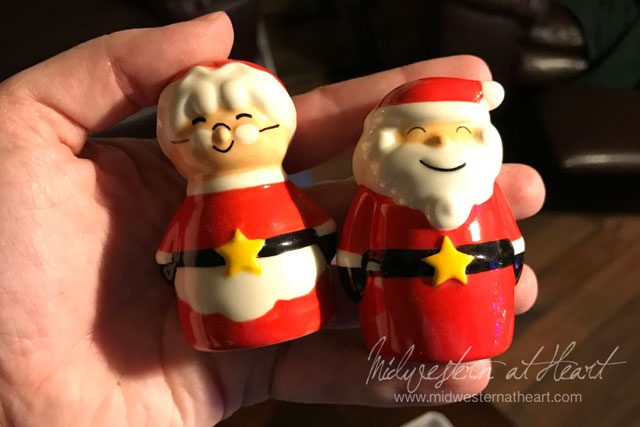 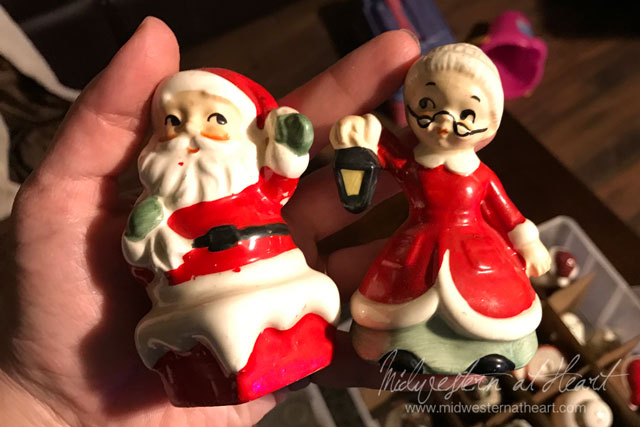 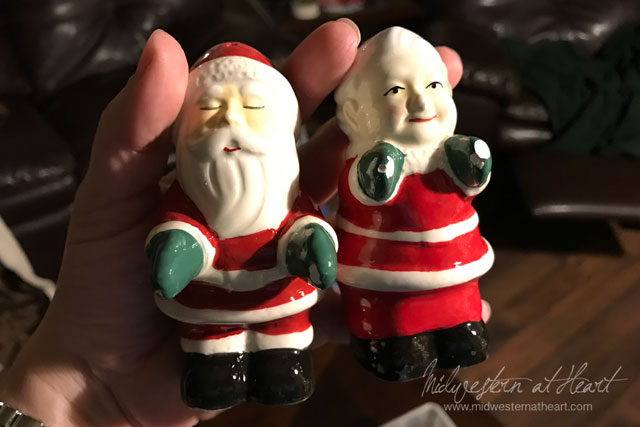 So how does all this background information tie in with the title of this post? Well I’m so glad you asked…. I happened to be at Kirkland’s last week looking through their Christmas collection when I stumbled across another Mr. and Mrs. Clause and bought it. 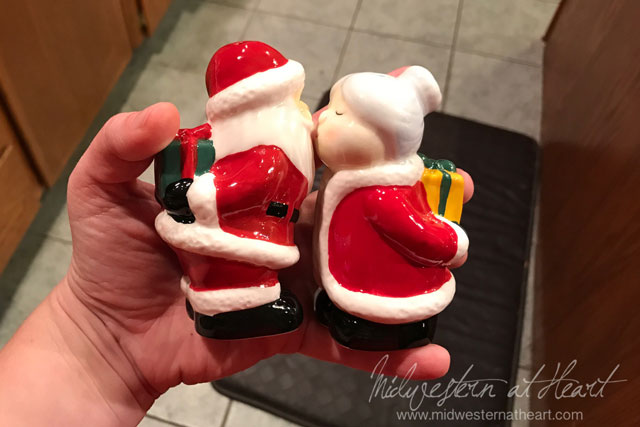 I got home with a big cheesy grin on my face because I got to add another to my collection and the dear old hubby yelled at me that Christmas is just around the corner and what if he bought me one just like that for Christmas. I laughed and told him that they are a rare commodity to actually find and I’m NOT about to pass one up if I actually find one! And if I have a double, that’s okay too. He laughed at me and said, don’t worry I didn’t buy you that one, but you gotta quit doing that.

And that is how I “got in trouble” for buying something I collect.