Last Saturday the Missouri Governor’s Mounted Guard were back at it and mounted on their trusty steads. Don’t ask me why it is so much fun to say “Trusty Steads.” I think it stems from Shrek when Princess Fiona calls Donkey Shrek’s Trusty Stead until she realizes that Shrek is an Ogre and then Donkey is just a donkey.

Anyway the Guard were helping park cars at a local Bluegrass festival. The day before I really wanted to bake something, so I decided to make Cinnamon Rolls for them since they had to be there early in the morning. Abug helped me make cinnamon rolls until it was her nap time, then she and the cat curled up on my bed and snoozed until I was done with the last pan of cinnamon rolls. 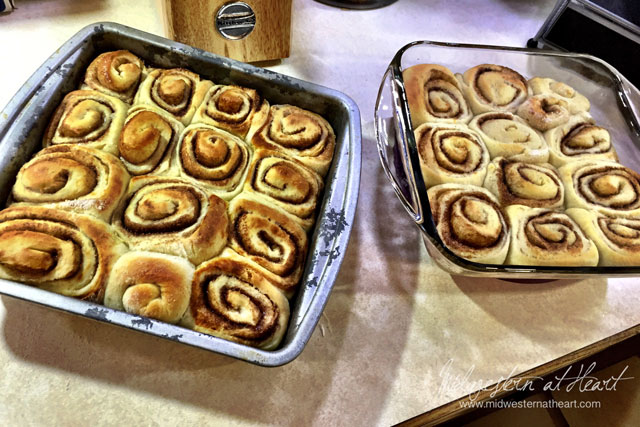 Abug and I were going to head out to the festival and see what the Guard was up to as well as take pictures but we didn’t make it out there. Instead we went to see my grandma for a bit. Later in the afternoon hubby had Karen send me a message and say that they were going to lunch/dinner and did we want to meet them. We decided that sounded like fun. And asked where.

They finally told us a place called JT’s Burgers & Wings in Webb City. I’ve seen this place on my way to school more than once and thought it sounded interesting. So we loaded up the car and headed their direction.

Hubby got their Catfish. He said it was really good. I didn’t try any this go round. I can vouch that the hush puppy was yummy :). 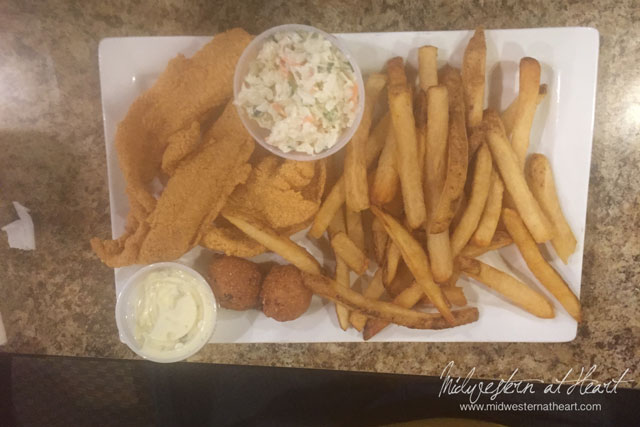 Jared jokingly said he was waiting to see what I ordered before he made up his mind. I went with the Bacon Cheddar Burger and Fries, since I figured that Abug would share that with me. She likes burgers and fries. Those fries were awesome and I’m fairly certain they were fresh cut. 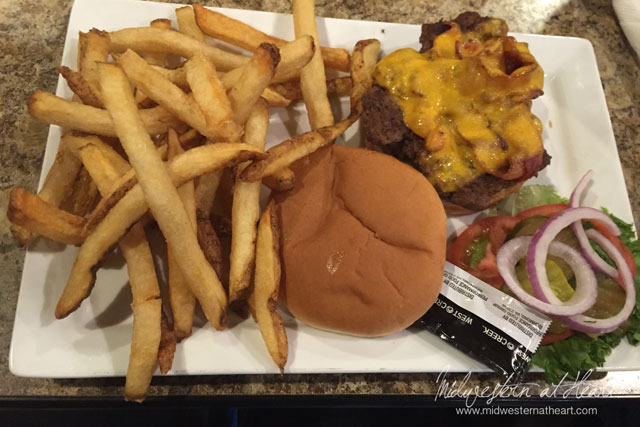 The high chair seatbelt thingy was broken so Abug would stand up, grab a fry off my plate and then sit back down if I wasn’t feeding them to her fast enough. And she needed 3 fries in her hands at all times. I take it she liked the fries. She also liked the burger too. So did I :). 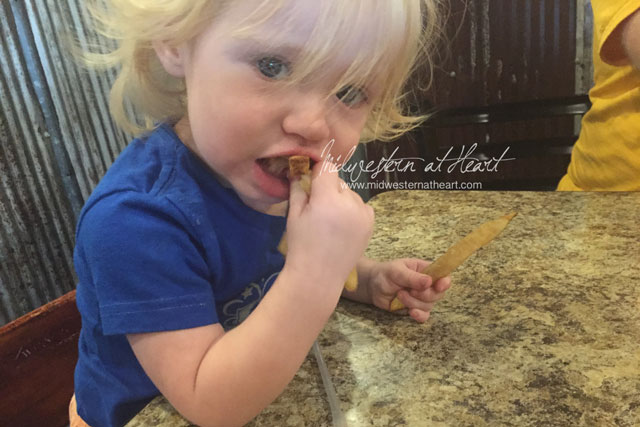 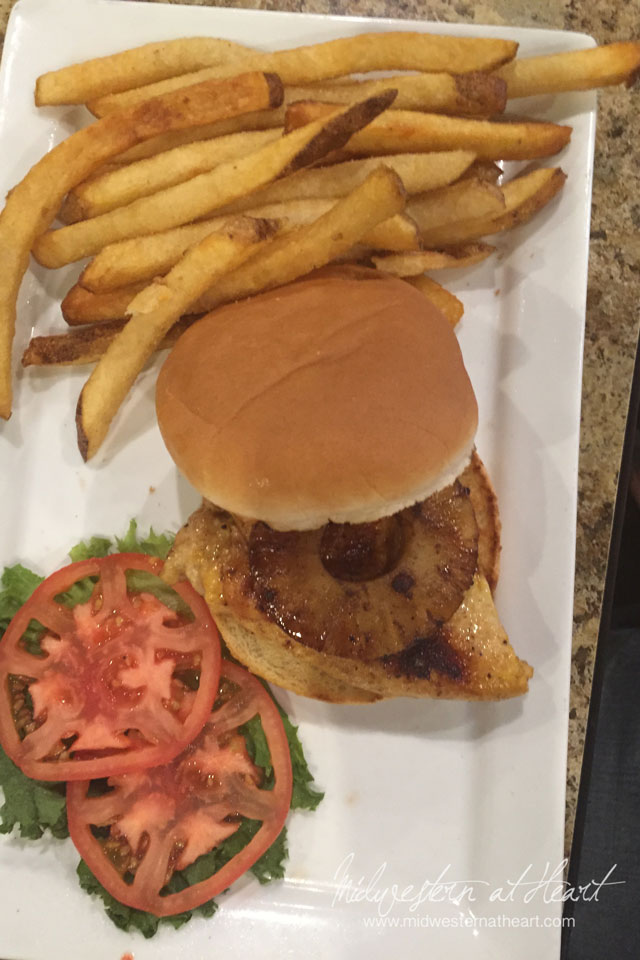 Then Jared and Karen said if we wanted to come to their house we could come play games. Hubby had to take Aloha (the horse) home and put her “to bed” then we said we’d meet back up at their house. I got there first and pulled in next to their flat bed trailer and saw a weird light on it. I didn’t think anything of it though because well I just didn’t. Then Abug and I tried to sneak up and scare Karen. She glanced out the window and caught us before we got to the house.

We went back out to check and make sure the water had been shut off to the cows and she noticed the light on the trailer so we walked over to check it out. Turns out it was one of those solar lights people use to line side walks or flower beds. And why it was on the trailer hitch who knows :). Ah the mysteries of life. 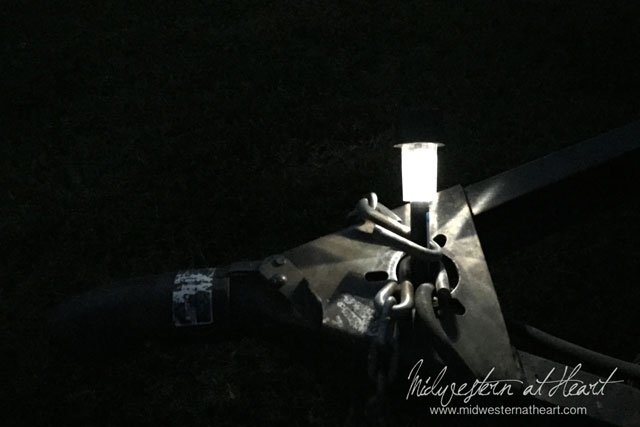 Then hubby got there and Jared got back. We went in the house and played Dominos. Can I say how much I like playing Dominos? Abug thought she’d help Karen, as in she’d show the rest of us all of Karen’s tiles. 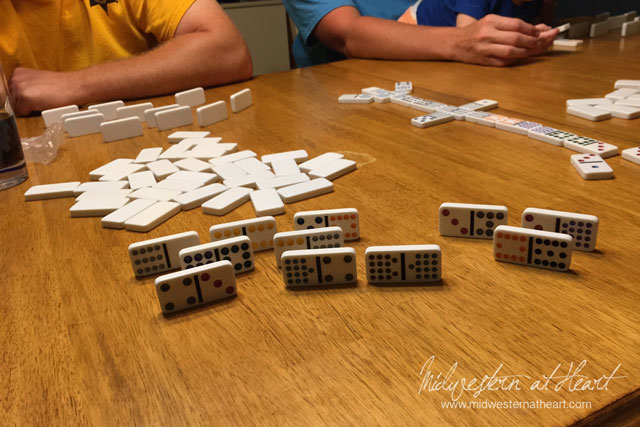 I found a tutorial on line to make your own domino tiles for outdoors, Now we have a project!