{one}  So you see this necklace?

Here’s another shot of it.

(this is the other photo I stole…)

Well a while back Janet from A Farm Wife’s Life had a Girly Giveaway and guess what… I won!  I got to choose from a bunch of really pretty necklaces.  I finally went with this one, although I wanted a purple one she had up for grabs too!  Now I just need to convince her to either make me a purple one (willing to pay!!) or tell me where to buy the stuff/how to make one!!!

{two}  Over the weekend, I got in my car and look at what my car outside temp read…. 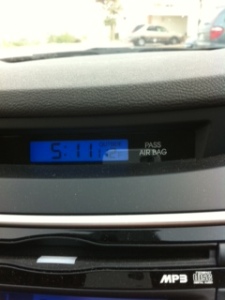 I really thought I lived in Missouri… maybe not… I dunno…

{three}  So I just about cracked up laughing when I saw this: 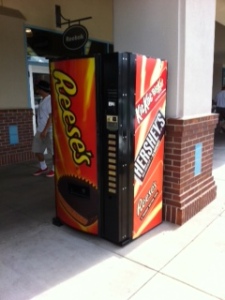 Really?  Ok well sure, why not!  I also saw one for ice cream.  Now if that sucker went out (as in electricity…) that would be a nasty mess!  Oh and if you wondered, all the water was sold out of every machine I tried.  Look at previous comment, you’ll understand why…

{four}  So I have this pair of shoes that I absolutely LOVE!  but look what they do to the tops of my feet:

So I have to do this so I can wear them:

And people laugh at me.

But see, aren’t they cute:

{five}  So I hate to jinx things, however, this summer, actually here shortly, we should have not 1 but 2 mares that should be foaling.  (I sent hubs out to get photos for me 🙂 so you guys could see)  It’s getting a little late in the season, but both mares were pasture bred so you do with what you can.  Sis has been with the stud (same pasture) since last spring when hubs brought her to my parents house.  The new mare was pasture bred before we bought her. 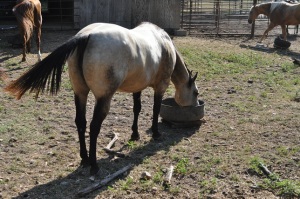 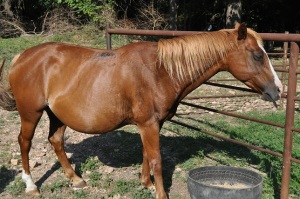 New Mare who still doesn’t have a barn name.

Last year we thought Aloha was going to, she gained the weight, got sore on her feet, etc, all the motions of a pregnant mare, and then NOTHING.  The vet said she had a false pregnancy.  He thinks she might have been pregnant at one time and miscarried and just went on through the motions.  We tried to get Sis preg checked by the vet but she wouldn’t cooperate so he said, well, we’ll find out within the next couple months.  LOL.

Now we have Blondie out with the stud too.  And of course Ma, but she’s run with him for years. 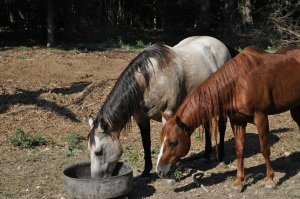 Munchkin (the stud) with Sis

Ma
Ma is an 86 model.  But she has a home for life!  My grandparents had an Arabian mare that was alive 34 years so you just never know how long they’ll make it.  It will be a sad day though when we lose her.  She was given to us by a friend about 6 years ago or so.
{six}  And one last note… hubs washed my car on Wednesday for me and guess what it did yesterday morning…. 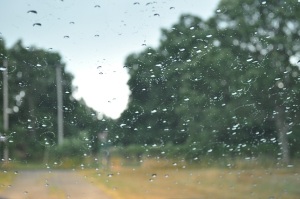 I put on twitter, I wonder if I wash my car if it will take the 60% chance of rain to a full 100% and by golly it did!  Now if it would pour so we’d get some flash flooding (because that always goes away fast) that would be GREAT!

Happy Friday everyone!  Any big plans?

0 thoughts on “It's been a while since I was Random”