Ok here were some of my other favorite photos/floats in the parade.  There were close to 200 entries (give or take) and so I obviously can’t show them all to you.  If you missed the first edition, I devoted it just to our Hometown Hero’s!  One of my other 101 things is to get PC’s uniform quilt done.  My goal is to have it done by next years Maple Leaf Parade so when he rides on another Hometown Hero’s float he’ll have it to snuggle up with 🙂 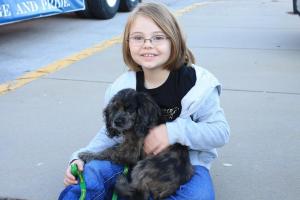 and the spoiled rotten Dill Pickle.  He wasn’t camera shy at all! 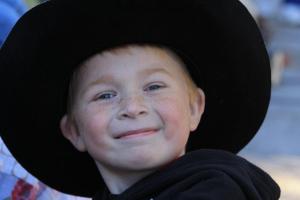 and Tbug entertained us doing flips and cartwheels, etc.  She should have been with her cheerleading squad but told her mom she didn’t want to be in the parade, she wanted to watch with us. 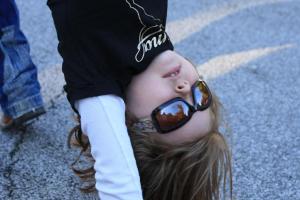 They knew how to do it in style.  Wonder if that’s their living room furniture?? 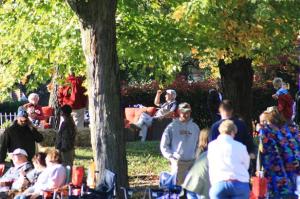 This dog cracked me up.  He was extremely gentle but I swear if he hadn’t been he could have taken that ladies head off in one bite! 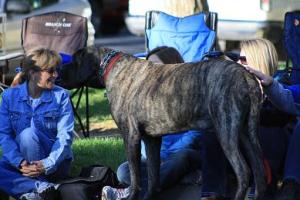 Our town is known for the beautifully colored Maple Leaves.  They were just starting to turn.  (the parade was October 16th) 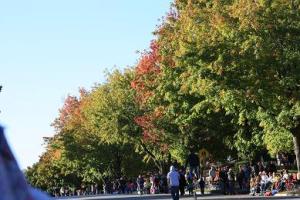 Seriously how cool would it be to own this truck! 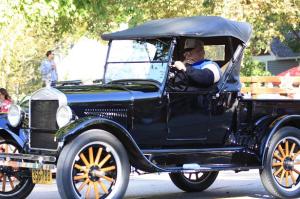 This speaks for itself! 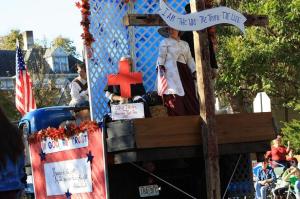 Can you imagine this was for the eye doctors?? 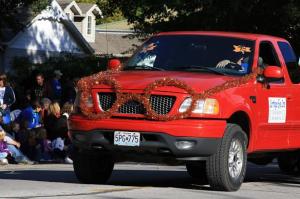 This is where Tbug does her Cheerleading.  They also have Gymnastics.  This was a trampoline being pulled by a truck through the parade.  That’s not the only picture of the kids flipping I got. 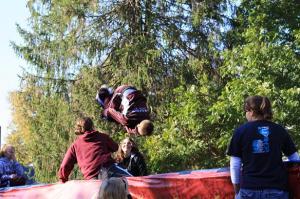 One of the salons in town.

When the politicians came through, they branded the dog 🙂 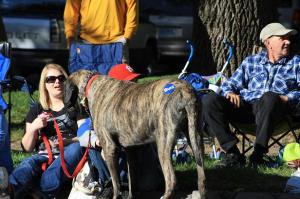 This so reminded me of something the Addams Family would have driven. 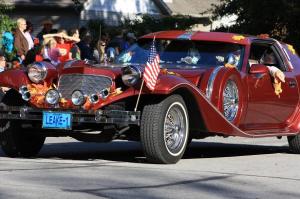 Remember seeing this at our 4th of July party?  That is PC’s cousin driving. 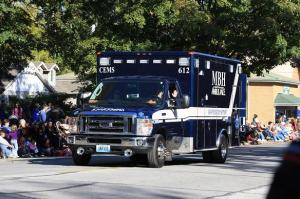 I was laughing so hard here.  They got up to 3 people tagging along. 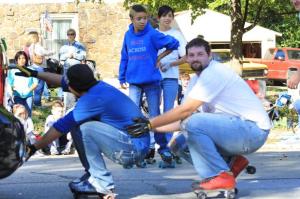 Yeah this says it all!  It’s actually a pulling tractor. 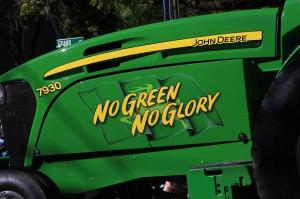 And the rock climbers. Eventually one of them accidentally popped their front tire and had to limp the rest of the way through the parade. 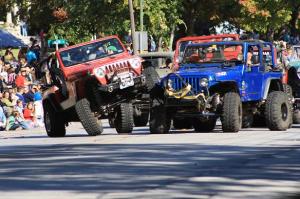 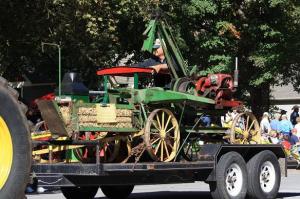 I just thought that was too perfect! 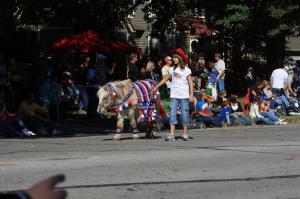 look at the size of that saddle horn!!! 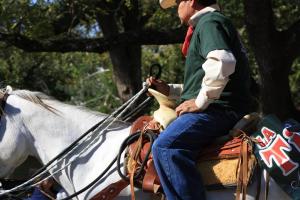