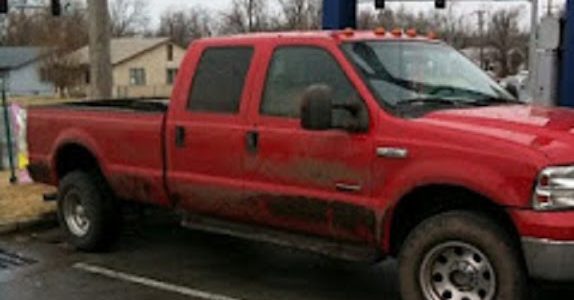 Yesterday Prince Charming got up and made me breakfast (yum! It was hashbrowns with sausage & cheese!!) and then we got dressed and went to Church. His dad is finally out of the hospital so we went to his church. We offered to take him and bring him home but he had a ride there just needed a ride home. He got to ride in the muddy truck. I promise Prince Charming didn’t go mudding but it sure looks like he did! After we dropped his dad off, Prince Charming ran me to Walmart so I could pick up my photos I placed in 1 hour and while I was getting them, he went and washed the truck. Now the beast is red again 🙂 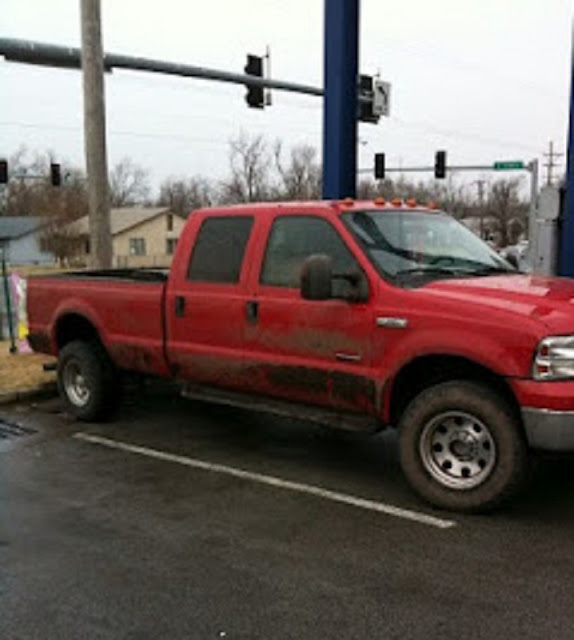 So after we picked up my pictures then we came home to help my dad move my sheep around. I had baby lambs (twin-ewe & ram) born last week and it was time to get them out of the barn and outside, plus clean up their pen for the next round. I have the potential of 20 ewe’s lambing. So far I’ve had 2 (one had the twins we moved and I lost a ewe and her twins…) I have a small shed we’d made one time that was actually out in one of the horse pens (too short for them to use) so we moved it up into the yard in front of the barn and used some panels to create a fence around them. Now they have shelter and running room :). 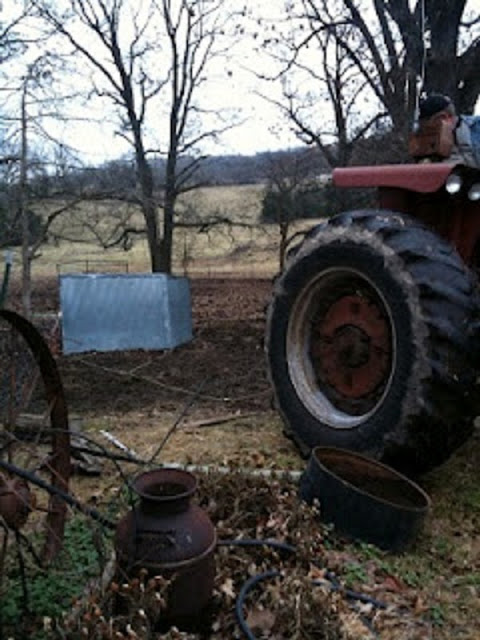 Moving the shed with the chains Prince Charming hooked on it 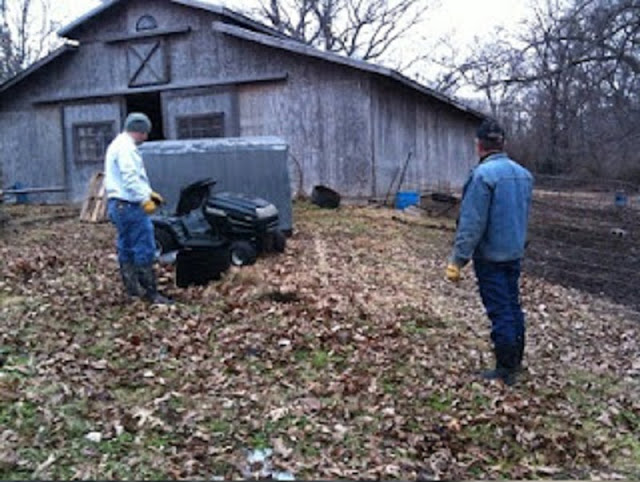 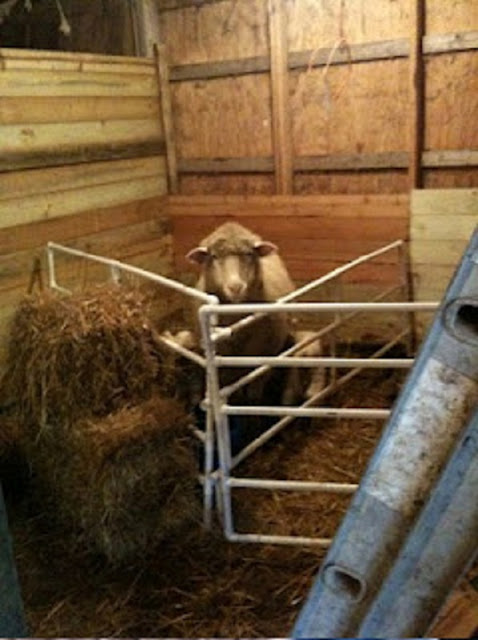 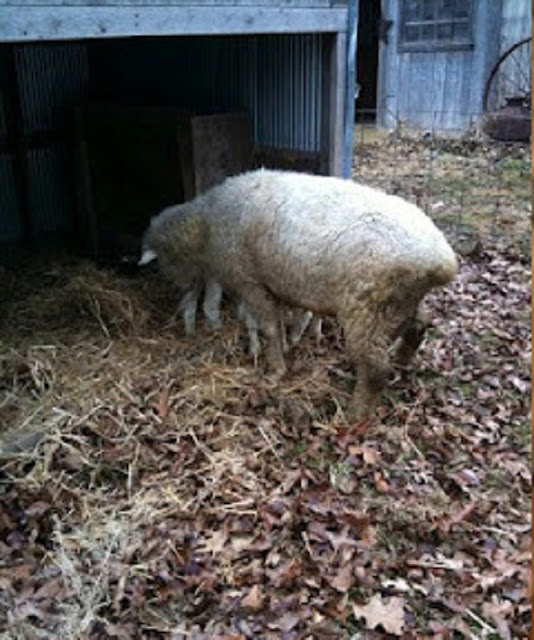 You know it’s muddy when you see dog prints inside car tracks. Dogs don’t weigh that much. Prince Charming had the smart idea to hook on to the shed with chains and bring it to the tractor to keep from rutting up the yard too much. But like I said, it’s bad when my car and the dogs are leaving mud prints. 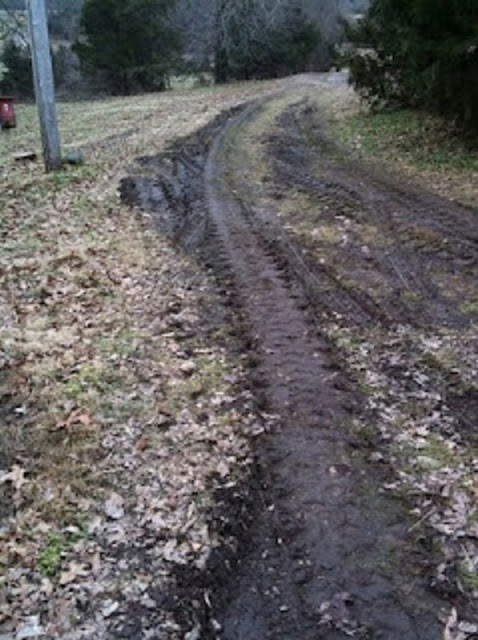 Saturday we also cleaned out the cabinets and started a compost pile of old food. Thought we could add some dirt into it and make some real fertile soil for the garden we are going to attempt this summer. We’ll see how this experiment goes :). So Sunday we washed canning jars and took them back to my grandma. For Christmas, my grandpa got a Jassonkey (a donkey) and I finally got to see him. I hadn’t seen him yet. I guess he can jump across my grandparent’s cattle guard and goes up and starts pawing the deck in the middle of the night. 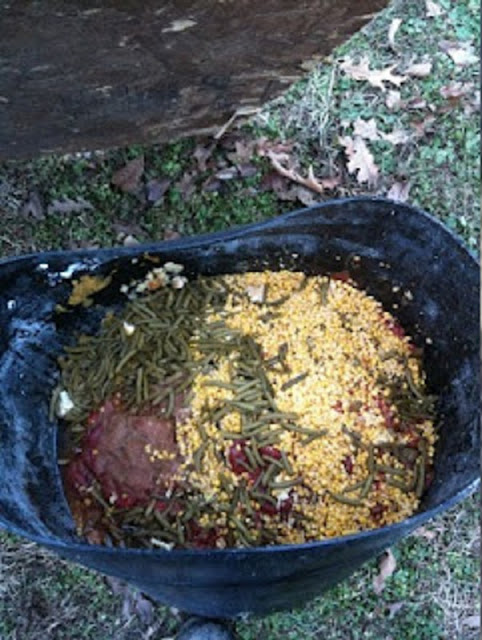 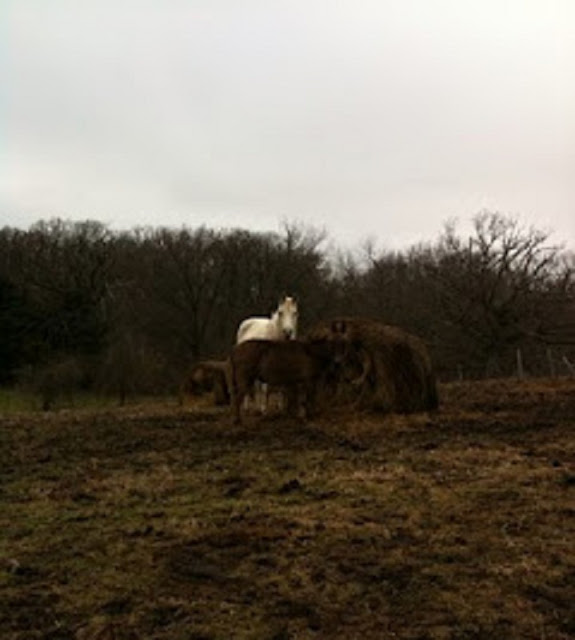 Other projects for the day included feeding hay to the expecting ewes and baking. When we took the jars to my grandma she sent me home with a pan of homemade rolls (all started b/c Prince Charming loves her homemade strawberry preserves which she gave him and said he needed something to eat them with), a pan of homemade cinnamon rolls… all we had to do was bake them, then I made a “Is it Really Better than Sex cake” by Paula Deen. 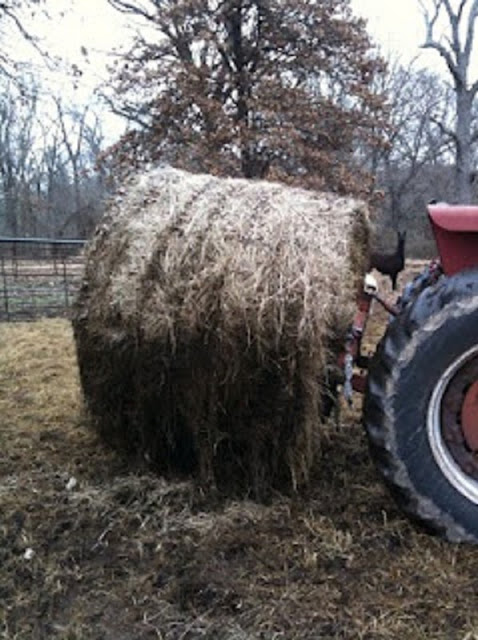 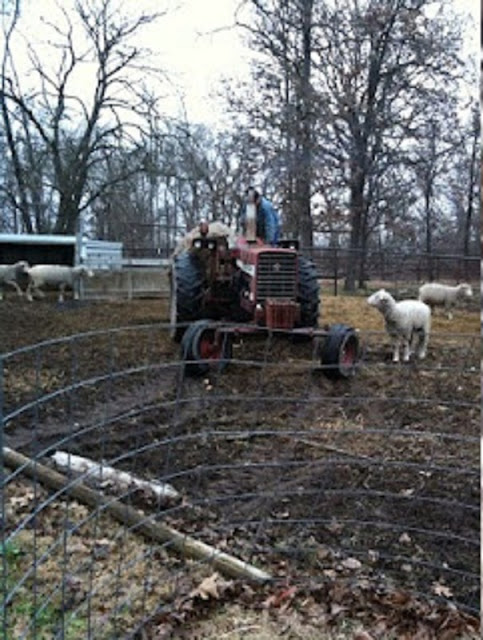 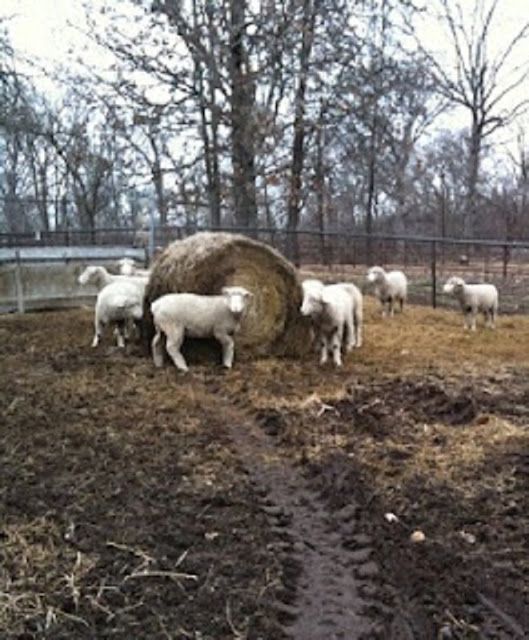 I think they look happy 🙂

Here are 3 other random photos. I guess for using my iPhone for all these photos, they didn’t turn out half bad. 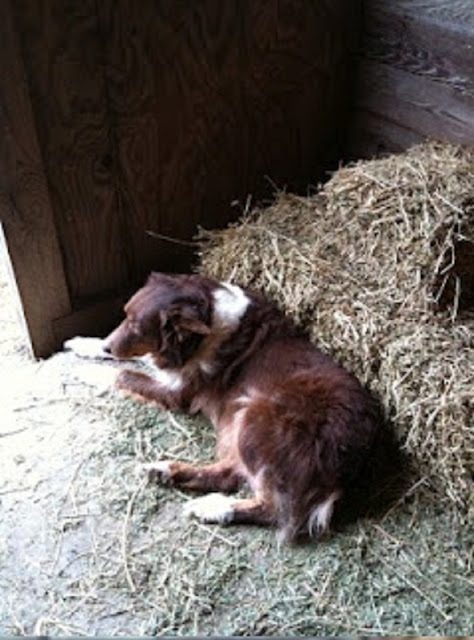 Red was watching all the excitement from the comfort of the barn. 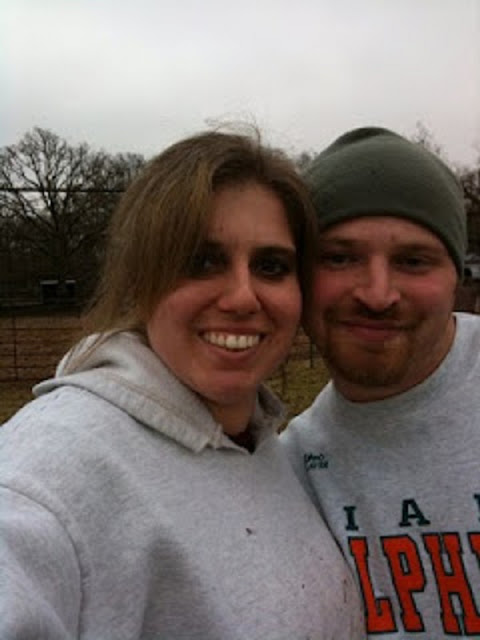 On our way to get a cattle panel from the field 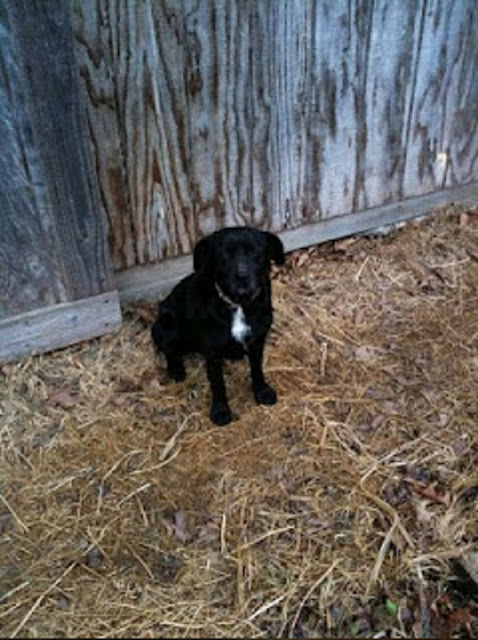