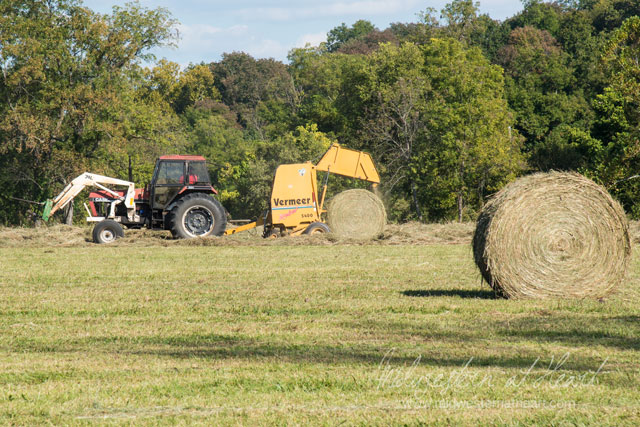 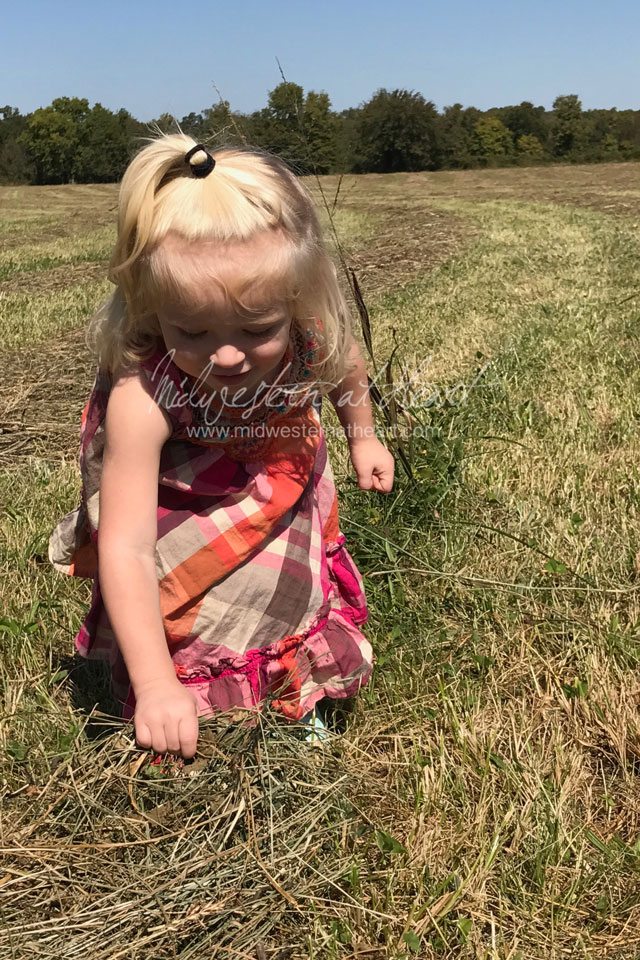 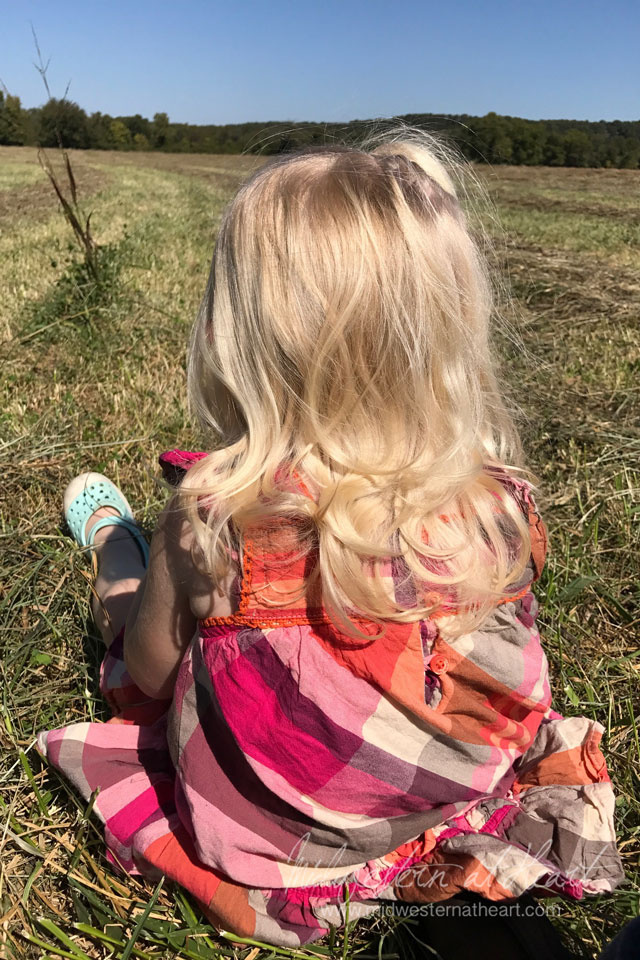 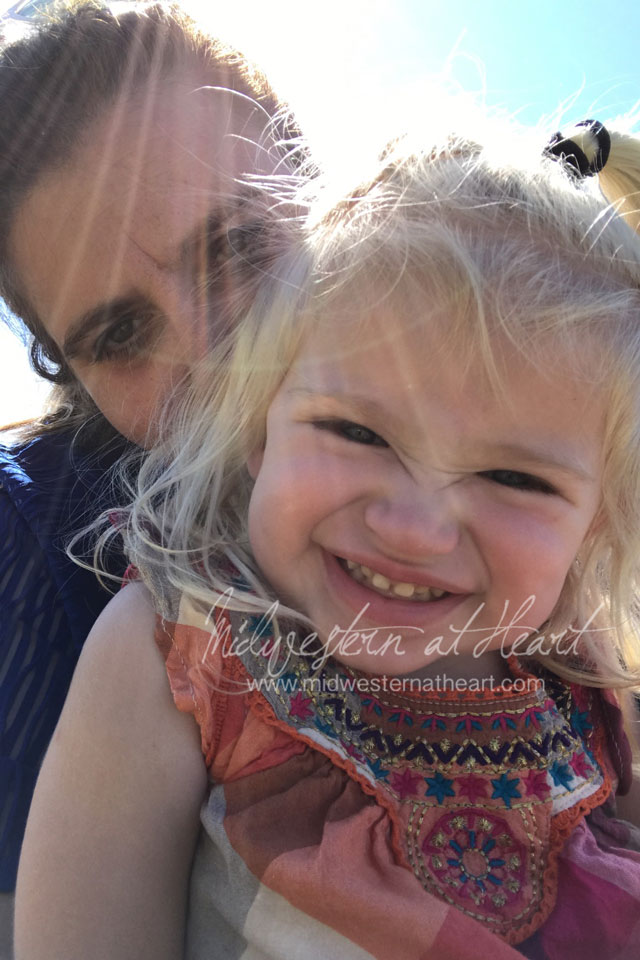 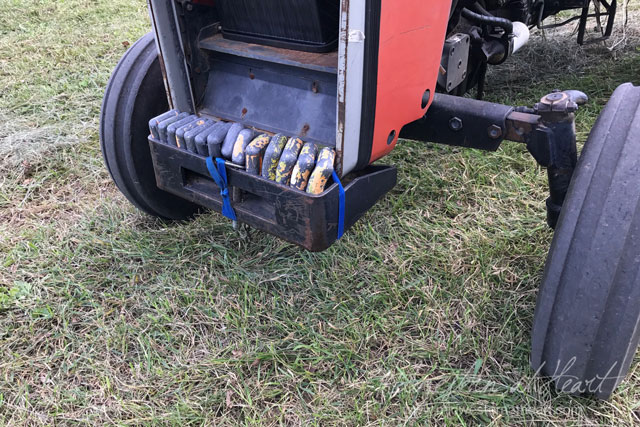 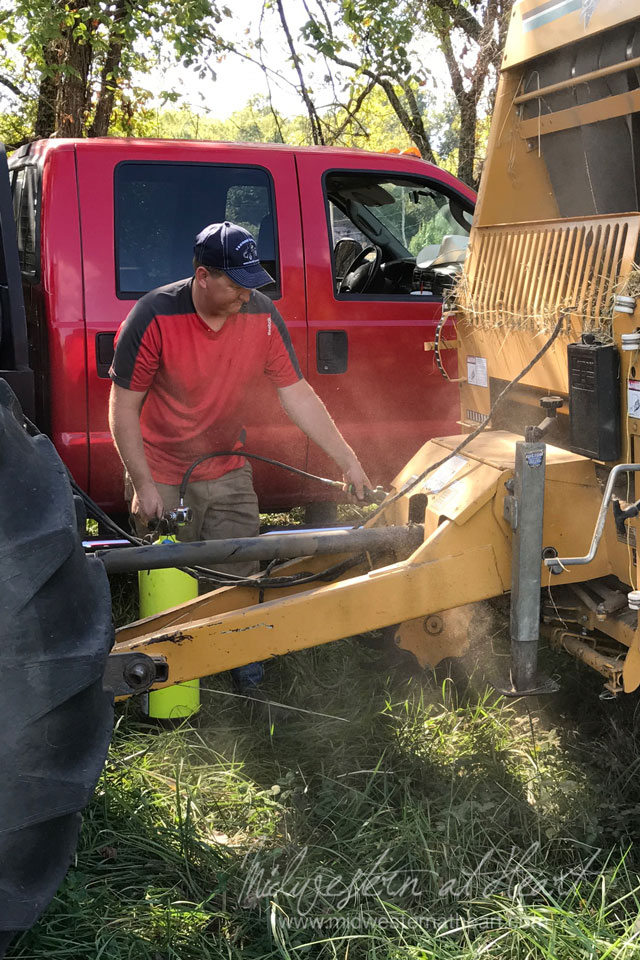 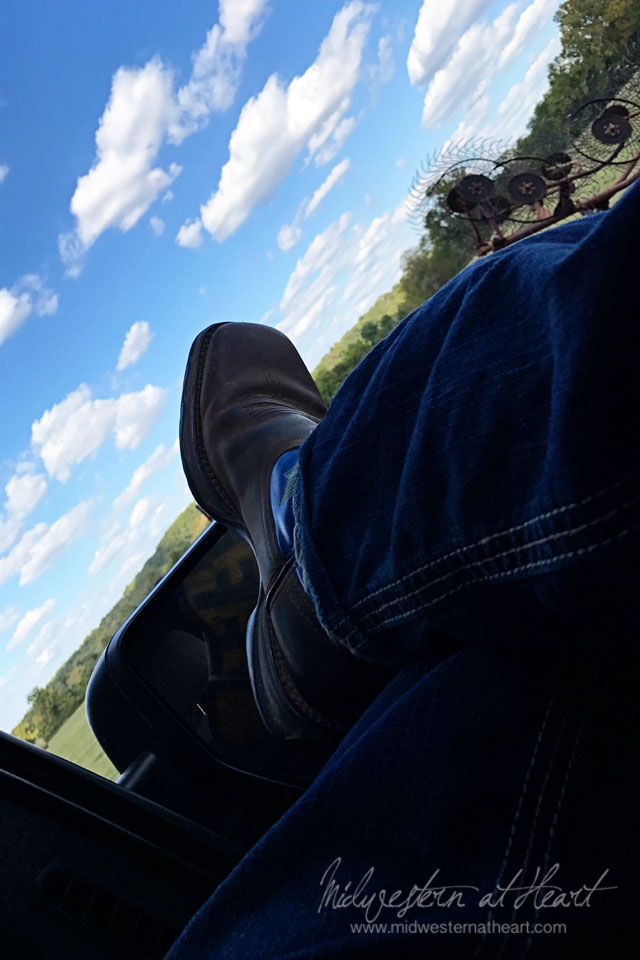 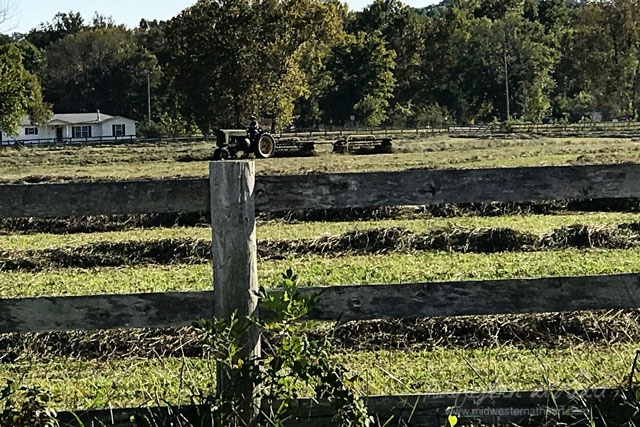 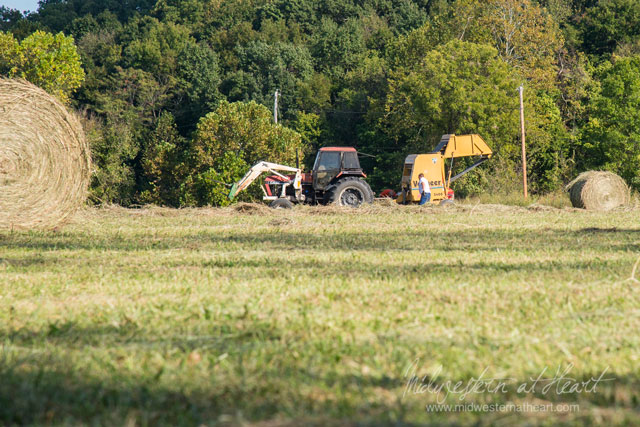 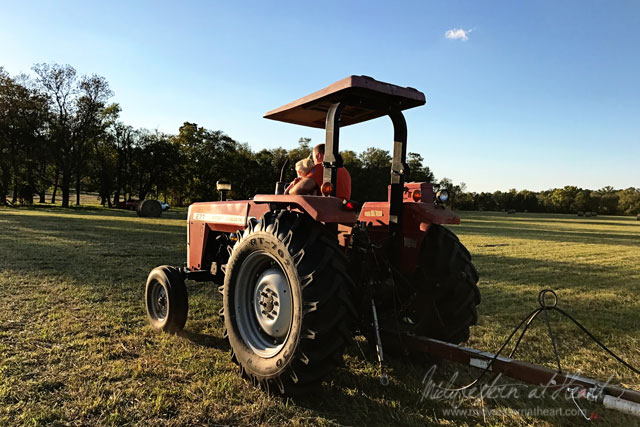 We woke up at 7am and got ready to head off to church. After church we went for breakfast with Dan and Danielle and then headed to Sam’s to get a pumpkin. While at Sam’s, Jared called and was out in the hayfield and having trouble. We kind of knew where the field was he was in so we headed off hoping he’d call us back and tell us exactly where he was.

When we got there, hubby asked if he could help. Jared said just help him hook up tractors to equipment, but we weren’t about to leave him by himself, so hubby jumped on one tractor to rake while Jared jumped on the other to bale. Abug and I just hung out and entertained ourselves in the field.

Eventually we went off to grab lunch for the guys (and us :)) and back to the hayfield we went. I got asked if I was bored. What people don’t understand is I grew up in a hayfield, sitting in it for hours. You learn. Abug and I got out her blanket and watched the clouds, I took pictures, she picked flowers, she covered me in hay, throwing it down my shirt too (itchy!!), and eventually she got a tractor ride.

To say I grew up in a hayfield, sitting… it’s truth. I remember an instance when I was 16. My cousin first off never called me to do anything, but she called me one day and asked what I was doing. I told her I was sitting in the hayfield. I literally was sitting in the field, outside my truck, on the ground. I had brought the flatbed trailer over to the hayfield and was waiting to load it. She wanted me to ditch my parents and go shopping with her. Shopping wasn’t really my thing and my parents only had me (other than themselves) so I never ditched them.

I’ve hauled a lot of bales of hay. I learned to drive at 4 years old in a hayfield. I think I only ran over a couple bales of hay :). At that time I couldn’t see over the steering wheel so I sat on my dad’s hard hat. When they’d yell whoa I’d slide off the hard hat, off the seat, and on to the break which would kill the truck because it was a standard. Then dad would start it back up and away we’d go.

So yesterday, was I bored. Nope, not really. By the end of the day I was itchy because of all the hay Abug threw down my clothes so I was tired and wanted a shower, but bored, nope. And Jared got 3 of the 4 hayfields baled or whatever. I know there is one left, I just am not sure how many hayfields there were to begin with.