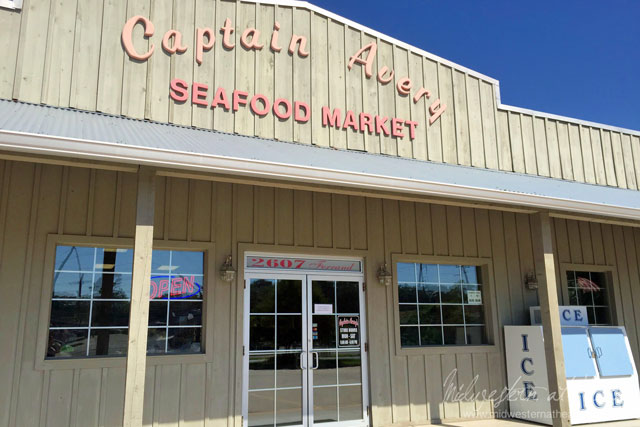 Earlier in the week while we were at the Children’s Museum, we asked where a good place would be to get shrimp and/or crayfish. Apparently Crayfish were out of season by a couple weeks, but the gal told us to go to Captain Avery’s Seafood Market (2607 Ferrand St. Monroe, LA). So we went that day to check things out and said we’d be back on Thursday (our last day) to pick up stuff. Now I’m not huge on seafood but they had a great selection. So glad we went there to get the seafood for hubby and Jared. 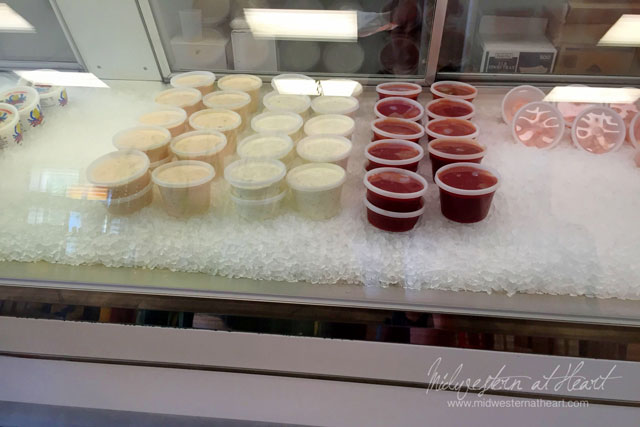 Shrimp and fish selections. We wound up with 3lb Jumbo shrimp and 1lb Large shrimp if I remember right. 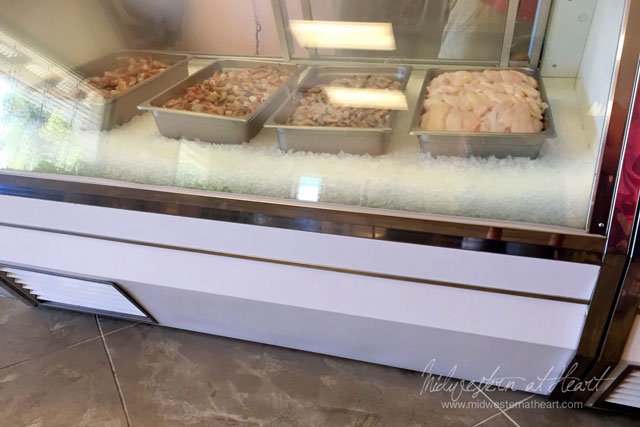 This place had pretty much everything you’d need for a good Fish Fry! 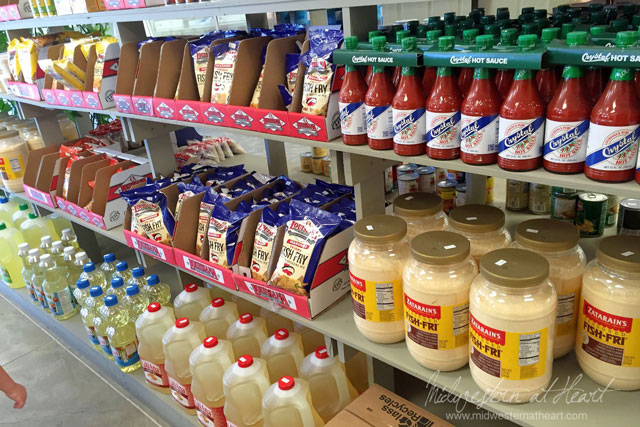 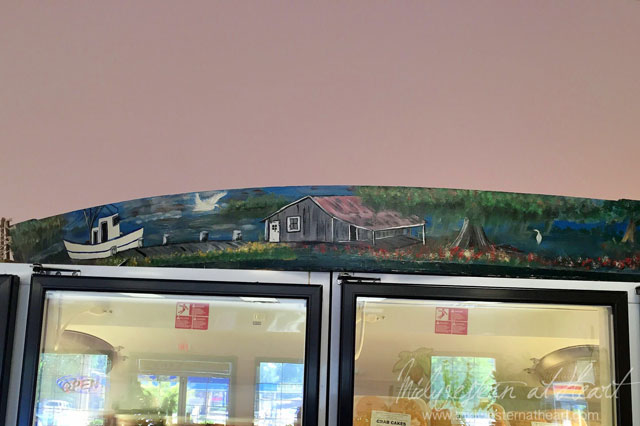 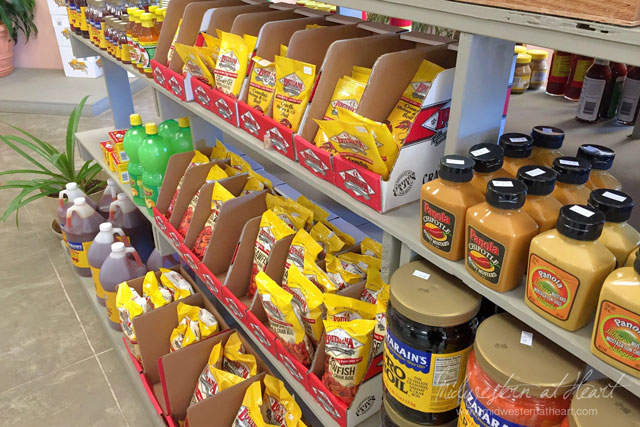 I had never heard of Pecan Oil. From what I saw, you can use it for anything you use Extra Virgin Olive Oil or Vegetable oil for… the thing about those 2 is they are used for different things… so I really wanted to research it a little more, but I haven’t. I almost bought some, but again, I didn’t. 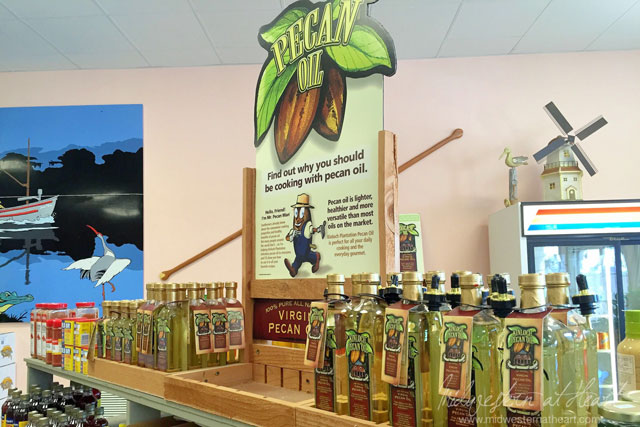 And while that doesn’t look like much, those coolers are packed full! 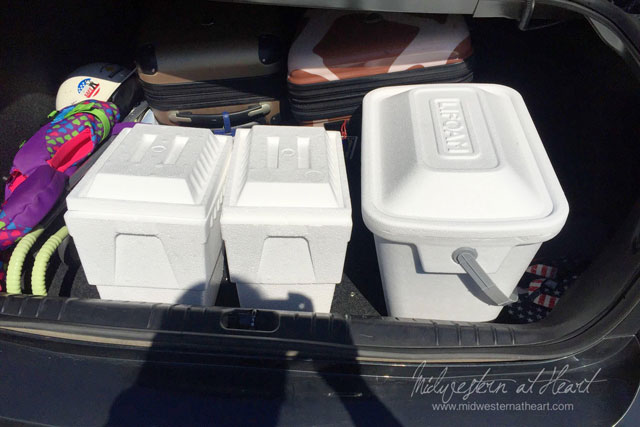 That morning before we went to Captain Avery’s we went to Haskell’s Donuts again to get some donuts for Abug as well as some to bring home for hubby to try. We asked the lady there for a restaurant suggestion for lunch on our way out of town. She said Riverside Coney Island (710 Walnut St., Monroe, LA) so we looked it up, waited for dad to get done with work, and away we went.

It was funny because we plugged the directions in to our GPS and it took us around the block and said it was on our left. We scoffed, but sure enough, there it was. We had to go around the block because that intersection you couldn’t turn left. We were all so taken back by the old car and tractor in front of the building, we never realized that was the restaurant. 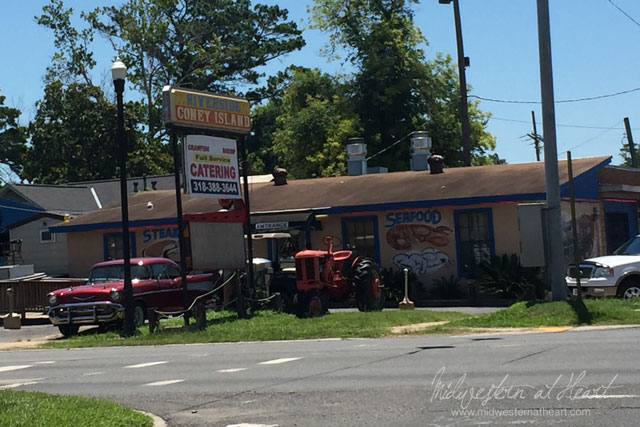 This was actually the only place I saw that offered crawfish on the menu. Funny story, while we were inside, the phone rang. Our waitress answered, told the people they didn’t have any and they should any day so try back tomorrow, then slammed the phone down and said, woops, I hope I didn’t break it. I guess it sounded like she’d gotten that phone call a lot within the last few days. 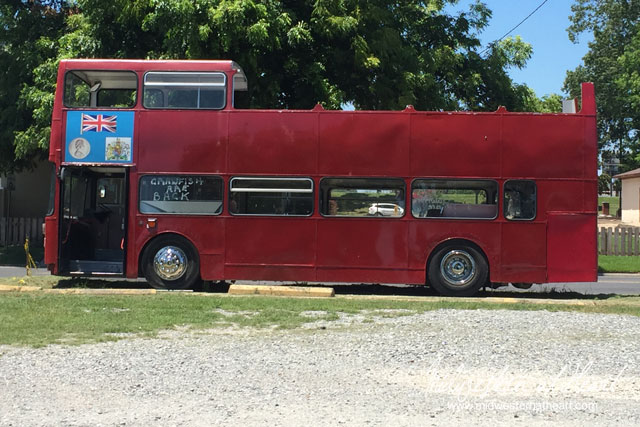 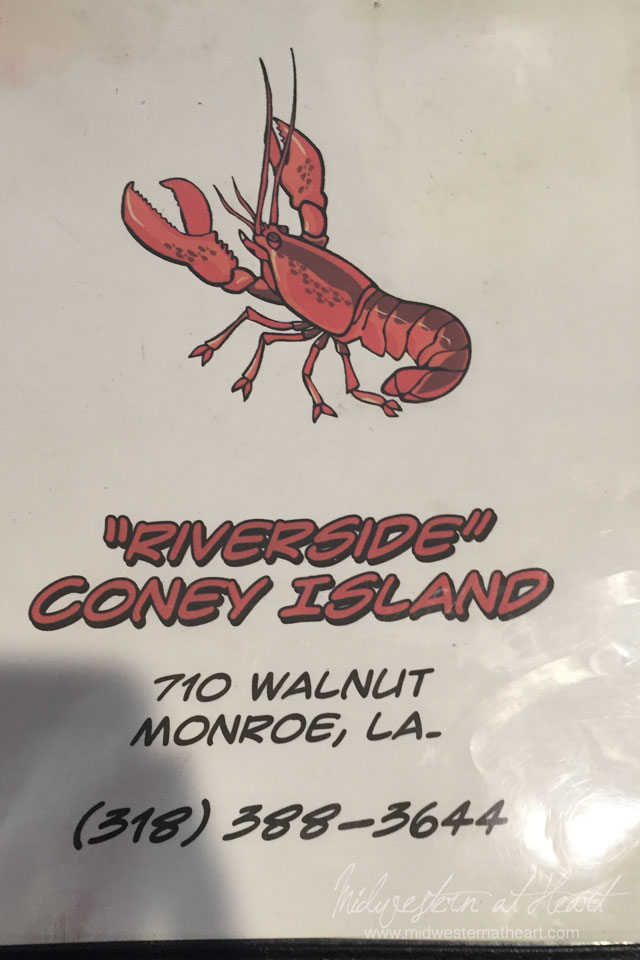 Initially we ordered Stuffed Jalapeño Peppers (stuffed with chicken and cheese wrapped in bacon) but they were out so we decided to go with the Beer-Battered Texas Twisted Taters. YUM! Holy yum. Like Really yum! Just saying. So they were battered potatoes, fried, then covered in cheese, bacon, and jalapeños. 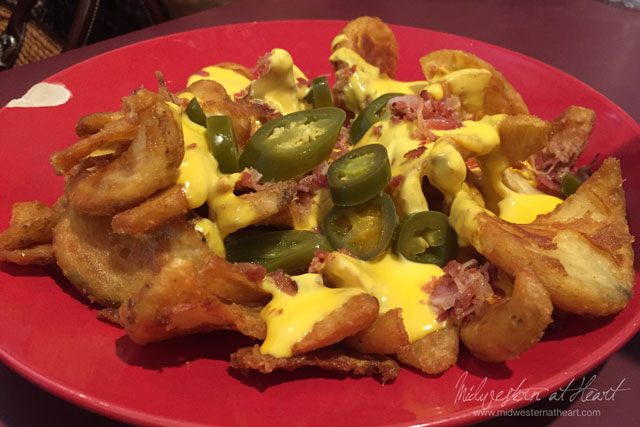 This is the Over Easy Bacon Cheese Burger. It is a 1/3 pound patty with cheese, bacon, and a fried egg. 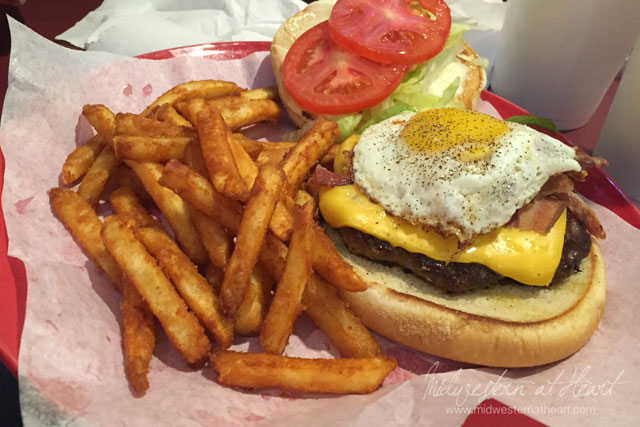 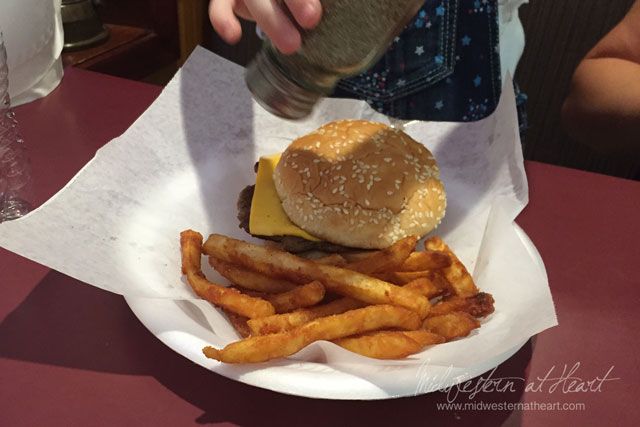 This was the Muffaletta. Oh holy YUM! And brown gravy or as Hubby said from this picture, Debris gravy? OMG, just thinking about this makes me want another one. So you know that Louisiana is Cajun country but it also has a lot of French influence because it was owned by France once upon a time. Well I would say this is more based off Italian influences but it had Mortadella, Salami, Mozzarella, Ham, Provolone, Olive Salad… you name it. Oh yum! Yum Yum Yum! Holy Cow Yum! And just in case you didn’t know a Muffaletta is actually a tradition in the south along with Po’Boy’s. Well South as in Louisiana and it started out in New Orleans so yeah, there is that. Oh and you ask about that gravy? Excellent. Good on the Muffaletta and the fries… just saying. Can you tell I liked my sandwich, just a little? 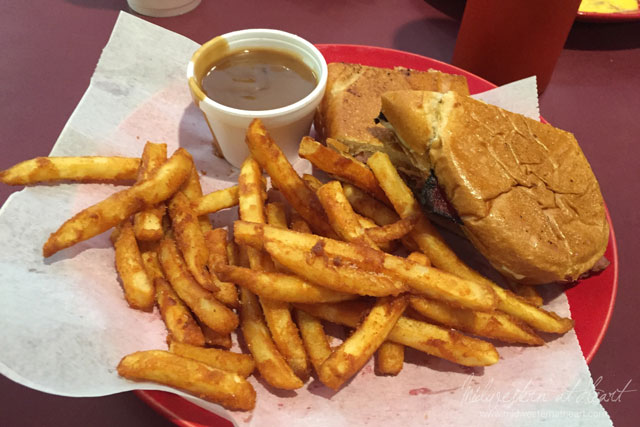 After we were all fat and happy, or something like that, it was time to get in the car and head for home. Like my chauffeur? On our drive home, she got an ink pen, I fell asleep (I wasn’t driving!) and she drew all over her new shoes she had gotten the day before. Fabulous. Hey at least she wasn’t mad.. ha! Silver Lining people, silver lining! 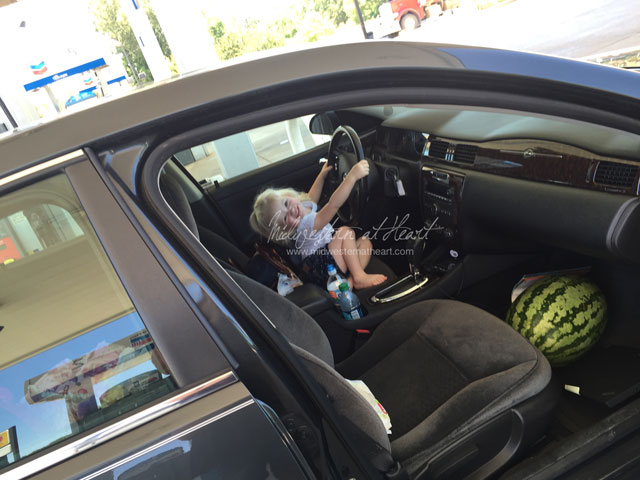 Piña Colada Cupcakes
Wordless Wednesday - 4th of July in Photos
Fake Out Lasagna
I Like Cheeseburgers!!!