Saturday was cold… Sunday was cold too, but Saturday was cold. I mentioned yesterday that it was supposed to snow on Saturday in Kansas City. It did but not like the predictions said but Maryville got it. My friends were at the Northwest Missouri game which was supposed to be played at Chiefs stadium but the game was moved north as the stadium was going to tarp the field for Sunday’s game. After the game, Dan, Carlene and Danielle met us for dinner in Raymore. 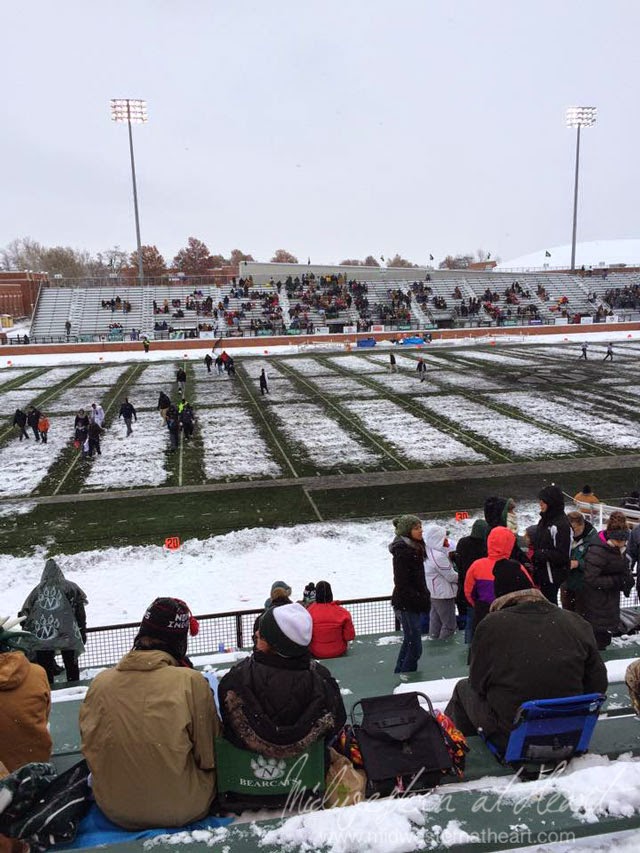 While we were waiting on them to get here, this is the snow we experienced. This is the bed of hubby’s truck. The roads were still clear though. 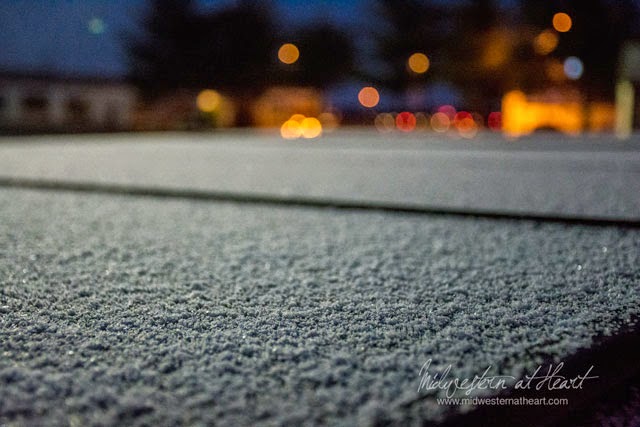 Carlene wanted Mexican food and they knew of this restaurant. She didn’t know the name (kind of like hubby finding me that restaurant out in the middle of Kansas) I googled Mexican Restaurant Raymore, MO and this is the restaurant that came up. I was right. When I was googling I asked hubby what town and he said Raymore. I said El Dorado and he was like no, Raymore. I laughed and said, duh, that’s the name of the restaurant I found. We had a good laugh about that. 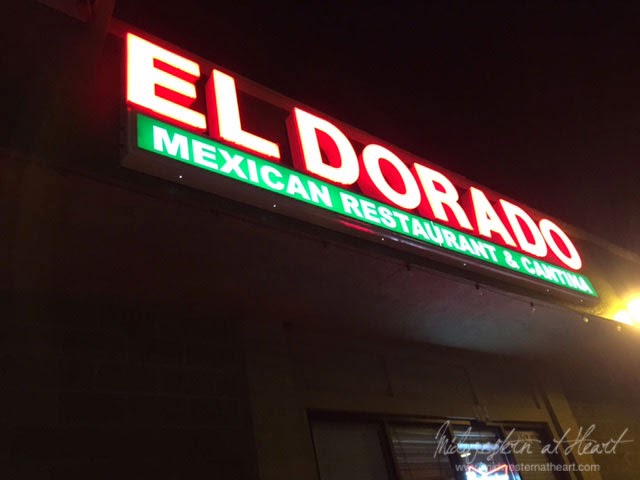 I was so entranced by the beautiful, bright colors all throughout the restaurant :). 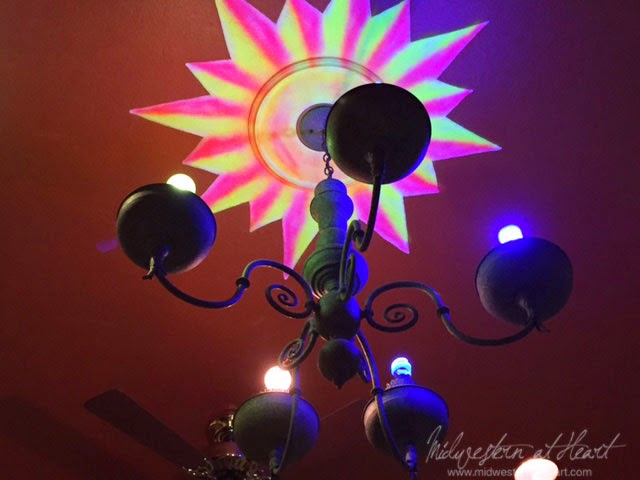 This salsa was extremely good. It was quite a bit different than most salsas but it was soooo yummy. 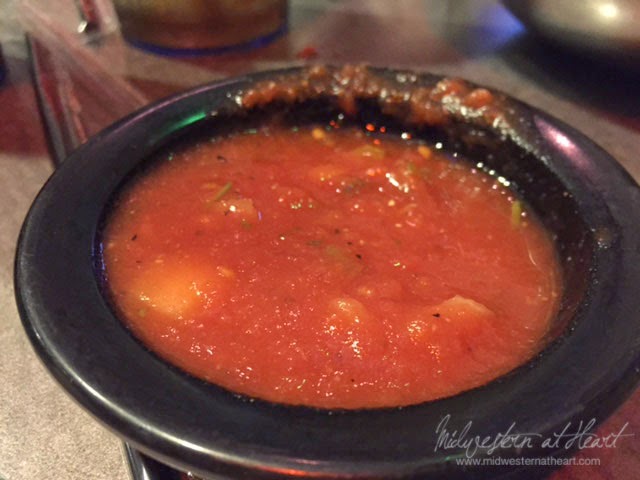 Tbug went with the Enchiladas Shrimp (2 shrimp enchiladas topped with spinach dip served with rice and black beans). Tbug wasn’t crazy about the spinach dip on top but I sure liked it. I ate it with chips. She dug the grilled shrimp out of it and liked the shrimp. 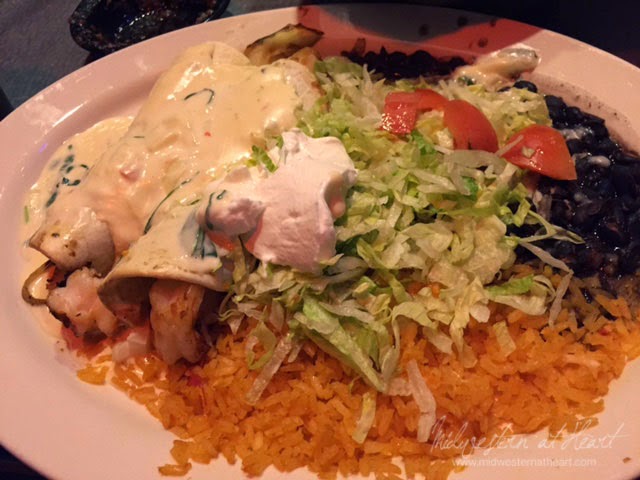 I went with the Quesadilla Sincronizada (grilled flour tortilla layered with chicken, peppers, onions and tomatoes topped with another flour tortilla, cheese and enchilada sauce). OMG this was huge. I only made it through half. It was okay, it wasn’t quite what I thought it was going to be but it was still very yummy. 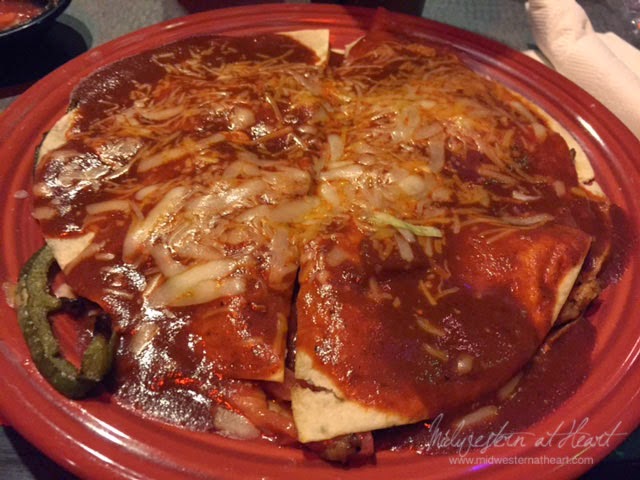 Dan went with the Pick 3. He chose a taco, an enchilada, and a quesadilla. 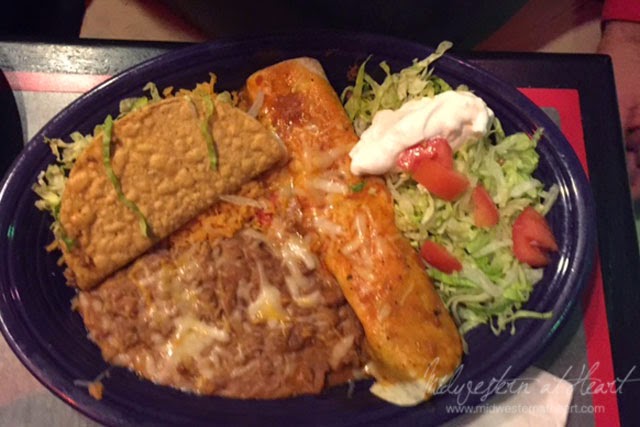 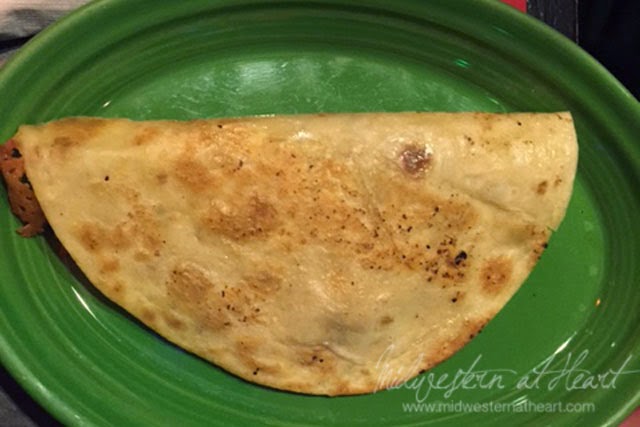 Carlene got the Camarones Asados (grilled shrimp cooked with onions and tomatoes topped with cheese sauce and served with tortillas). Carlene said this was the reason she liked to come here. Must be good, right? 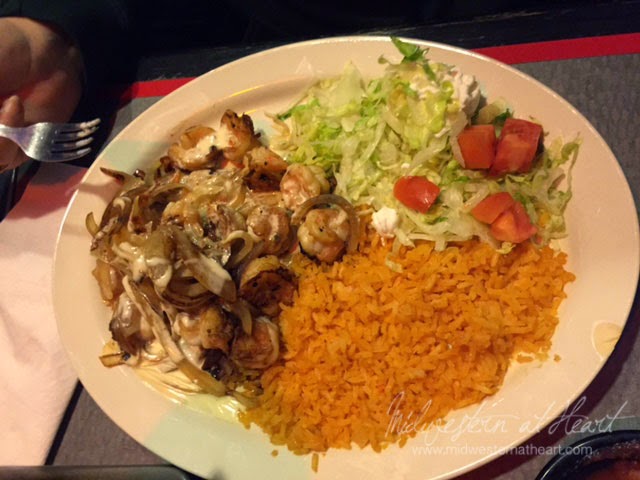 Danielle got a Chicken Chimichanga. 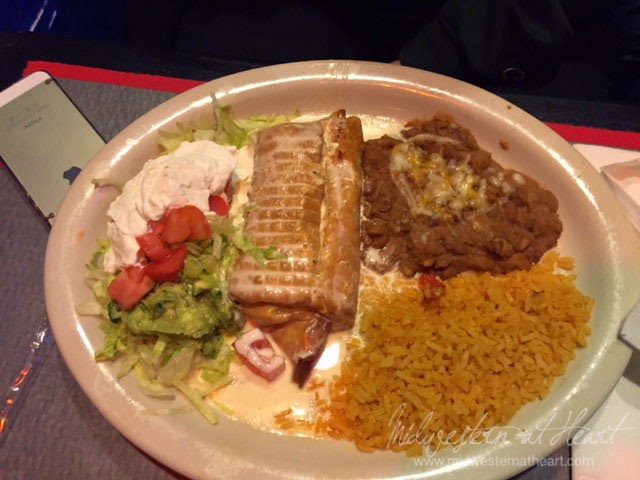 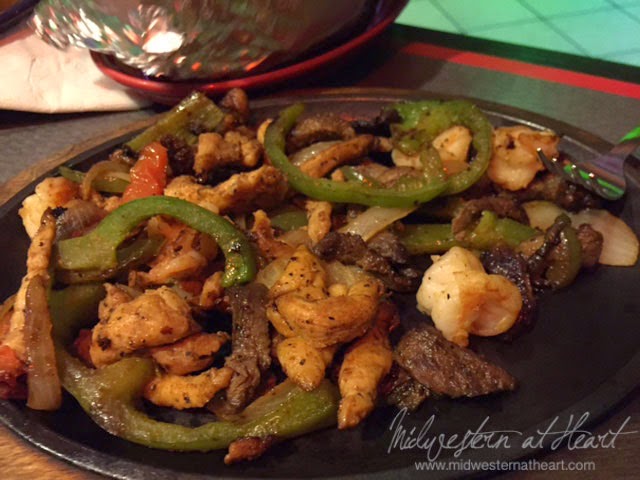 Definitely good food. The service was interesting… but the food was good, so all is good, right?

Okay so this last picture… Carlene, Tbug and I ran to Walmart while the other three went to Academy after dinner. Carlene was digging her purse out of the truck and I was standing at the back of the truck and saw this cap. Carlene said that it was there when they left Joplin and made the ride all the way to Maryville and back to Raymore. They were seeing how long it would make it. By Sunday it was frozen to the bumper… lol :). 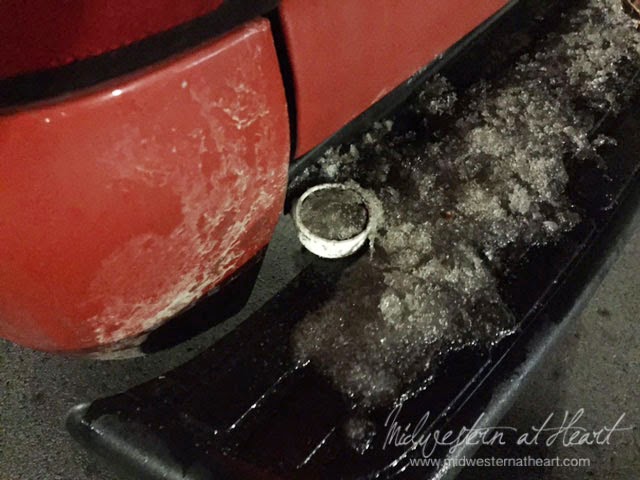 And that was our dinner at El Dorado.