Oh Ft. Worth how I miss thee!  So Wednesday December 11th, my family loaded up and headed to Ft. Worth.  I think that Bella knew that something was up because all morning long she kept staring at me and giving me the evil eye.  She stayed home while we were gone and my Mother in law came over to check up on her. 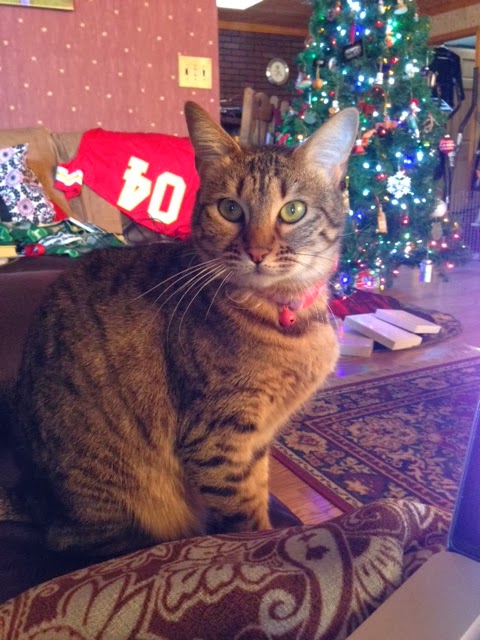 There was snow on the ground and hubby had been outside.  When he came in he didn’t want to walk on the heels of his jeans and get his socks wet so I walked in and saw this.  Cracked me up. 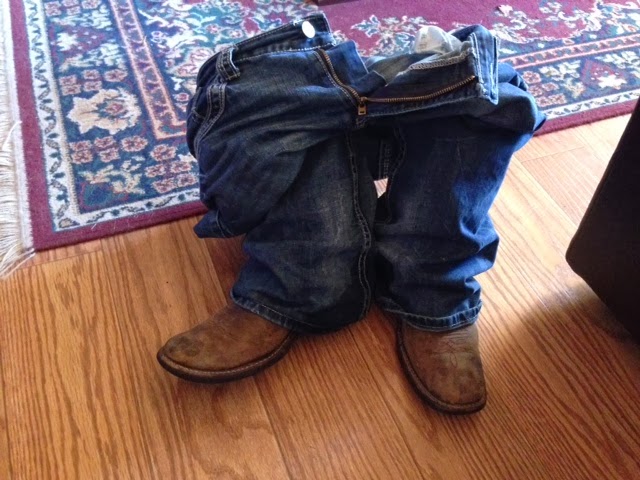 When we were getting ready to leave I asked him if he had drawn the curtains.  Now we were waiting on the UPS man to show up so when he asked for a piece of paper and pen, I thought he was going to write the UPS man a note and instead, he “drew the curtains”…. yuck yuck yuck. 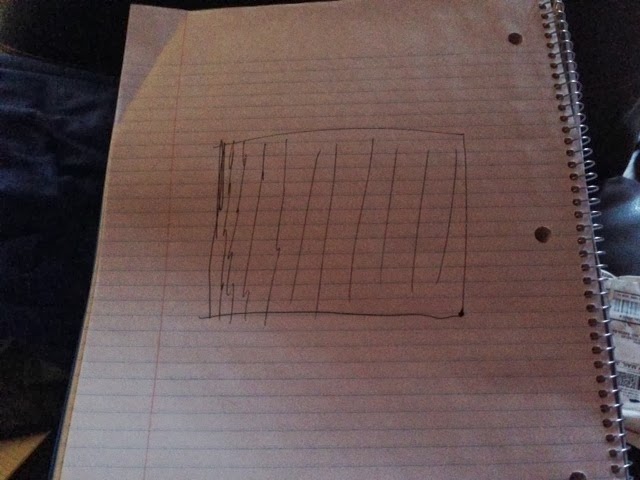 We attended a visitation before we headed out and then we finally got on the road.  What we thought would be an uneventful ride turned out to be interesting!  On I-44 between Joplin and Miami there was something laying in the road.  The vehicle in front of us threw it at us and when dad’s truck went over it a belt off of a semi jumped up and wrapped around the drive shaft of the truck.  The most horrific noise came from the drive shaft and we had to quickly get over and check things out.  Hubby spent 45 minutes under the truck and dad finally found a knife and we finally were cut free and able to head on.  We stopped at Pryor and ate at JL’s BBQ (don’t tell Tbug) and then we headed on.  We made it as far as McAlister and stayed the night. 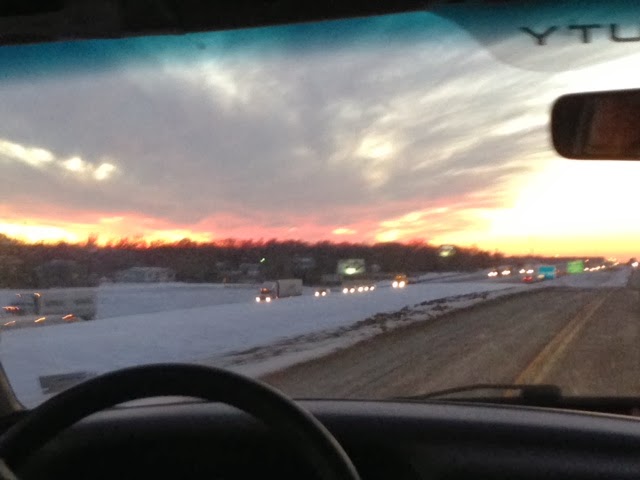 The next morning we loaded up and headed on.  One goal was to stop at Paul Taylor’s in Pilot Point which we made. 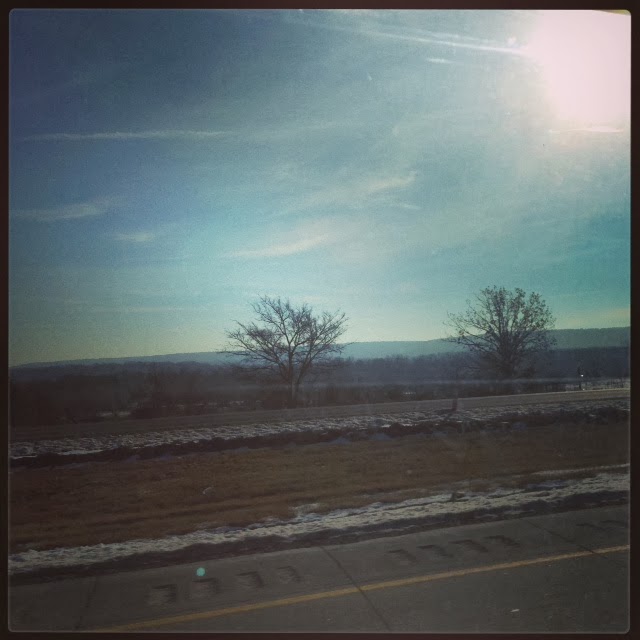 Leave it to the weirdo’s to entertain themselves with a camera.

I generally take a shot of this every time we pass it, I don’t know why, I just do. 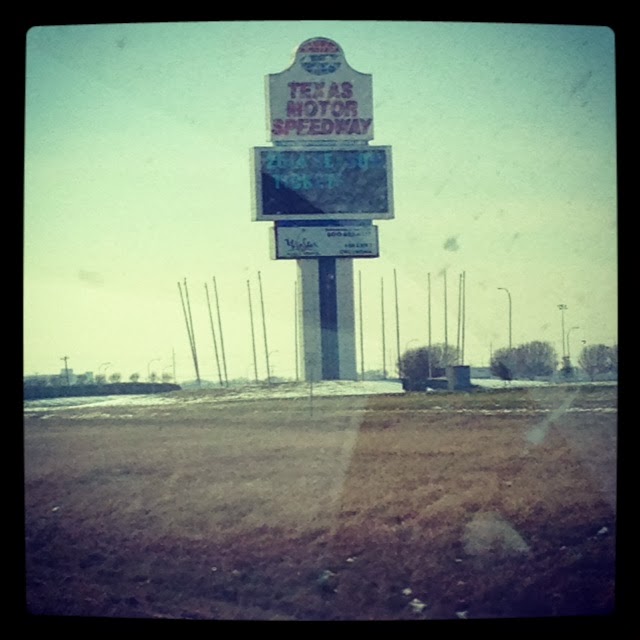 Dad suggested eating lunch at Salt Grass so I plugged it into the GPS and of course the GPS lead us to the wrong place so instead we decided to grab lunch at Hoffbrau Steakhouse instead.  OMG YUM!  We started off with
TEXAS PESOSSliced and batter jalapeño, melted jack & cheddar cheese, served with ranch dressing 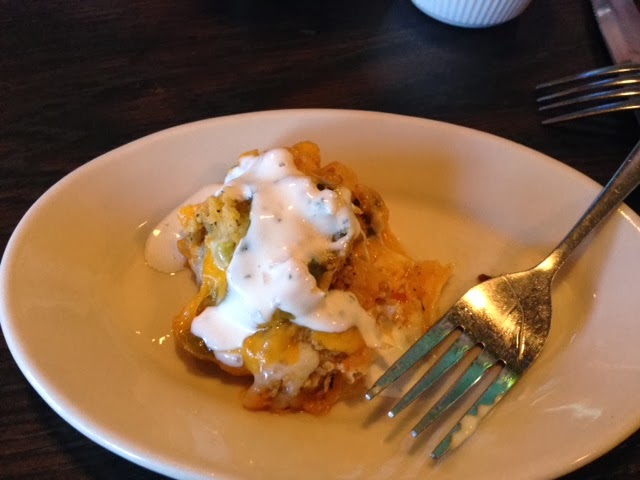 Then salads with Ranch dressing!  YUM! 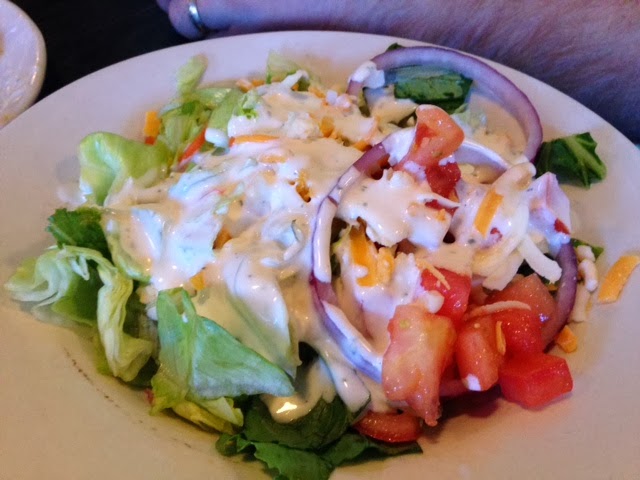 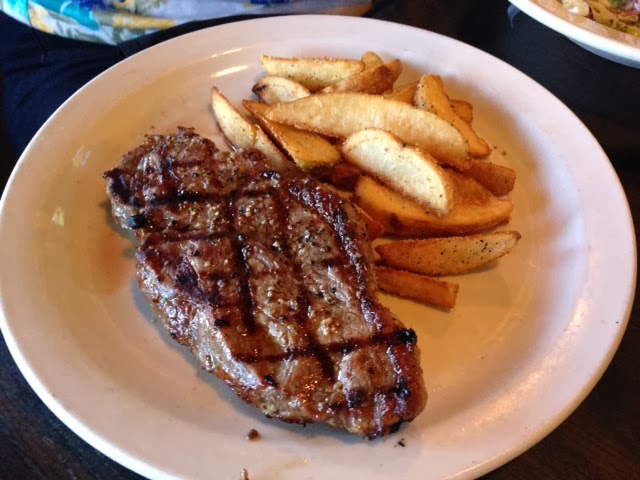 Dad went with the Chicken Fried Steak and Mashed potatoes. 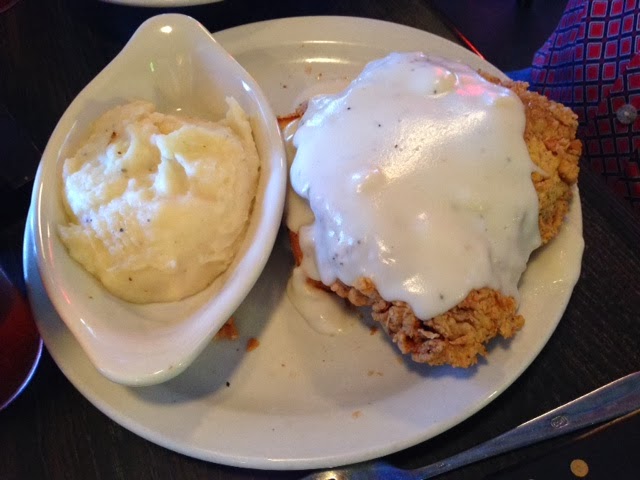 Hubby went with the special of Chopped Steak and potatoes. 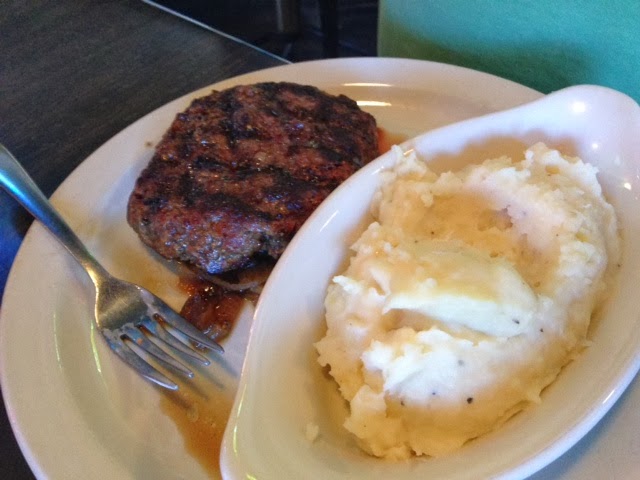 And I had BANDERA PORK CHOP. Grilled with jalapeno glaze 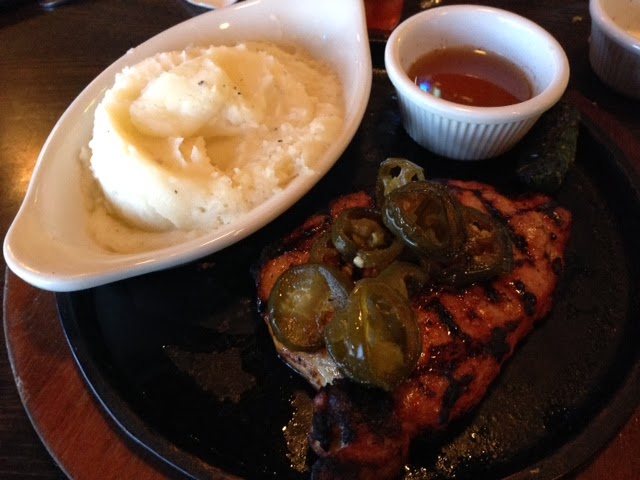 Then we had rolls that were flippin awesome! 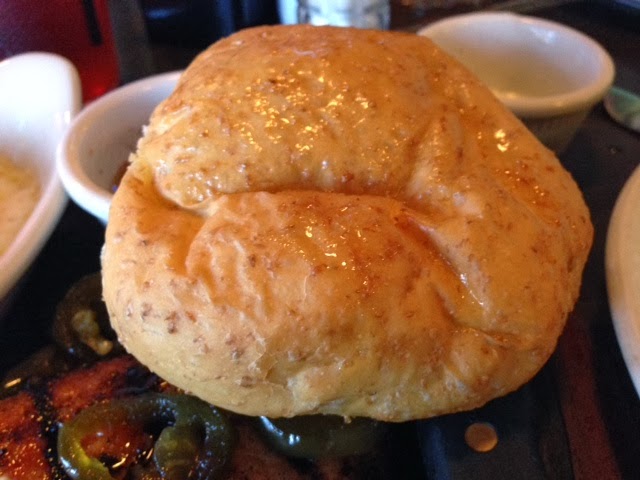 Once we got to the show at Will Rogers Coliseum I saw this sign and loved it.  I laughed soooo hard. 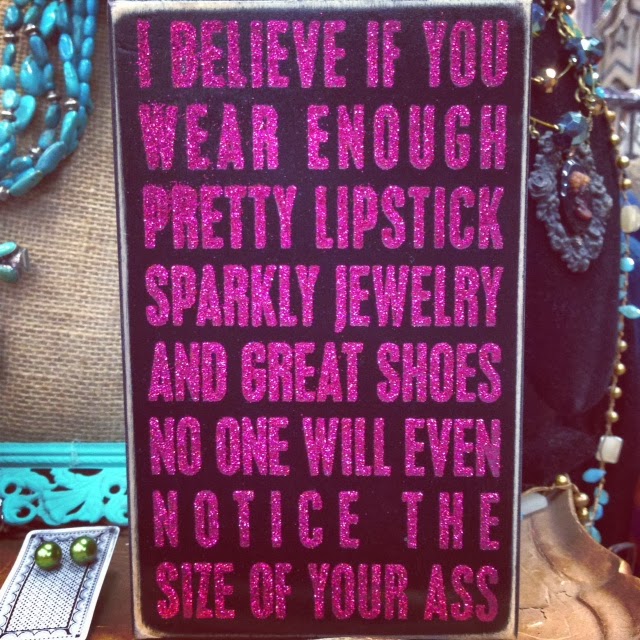 I fell in love with these little tyke spurs.  Let’s just say that Peanut got them for Christmas and not from me but from my daddy :). 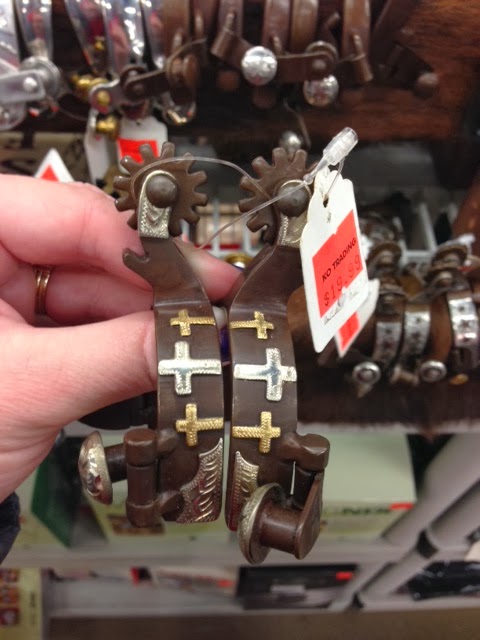 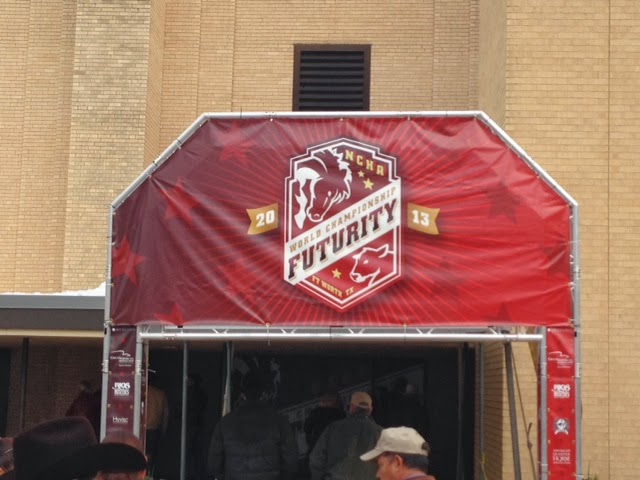 At one point hubby was driving dad’s truck and had a headache and handed me his hat and told me to hold it.  I figured my head was as good of a hat rack as any, right?  Now do you know the thing about cowboy hats?  If you wear a cowboy’s hat, you’re supposed to go home with him that night.  Good thing I was wearing hubby’s right?  lol :). 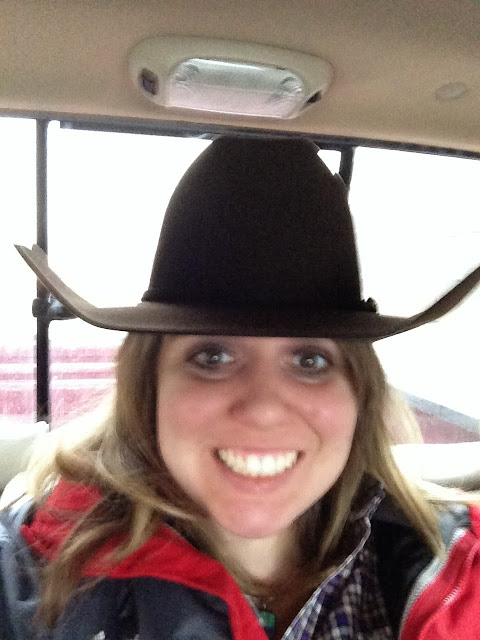 At one point I was sitting there scrolling through facebook while nothing was going on and read this post.  It cracked me up!  If only it were that easy! 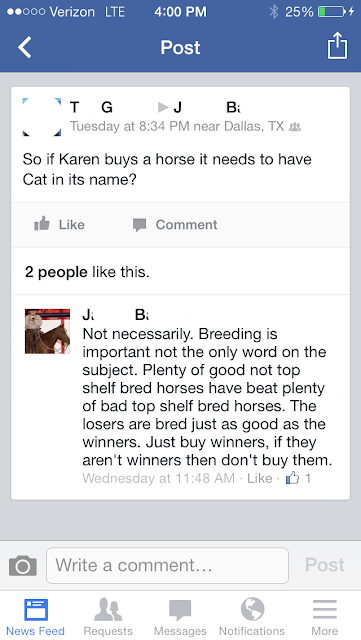 This was changing out horses from one set of cattle to the next. 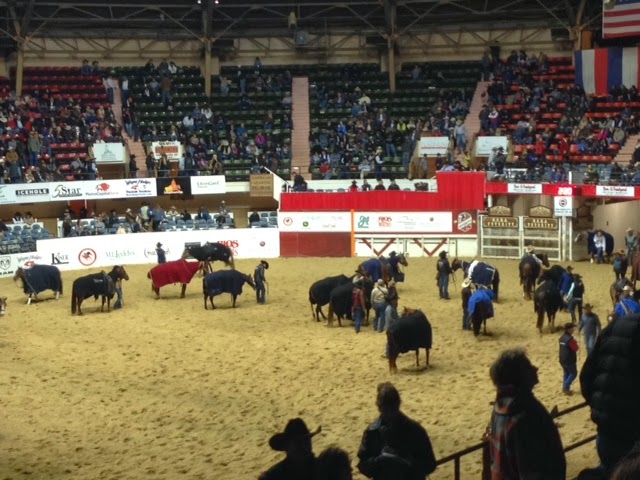 At one cattle change they presented Horse of the Year to Highbrow Cat. 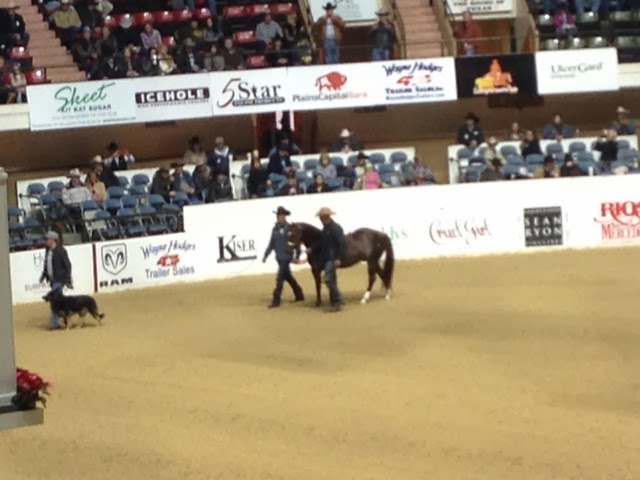 Like this tip?  It was on the hand dryer in the bathrooms 🙂 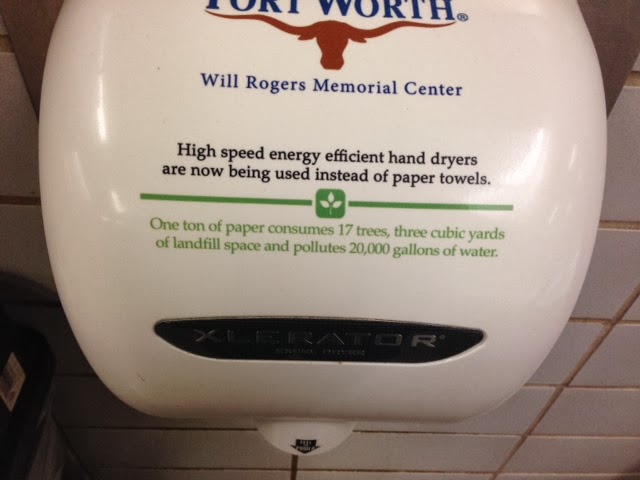 One day while we were strolling around Ft. Worth (waiting for the show to start) we headed down to the Stockyards.  I just love going to the Ft. Worth Stockyards.  Now they usually do the cattle drive a couple times per day but this day we were there they were doing all kinds of skits and even had a parade later on in the afternoon.  We were already back at Will Rogers when it was time for the parade though. 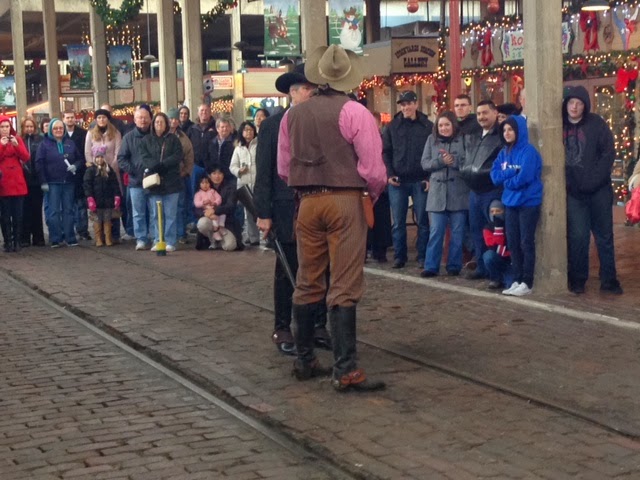 One last thing/goal when going to Ft. Worth is to get my boots shined.  Yey!!  They made them look prettier, that’s for sure! 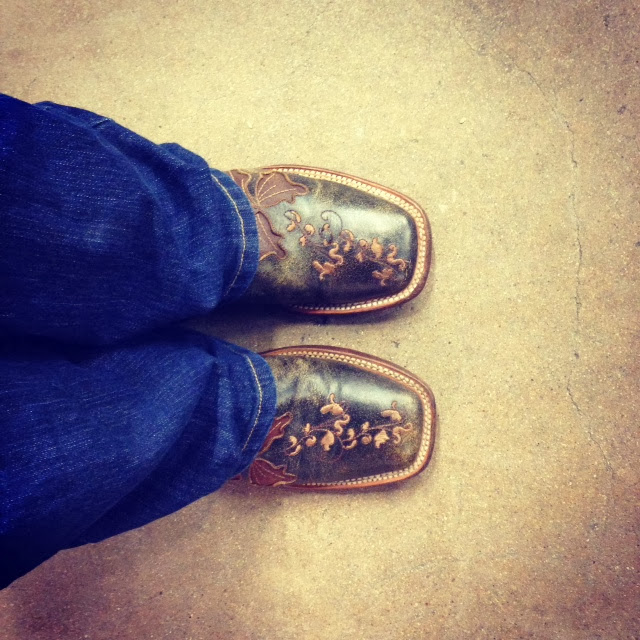 That pretty much sums up my trip to Ft. Worth.  I even took my big camera but it never came out of the bag.  I was in a weird slump after taking my finals earlier that week.  I actually stalked the classes trying to see what my grades were.  They were definitely good!