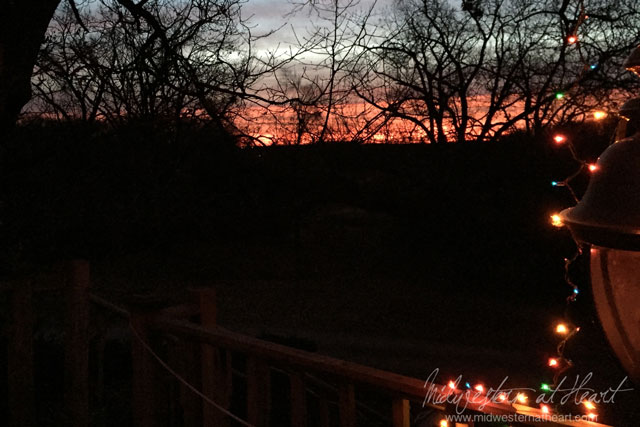 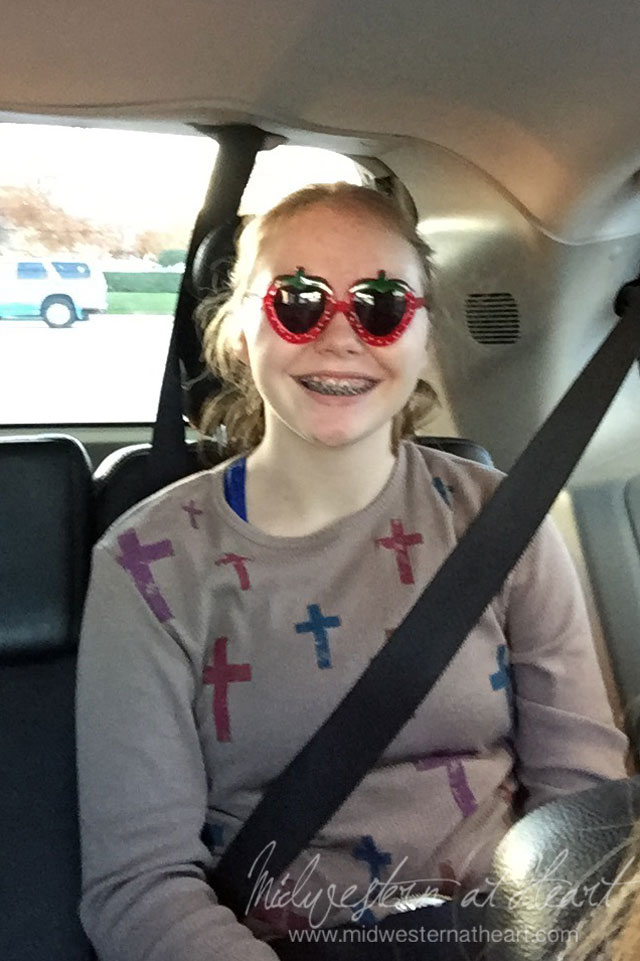 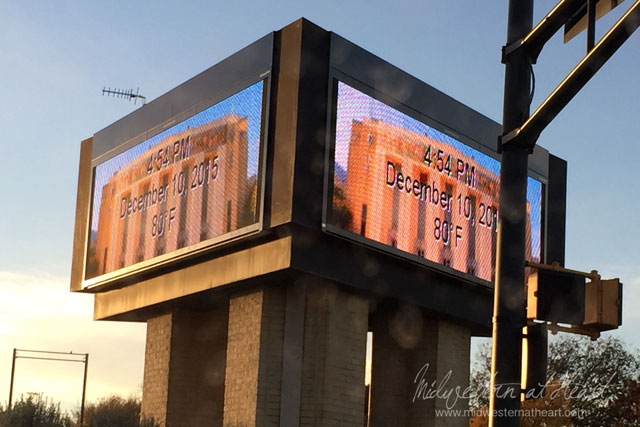 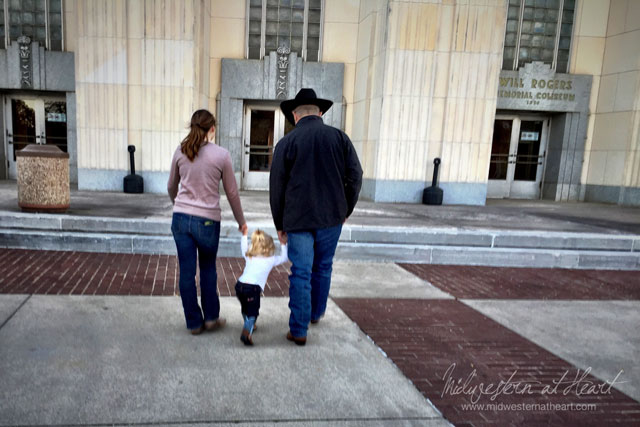 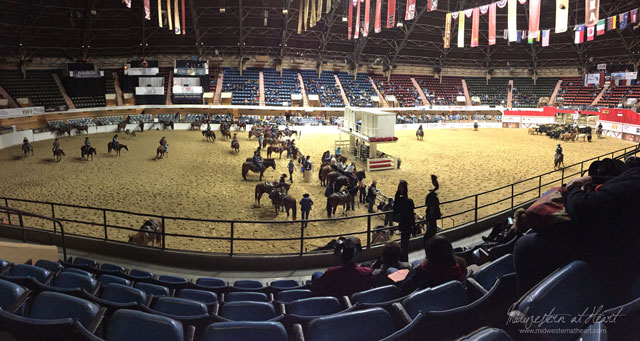 All weekend it was late nights and early mornings with few naps in between. She was still a trooper! 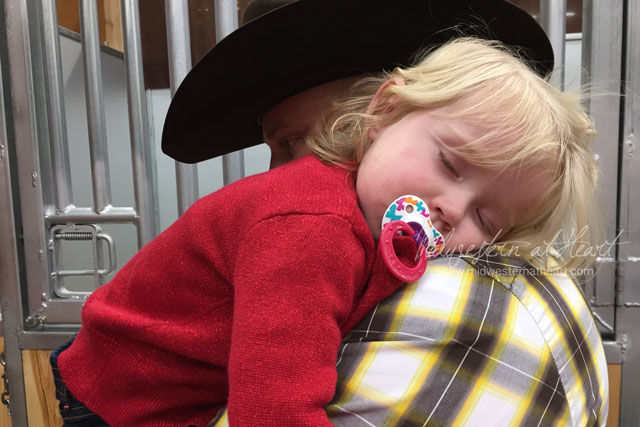 Friday we made plans to go run around the Stockyards and then meet up with my aunt and uncle at Joe T. Garcia’s for lunch. OMG! lunch was out of this world, but I only took one picture. I had a Chile Relleno, so did Tbug. Everyone else got Fajitas. One picture from lunch. AC got some pictures of our whole group, but that’s it. I took one picture. After we left Joe T. Garcias, it was time to head back to Will Rogers for the Semi-Finals of the Open. Oh, and the girls went to see Santa. Abug didn’t cry (and neither did Tbug… haha) so I call that a win in my book! 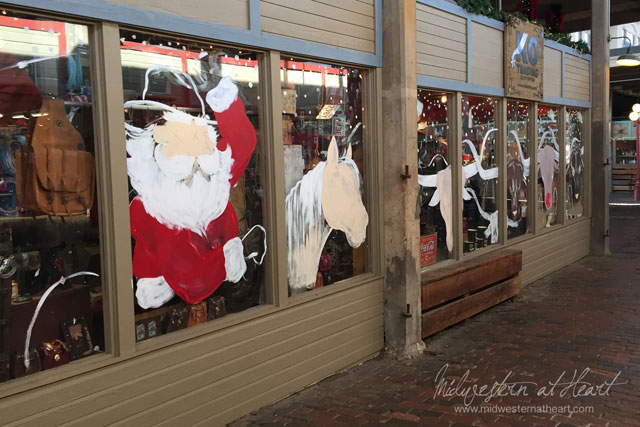 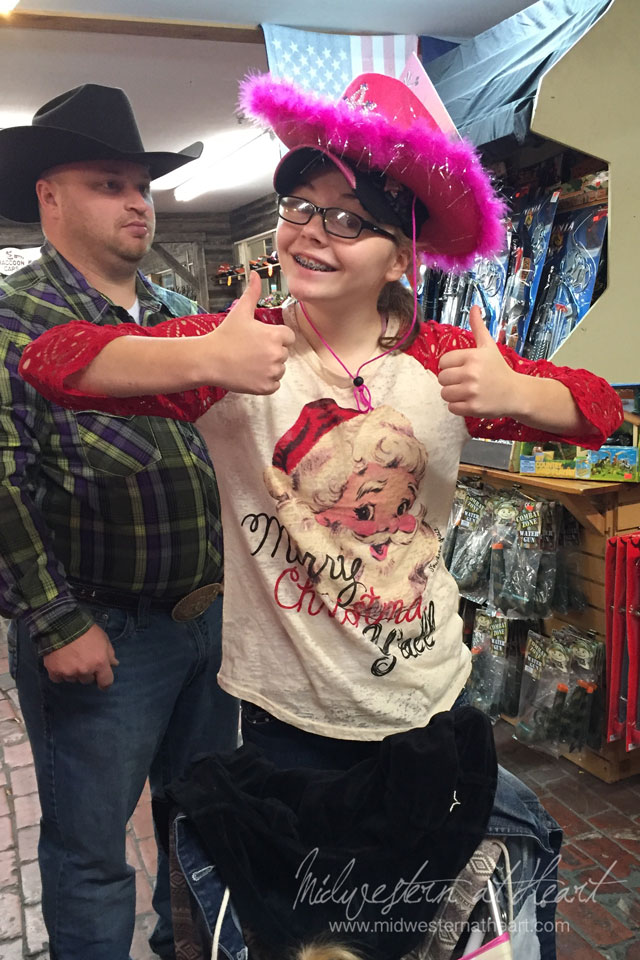 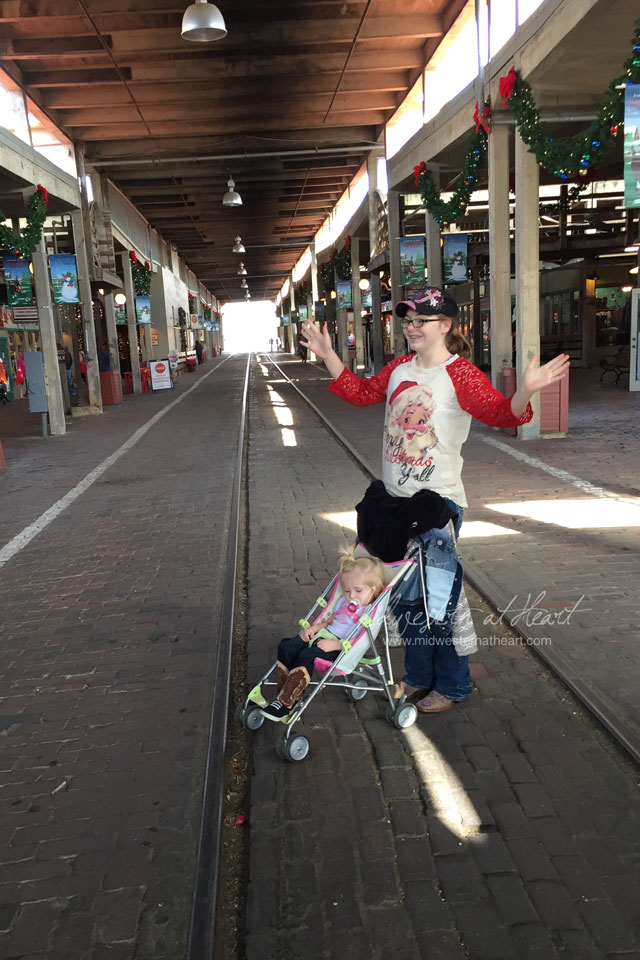 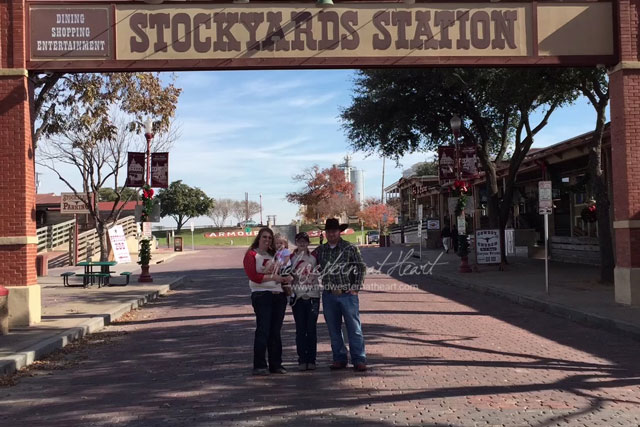 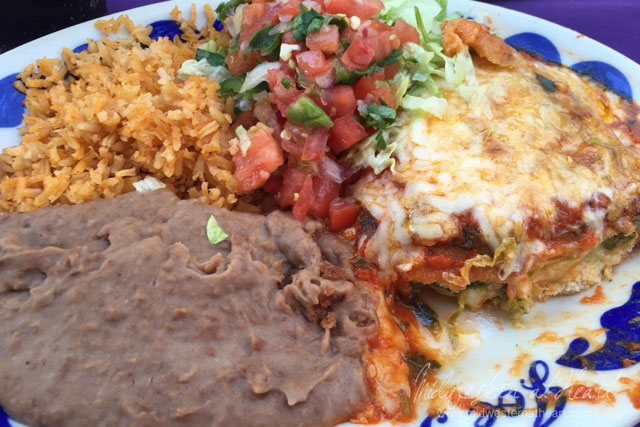 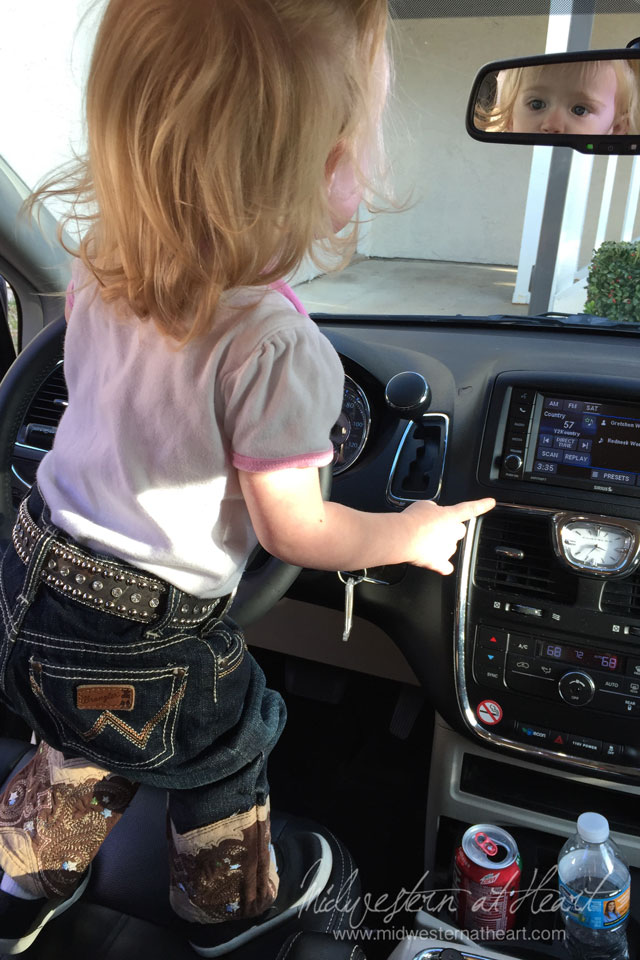 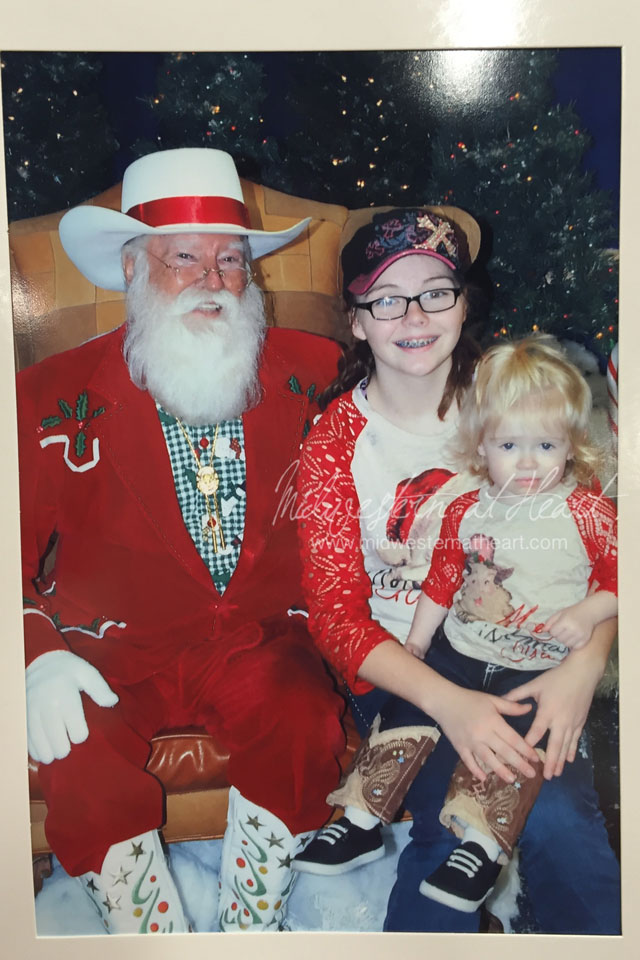 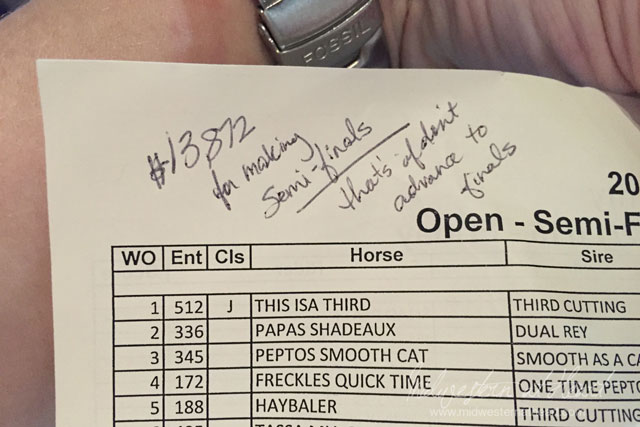 Saturday morning dad wanted to stop by the sales to see the horses and let Tbug experience that as well. We snagged hubby and dad’s hats and I took Tbug down on the arena floor. Then we took the guys back their hats and went to the sale. Around lunchtime, we met back up with my mom (she’d been shopping). Tbug wanted to eat at Risky’s Steakhouse for Calf Fries dinner so off to the Stockyards we went again. After lunch, it was a quick trip to World Market and Central Market, then back to the hotel for a nap. 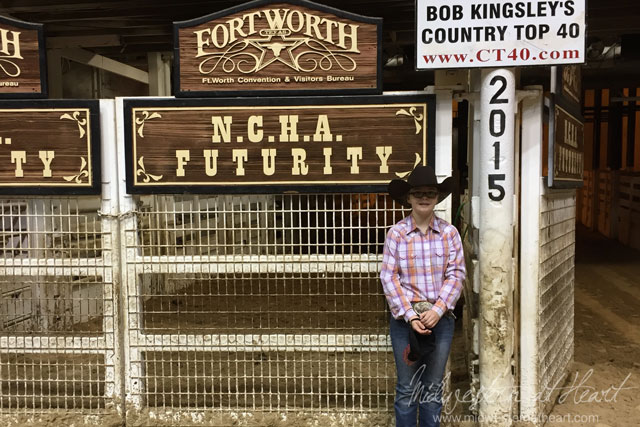 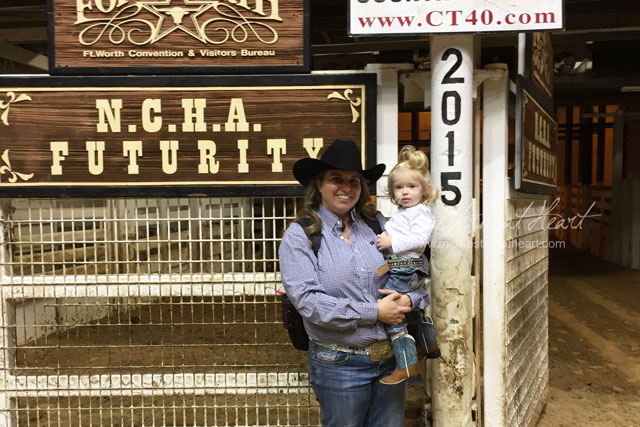 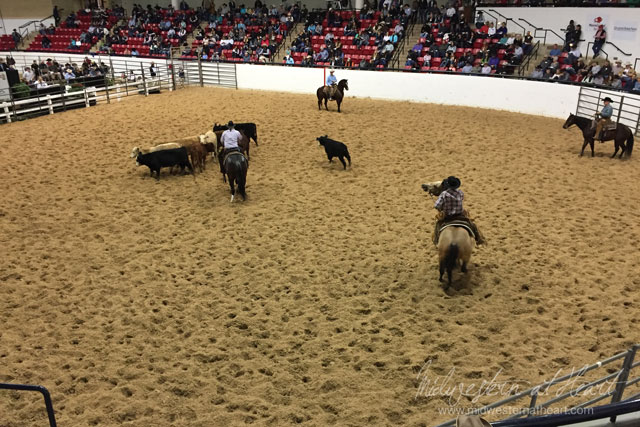 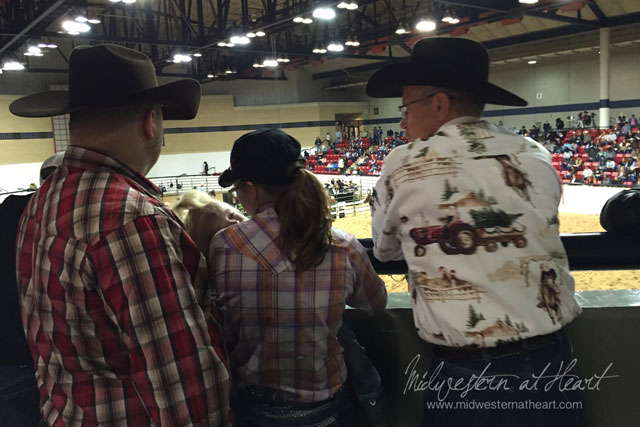 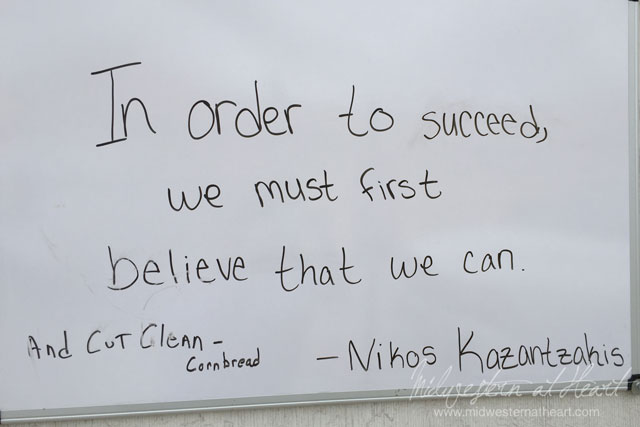 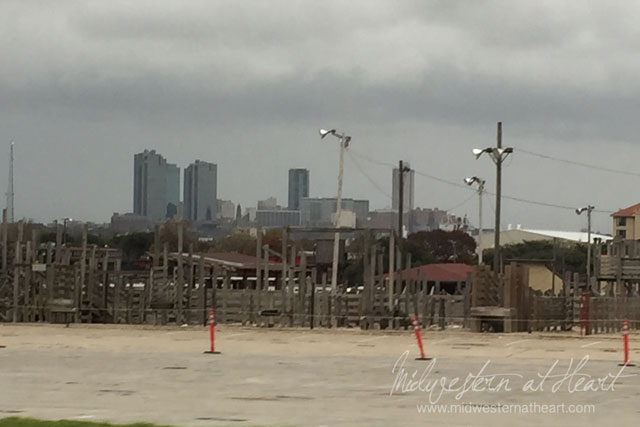 After the Open Finals, we headed to Pappadeaux’s. That’s when I became mean and sent pictures of food to our friend to make him jealous. So, when we were back at the hotel I took this snapshot of hubs and sent it to him as well. I was tired or mean or both. 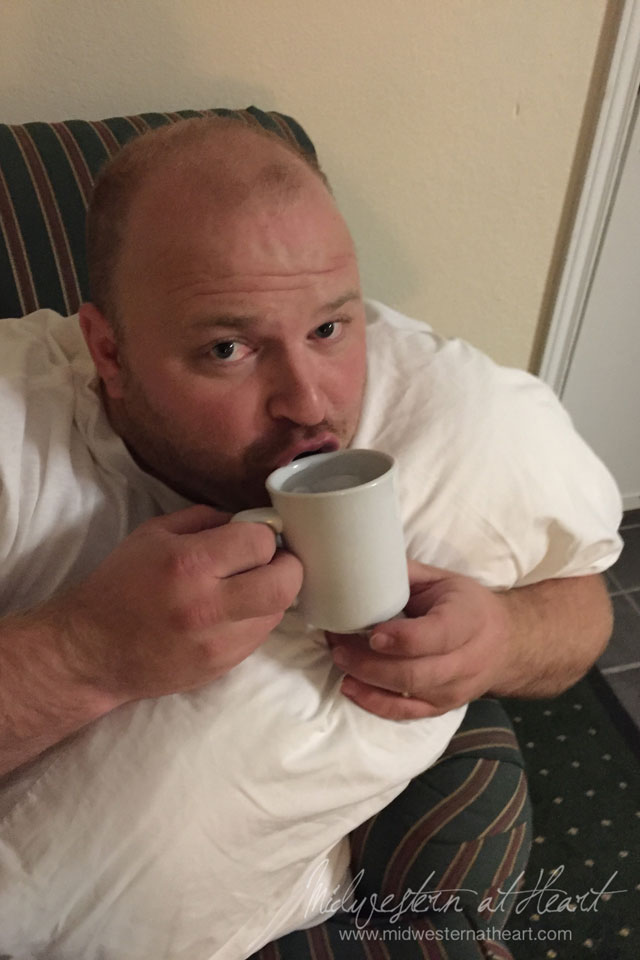 And that was what the weekend wrote. Sunday morning we were headed back home. At Central Market, we bought these waffle cone pieces covered in chocolate topped with peppermint that Abug loved! Tbug and Abug had a blast together the whole weekend and Abug loves her sister. I’m fairly certain Tbug loves her as well! When Tbug is around, no one else matters to Abug, except maybe grandpa. hehe :). We also met up with my aunt who lives in Texas for breakfast Sunday morning before we headed home. We left 80˚ weather and came back to a cold front that hit home. In fact, driving up to Oklahoma, we watched the cold front move through. If you didn’t know Oklahoma was flat for the most part, you’d have thought you saw mountains in the distance until the front caught up with us and we drove the last leg of the drive home in the rain. 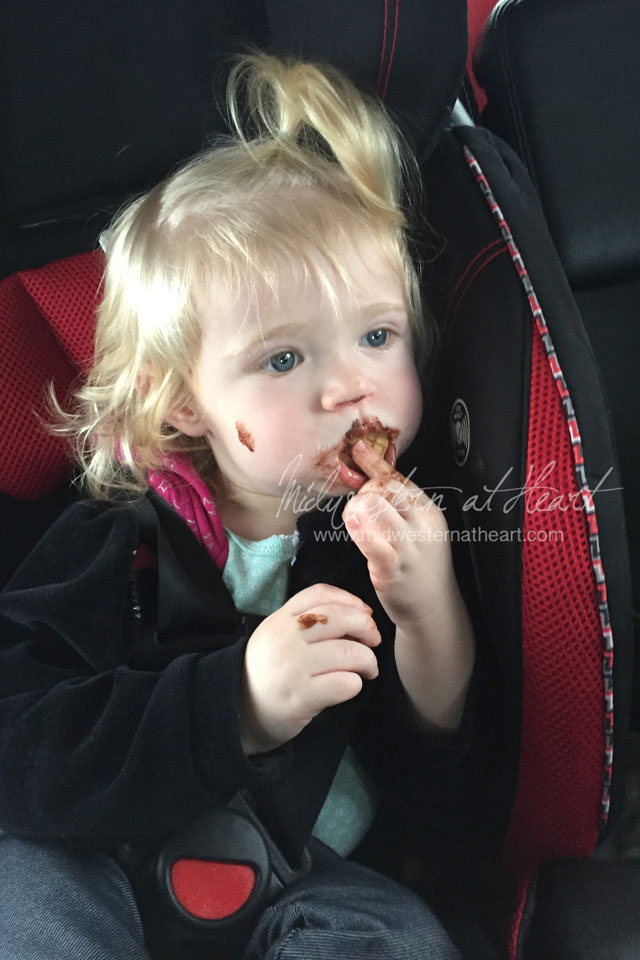 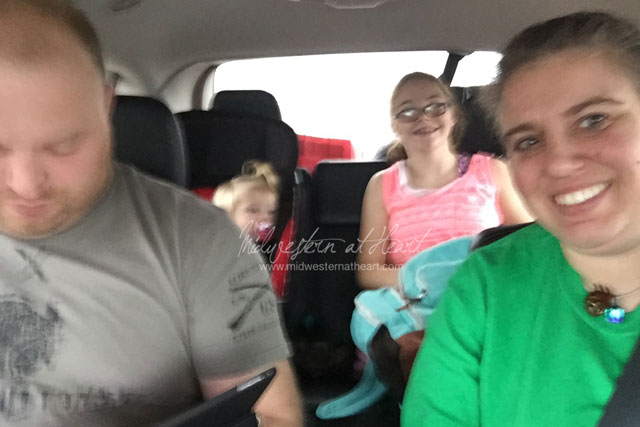 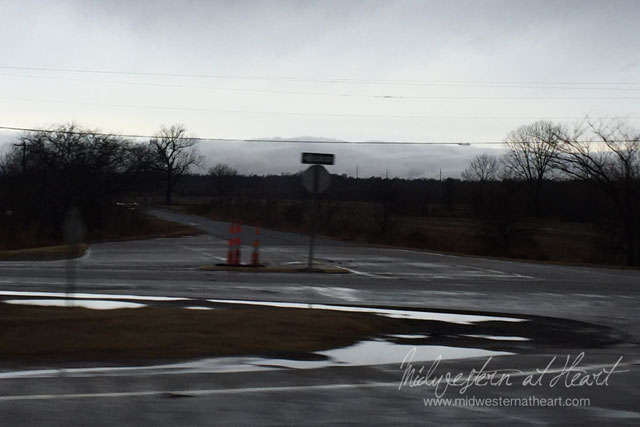 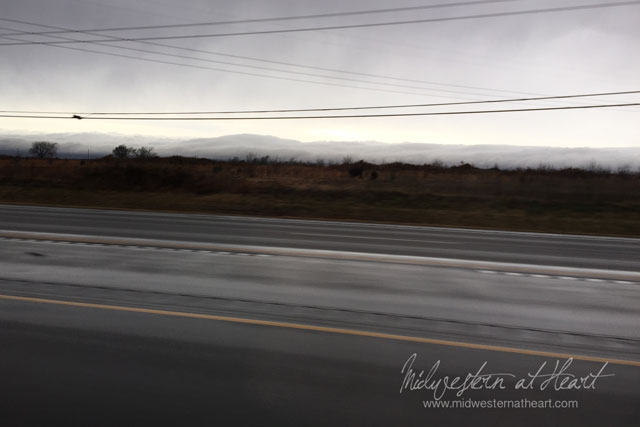