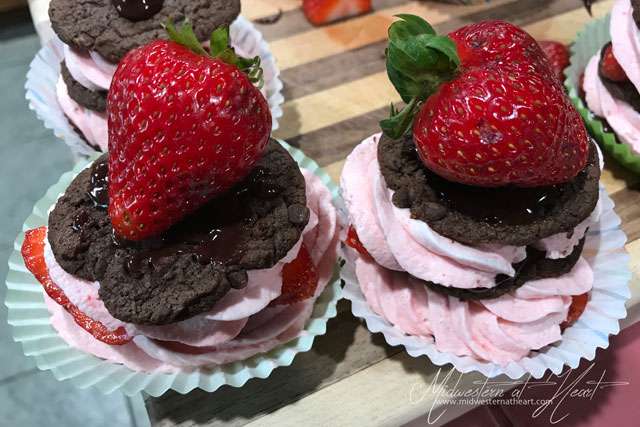 I swear, I’ve been obsessed with cakes and cookbooks. Well, the cookbook thing isn’t anything new. But this new, pretty, big, fancy cakes thing is new. I can’t tell you how many cookbooks I’ve at least picked up here recently if not put in my Amazon cart. No, I haven’t bought all of them… but a couple here and there. And the websites and the YouTube channels. Oh gosh, someone needs to break me of this habit. Although, right now I need to point out that so far this week I haven’t done ANY baking. I’m almost feeling at a bit of a loss.

Like I said, it’s become a new obsession I guess. The pretty cakes make me happy. One of the cookbooks I did pick up was the Simply Beautiful Homemade Cakes by Lindsay Conchar of Life, Love, & Sugar blog. Guys, no one asked me to say this, but the cakes that she put in this cookbook are just beautiful. I’ve made two of them actually. Although, these are cupcakes, not a cake… but aren’t they just beautiful? END_OF_DOCUMENT_TOKEN_TO_BE_REPLACED

When my husband and I got together, I was a Friends aficionado. It was sad really… I would quote lines and say things like crazy to the point he had to start watching it just so I didn’t have to explain myself all the time. Now we can call him a Friends aficionado also. He had a couple shows he was that way with too, one of which included Gilmore Girls. I had watched Gilmore Girls on and off, but never really paid a lot of attention. It was just usually on for background noise.

One day I was going through the Friend’s series again. He made me promise that once I was finished I had to watch Gilmore Girls start to finish. He owned all the seasons. I agreed. Man, that show is quite addicting! I really want to be Lorelai. She’s so spunky and the way she dresses. I really want her closet.

6 months to a year ago or so I found out someone wrote a cookbook. Hubby and I picked up the cookbook. I read through it but never really made anything from it. Sadly, that’s the way with most cookbooks I own and I own a lot.  Until now… 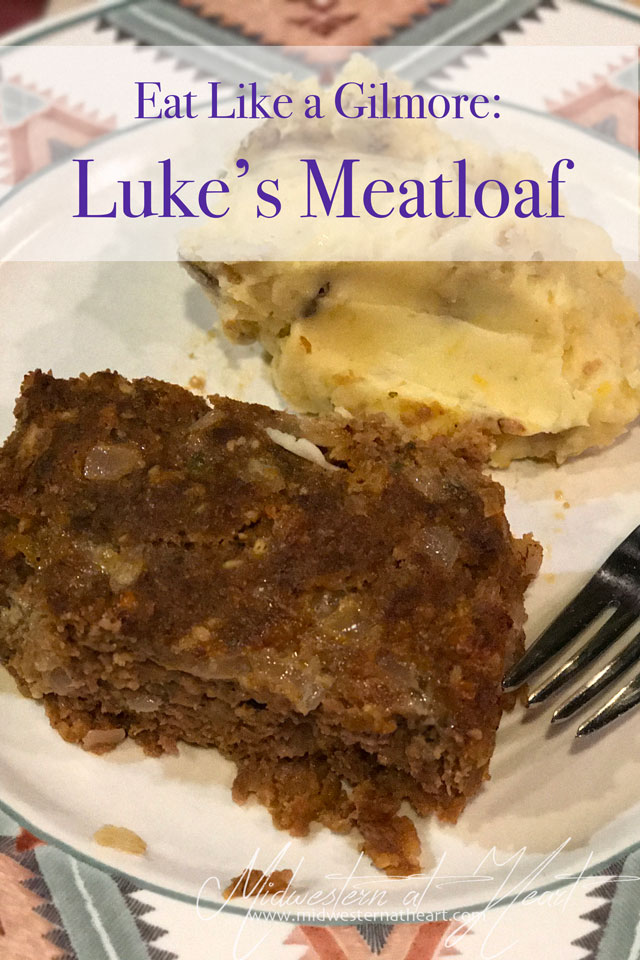 If there is one thing I can tell you about the Gilmore Girls, if you’ve never watched the show… They love to eat. Bam. That’s really all you need to know. ha! Well that and with all they love to eat, Lorelai is skinny minnie. How in the heck. Oh wait, that’s right, it’s TV. Oh and she also lives on coffee. But let’s save that talk for another day, okay?

END_OF_DOCUMENT_TOKEN_TO_BE_REPLACED 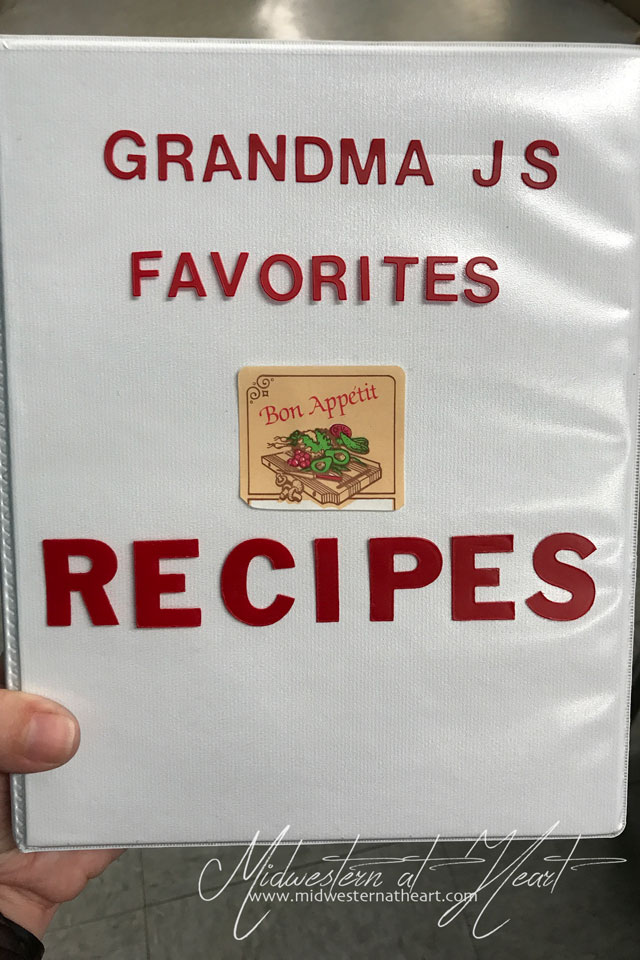 END_OF_DOCUMENT_TOKEN_TO_BE_REPLACED

Earlier this spring while I was still finishing my Master’s Degree, I took a class called Writing the Memoir, where we did just that, we learned to write memoirs. What does that have to do with anything? Well, one morning I was reading through my blog list when I noticed that there was one talking about a memoir by Andie Mitchell, It Was Me All Along. I wasn’t sure who Andie Mitchell was and forgot that she was the writer of Can You Stay for Dinner.

Noting that I was in this memoir class I clicked on the link that now takes you to AndieMitchell.com as opposed to her original blog title. I read through the blog post where she was discussing her book, etc etc. She got to the point in her life she weighed 268lbs and said enough was enough. In a little over a year she lost 138lbs and changed her food life challenges.

Then it was either that blog post or another blog post where she discussed her cookbook that was to be released in March of this year. It was supposed to feature recipes that she ate to help her achieve her goal weight and keep the weight off for 10 years. My interest peaked.

I mentioned my birthday was Saturday and for my birthday I got both her Memoir and her Cookbook. I have to say, I’m excited to read a book that isn’t required and is “fun” reading! I did get my Master’s in English after all and had to read a lot of books I’d never even heard of by authors I was unfamiliar with….

END_OF_DOCUMENT_TOKEN_TO_BE_REPLACED

That is my cookbook shelf.  There are a few cake decorating books and magazines on there but for the most part, That is ALL cookbooks.

And yet when I find something new to try on blogs or the internet.  I have to try it.

Looks harmless enough, right?  (If you don’t go read her post, I’ll at least give you a slight hint: This cookbook brand new is $240.)

Whoa!!  Hold the phones… That cookbook is what?  Yeah you read right, that isn’t a typo on my part.  Promise!  But she found it on Amazon as did I for cheap.  I think mine was like $5.95 free shipping…

Yeah I haven’t completely flipped my lid yet!  Give me time though. ha!

But look at all the pretty pictures!

Now there are some foods in there that I absolutely don’t think I’ll touch, like squid, octopus, etc.  That just doesn’t sound appetizing to me!  But some of the others… heck yeah!

So speaking of trying new recipes that I find, I was reading Life After the Aisle and Ashley had a recipe for Crock-pot Cream Cheese Chicken.  Her picture made it look to die for!  The recipe looked super simple.  I finally own a crock-pot, which I’ve never used.  Okay now was the time to try it, right?
{INGREDIENTS}
2 c. Cream of “something” Soup
2 Boneless, Skinless, Chicken Breasts
2 T Italian Seasoning
1 T Sugar
1/4 t Black Pepper
1 t Salt
2 Cloves Minced Garlic (I used 5 lol)
1 block of Cream Cheese
Noodles or Rice

{DIRECTIONS}
Put everything except for the cream cheese and noodles/rice into the crock-pot.  cook on low for 6 hours, or until the chicken is cooked through and begins to shred.  Shred the chicken with two forks and mix in block of cream cheese.  Turn it to high and cook for another 30 minutes, or until cream cheese is fully melted.
While the Cream Cheese is melting, boil noodles or rice.  Serve cream cheese chicken over rice/noodles.
So Monday night this is what my dinner looked like!  It was out of this world good!

So then I was perusing the blog Stacy Says and this recipe showed up: Thanksgiving Turkey Cake.  Um… they can’t be serious right?

Yeah they were… Look here!  Ok I think this might actually be one I don’t try.  (click on the link above, it gives you step by step instructions… sounds interesting though!)

But I did try this Rachael Ray recipe for Quick Turkey Croquettes a couple years ago.  Not bad if I do say so myself!

Okay enough with food!  This going back to standard time has my stomach saying it’s eatin time and my eyes say Nope, you are sadly mistaken!

I’ve been up since 6am this morning.  I had time to load and run the dishwasher, clean Audrey’s cage (potty training a puppy sucks!), move the clothes from the washer to the dryer and start another load in the washer, straighten my hair (which takes longer than curling it), make-up on and still watch part of the Nanny.  Wowza!

Ok I think I’ll go crash now.  If anyone here’s snoring, it’s coming from the dog!