In my Memoir class Dr. Morris had us do an exercise on that “first line” of works. We just had to pick up books and read those first lines. Have you ever done that? It’s quite interesting. We had to examine 10-20 works and then narrow it down to 10-12 that we liked. Then we had to examine our own works and our own first lines. I actually admitted in class I blog. I think it makes me sound like a nerd even though I do like it. I really do, sometimes probably more than I should. I guess if I’m going to be a nerd I should own up to it. I have the glasses and I was a band geek. In fact, my dad loves to point out that I could have had a scholarship if not a full ride scholarship to play in the band in college and he wouldn’t have had to pay for me to go to college. Sorry dad! I also heard if you are musically inclined you’re good at Math. At one time I was good at Math… now… well I have my moments.

My first line of this post by the way… Happy Saturday. Real engaging, right? So in my research for my Memoir class… One of the books I picked up was Taya Kyle’s American Wife: Love, War, Faith, and Renewal. Here’s her first line…

“If I could sum up my life in four words, they would be these: Love, War, Faith, Renewal, taken together, these have brought me great joy, though with that joy I have also found the deepest sorrow.”

If you don’t know who Taya Kyle is, she was married to Chris Kyle, the American Sniper who was killed on American soil after he retired from the military and joined forces in helping other solders with PTSD.  Anyway, her opening line is much better than my Happy Saturday! That’s for sure! If you’ve made it this far, thanks and congrats. I might shut up now, but not before I give you a restaurant review because, well… that’s what I do.

This week a friend of ours turned 16. Wow I remember turning 16. We were getting ready to go home when they asked if we wanted to join them for dinner for his birthday. We said sure. The plans were to go to Old Chicago which is a new pizza place here in the area.

They gave Abug a kids menu but were out of crayons so we gave her an ink pen. Then I stole it and wrote on hubby because I mean, why not! It says SHMILY in case you can’t figure out. It might be a bit of a stretch but you can see it. 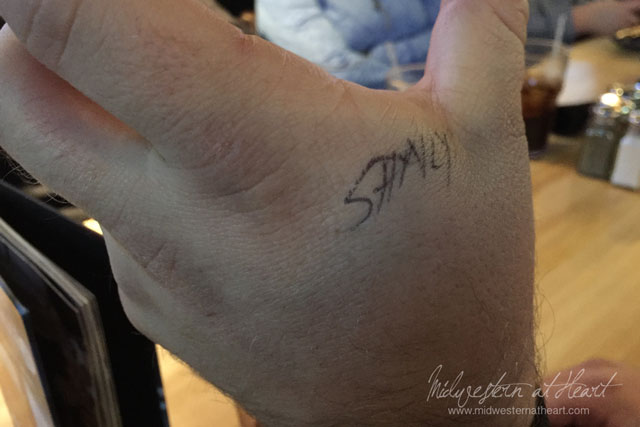 Anyway I’m sure you’re more interested in the food, which by the way, YUM! Okay so this was an appetizer. I have no idea what they are called but HOLY YUM! Their website kind of needs help! but I found what they are… they are Sicilian Pepperoni Rolls. Basically a pepperoni pizza in a roll form. All you need to know is holy yum! 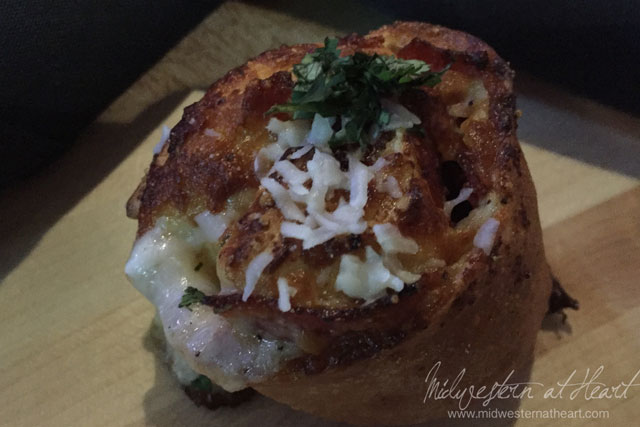 These, these are also holy yum! These are Fried Mac and Cheese bites. A couple weeks ago we brought Jared and Karen here (or actually met them here, whatever) and I had a free appetizer coupon so we got these and tried them. HOLY Cow were they awesome! So awesome. And my fingers look like hubbys here but I promise that is my hand and I don’t have manly hands…. I don’t think. 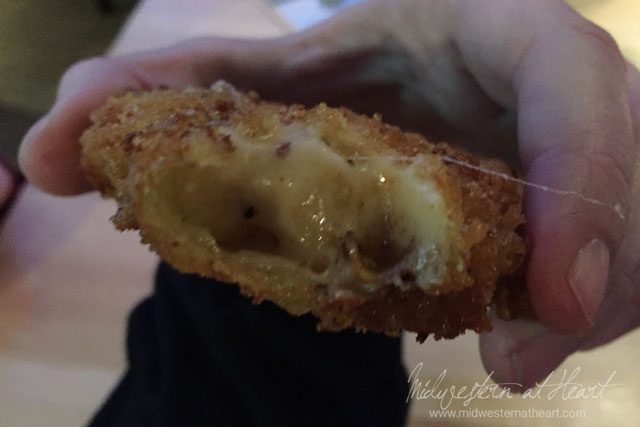 They also got Sausage and Beer Onion rolls. In my opinion, the others were better. Hubby really liked these and thought they were better. See… difference in tastes. 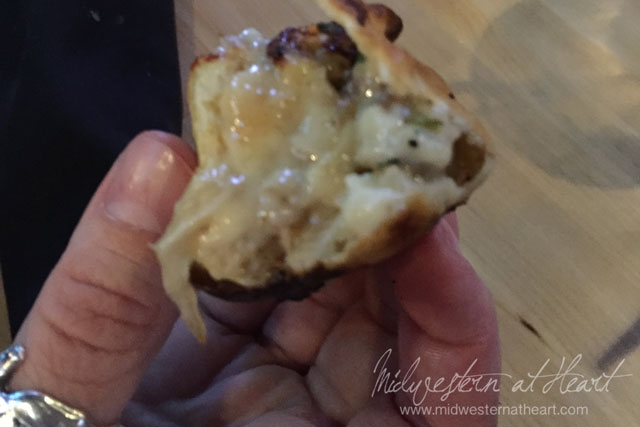 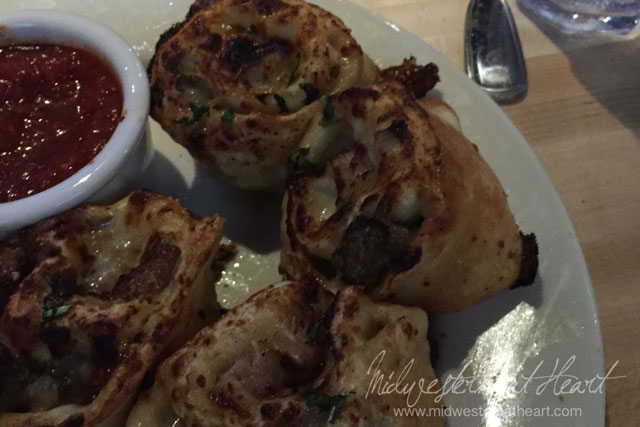 Then we got 3 pizzas. One was at the other end of the table and I couldn’t get a picture of it. I’ll tell you, their deep dish “Chicago” style crust is better than this original by far. Now when they said Chicago style… well… I’ve had pizza in Chicago and it definitely was a lot thicker than theirs is but still, their Chicago style pizza is way better than this original crust. Just saying.

I think the one on the Chicago style crust was Meat Me. Italian Sausage, Canadian Bacon, Andouille Sausage, and pepperoni.

This one was the Tuscan Chicken with Spinach. Chicken, sun dried tomatoes, spinach, tomatoes, and garlic. YUM. Abug even ate an entire piece herself. Yes, the kid can put away food. haha. 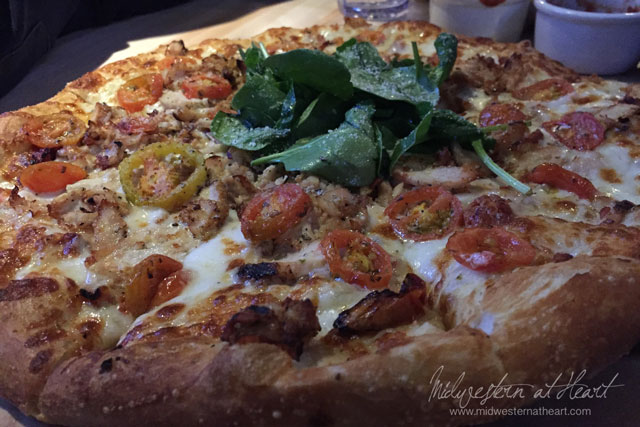 This was the Hawaiian pizza. It was a base of a Thai Chile sauce, Canadian bacon, pineapple, red peppers and green onions. I’m not crazy about pineapple and ham together so this was my least favorite. Truthfully I didn’t get any of the one at the far end of the table so I only ate the one above…. 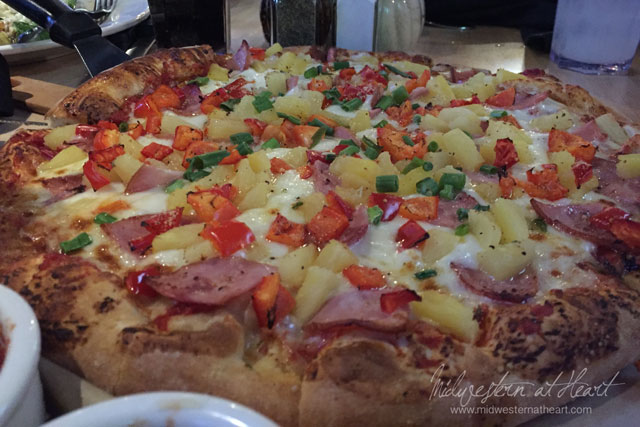