So as I told you the other day, Pokey and Earl are remodeling their house, again.  I really wish I’d have gotten pictures of the garage before they even started cleaning on it but Earl didn’t even get any.  Oh well, I’m their paparazzi so I made sure they’ve gotten pictures since :).

This morning they promised hubby breakfast if he’d come and help do the electrical work on the house.  I didn’t know there was breakfast involved or I’d have come to help as well. ha!

By the time I got to the house this morning I saw that they were putting in the support pole.  Sadly, Pokey sent Earl, TB and me to the store to get a cedar pole.  Earl called to make sure they had the pole and check the price.  The guy on the phone told her.  Then Pokey called back to double check because it seemed too good to be true.  He got the same answer.  We got over there, wound up with Pine which is what the guy on the phone quoted, came home and we were wrong.  So now they’re going to wrap the pole in cedar.  Ah, one hit after another.

We also met the boys at another store looking for ceiling fans.  Woohooo that worked out great.

Once we got back to the house with the pole, the boys went back to work, placing the pole. 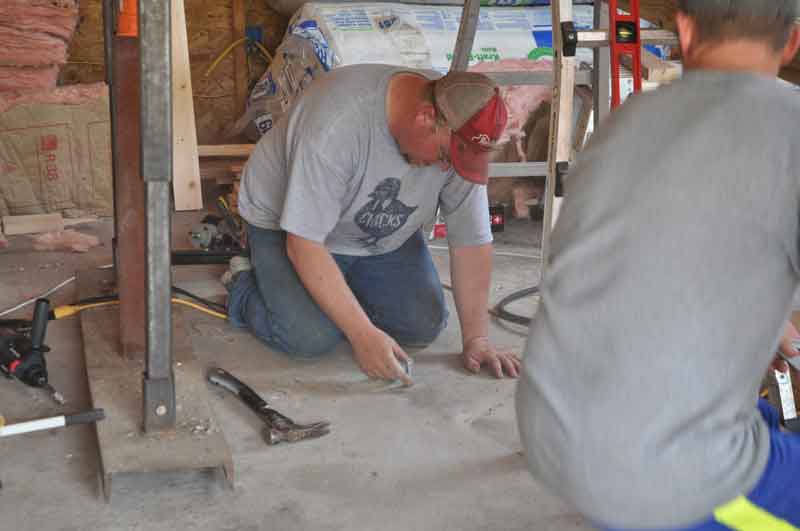 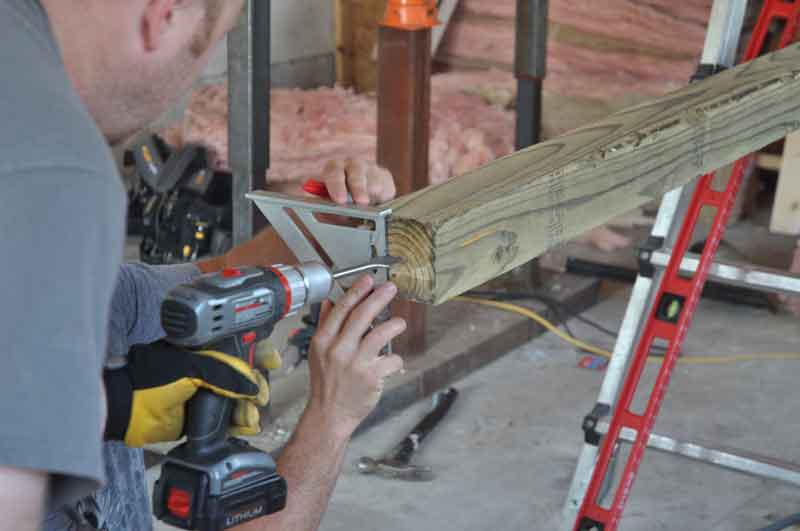 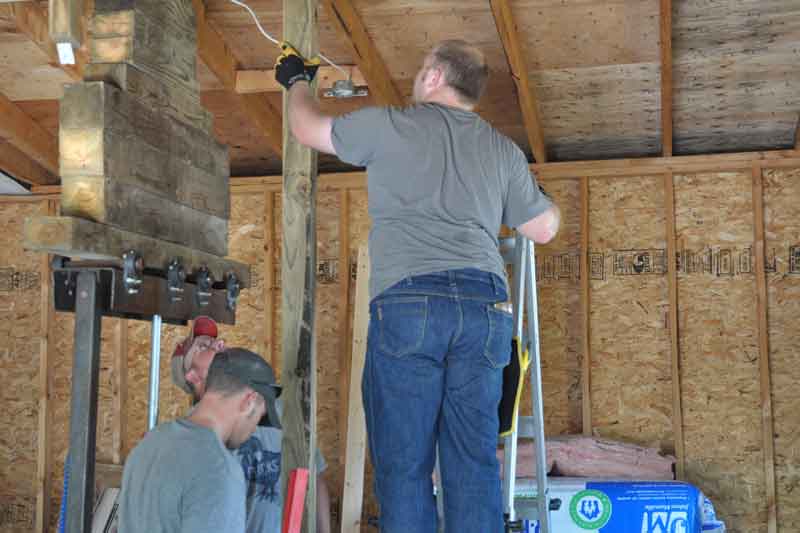 Hubby and I were going to have to leave shortly because we were going with my dad to pick my mom up from the airport as she was getting home from Germany today.  Anyway before we left they decided to go ahead and start breaking down the wall between the garage and TB’s room.  TB’s room is going to move to the current living room and it’s still up in the air (from what I hear) about what TB’s room will actually be turned in to. 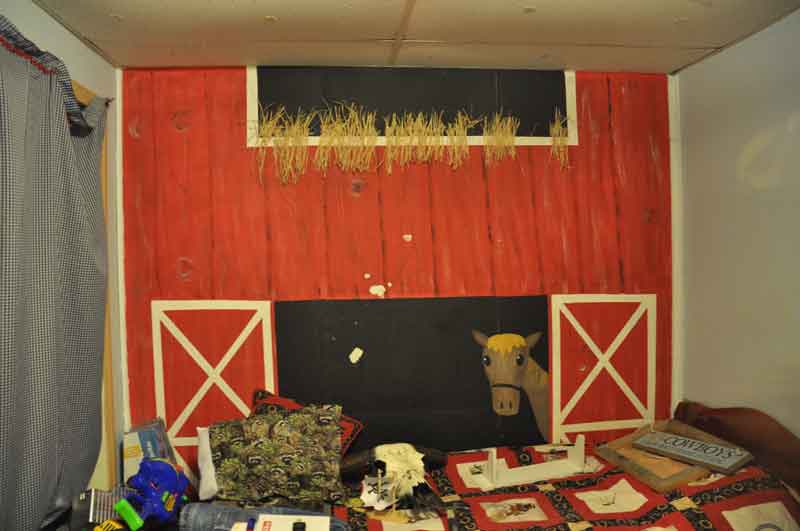 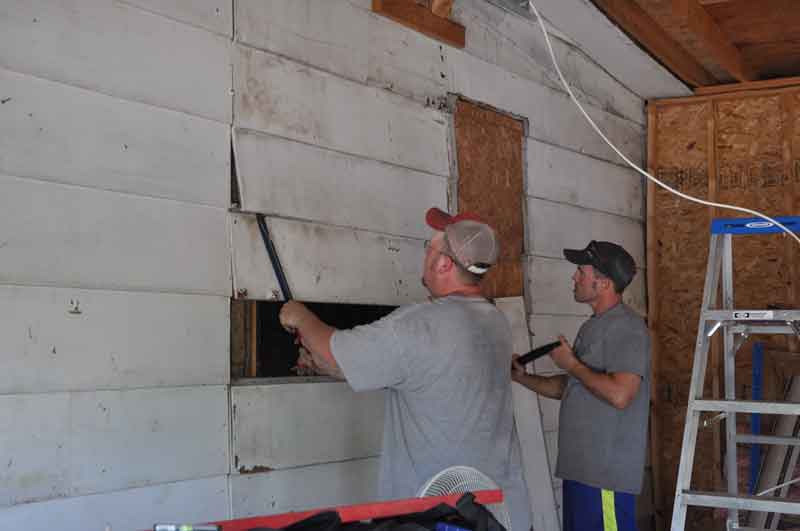 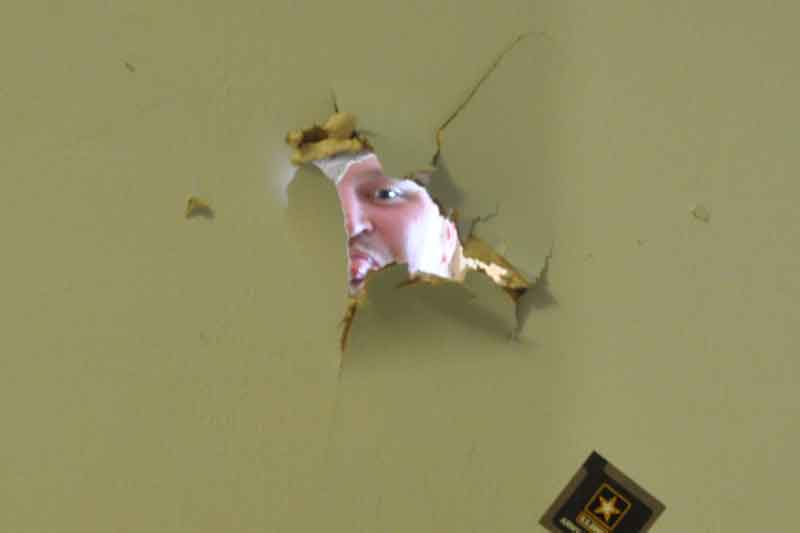 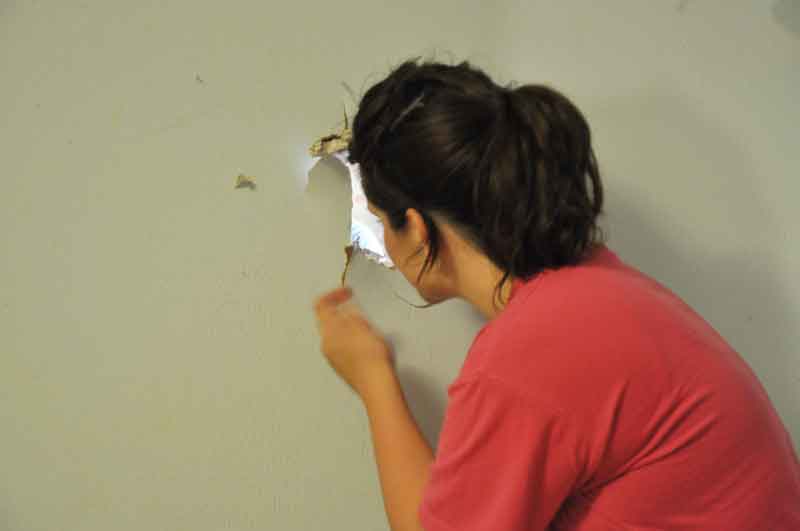 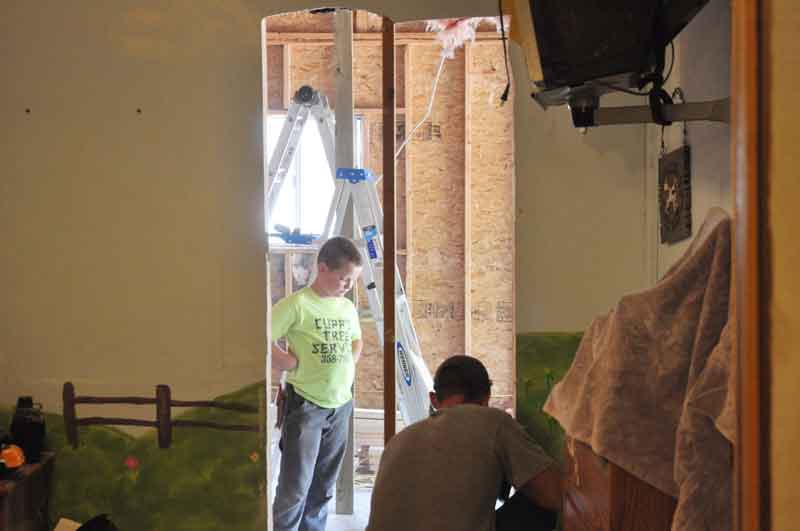 Stay tuned for more of an update!