Are you lucky enough to be Traveling For Christmas?  I’m jealous!  Are you going out of the country?  I’m jealous!  Well if  you go here, you can see how to say Merry Christmas around the world.  I chose some of my faves though to share with you:

Ok so there are a few.  You can thank me when you need to speak those languages 🙂

Belgian:  Those children believe that St. Nicholas bring them their presents on horseback so therefore they leave hay and carrots out for him.  They do this on December 6th.

US/Canada: The children put on pagents and go caroling.  Stockings are hung and trees decorated for Santa to fill and leave presents under.  Both adults & children exchange gifts with friends and families.

China: The Christians in China celebrate Christmas by decorating their homes with beautifully decorated paper lanterns.  They refer to Santa as: Dun Che Lao Ren.  The children hang stockings for Santa or Dun Che Lao Ren to fill.

Czechs: Serve large multi course meals on Christmas Eve consisting of appetizers, soups, salads, meats leading up to the big finale of dessert.  No matter how large your family is, there’s always room for you at the table set for the Christ Child.

Denmark: The elves known as Juul Nisse are believed to live in the attics of their home.  Santa, known as Julemanden, arrives in a sleigh pulled by reindeer.  They leave him the treat of rice pudding and milk.

England: This is where the tradition of the Christmas tree comes from.  A second tradition for Canadians comes from England’s Boxing Day (which I don’t know much about… you must in form my all my Canadian friends!!)  Thirdly they refer to Santa as Father Christmas.  He wears long red robes and has sprigs of Holly protruding from his hair.  They save postage because instead of mailing Father Christmas their Christmas list, they throw it into the fire and he reads the smoke.  They wait until afternoon to open their gifts.

France: Pere Noel (Santa) is accompanied by Pre Fouettard who keeps track of the naughty and nice girls and boys.  Some parts of France, the children receive small presents on December 6 followed by more gifts on Christmas.  Children open their gifts on Christmas while adults wait for New Years.  Instead of hanging stockings, they place their shoes by the fire in hopes of being filled with small gifts.  Dinner is served at Midnight on Christmas eve (Le Reveillon) followed by cake (La Buche de Noel).

Italy:  La Befana brings gifts for the good and punishment for the bed on January 6th, their believe is that is when the Wise Men actually reached Jesus.  The nativity scene has been credited to Saint Francis of Assisi.  Now villages hold contests for the “Best” nativity scene around.

India: Mango leaves are used to decorate the houses while lights are placed in the windows and stars hung outside.  Thali, a sweet treat, is exchanged with friends.

Japan: HOTEIOSHA is a priest similar to our Santa who brings the presents to children.  The only tradition that they share with us is the gift of giving.  They dress their houses with greens.

Mexico: Christmas, known as Navidad, is a 9 day tradition of parties and people dressed as Mary & Joseph knocking on doors to see if there is room in the Inn for Mary.  After being told, “No” the door opens up to huge parties.  On the 9th day they hear yes and proceed on to Church to celebrate Christ’s birth.

The Netherlands:  Sinterklaas leaves Spain on December 6th originally coming to Sweeden by boat, delivers presents on horseback.  Shoes are left full of hay and sugar for the horse and come morning they are replaced with candy and nuts.  When seen by the children he takes on their father or close male relative in figure form. 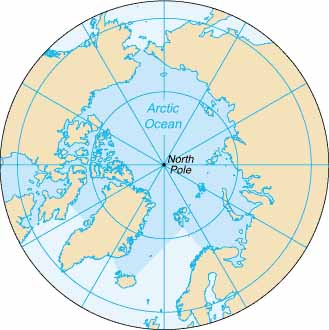 Poland:  The streets are lined with painted boothes, called JOSELKI, with scenes from the Christmas story.  They are lit by candle light and contain tinsel.

Spain:  Children believe that the Wise Men reenact the journey to Bethlehem every Christmas so they leave treats for the horses of straw, carrots and barley in their shoes by the window sills.  Balthazar, one of the Wise Men, is believed to leave presents for the good boys and girls.  On Christmas Eve dinner is eaten around the Nativity scene.

Sweden:  Santa is referred to as tomte.  He is a gnome that lives under floors of houses and barns and his sleigh is drawn by goat.  December 13, known as Saint Lucia’s Day, the oldest daughter is to dress in white with a ring of candles in her hair.  She wakes the rest of the family to serve them breakfast of coffee, buns & cookies.  JULKAPP is a present wrapped in many layers.  The longer it takes to open the present, the better the JULKAPP.

Russia: Babouschka brings the gifts.  As tradition has it, she refused food & shelter for the Wise Men so she is bound to search the countryside looking for baby Jesus, delivering presents to the good boys and girls along the way.  Santa started as Saint Nicholas but later known as Grandfather Frost wearing a suit of blue.  After the Revaluation of 1917 Christmas was banned.  They now celebrate New Years Day with decorated Christmas trees.

And I just did some research, so I’m not claiming to be an expert.  If you are here from another country and I got your tradition wrong, I’m so sorry and I’d like to know.  I’m fascinated!!!

0 thoughts on “I'm dreaming of Christmas!!!”